Now, this is a tad off-topic, but I was wrapping some paintings in the studio today and had the television on.

Playing in the background was an old British comedy from 1963, Doctor in Distress, with James Robertson Justice and Dirk Bogarde.

(You could tell it was a 50 year-old film because at one point, dishy Doctor Dirk examined a female patient's chest.  "But doctor, it's my ankle that's hurting."  The scene ended with chirpy music, rather than a sexual harassment case and counselling.)

However, what suddenly caught my attention was this beauty. 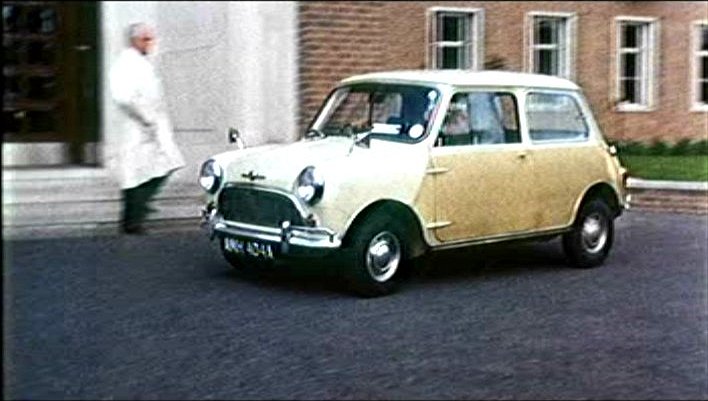 In case you can't make it out, its wicker-work painted onto a cream shell.  A cream shell! 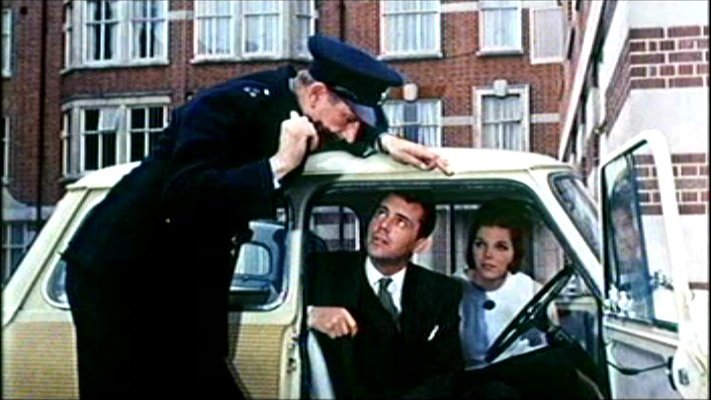 
Blimey, that's just like the Radford mini customised by coachbuilders Hoopers for Peter Sellers in 1963!!

Except his was black, so you could actually see the wicker.

Here's a close-up of the workmanship.  That's not painted on, that's actual wicker that has been sanded down until paper-thin, and then applied to the bodywork.  No wonder it cost £2600 (four times the price of the basic model). (You could buy a house for £4000). 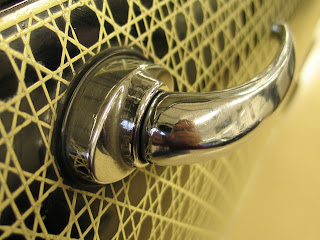 But wait a minute - that's not what's going on in the car Dirk is driving.   Have a closer look. 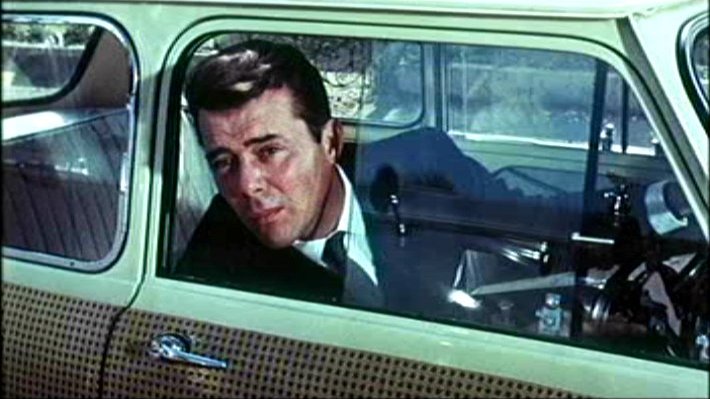 That's an actual piece of B&Q wooden trellis stuck on to that car (or the 1963 equivalent, which would have been purchased at a very nice ironmongers in the high street rather than a giant orange warehouse on some soulless industrial estate).  It's far less intricate, and you can see how thick it is, especially round the door handle.  It's all a bit Barry Bucknell .

So what the film makers did was fake-up a mini in order to make the movie really hip and right-on by referencing a very current iconic 1963 moment - namely the glamorous celebrity Peter Sellers with his achingly groovy customised mini, an event which was splashed all over the news.  Famous people having nothing better to do than run around in cute fancy cars was a kind of seminal moment, signalling that the country was finally emerging from post-war rationing greyness and the threat of Cuban missile-crisis nuclear annihalation by letting its hair down and just having a bit of fun.

And what says 'frivolous fun' more than sticking a bit of wicker on your mini?

But now no-one gets that.  Except very very sad mini people.

So in the meantime, lets just admire Dirk there with that sliding window, chain-pull door opening system and external rear-passenger window hinges, and think of 1963 which seems like a whole world away now, rather than just 50 years ago.
Posted by Judith at 16:13