Taking Photos on the Yorkshire Coast

I was out over the Easter holidays to the coast of Yorkshire on a field trip to take photos for a series of new paintings.

I started off at Spurn Point near Hull, and worked my way up to Whitby.  Suffice to say, it got rather more scenic the further north I went!

Here's the lighthouse at Spurn Point - honestly, there is a lighthouse there, in the distance... 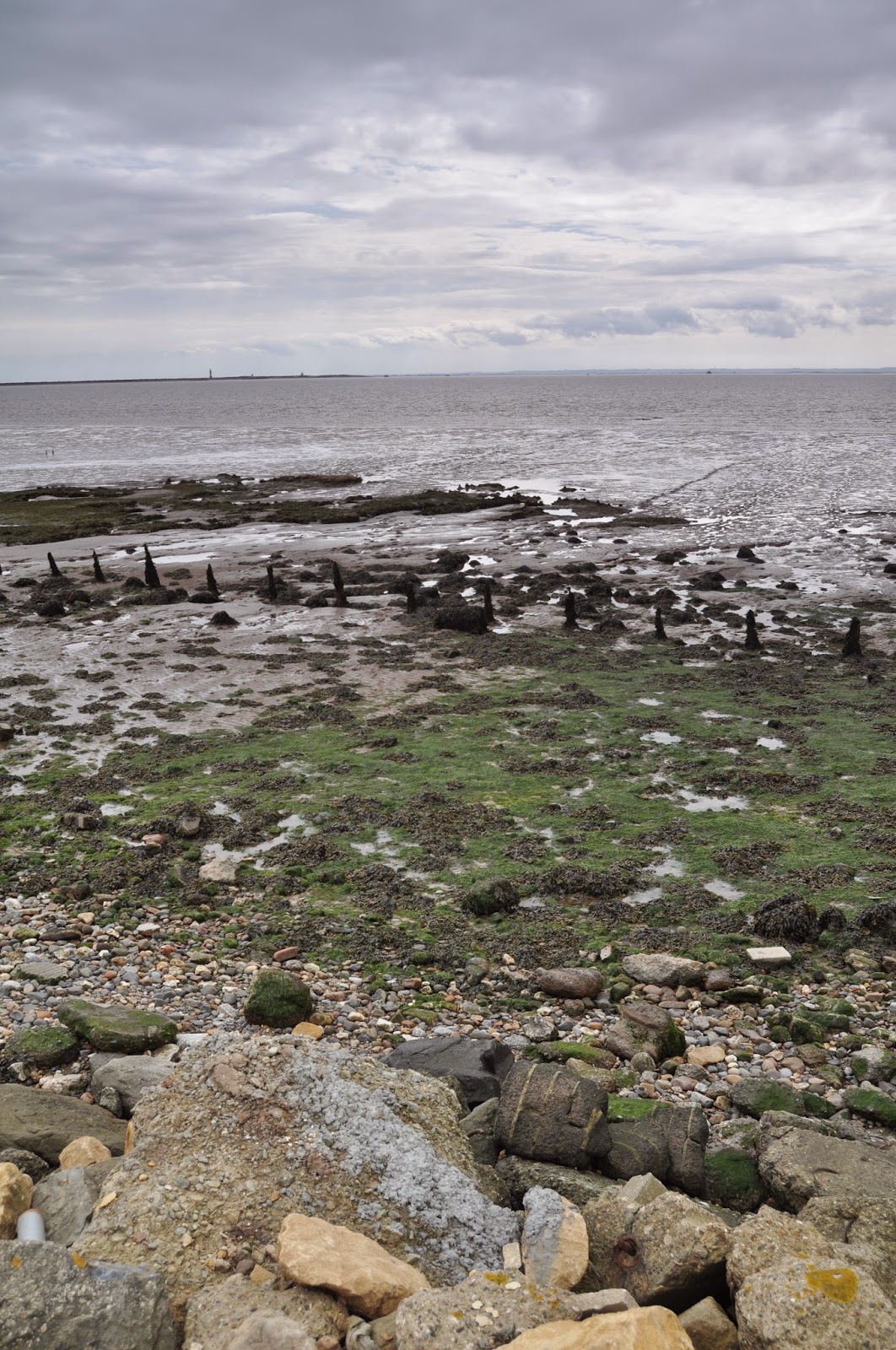 This is Flamborough Head. The gorse was out, and the coastal path smelt strongly of coconut in the warm sun. 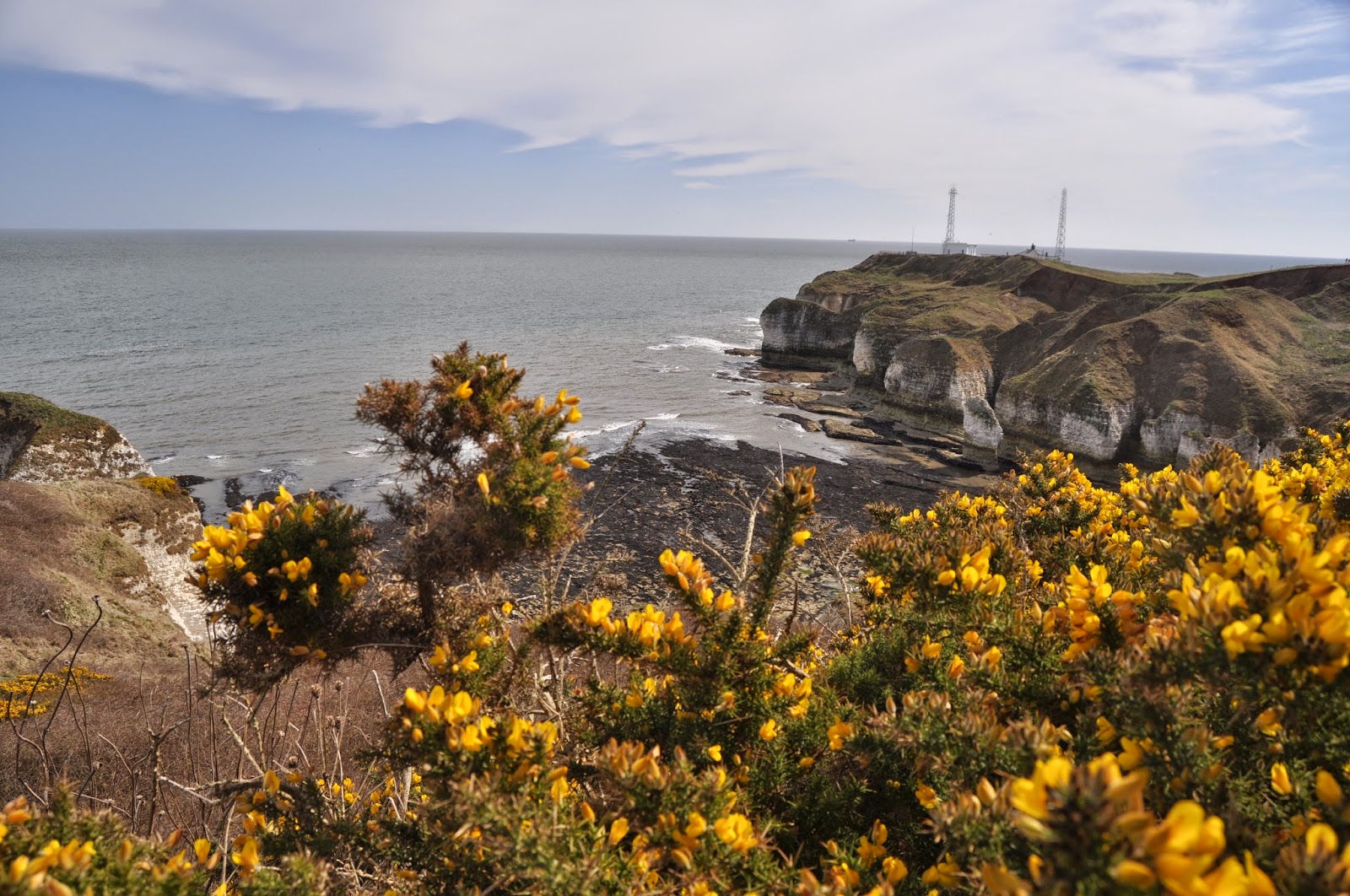 One cove had an old tractor abandoned in it, which was pretty exciting.  It had wonderful colour and texture with all the rust, and reminded me of an old tractor on the pebble beach at Aldeburgh which used to be used for pulling the fishing boats up on to the shingle.  It just made me want to draw it with a big piece of charcoal. 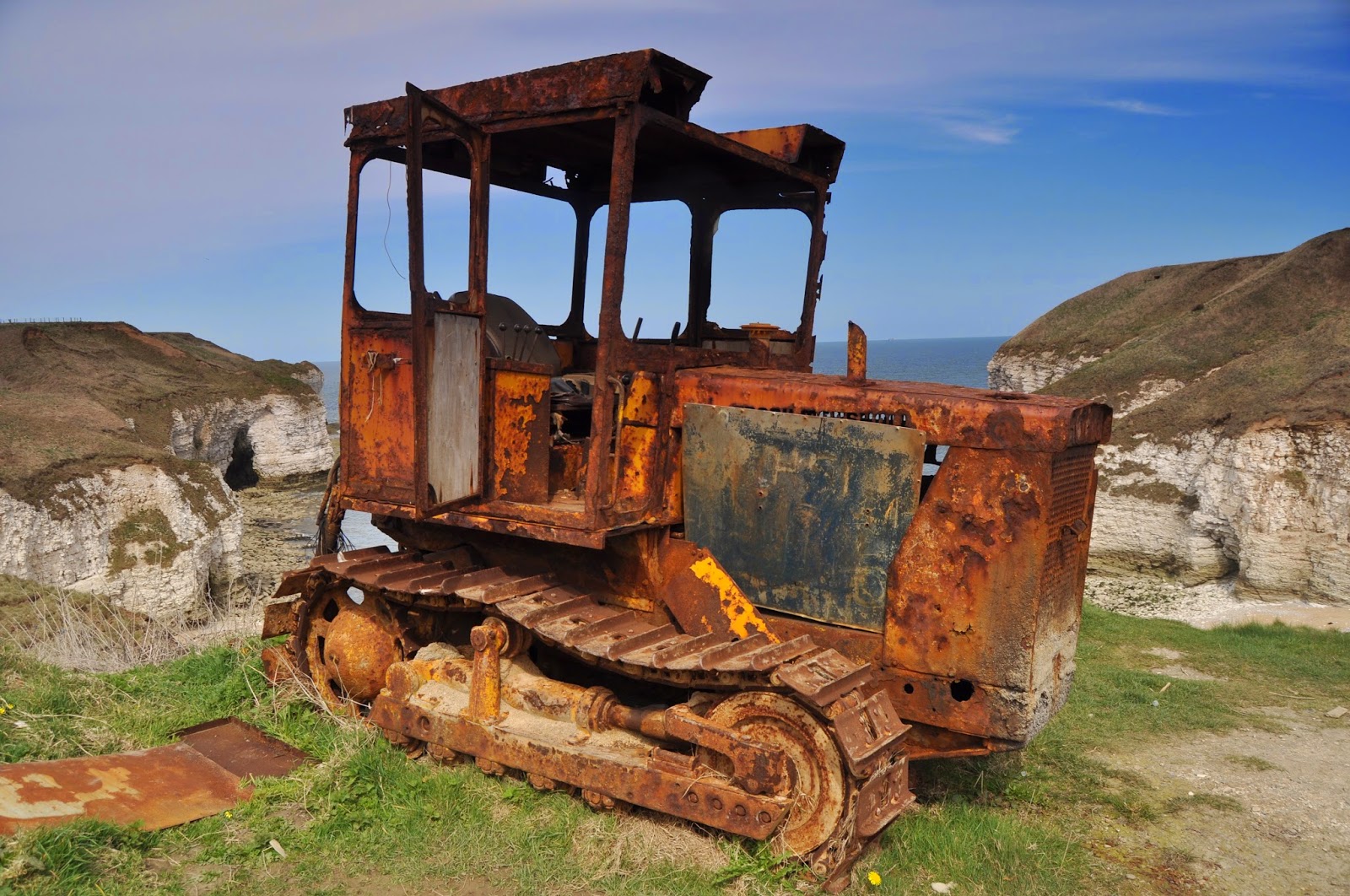 Then it was on to Bempton Cliffs, which had just opened the day previously as an RSPB reserve.  The facilities were all brand spanking new, and staffed by very very keen staffers who were all very very very keen.

The cliffs smelt strongly of ammonia from all the guano, because there were so many birds wheeling about, crying and nesting and squabbling.  There were various hides set up along the cliff at viewpoints, with wardens who could show you the various types of birds with powerful telescopes. 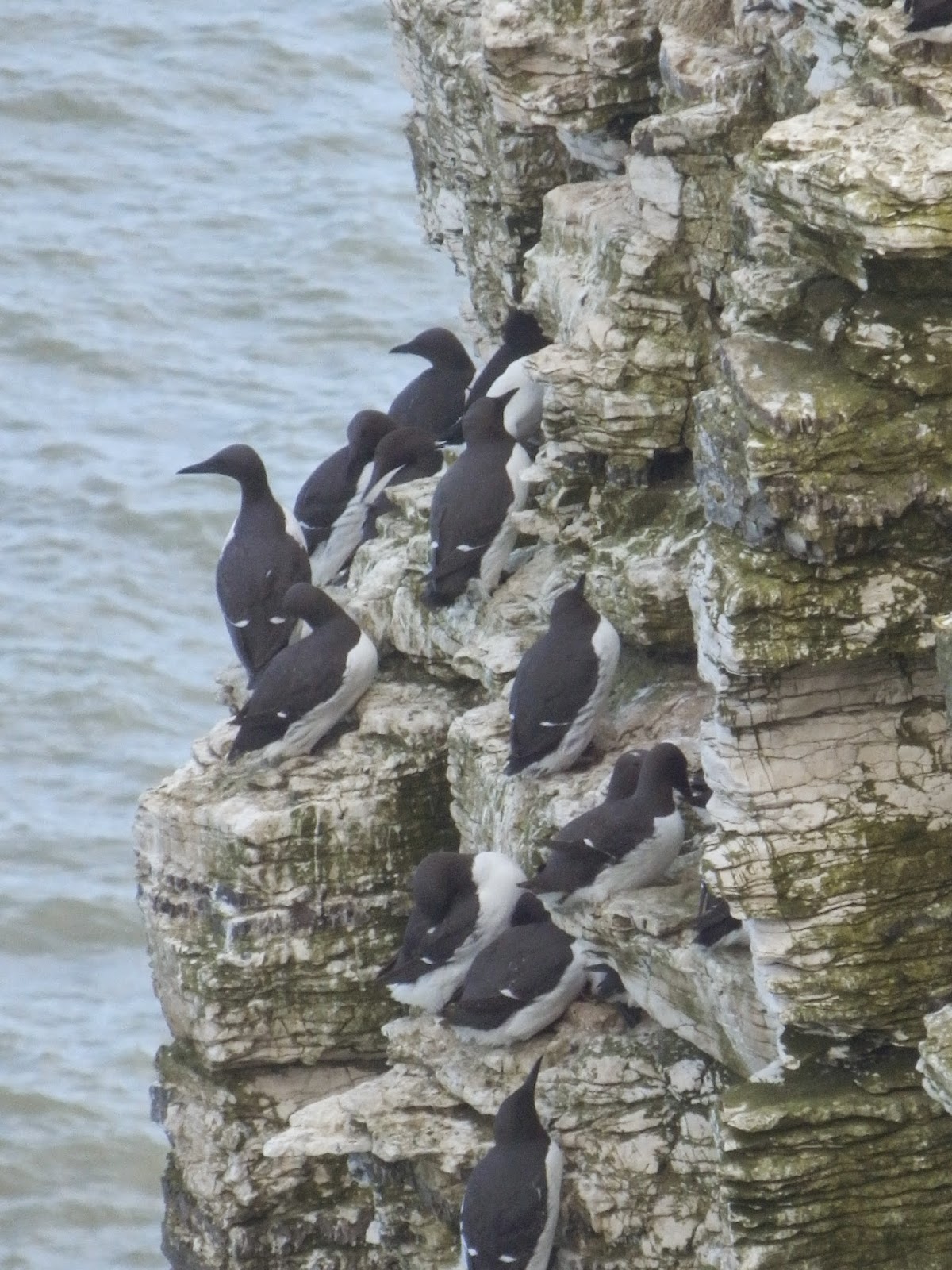 Many people had come to see the birds, armed with all sorts of photographic wizardry and tripods and equipment, and truly massive lenses on their cameras, like this chap who had traveled from near Carlisle for the day.  It made me feel very inadequate with my little Nikon. 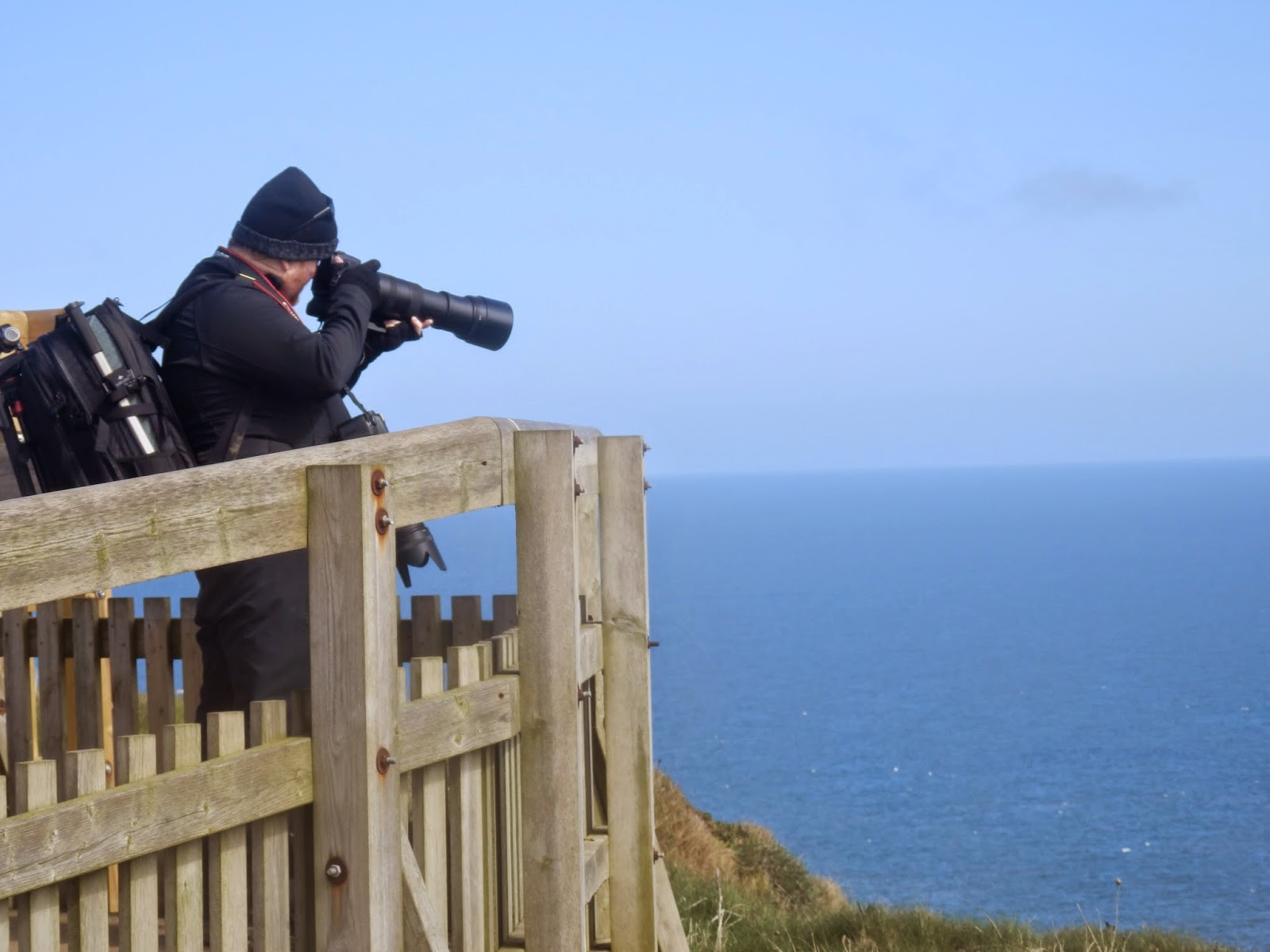 However, I was gratified that with all his equipment, he couldn't get a picture of a puffin, and I did.  Well, there were only 5 on the cliff in amongst all the hundreds of thousands of other birds.  Sometimes it's not the equipment, it's knowing where to point it.... 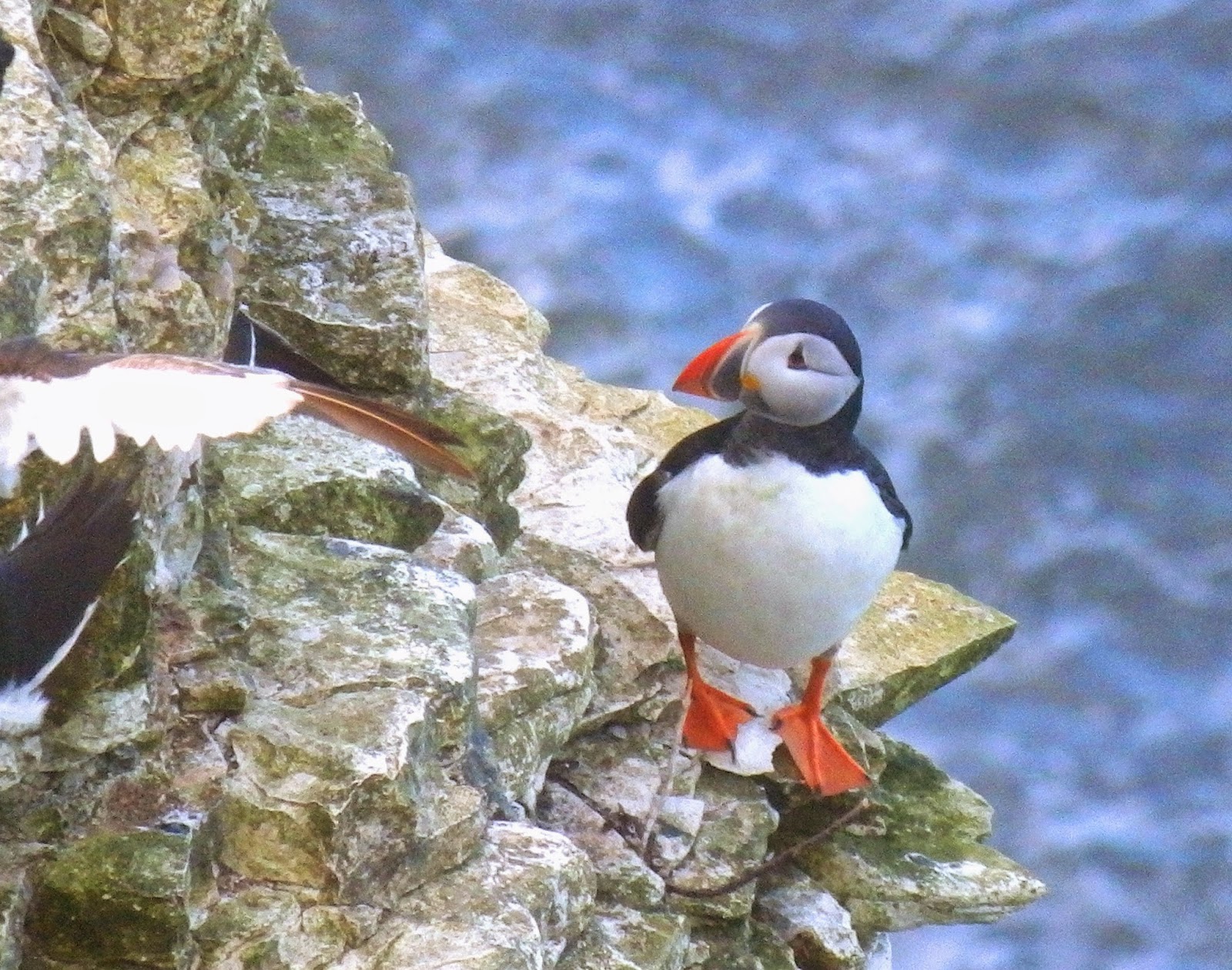 Later it was on to Whitby and Sandsend, to take some photos of the beautiful long stretch of sand.  I try to take the same scene at different times of the day, so I end up prowling the coastline constantly looking for a different light. 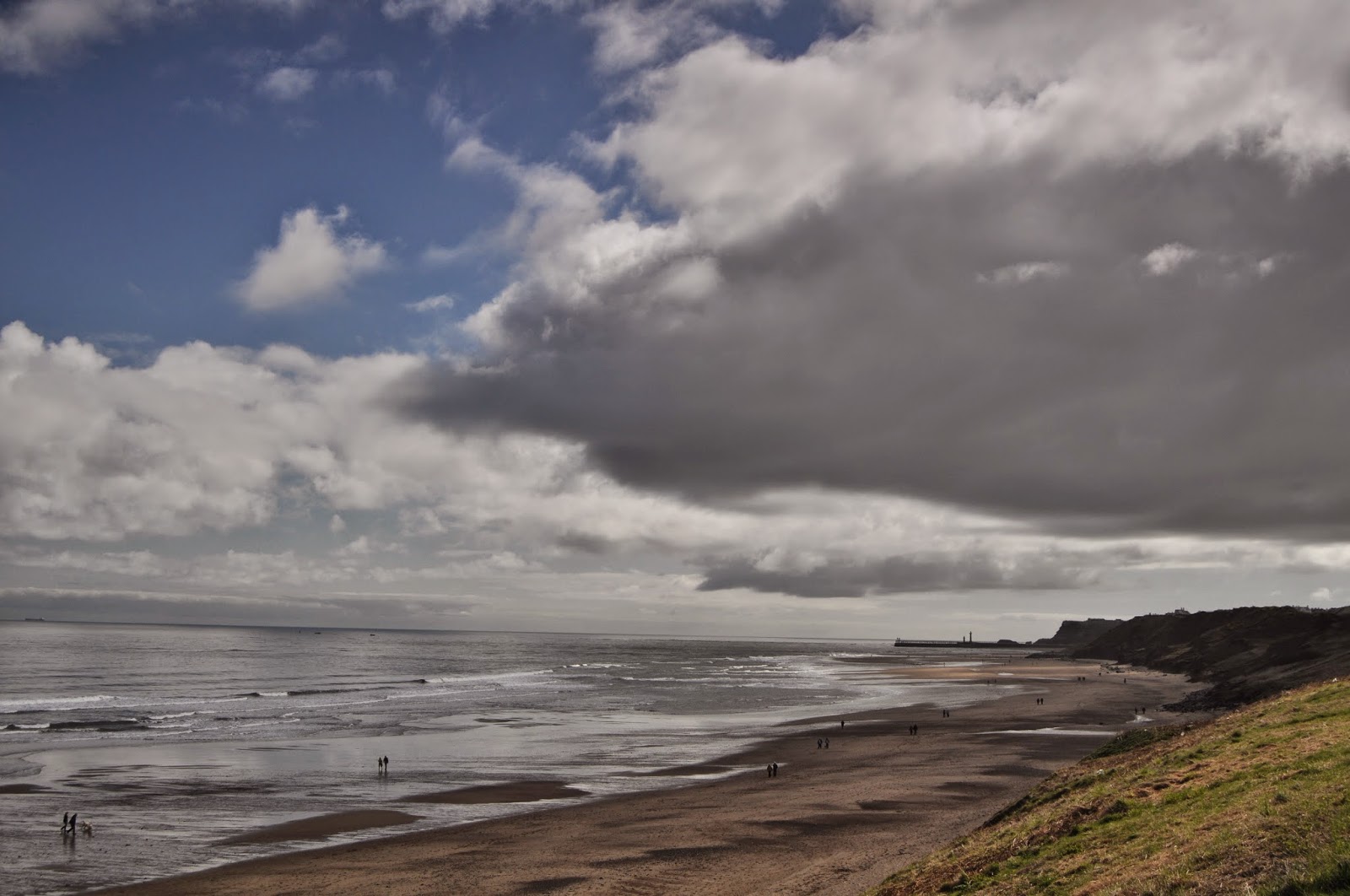 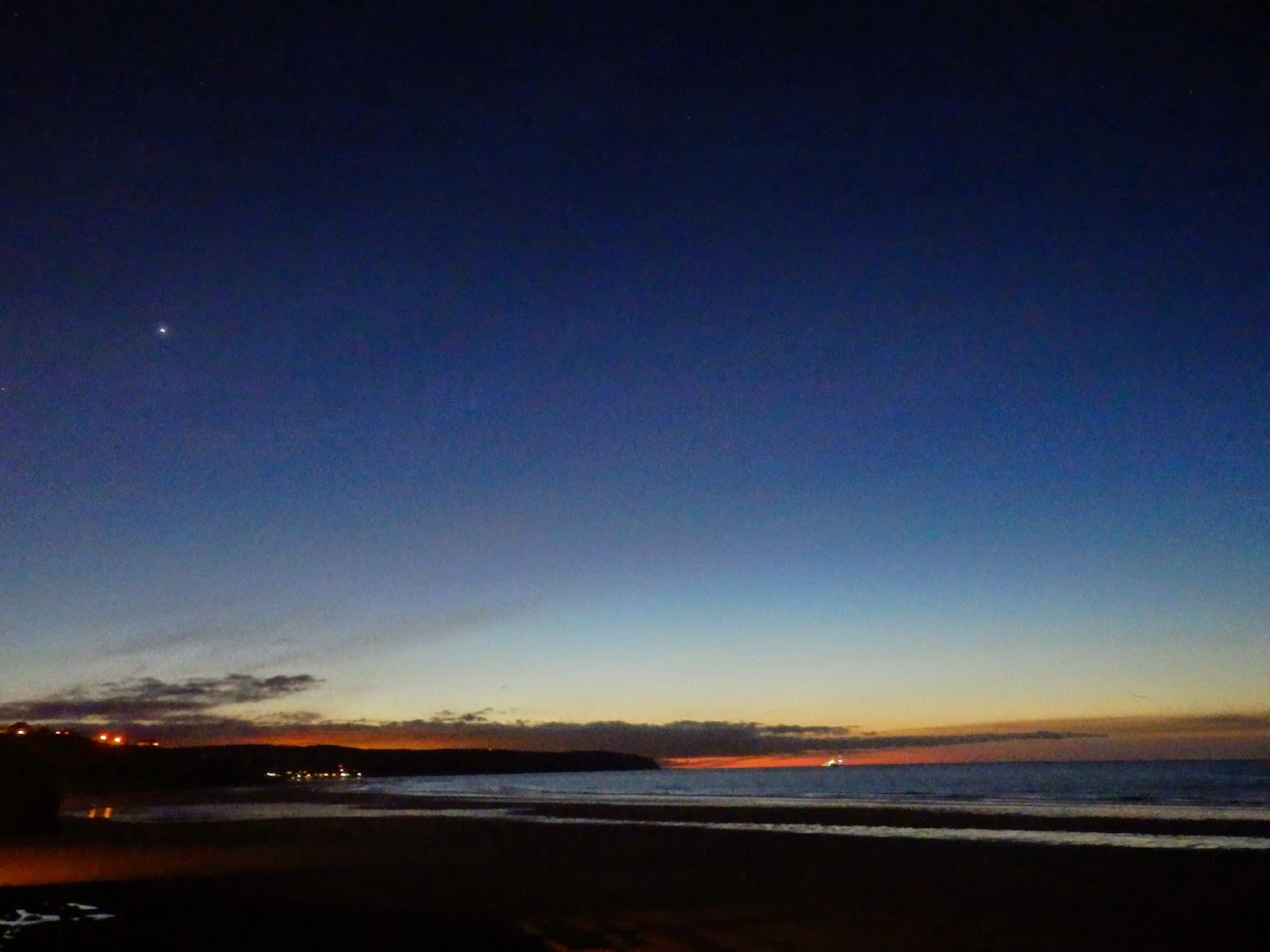 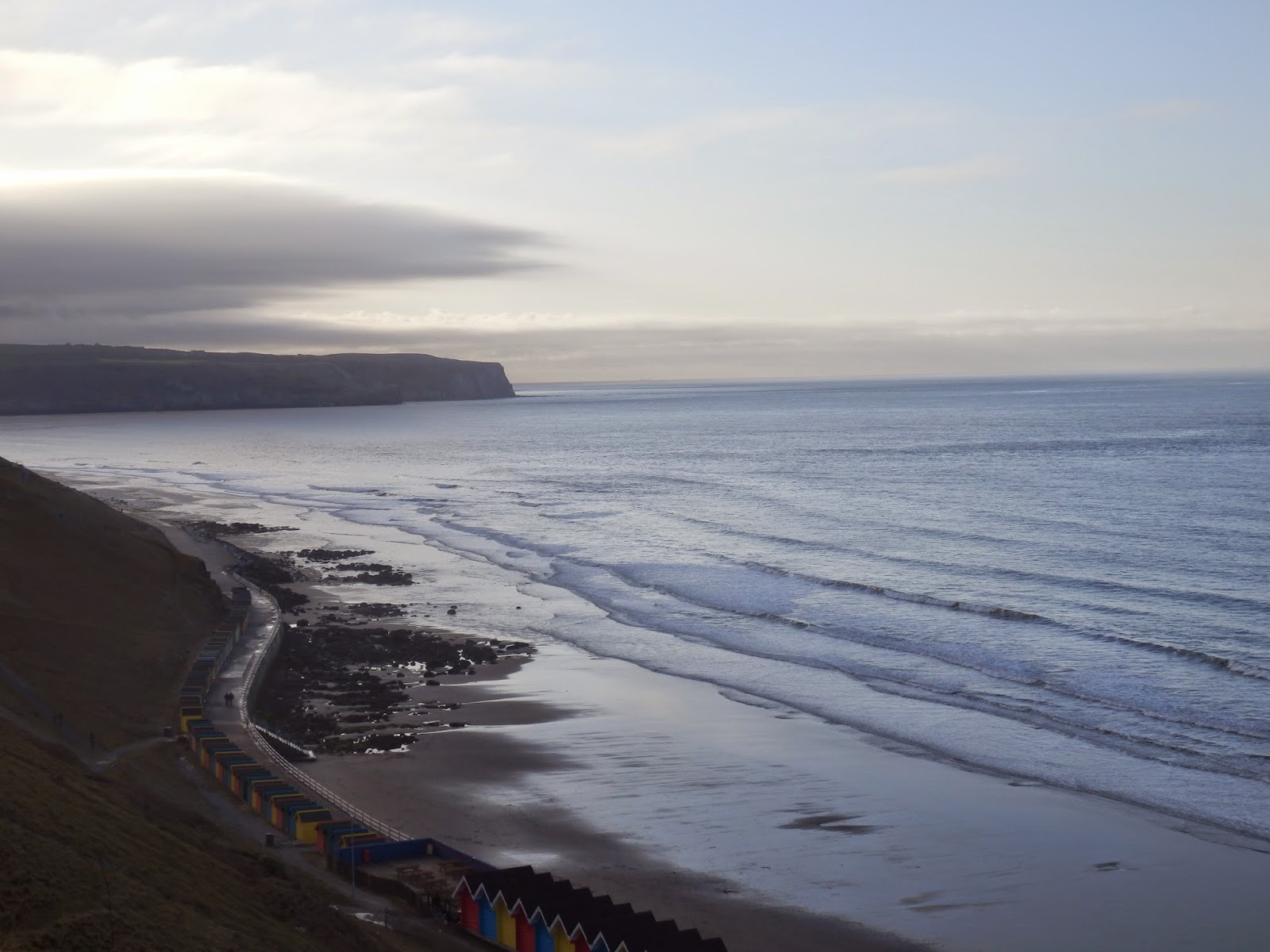 Hopefully these will become paintings which will be on exhibition in my next show in London.
Posted by Judith at 04:47