(Read my other review of Steve at the Philharmonic Hall in Liverpool here.)

After an eventful journey, involving late trains, liver surgeons, and an encounter with Jeremy Corbyn, it was on to the beautiful Bridgewater Hall to see the ex-Genesis legend Mr Steve Hackett.  Again.

I've never been to the Hall.  I was right at the top, at the very very back.  I couldn't have been further away from the stage, so I do apologise for the quality of the photos taken with my teeny tiny Olympus SZ 31MR.

This is how far away I was. Seriously.  I needed oxygen to get up to my seat. 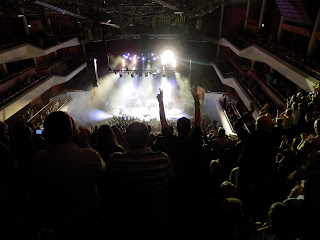 The first half of the show was the new album 'The Night Siren', which is about Scotland, refugees, immigration, (Hackett's own family came from Poland), and is a direct response to the far-right ideas currently domination the political landscape.  (Interview about the album.) 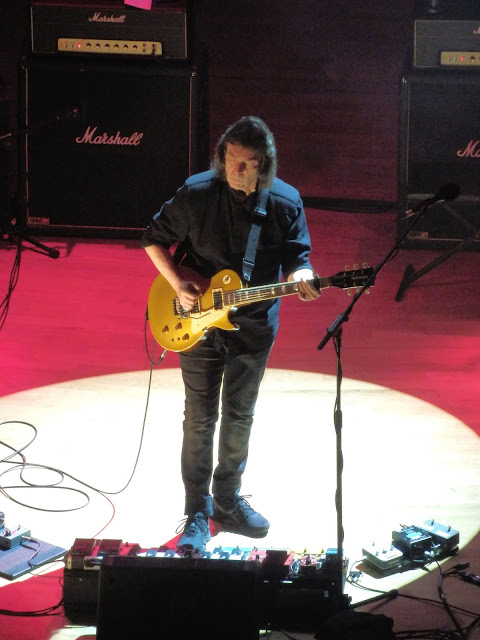 "What do we all think of Brexit then?" Steve asked.  This didn't go down particularly well with the Manchester crowd.  Some of them made it quite clear that they loved Brexit, thank you very much. Steve told them how this lack of freedom of movement made life pretty impossible for a touring musician, and that the whole xenophobic introspection of Brexit was a totally backward step.

(Steve usually comes across as a very calm, polite and measured man in his temperament, so this was a bit of a surprise.) 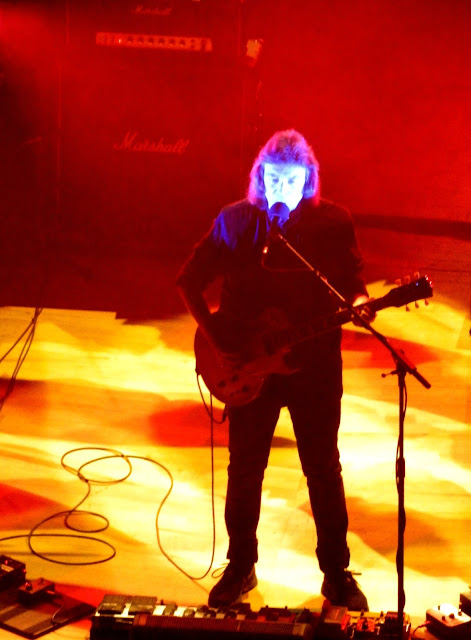 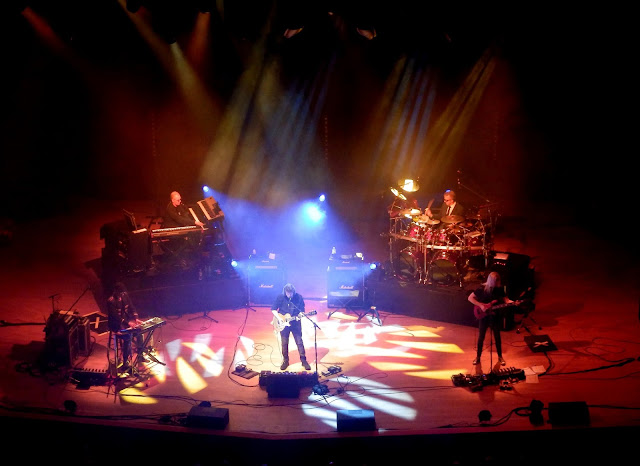 This is  Shadow of the Heirophant.  When I saw the band in Birkenhead at the Floral Pavilion some years ago, I was right in front of Nick Beggs.  He was wearing a top hat and a long black leather coat, which he pulled back at the right hip to free up his leg for the bass pedals.  It was just amazing, such a beautiful gesture amidst the great overwhelming roar of Heirophant.

This time however, he sat on the floor and played the pedals with his fists. 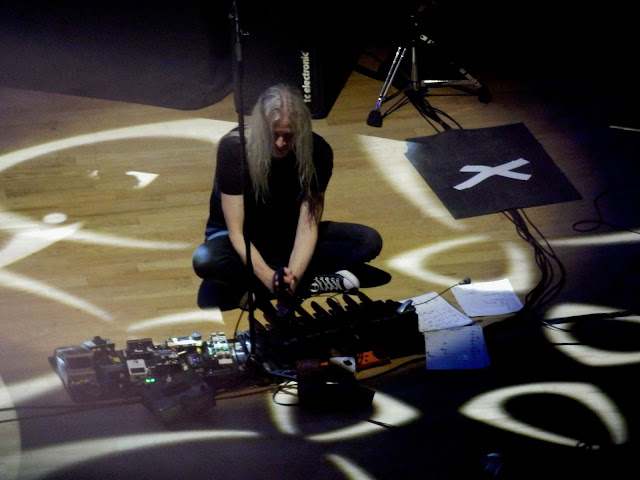 The second half was about the 40th anniversary of Wind and Wuthering.  Which isn't necessarily a cause for celebration. 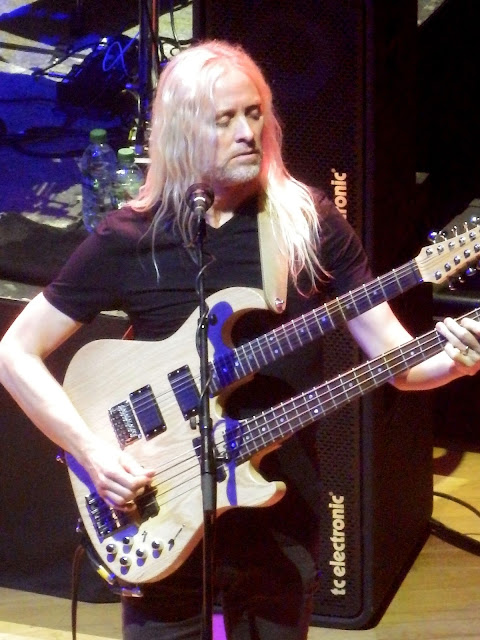 But it did mean Nad Sylvan was on stage to do the vocals.  (To be honest though, I prefer his Gabriel to his Collins.) 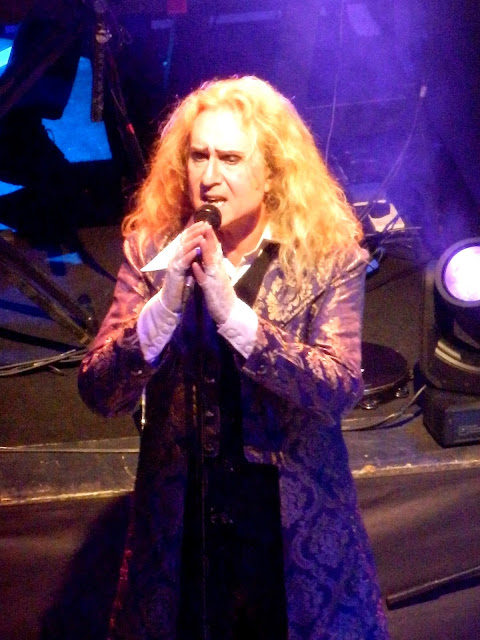 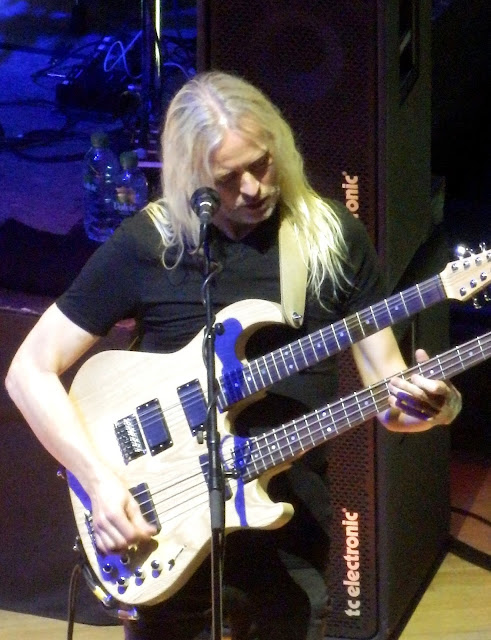 And we did get Blood on the Rooftops. 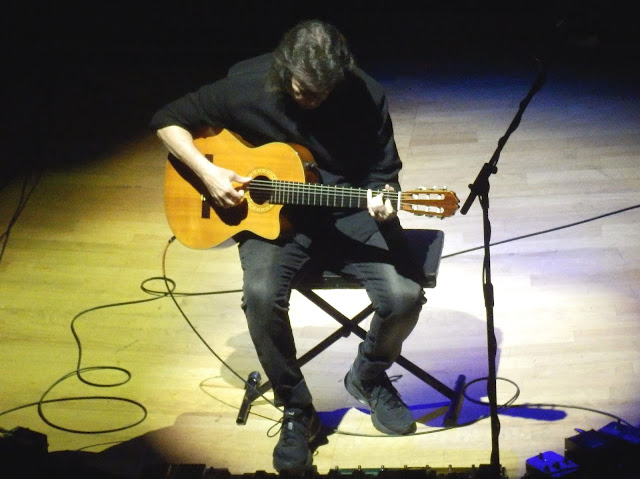 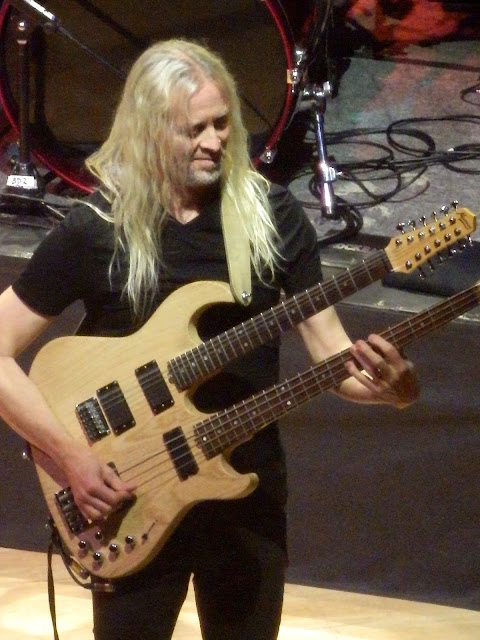 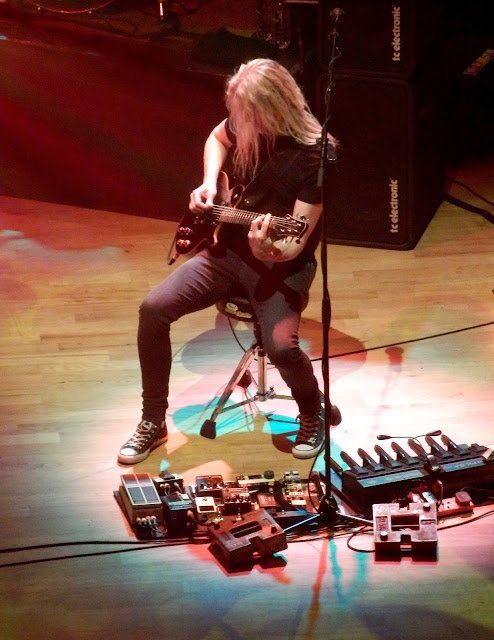 Please model for me, Mr Beggs... 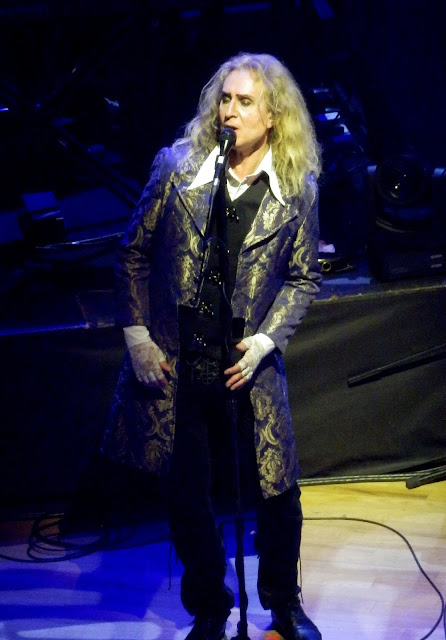 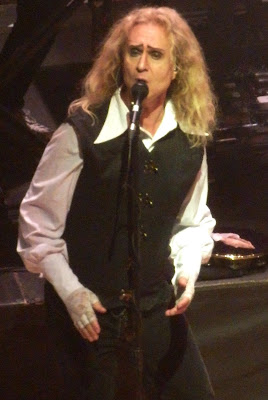 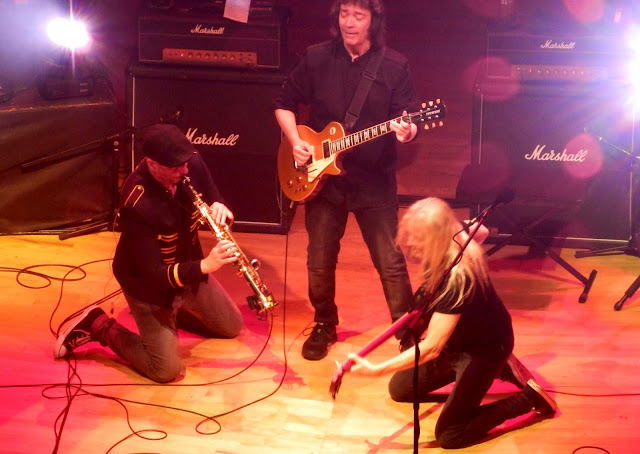 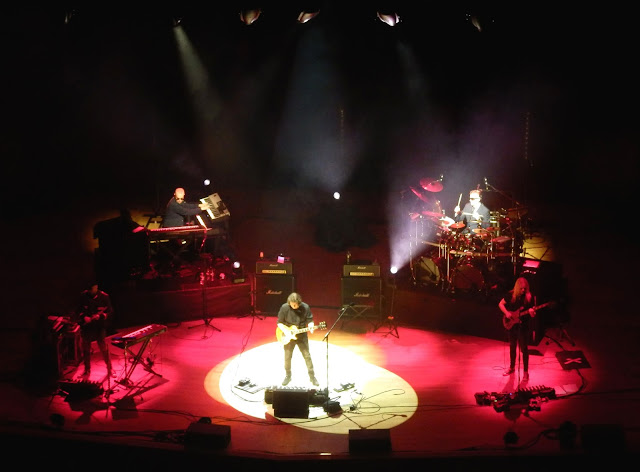 And a last word from Roger King on keyboards... 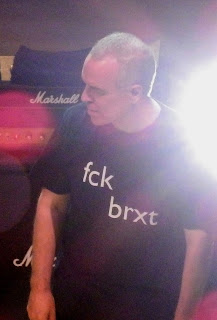