Birmingham always seems to be in a state of flux, and now, so is the Symphony Hall - the facade has been removed for upgrading, taking with it the downstairs toilets.  Which isn't great for concert goers.

Never mind, it's always wonderful to be in the TSHS.

Oddly, my seat tonight is once more right opposite Rob Townsend's spoon.  The man will be getting a complex. 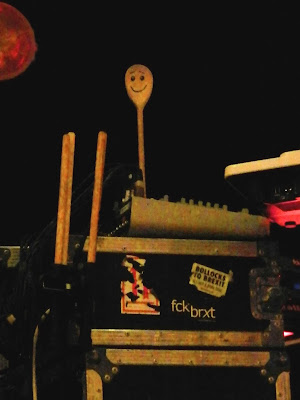 And here is the many-armed, multi-instrumentalist Mr Townsend, who is kept impossibly busy throughout the show.  His annoying larkiness has toned down since the departure of drummer Gary O'Toole, but there is still a huge amount of playfulness to his playing. 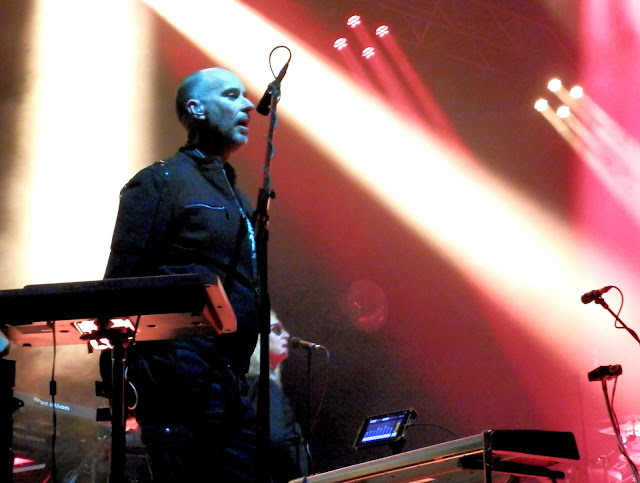 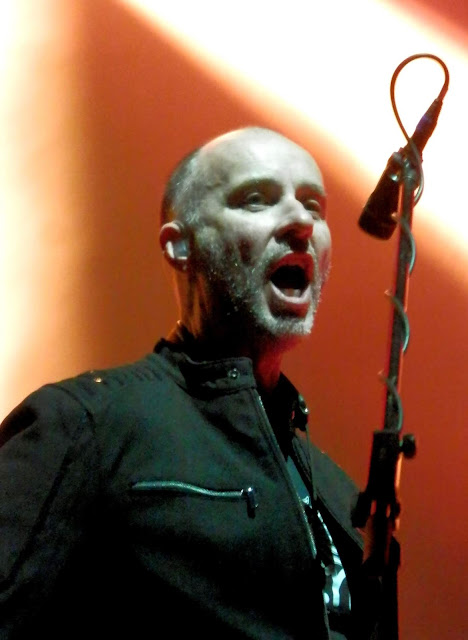 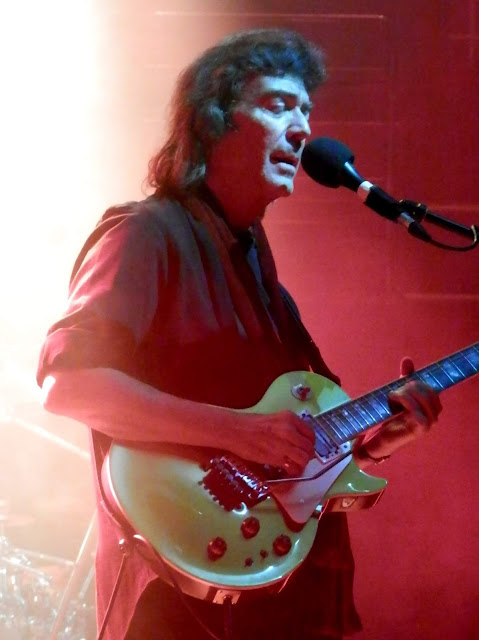 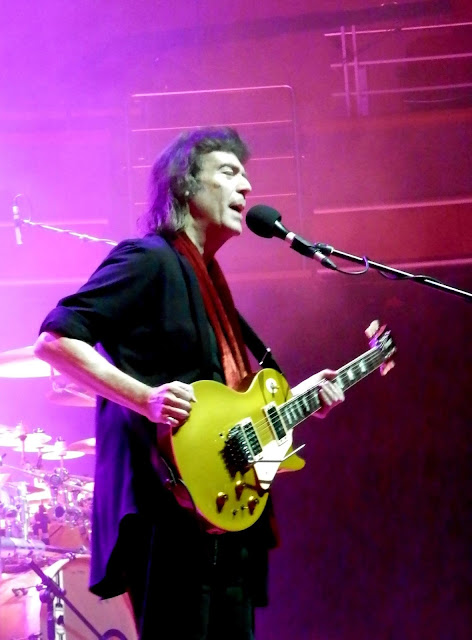 There was a very pretty light effect for The Virgin and the Gypsy from Spectral Mornings, which featured Steve's brother John Hackett on flute.  John also played on The Red Flower of Tachai Blooms Everywhere, which I love, and which is rarely heard live. 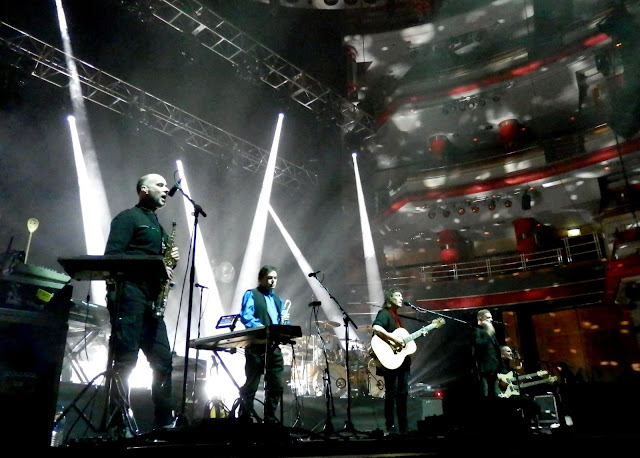 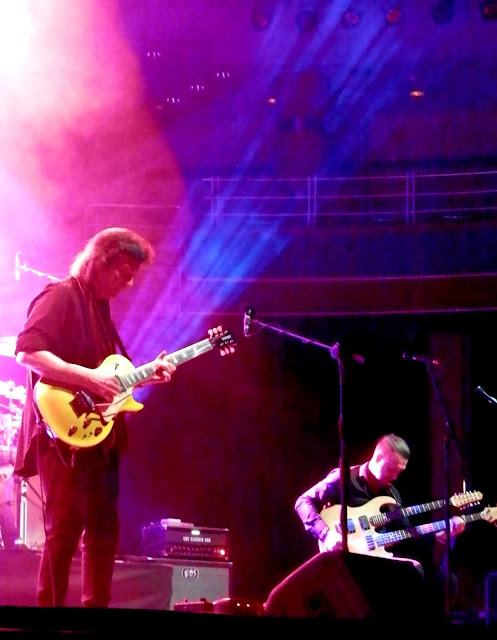 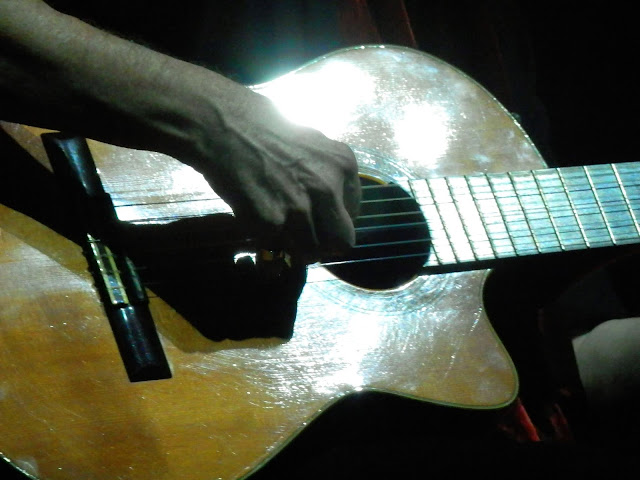 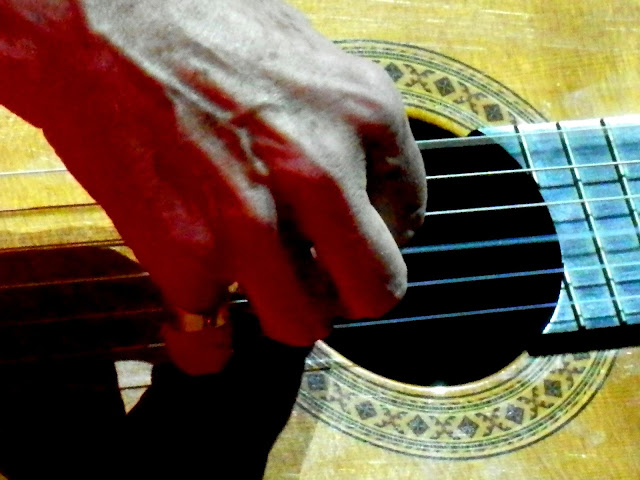 Nad Sylvan in his curry-house wallpaper coat ((c) Sheffield audience) for singlalong favourite I Know What I Like.  The man is never out of character, even when he is sitting on the riser at the back, with the very smallest of story-telling details such as tiny little eye-brow twitches and movements of his fingers on the tambourine to elaborate certain parts of the song.  In between this, there is lots of space where he doesn't move, but this stillness is also important and holds your attention, and is part of the texture of his performance. 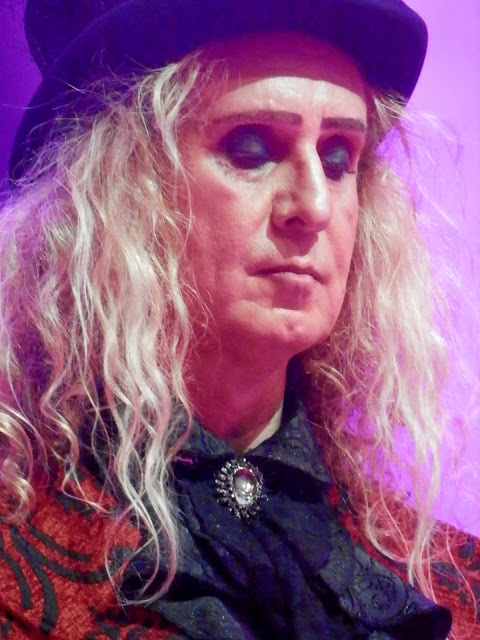 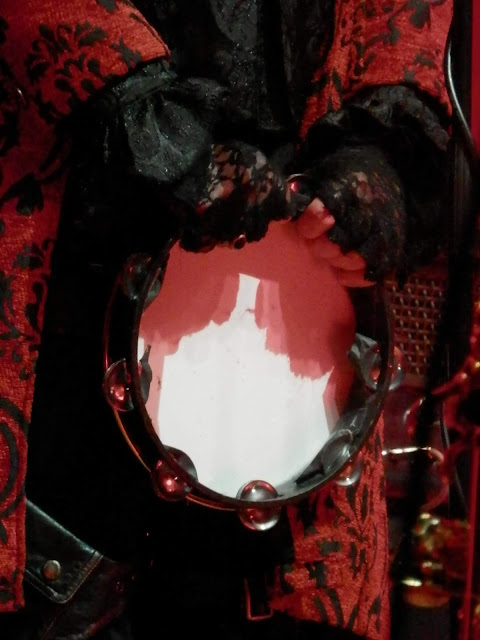 In the middle of this version, Rob does a funky sax solo while Steve sits looking on (well, it is a three-hour show). 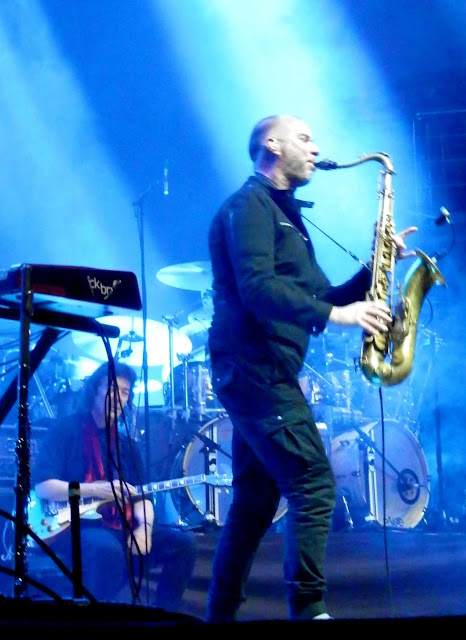 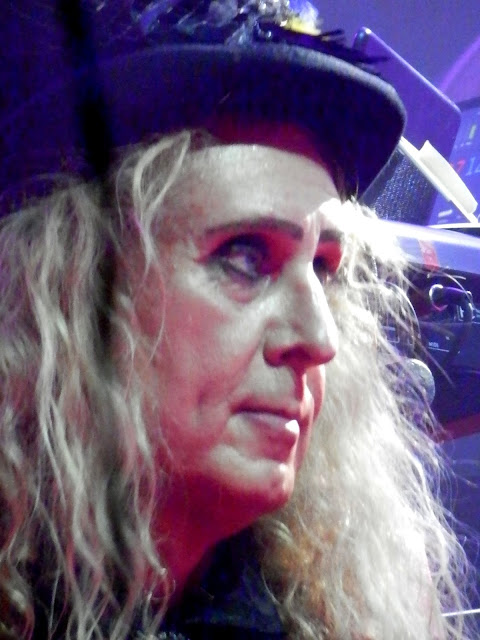 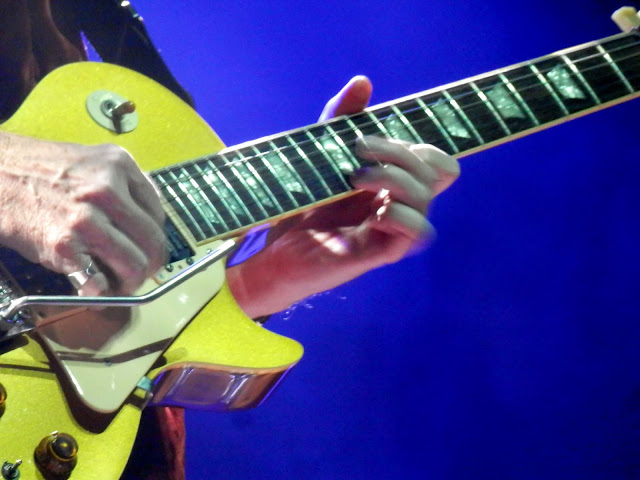 My eyebrows are drawn on too. 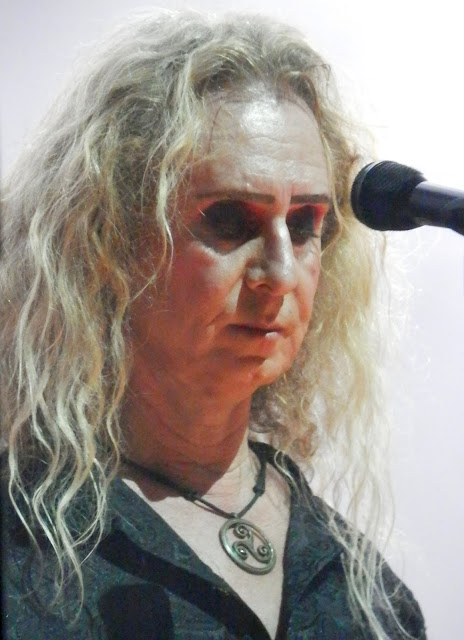 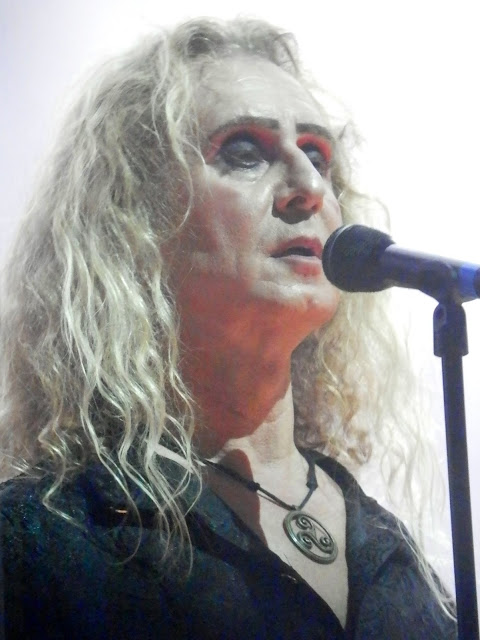 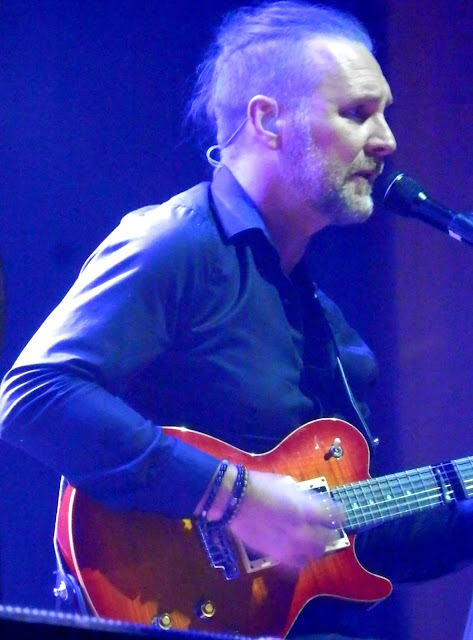 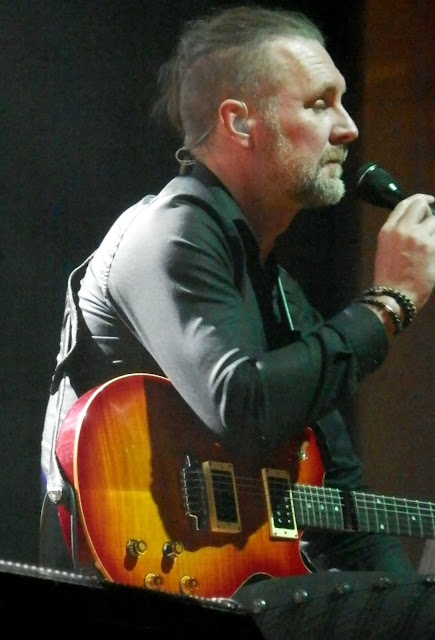 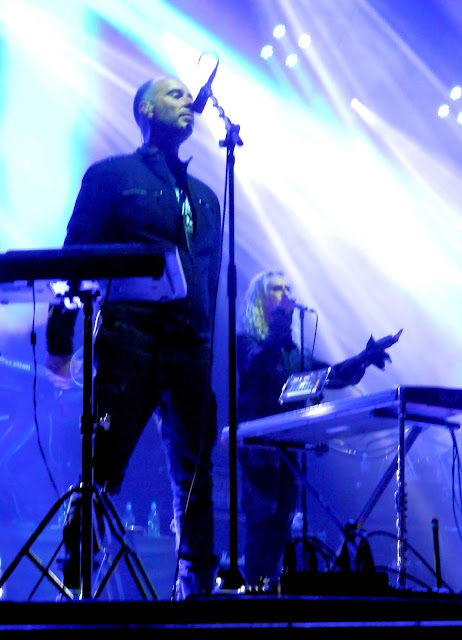 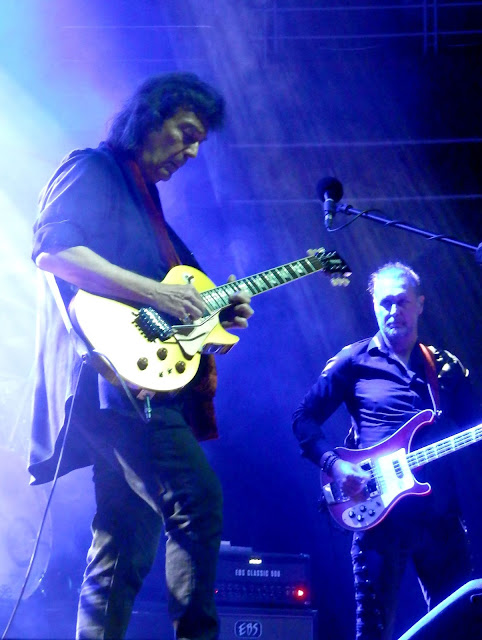 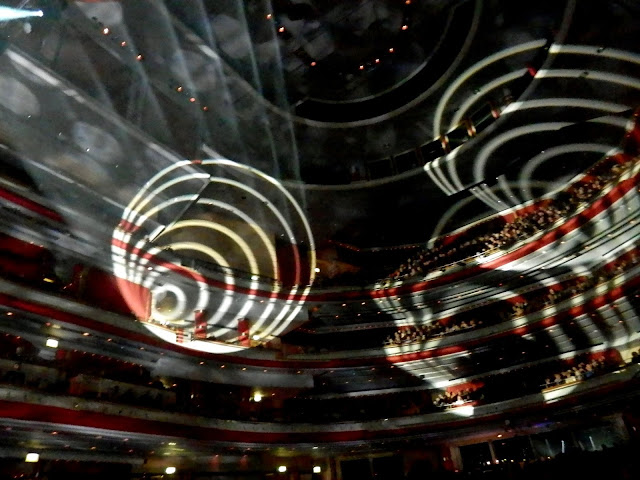 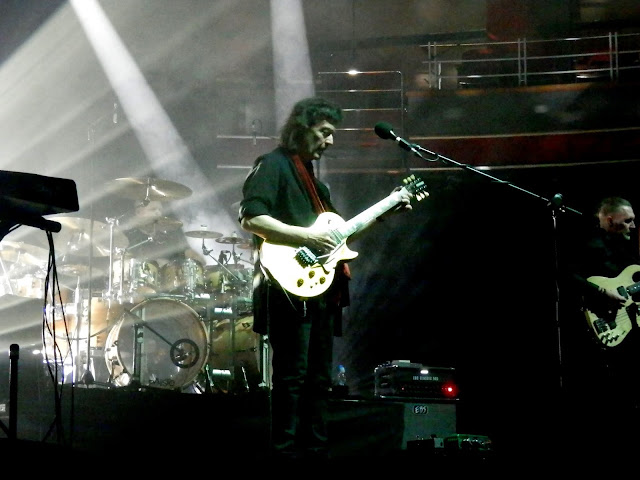 Grab that spoon!  Yes, it is actually used percussively in part of the show. 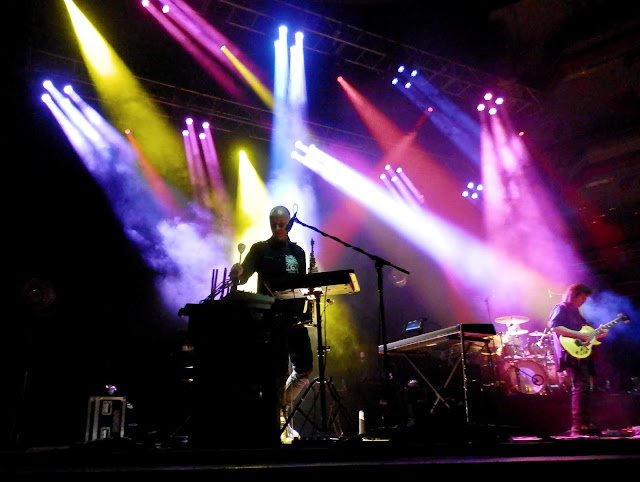 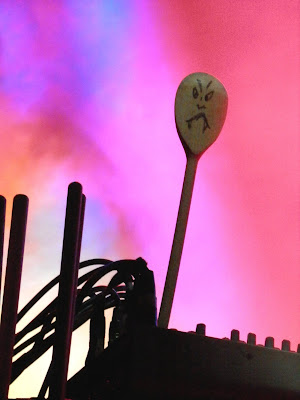 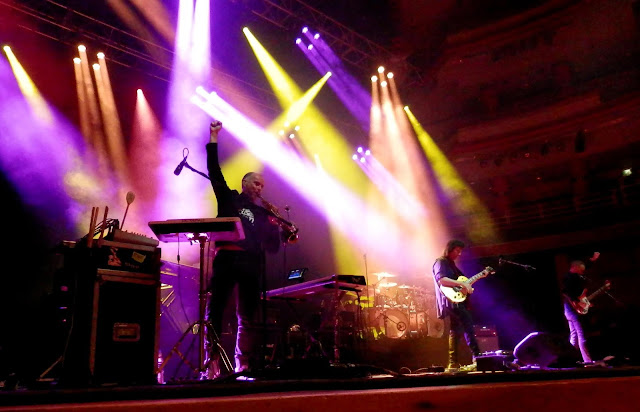 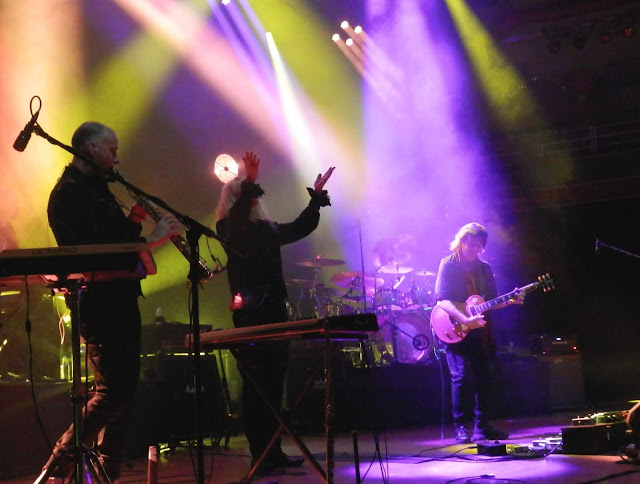 At the end, Jonas has developed an alarming routine of taking his guitar, balancing it on his chin, dropping it down and catching it, then chucking it across the stage to be caught at the side by his guitar tech.  Yikes! 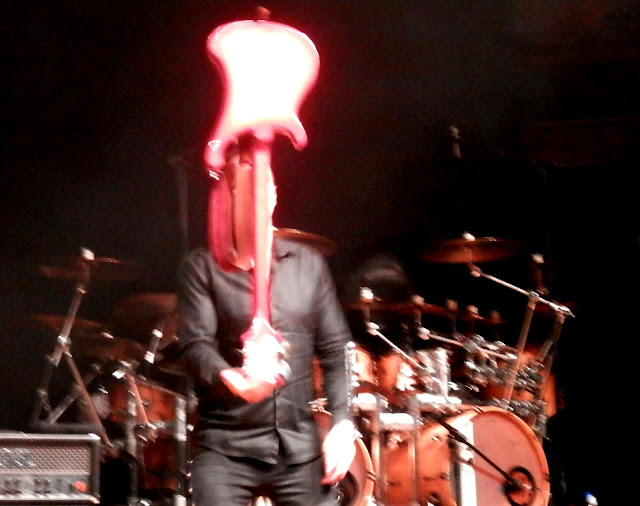 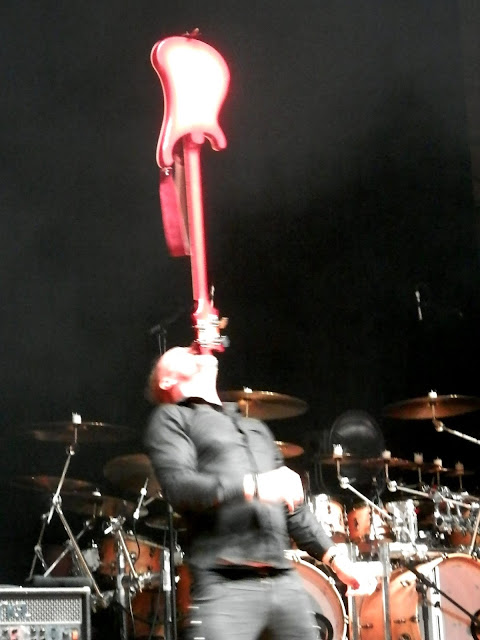 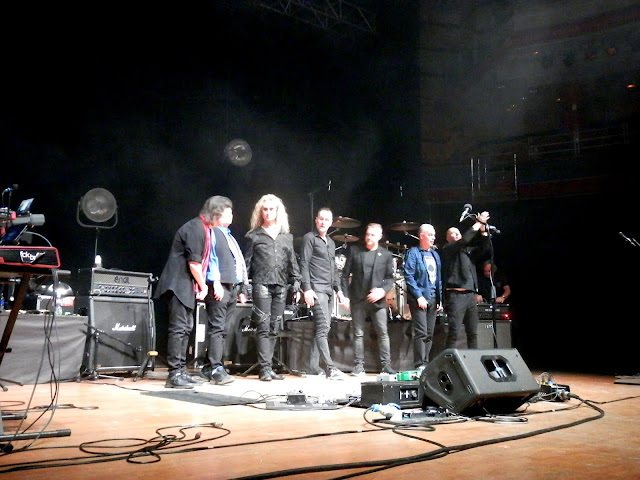