The Sistine Chapel celebrates its 500th birthday this year. 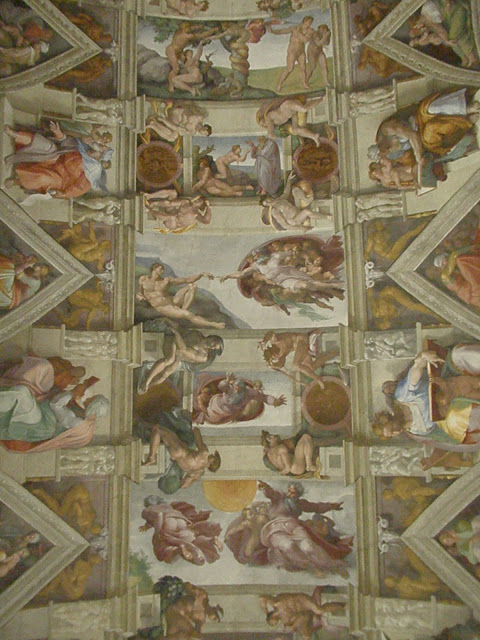 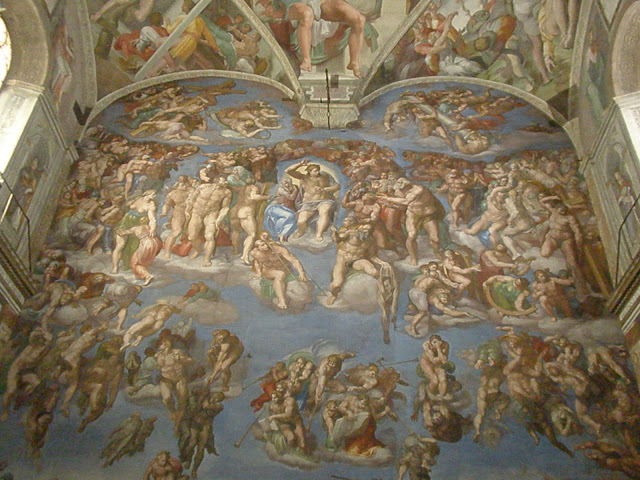 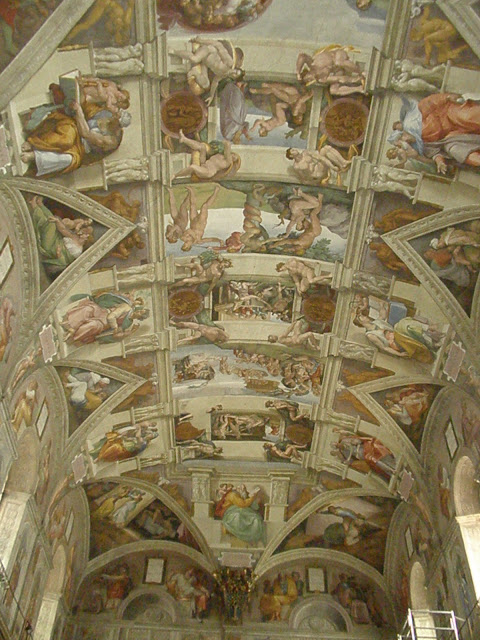 The frescoes decorating the chapel, famously painted by Michelangelo between 1508 and 1512, are, however, now in danger of becoming damaged due to the huge numbers of people who come to see them.

Frecso is a pretty tough medium.  The paint can't be rubbed off, but plaster can be chipped, damaged or become discoloured, and it is very susceptible to moisture.

Fresco (meaning 'fresh') is a method of decoration where paint is applied to an area of wet plaster.  The plaster draws the paint into the surface, binding the pigment within itself as it dries.  You don't paint onto the surface of dry plaster as the paint would just drop off.

The artist only has applied to the wall as much wet plaster as they can complete painting within a single day before it dries (a section is called a 'giornata', from the Italina 'giorno' meaning day - sometimes you can see these sections if you look closely).

It's a fiendish method, as you can't change your mind, move round your compositions or make changes once it's dried.  The clock is ticking.   (As Michelangelo progressed with the ceiling decoration, he realised that his figures were too small, so as the scheme progressed, he altered his plan and the figures got larger.)  How long you've got to complete your giornata would also depend on climactic conditions such as how hot it was on the day that you were painting.

However, 500 years on, Vatican officials are discussing the problem of deterioration of the frescoes.

The huge quantity of visitors (around 10,000 each day) is now causing concern with the amount of pollution created, as well as temperature and humidity issues..  Although an air-conditioning system was fitted during restorations to clean the frescoes 1990s, it is no longer up to the job. (I've seen the frescoes in both their restored and unrestored versions, and it literally is night and day - the colours are now absolutely luminous.) 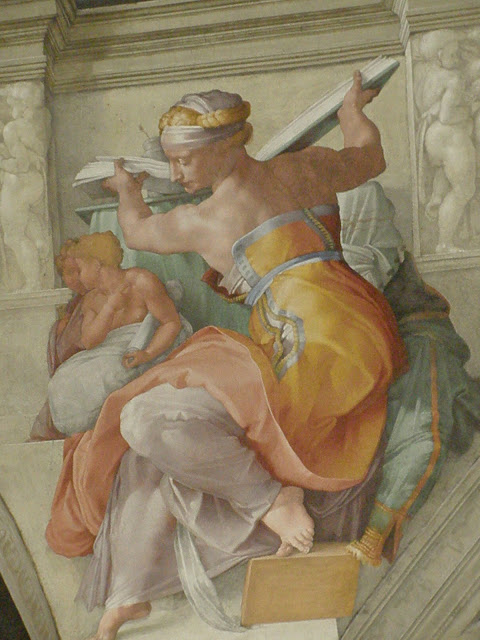 A specialist company has been asked to design a new air-purifying system - but if a solution is not found by next year the Vatican will be forced to begin reducing the number of tourists.

If you've ever been there, you'll know how crowded the Sistine Chapel is.  It comes at the end of a long, long queue to get in to the Vatican through security, a very long tour round the Vatican rooms of probably a couple of hours, and by the time you arrive at the Chapel, it is invariably absolutely jam-packed, and everyone's expectations have reached temper-fraying fever pitch.

You aren't allowed to take photographs, and are meant to be silent, as it is a place of worship.  However, any worship or prayer is well-nigh impossible, and people snap away regardless, because they've invested such a lot of time and effort actually getting there.  It's not like you can just pop in.

So a rationing of availability to visit the Sistine Chapel will mean even more queues for something which will be perceived as an even more desirable 'must-see' tourist destination.  A reduction in numbers will increase its attraction.  And it already takes forever to queue to get into the Vatican, to get round the Vatican, and then to get through the further security to get into St Peters.

I've been to Milan to see Leonardo da Vinci's Last Supper - you have to book tickets months in advance and are only allowed a short timed visit.  In the 80's I visited the Arena Chapel in Padua to see the Giotto frescoes, and you could just walk in.  Now it is all climate controlled and entry is by timed ticket for 15 minutes only.  It was a very clinical experience, and I can't imagine that Giotto himself would be too chuffed with his work being seen in that manner.

I understand the need for such measures, in order to conserve for future generations.  However, it very much takes away from the whole experience, both in terms of art appreciation, and also in terms of the reason for which the object was created, that of spiritual contemplation.

You can't do either on a timed ticket.
Posted by Judith at 04:30