"Photography has become a household word and a household want; it is used alike by art and science, by love,, business , and justice; is found in the most sumptuous saloon, and in the dingiest attic - in the solitude of the Highland cottage, and in the glare of the London gin-palace, in the pocket of the detectives, in the cell of the convicts, in the folio of the painter and architect, among the papers and patterns of the mill-owner and manufacturer, and on the cold brave breast on the battlefield."
Elizabeth Rigby, "Photography" (1857, London Quarterly Review)

Today, you can't walk around London, or indeed any city in the world, without nearly getting your eye taken out by someone with a selfie stick.

Photography is everywhere - a careless glut of self-indulgent instant image-taking that records in order to boast, to flatter, to make other people jealous of where you are, of who you're with, of what you're seeing and experiencing that they're not seeing and experiencing.  It records everything and nothing, is of huge social importance, and of no cultural significance.  It is, by and large,  a lot of sound and fury signifying nothing, a record of the surface of things, of the veneer of lives, instantly and artlessly made, able to be deleted with a button.  Everyone is a curator of their own image, but conversely no-one gives much thought as to what they let posterity and the rest of the world have access to.

Back at the beginning of photography, 175 years ago, things were different.  Even when I started taking photographs as part of my painting practise, I worked with rolls of film with 36 exposures.  This meant that you had to think very carefully about the subject and composition of each photo.  Each was precious, conscious, considered.  You only had 36.  Then you had to change a roll of film, and that cost time and money.  You couldn't check the image or experiment in the field, and because of the investment you were making in terms of time and effort getting to the subject, you had to make sure that each exposure counted.

Salt prints were the first photographs on paper that still exist today.  Chemicals fix a shadow onto light-sensitive paper coated with silver salts, and until new techniques came in, these rare, sensual images captured modern life, the natural world and the human figure in rich, soft interplays of light and shade.  They are small and intimate images, whose subtleties can really only be seen when viewing the originals.

For example, in Fox Talbot's image of a huge, ancient tree, the salt print technique has a fine ethereal quality where the ends of the twigs reach tentatively into the surrounding air.  It's a giant, living organism touching the elements of its environment.

A photograph was a significant and important thing, where time and effort and care, not to mention money, were lavished on its making.  This significance and importance therefore elevates the subject of a mere tree into a monumental portrait.

There are four exquisite rooms in this exhibition at Tate Britain, and although the technicalities are skimmed over, there are many memorable images.  The last of Georgian England and the birth of the Victorian age, survivals from medaeval and ancient times, architectural studies, images from the Crimean and American Civil War, and some startlingly vivid and intimate portraits.

Here is a stunningly immediate one, of a woman at the Crimea. Usually the wives of non-commissioned officers, Cantinières (women supplying food and drink to soldiers), played an important role in the support of French regiments in the Crimean War, running canteens and providing additional rations such as brandy to the soldiers.

A particularly poignant photograph is of Captain Lord Balgonie, a well respected soldier at the Crimea, but here recorded by Roger Fenton as a haunted, shellshocked and broken man at 23 - yes, 23.   He died at 25. 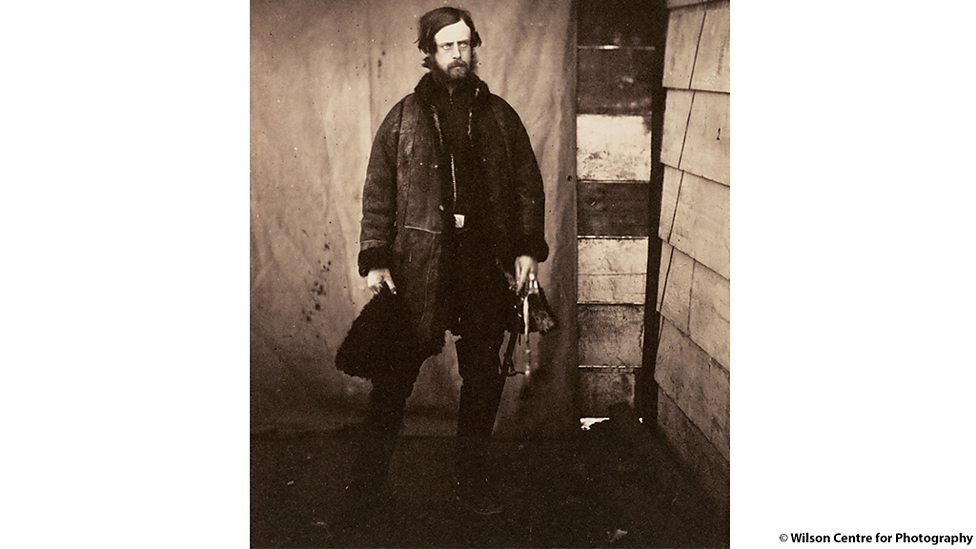 There are photos of Newhaven fishermen by David Hill and Robert Adamson.  It is striking just how self-assured and gallus these men are, striking a pose and filling the frame.  They take on the elemental sea and risk their lives every time they go to work, so a man with a new-fangled camera obviously holds no fear.  Here we are.  This is us.  Go on - take our photographs. 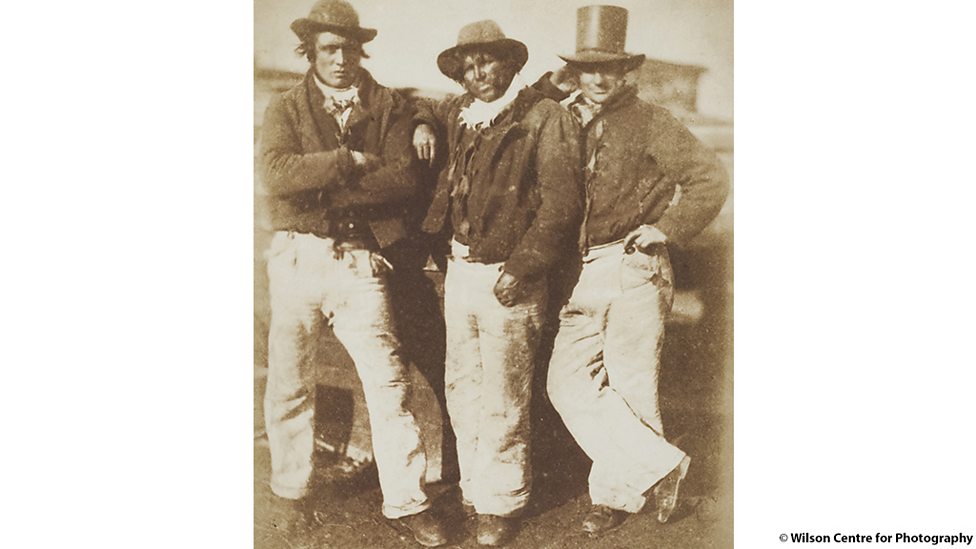 The very fragility of the paper print also emphasises the fragility of the lives that they record, whilst at the same time expressing unspoken relationships between the subjects they depict.

Have a look at the relationship between these two people.  This mother's face clearly expresses something about her fear for the future of her child.  Has she lost other children?  There's something very tangible behind her anxious look, and also about the way that she holds her child's arm and looks up at him.  It's as if she's relying on him on some way, she needs him.  Maybe he's her only son, and she's relying on him purely to keep on living.  In any case, he's clearly her world, and she focusses on him alone.  All the folds of her clothes emphasise her twisting awkwardly around to hold on to him, as if she's afraid that he'll float away like a lost balloon.

He, on the other hand, looks outward, and has a far more complex expression.  What is it?  I guess he's around 11 or 12, and with his carefully smoothed hair and cravat tied sharply under his chin, he looks as if he is there under duress as he leans against the chair.  He looks up, straight at the viewer, with an oddly intense, confrontational stare.  There is a dimple at the corner of his mouth on his left that suggests a certain petulance, as if he is pursing his mouth, somewhat fed-up with the smothering and wants to rebel.  He looks as if he'd like to walk away and slam the door.

The salt paper print was also a very sensitive,sensual medium for representation of the nude form, allowing the softness of skin to be suggested.

The woman standing in front of the lens here is Marie-Christine Roux ('Mariette') (1820–1863), a professional model who earned her living in the ateliers of Paris. Her career ended tragically 8 years after this photograph,  when she drowned in the wreck of the Atlas, a steam ship on the way to Algiers.

'Mariette' was one of the first paper photographs to represent the figure unclothed.   This isn't a perfect classical sculpture or an idealised painting, this is a real woman with underarm hair and the mark of her recently removed garter still on her right thigh.  However, she is still artfully arranged, revealing her naked body but covering her face, although with a somewhat confrontational elbow thrust out at us.  It's a tangle of life and art, truth and artifice.

Do go and see the show if you can, it's lovely.  Salt and Silver at Tate Britain
Posted by Judith at 11:20