No Yes, no holiday.

So here I am, back from touring in America with Yes on their US summer 'Album Series' tour, featuring Drama from 1980 and two side of Tales from Topographic Oceans from 1973 (Ritual and the Revealing Science of God).

Drama was a revelation on the UK tour back in May.  The disasterously brittle, punky, shallow disappointment of the Buggles era, complete with mechanoid Trevor and his robotic delivery, was suddenly transformed by Jon Davison who basically reinvented it and gave it a soul.  And lo, Drama became an album of endless delights, of beautiful notes and soaring melodies and grungy bass and sassy drumming.  Hey hey hey! Who knew...?

Here we are at the Toyota Oakdale Theatre, in Wallingford in Connecticut, the state of trees and casinos. 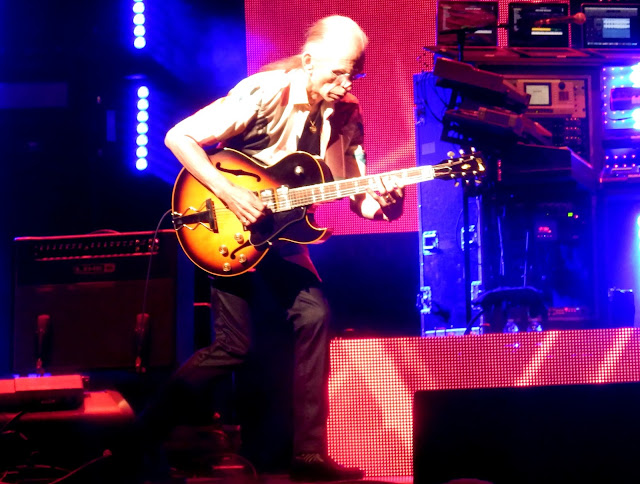 Steve was a bit annoyed with the audience, with their flashlights, their i-Pads and their whooping and hollering, which interferes with his in-the-zone playing.  In fact, at one point (Leaves of Green) he got up and kicked over his footstool in anger.  He was also particularly unchuffed with his poor long-suffering guitar tech.  One of his favourite guitars had been broken and was out of commission for a couple of shows.  Maybe that was making him tetchy.

Having said all that, he then got right into it all, and did an over-twiddle-tastic Roundabout. 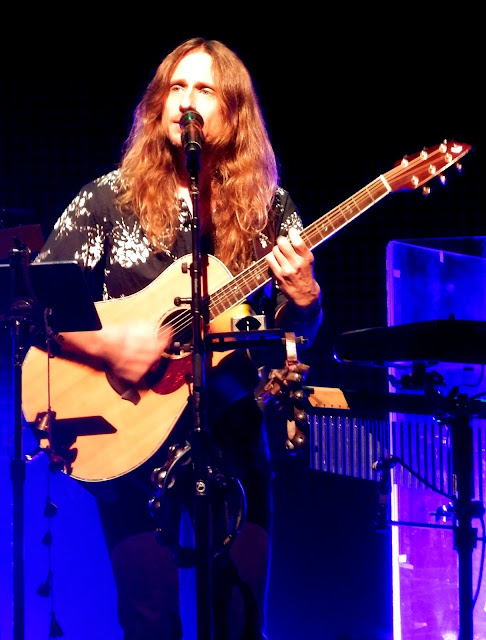 Here's Jon, who's ditched the kaftans and it now in nice ordinary shirts.He's having fun, and can hold a note into infinity if necessary.  Boy, can that man hold a note. 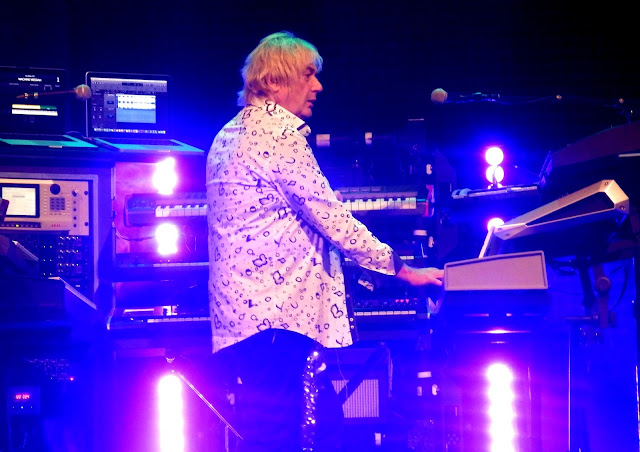 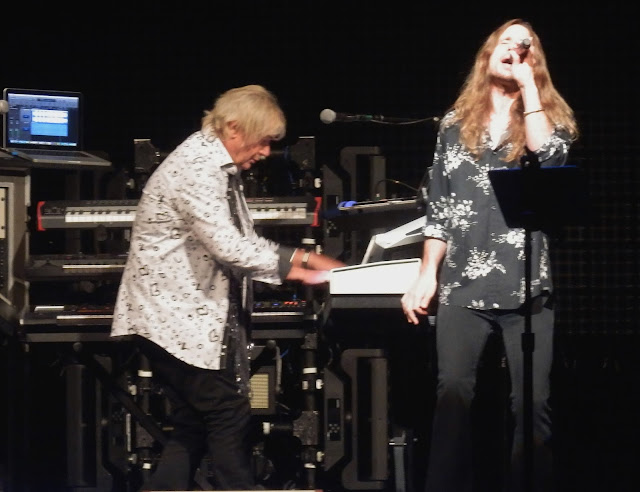 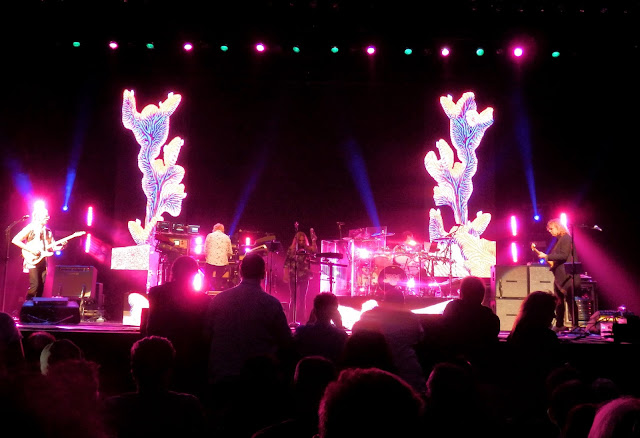 Giving good seaweed during Tales.  Whilst Revealing was a bit ropy, Ritual had obviously got all the attention during rehearsals, and was blessed with some rather fierce smoke jet effects.

Jay was replacing Alan on the drums.  Poor old Alan was an absolute trooper to have done the UK/Europe leg of the tour, despite being in so much back pain.  Jay did a sterling job, busily counting throughout and playing with some lovely light touches and attention to detail, although his hair did prove to be rather distracting. 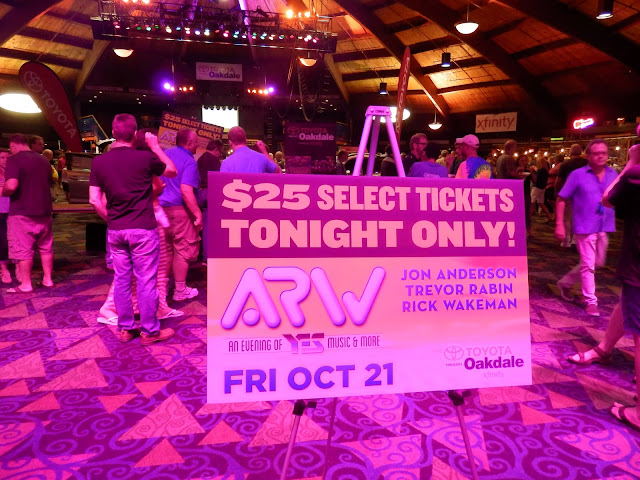 Oh look.  It's the Holy Trinity themselves, the 'true Yes' (their words, not mine) who'll be round in a couple of months.

It's currently $750 for a front row seat here to see them, $650 second row etc.  Back home, it's over £300, and I don't know anyone who's bought one. At this rate, ARW will be staring from the stage into the dark uninhabited abyss, with what audience there is lined up against the back wall.

Wonder how many they sold here?

Anyway, not many photos here - but have a look at my other Yes blogs - Westbury Long Island and Staten Island.
Posted by Judith at 12:46