Over two hours into the Yestival, and finally, it's time for The Young Person's Guide to the Orchestra, with its opening swirl of magical lights, which coalesce to spell out the original logo of 'Yes'.  It's like the actual start of the universe. 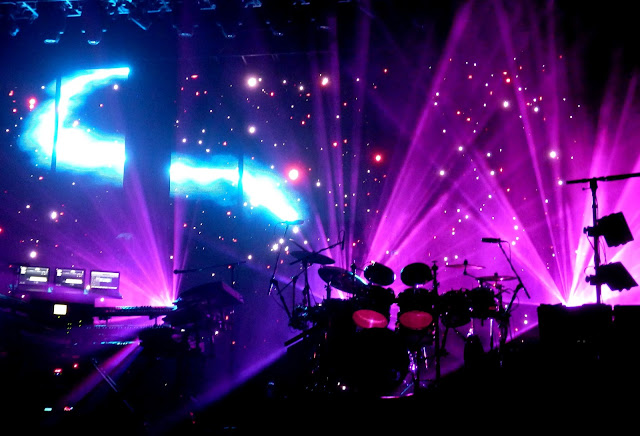 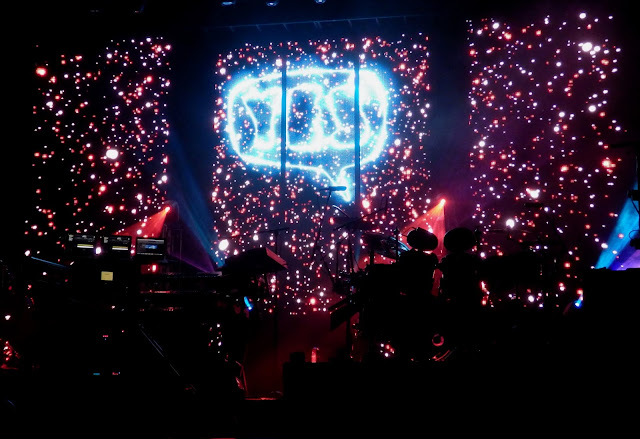 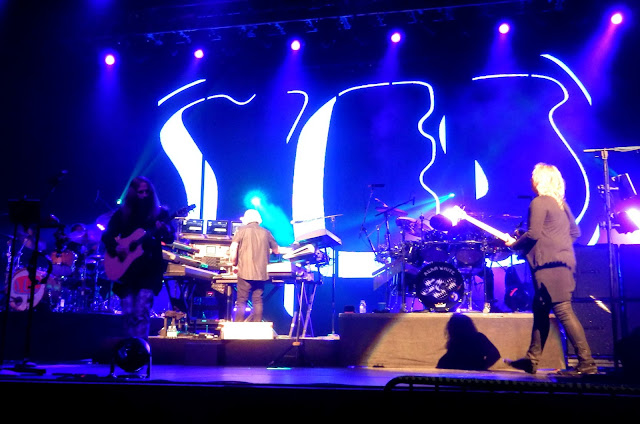 The premise of the show is that there's a song from each of the first ten albums up to Drama (released in 1980),  Which quite frankly, are the only Yes albums you need to bother listening to.  So which one to kick off from Yes?

Knee-wobblingly, it was Survival.  I've always wanted to hear this played live.  And here it was, in a casino, in the middle of a forest in Connecticut.

This is There's No Rick?? - You're Kidding! (aka Geoff Downes) playing the gentle opening bars. 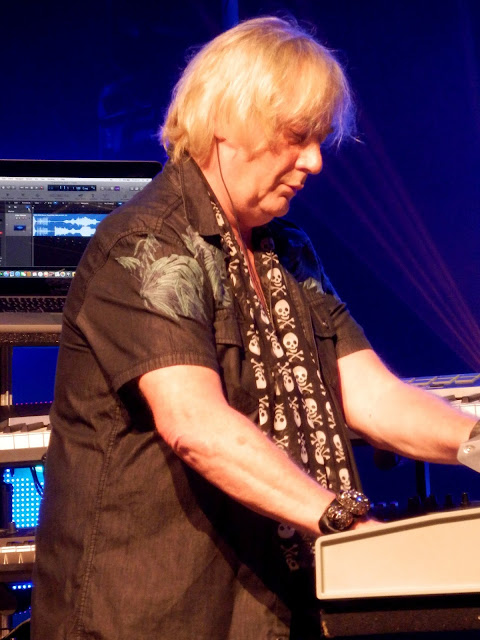 Yes, quite a few audience members were astounded that neither Rick Wakeman nor Jon Anderson would be appearing on stage that night.  They could NOT believe it.  "But I've PAID for Anderson!!"

This is Steve Howe.  No American I talked to seemed confused about Steve, and were all in agreement that he was definitely in the band. 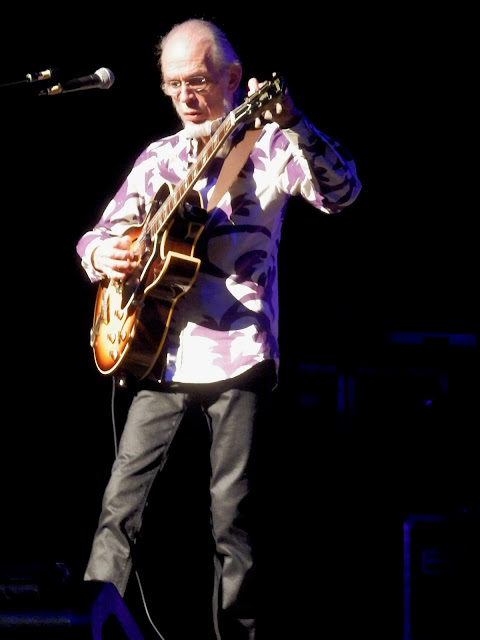 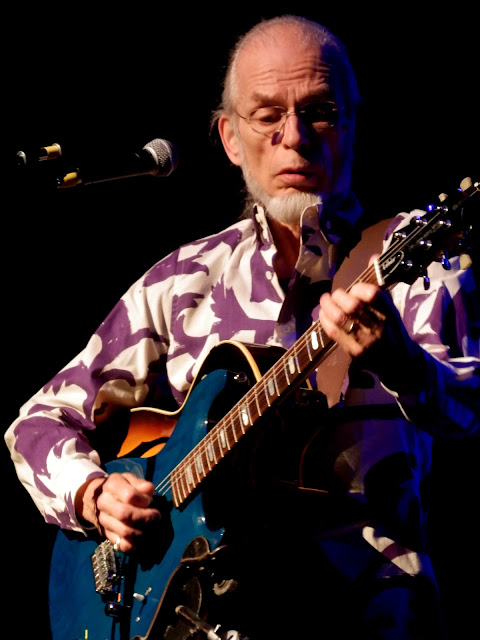 Next up was Time and A Word, and a rather pepped-up titular tune. Not-Anderson (Jon Davison) was sporting a rather risque pair of snakeskin slacks, and, alarmingly, was chewing gum whilst singing (which made me fear that at some point I was going to have to leap on stage and perform a Heimlich manoevre).

Then it was on to The Yes Album, and a rather funky backdrop for Yours Is No Disgrace. 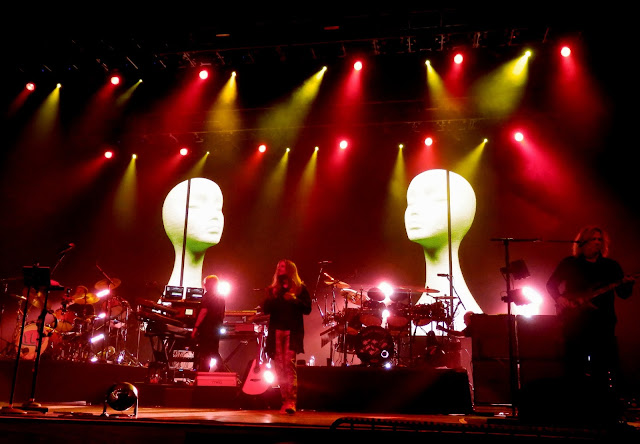 This is Billy 'Whaddya mean, Chris is dead?" Sherwood. 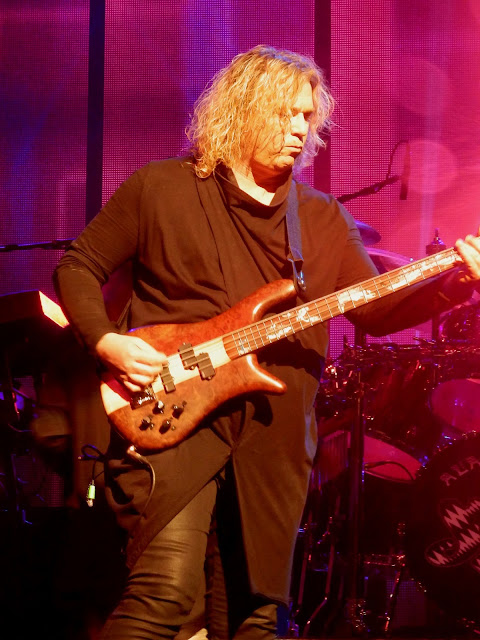 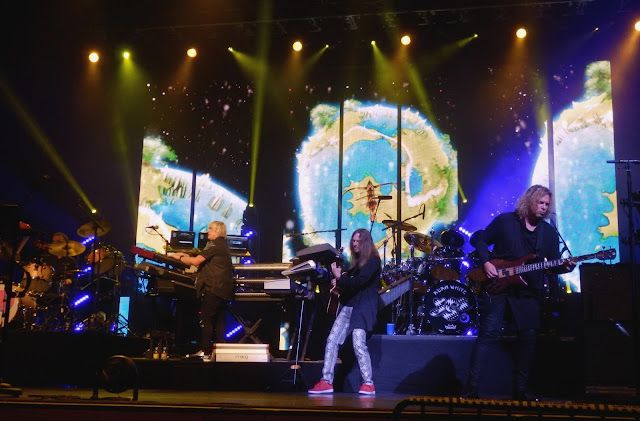 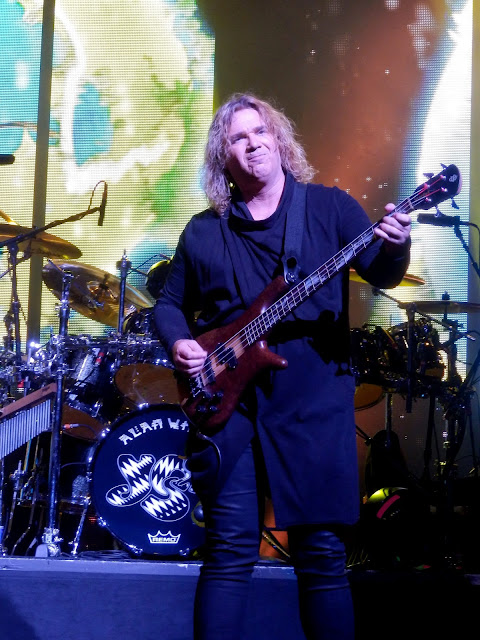 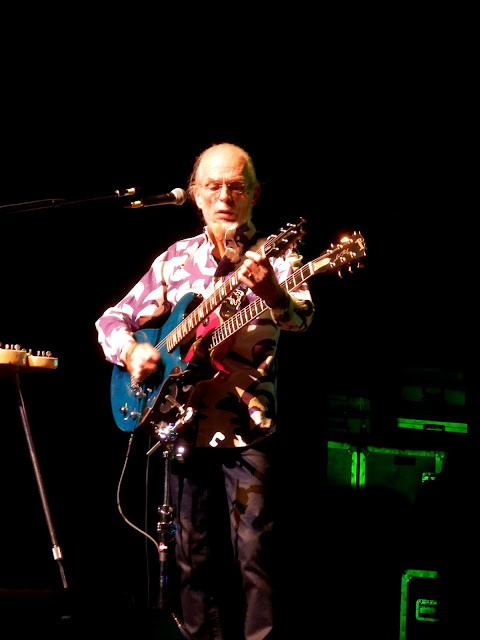 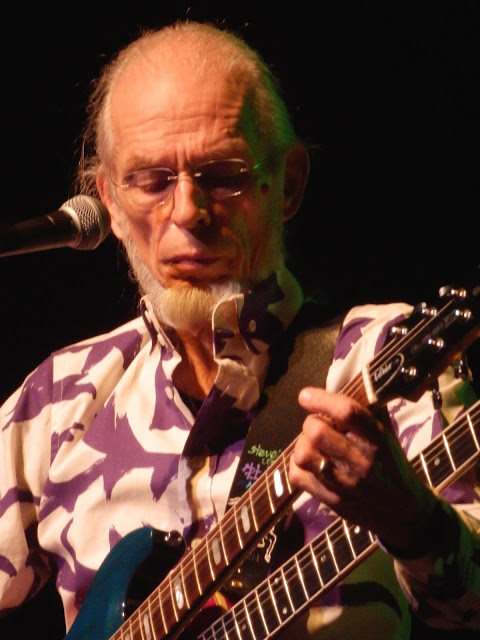 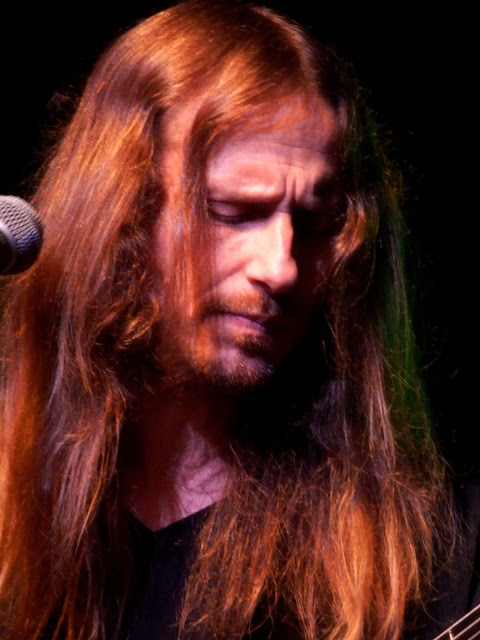 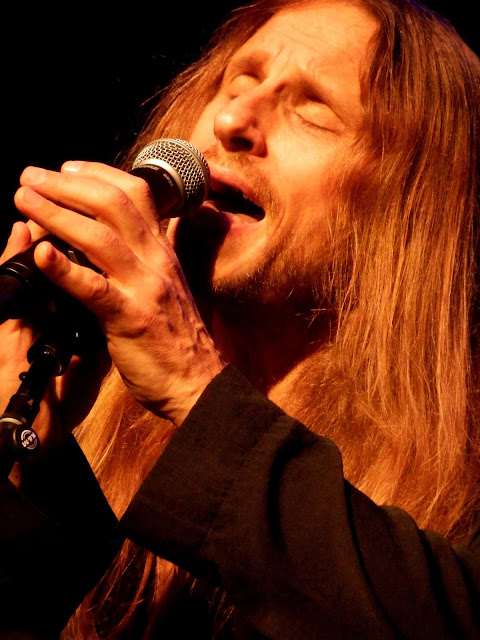 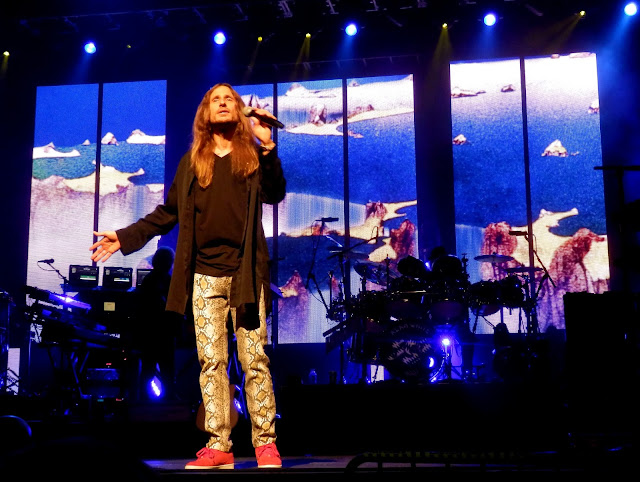 Next, 1973 and Tales from Topographic Oceans.  Steve sat to play Leaves of Green, and Jon came in to sing with him. It's a very delicate piece. 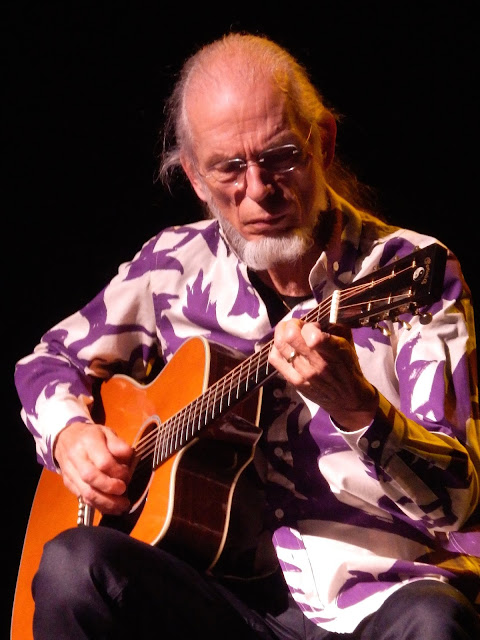 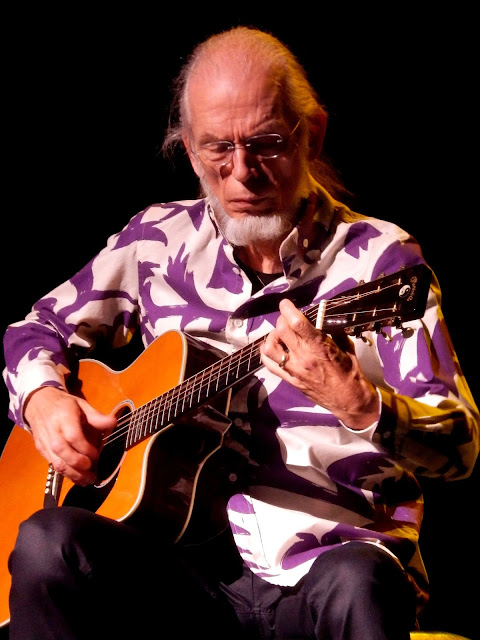 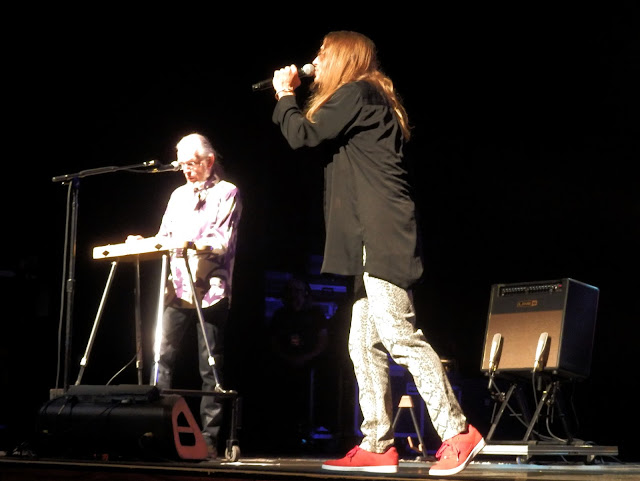 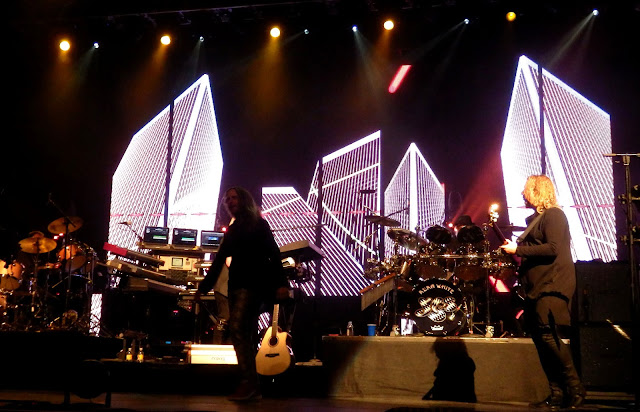 Tormato and a funked-up Don't Kill the Whale, introduced by the major pounding drummage of Howe Junior.  Because there are two drummers, Dylan (Steve's son) and Alan White.  More audience confusion. 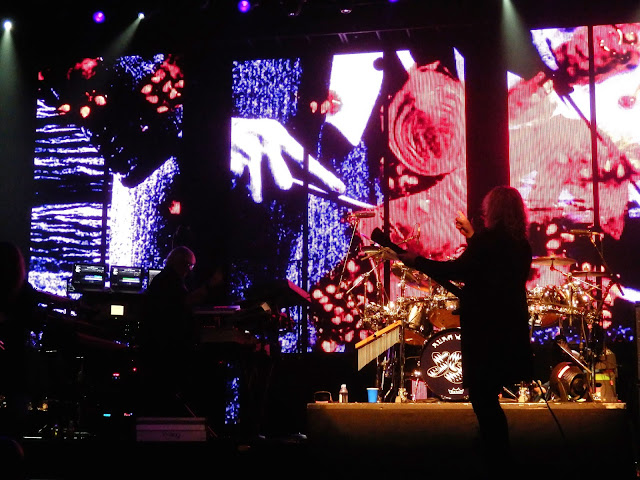 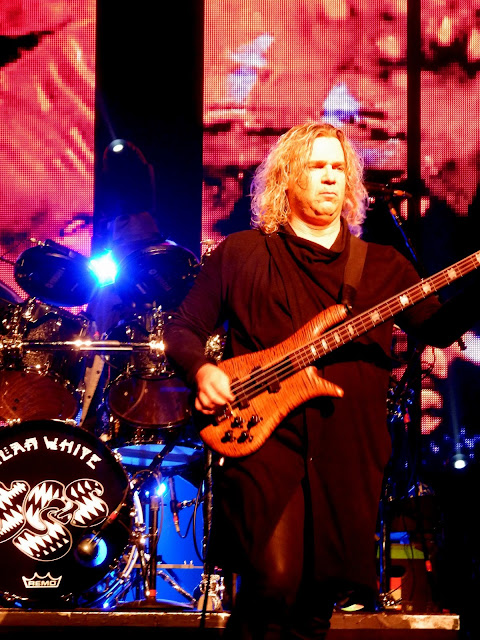 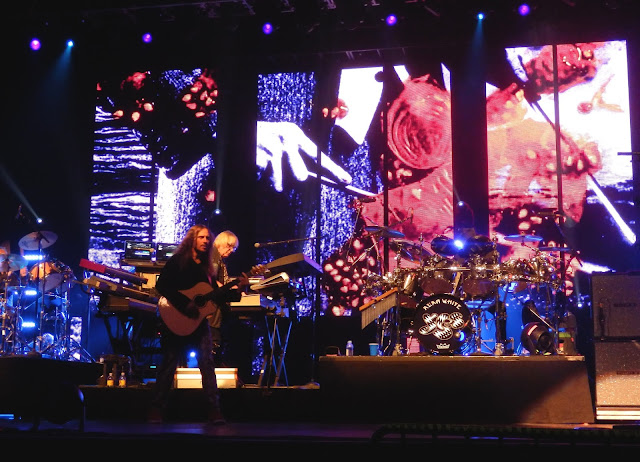 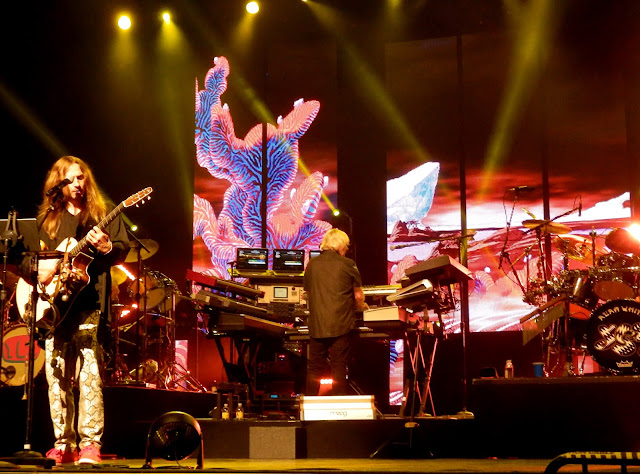 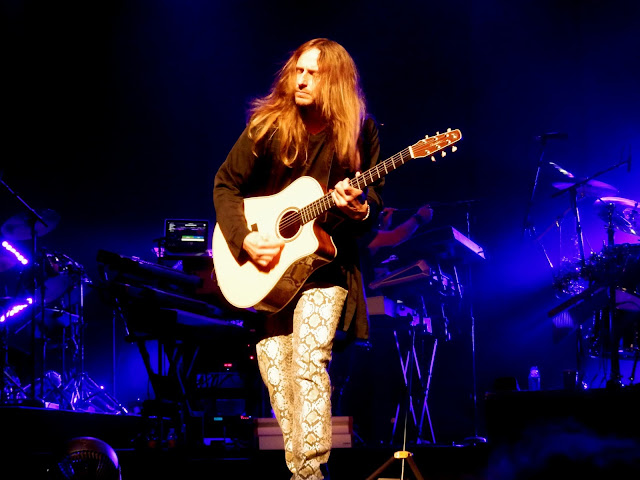 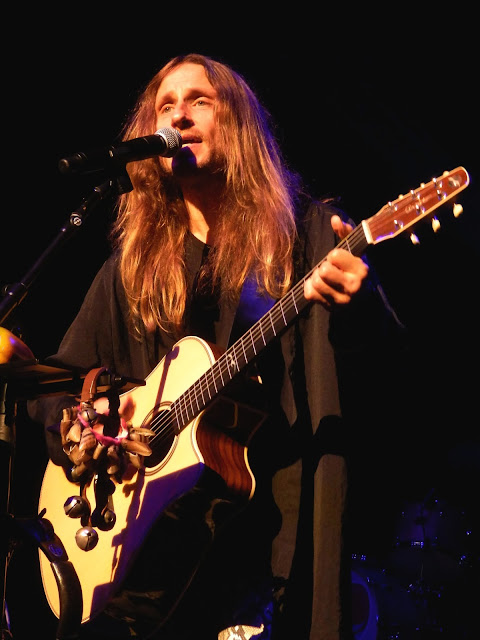 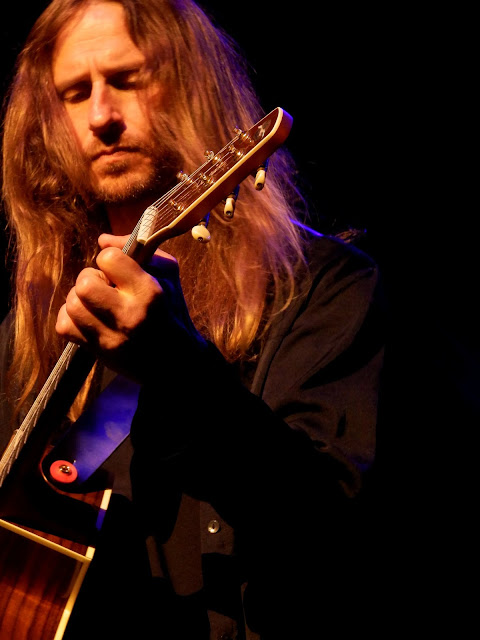 Now, King Crimson may have a weird load of percussive vegetables. And apparently Jon has a pet green pepper to shake.

At this point, I was down at the front of the stage for three (count 'em) encores - Madrigal, Roundabout and Starship Trooper.  But although the guys were inches away, I didn't take any photos, as being down at the front with all your friends is about being in the moment.  Nothing is better than that moment.

So here are the band, taking their bow. 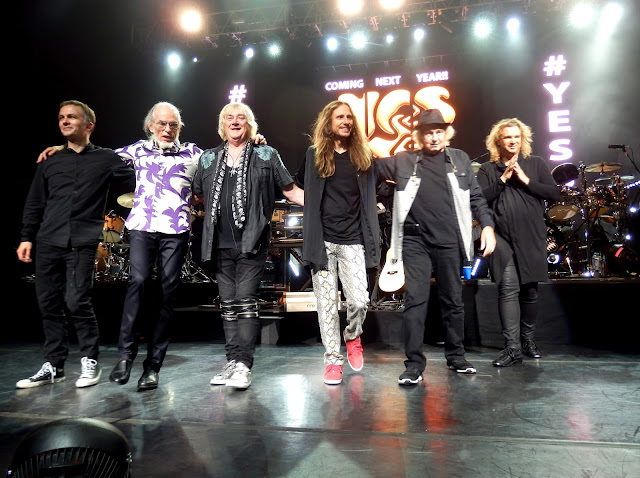 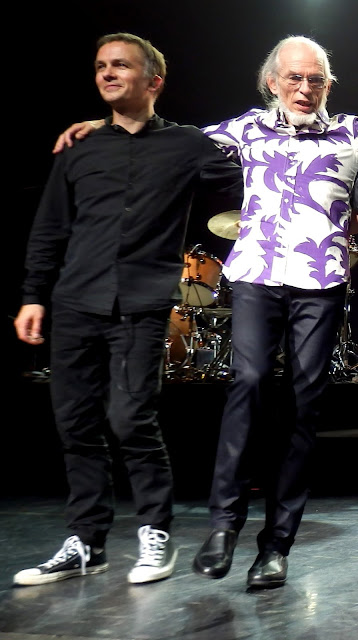