Game of Thrones at Ballintoy Harbour

Last month when I was over in Northern Ireland, one of the locations I went back to to take photographs was Ballintoy Harbour. 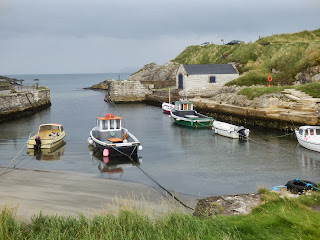 You have to go down a very steep, winding single track road to get to the harbour, and this seclusion along with its open views right out over the sea to Scotland and the western isles gives it an oddly other-worldly feel.

On the way down, there are also some very individual looking houses, none more so than this one.  It's like a mini castle, which I'm told was built by an artist, so it has many windows for many different views.  These arty types!

The harbour also has my favourite name for a boat ever. 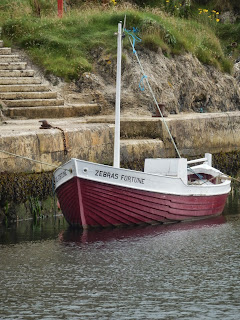 Zebra's Fortune.  What on earth could be the story behind that one?

Anyway, obviously the makers of Game of Thrones also thought that Ballintoy Harbour had that other-worldy rather mystical quality, as there is now a sign there, sporting a picture of Alfie Allen (brother of Lily, whom I saw in Equus) (that's Alfie in Equus, not Lily, although I've seen her as well) to tell you that it was the location for Pyke Harbour. 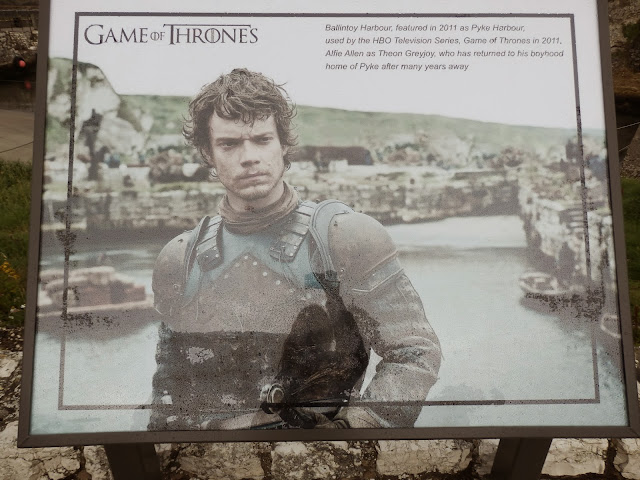 Now, as you all know, Pyke is one of the Iron Islands, an archipelago located on Ironman's Bay, on the western side of Westeros. The island is the site of the castle of the same name, which serves as the seat of House Greyjoy (Alfie Allen is Theon Greyjoy), the ruling house of the Iron Islands, and the town of Lordsport with its harbour.

Here's how it looked in the series.

(Zebra's Fortune Didn't make it into the shot, but Faded Rose did.) 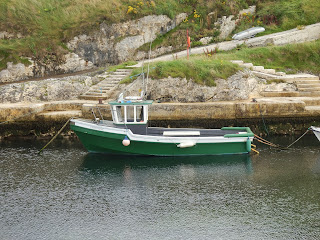 Apparently there are a lot of places along the Causeway Coast that are set locations for Game of Thrones, just as the Welsh coastline provides a lot of the settings for Doctor Who. You can see more locations HERE.

It's just a pity I have no idea what on earth Game of Thrones is all about...
Posted by Judith at 03:37