What Do Artists Do All Day?

I've been meaning to get round to seeing this series of short programmes, mainly out of sheer curiosity about my peers.

Being an artist is such a solitary occupation, that it's actually difficult to know what they do actually do all day, and I have a suspicion that they're all sitting around with their feet up and a cup of tea reading Heat, before donning a bohemian outfit and going off to drink absinthe with the glitteratti...where did I go wrong?

However, last night managed to catch the one about Tom Wood on BBC4.  See it on i-Player HERE.

This was a profile of the acclaimed photographer who has taken photographs almost every day for the past 40 years, mainly around the streets, workplaces and nightspots of Merseyside. It's a unique record of British working class life, and reminded me a little of Vivian Maiers' work. 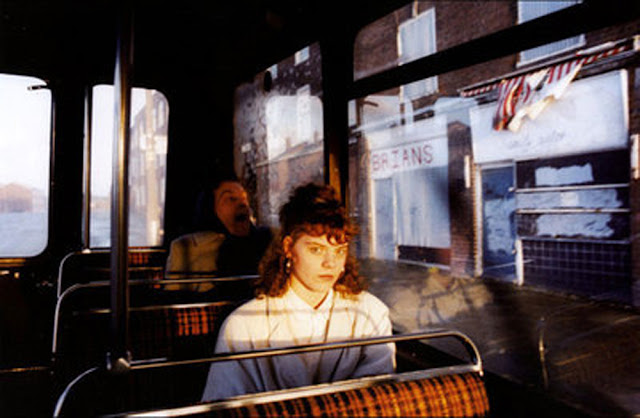 The film showed Tom visiting Mayo in the west of Ireland, where he was born, and documenting  his encounters whilst photographing the landscape and the people for a new book. The people he was photographing were used to his presence, and in fact, some of them had been photographed by him over the course of a number of years.


I was struck by similarities between his working process and mine.  I guess it's up to each artist to figure out what their own working process is through trial and error.  Tom likes to return to areas and people that he is familiar with, sometimes photographing glimpses from moving vehicles, where you have a split second to make the decision to press the shutter.

'The journey becomes part of the process' he said, which is something I could really relate to.  When I visit a place, often somewhere that I return to again and again, it is, indeed, all about the journey, as you make notes with the camera.  You find out the meaning when you get there.

The most interesting part of the programme was when he returned to a shop run by Mr Hickson the draper.  Over years of visiting the shop, the owner had often gone upstairs to get items for Tom, and this time he asked if he could see upstairs, to the secret Aladdin's cave.

See a clip of Tom's visit to the shop HERE.

What he found was a series of derelict rooms, with peeling paint, cobwebbed windows, piles of abandoned books, shoes, a tailor's dummy.  Tom was uber-excited.  So was I.  It was a dream of a still life, with a thousand images waiting to be taken, a thousand stories to be told.  The women in the shop downstairs couldn't understand his delight.  But it was something I could identify with exactly.
Posted by Judith at 09:27 No comments:

Email ThisBlogThis!Share to TwitterShare to FacebookShare to Pinterest
Labels: Tom Wood photographer, what do artists do all day? 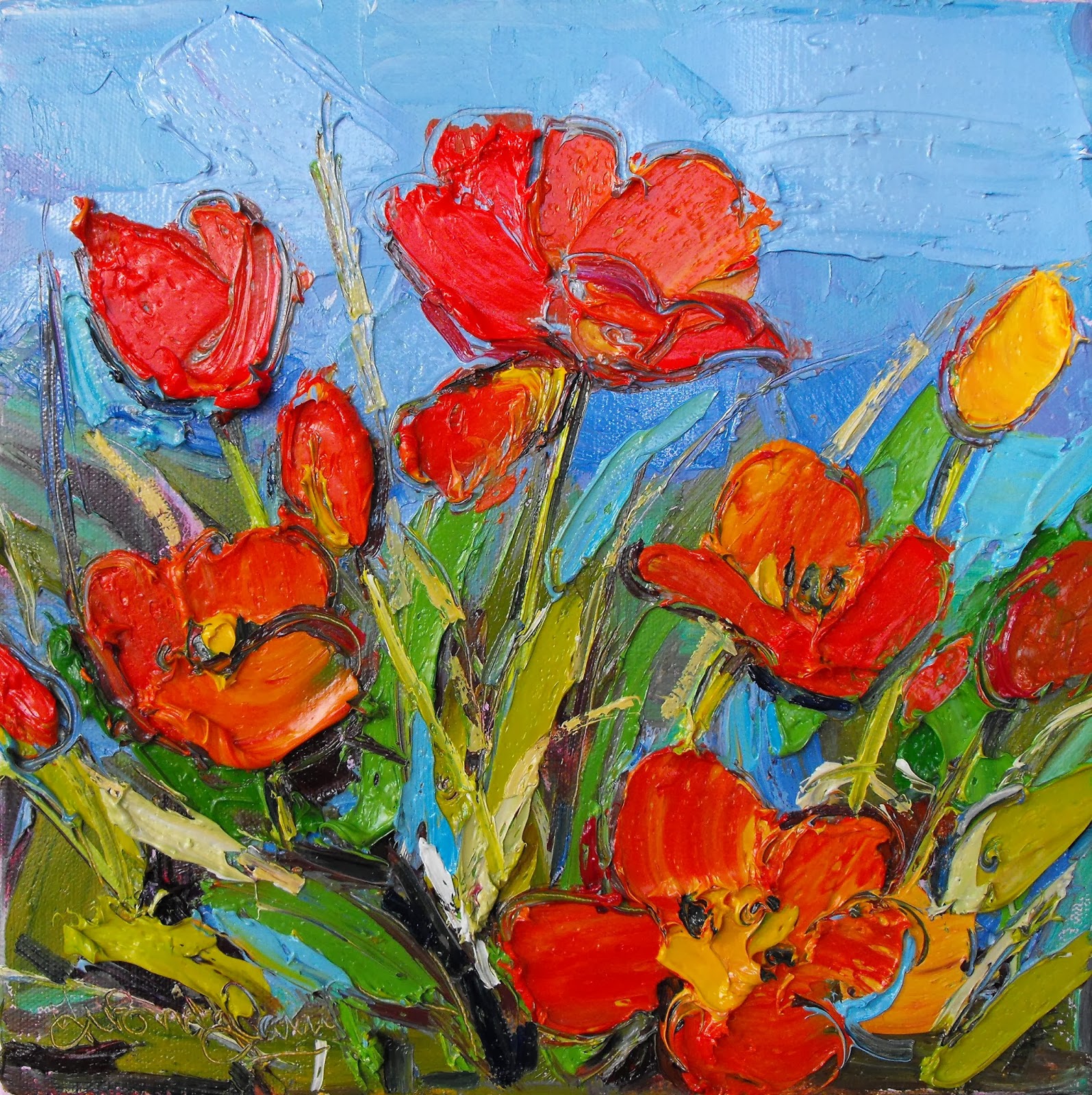 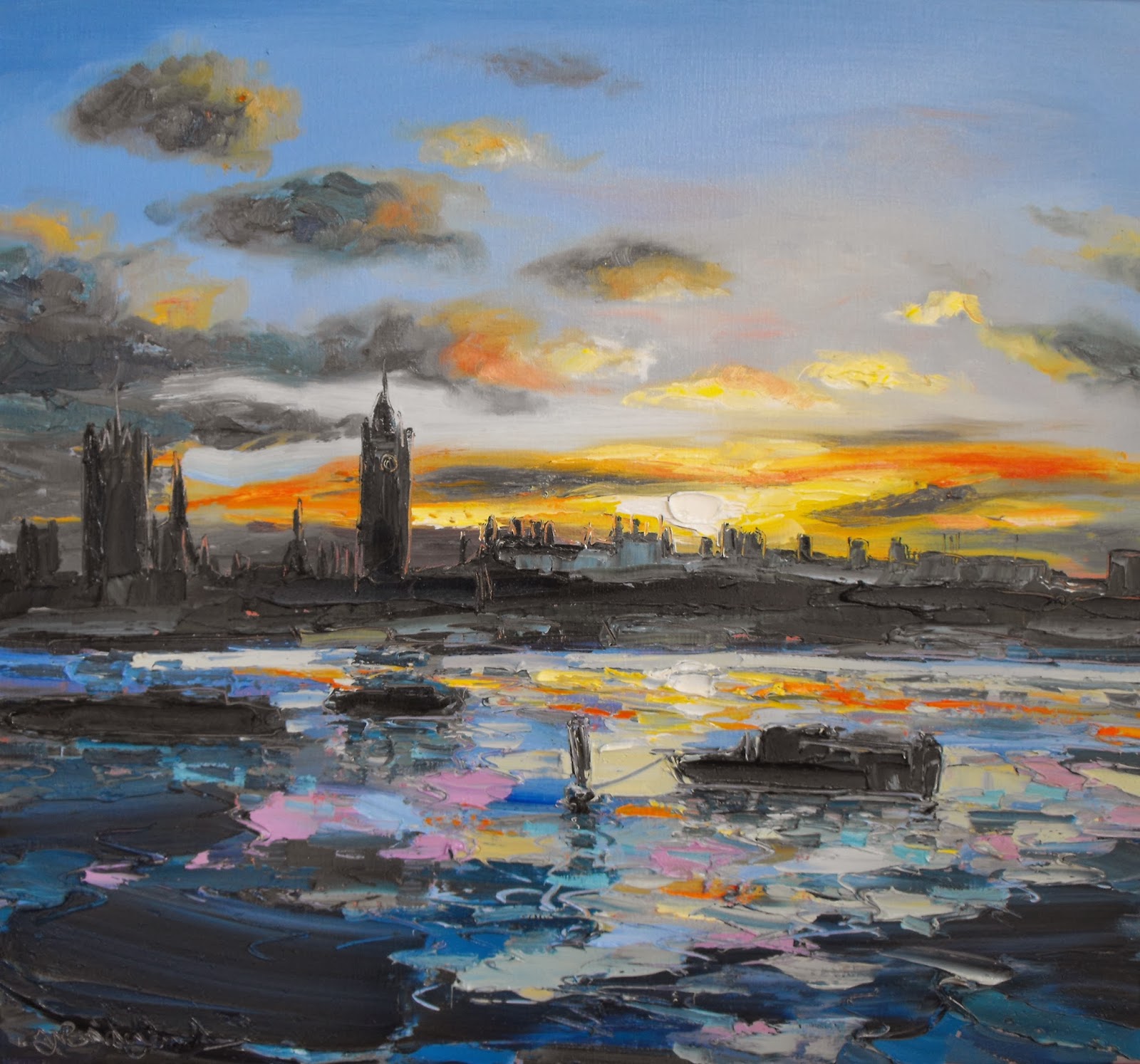 If you do see my show, then it would be great if you could let me know what you think!
Posted by Judith at 03:22 No comments:

Well, it's back to earth with a bump, after a week in London for my show.  And although I may be back, the exhibition goes on until the 11th of March.

Thanks very much indeed to everyone who braved the weather to come along to the preview in St James's on Wednesday and also on Saturday.  It was really lovely to meet and speak to everyone, and I very much appreciate your kind words and enthusiasm for the paintings.

People commented on the way that the bright colours and the vibrancy of the paintings really brightened up a dull winter day.

Here are some images of the show.  Hopefully they manage to convey some of that vibrancy! 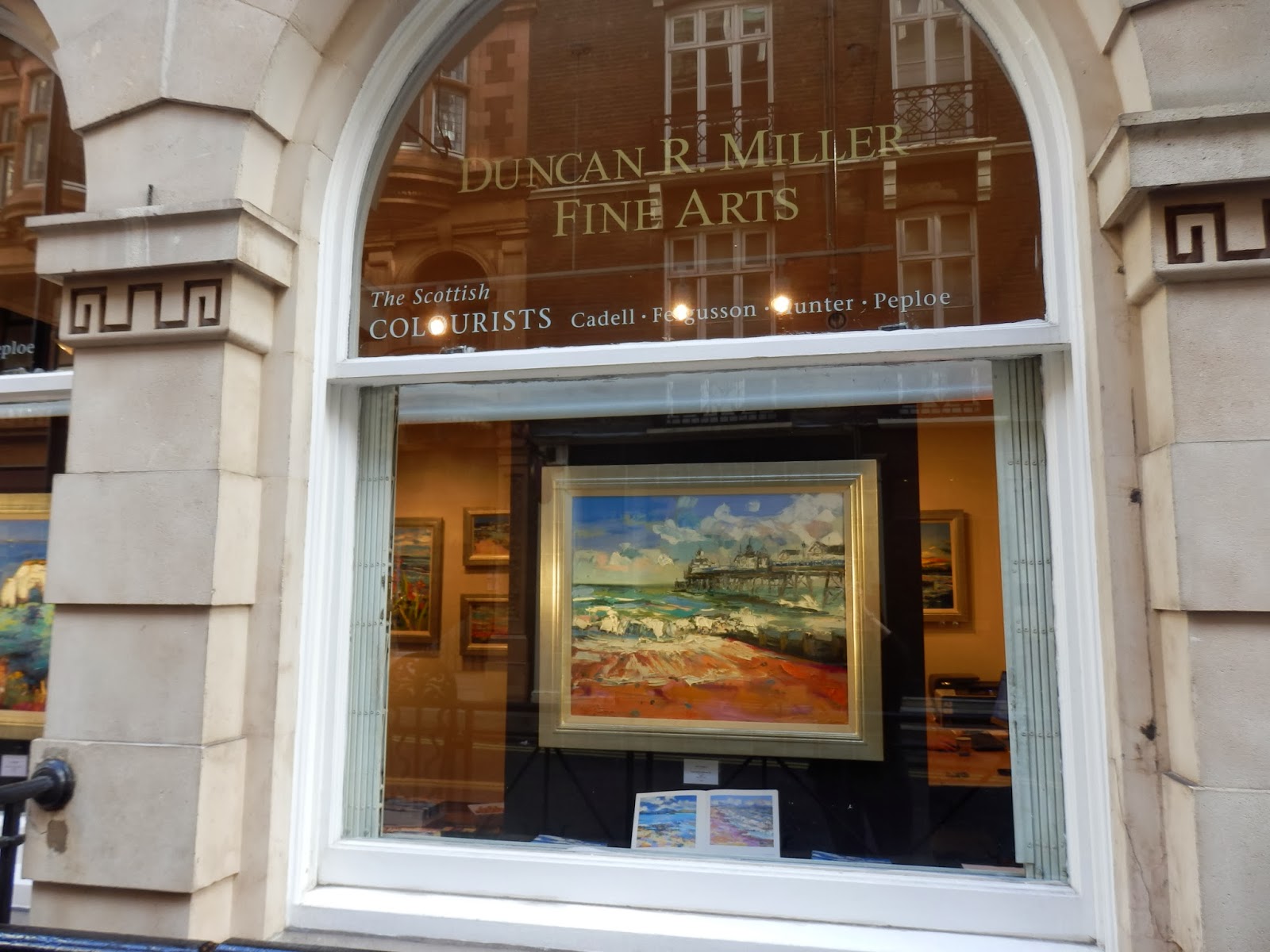 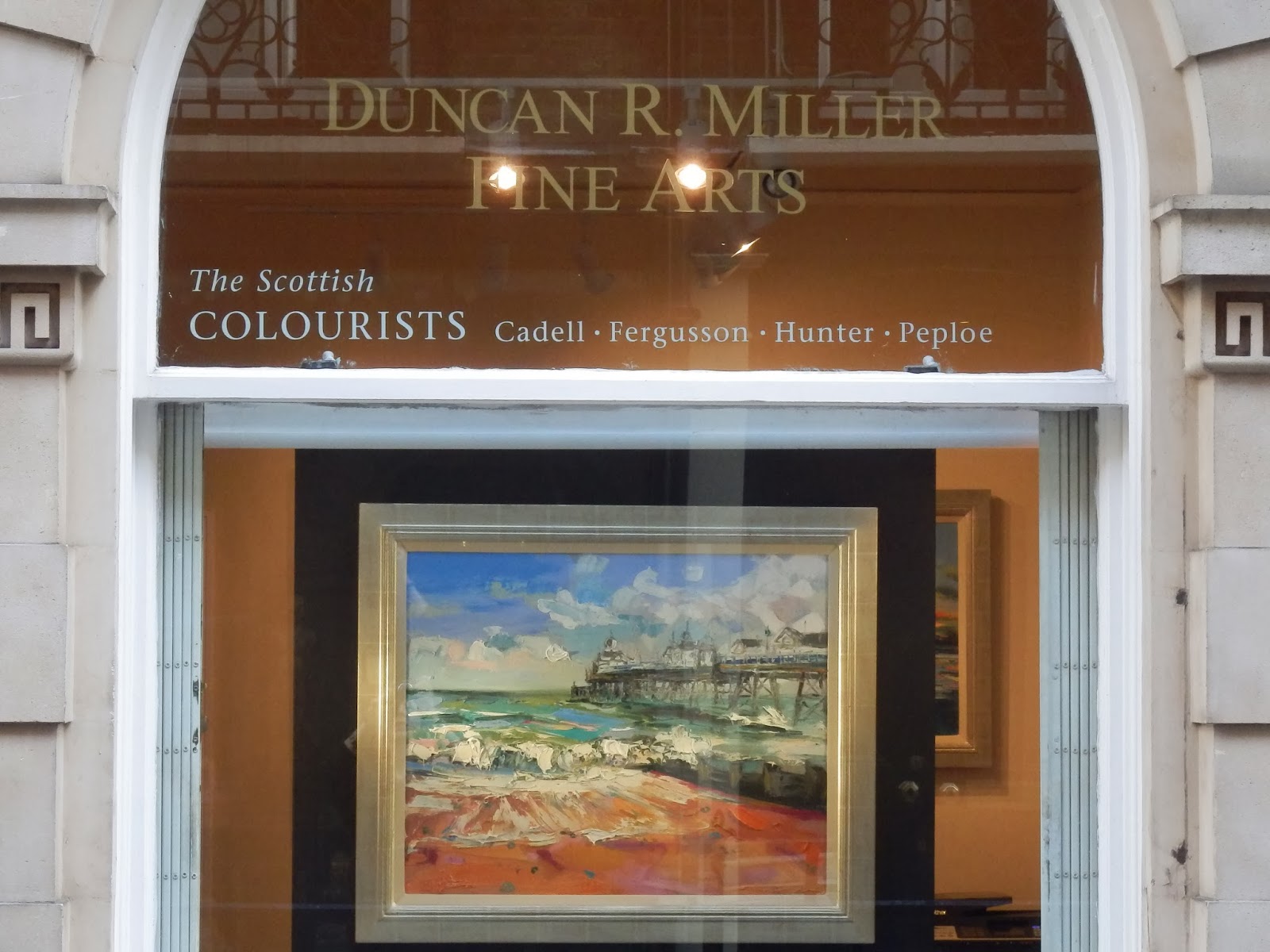 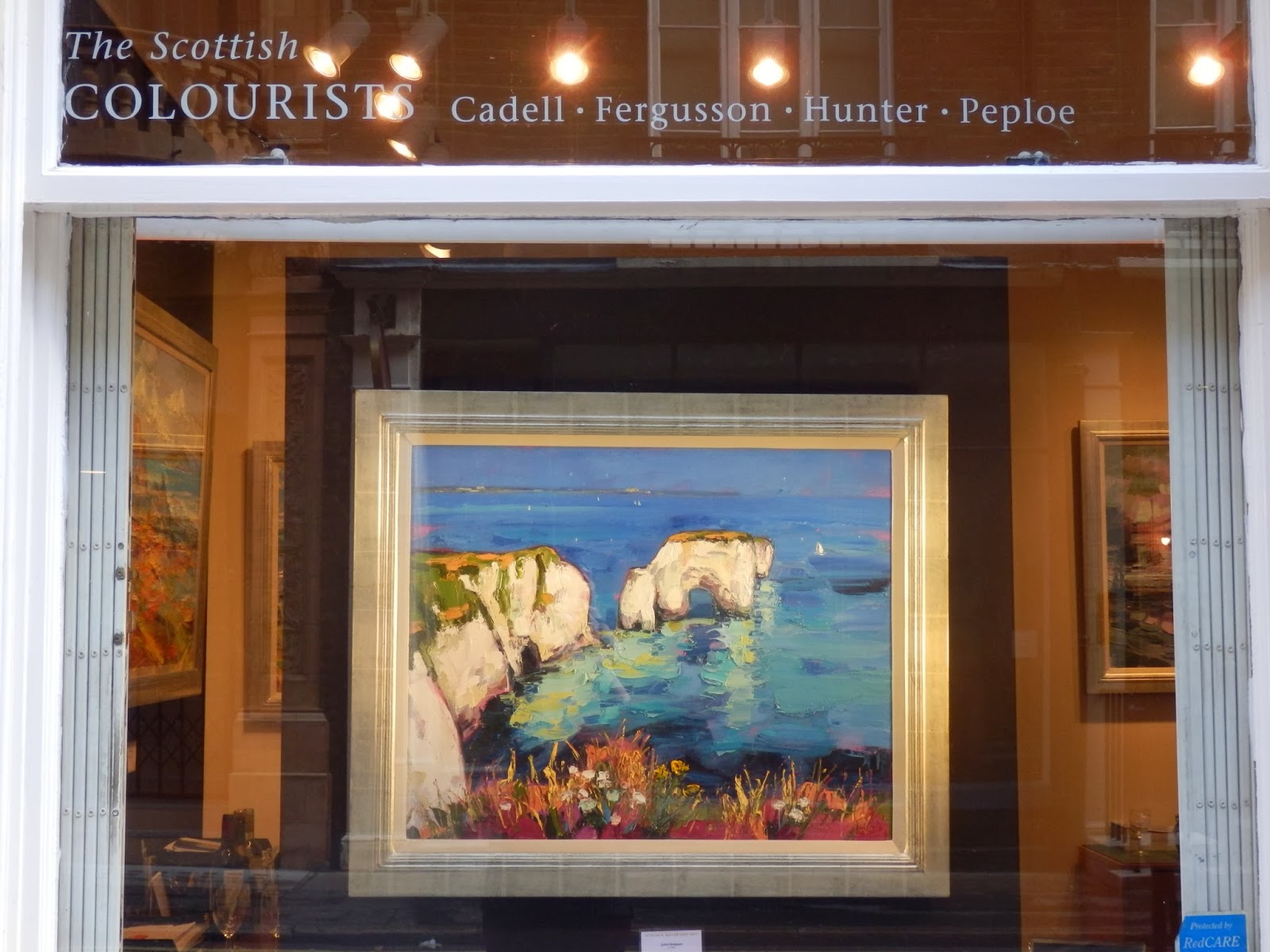 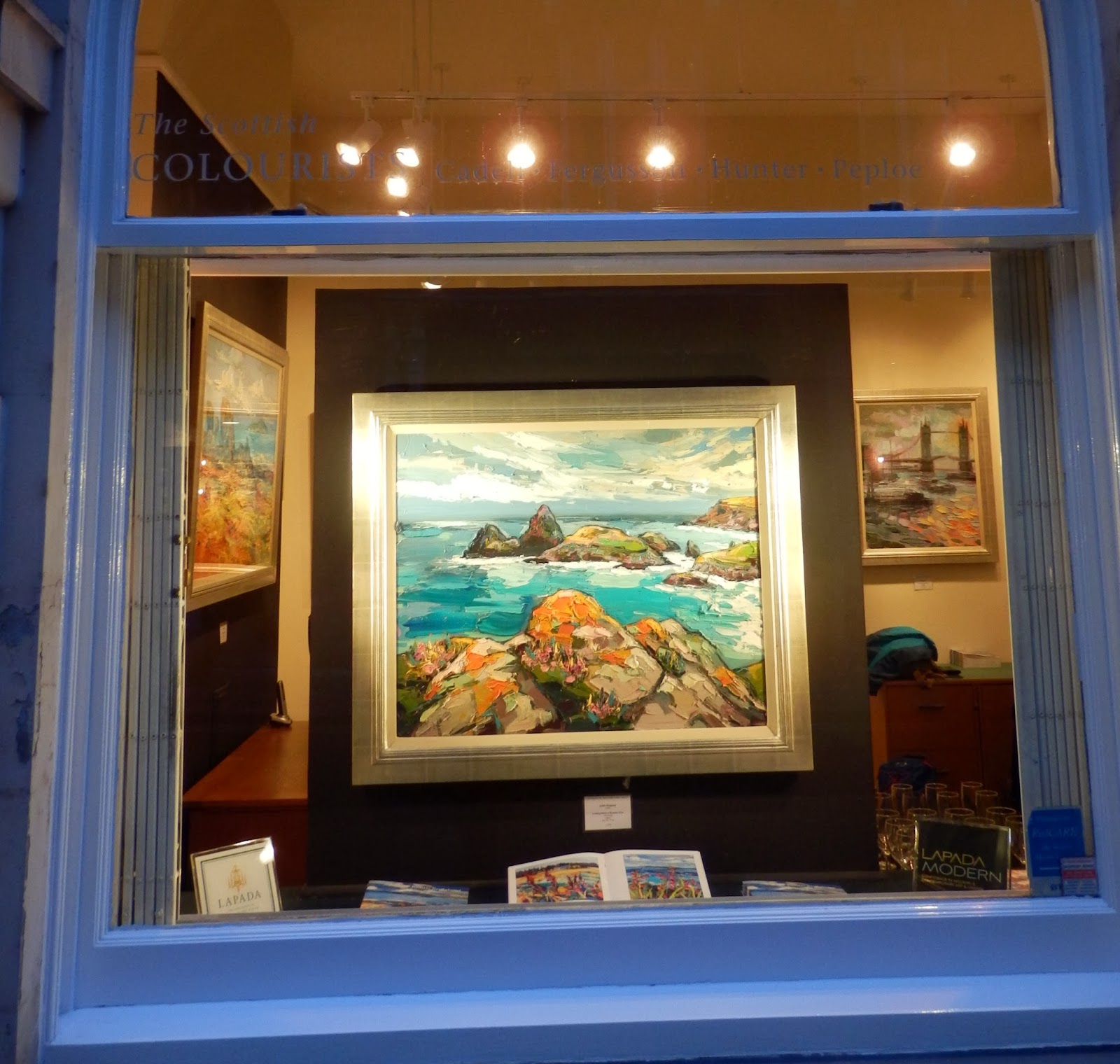 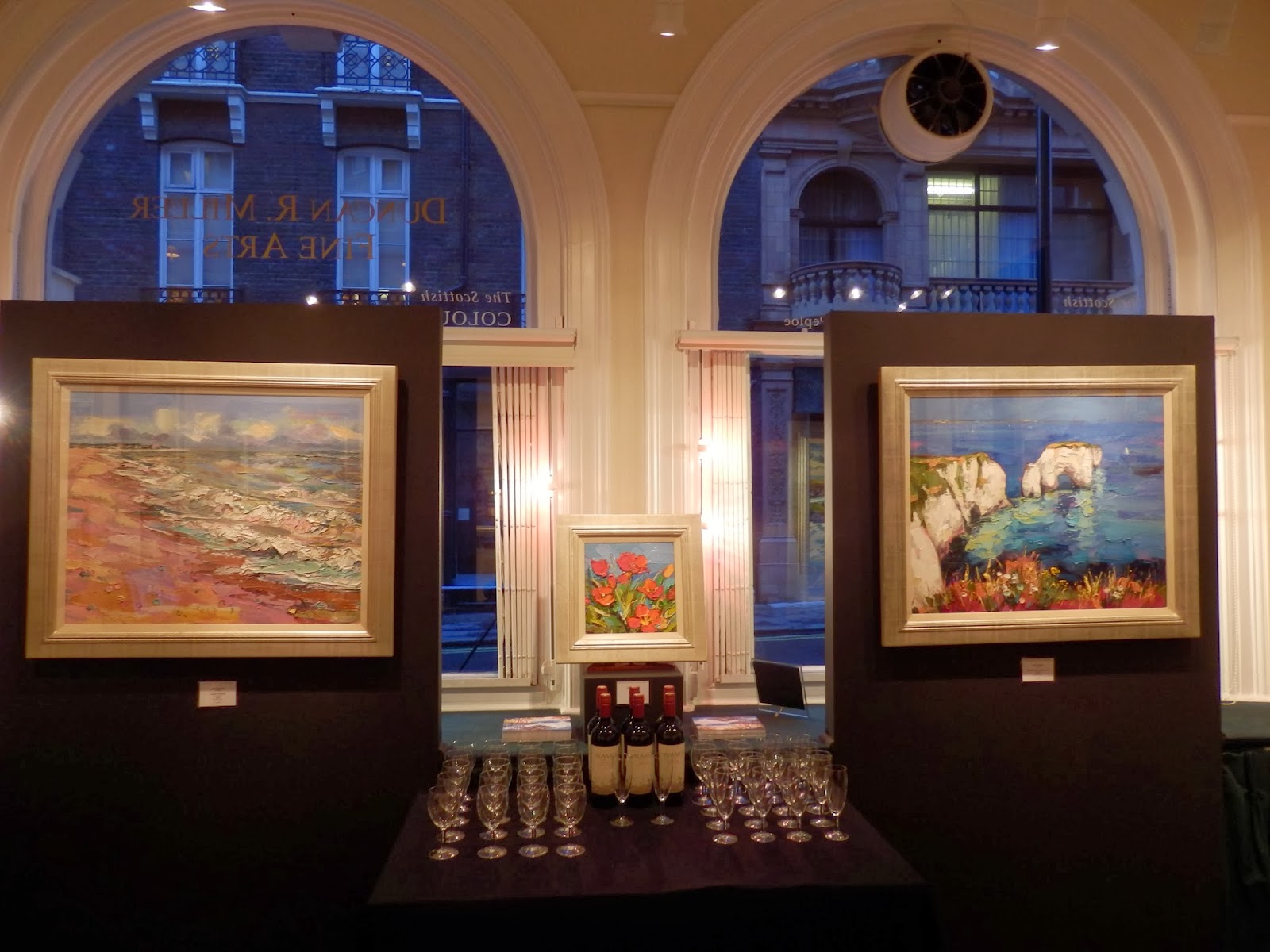 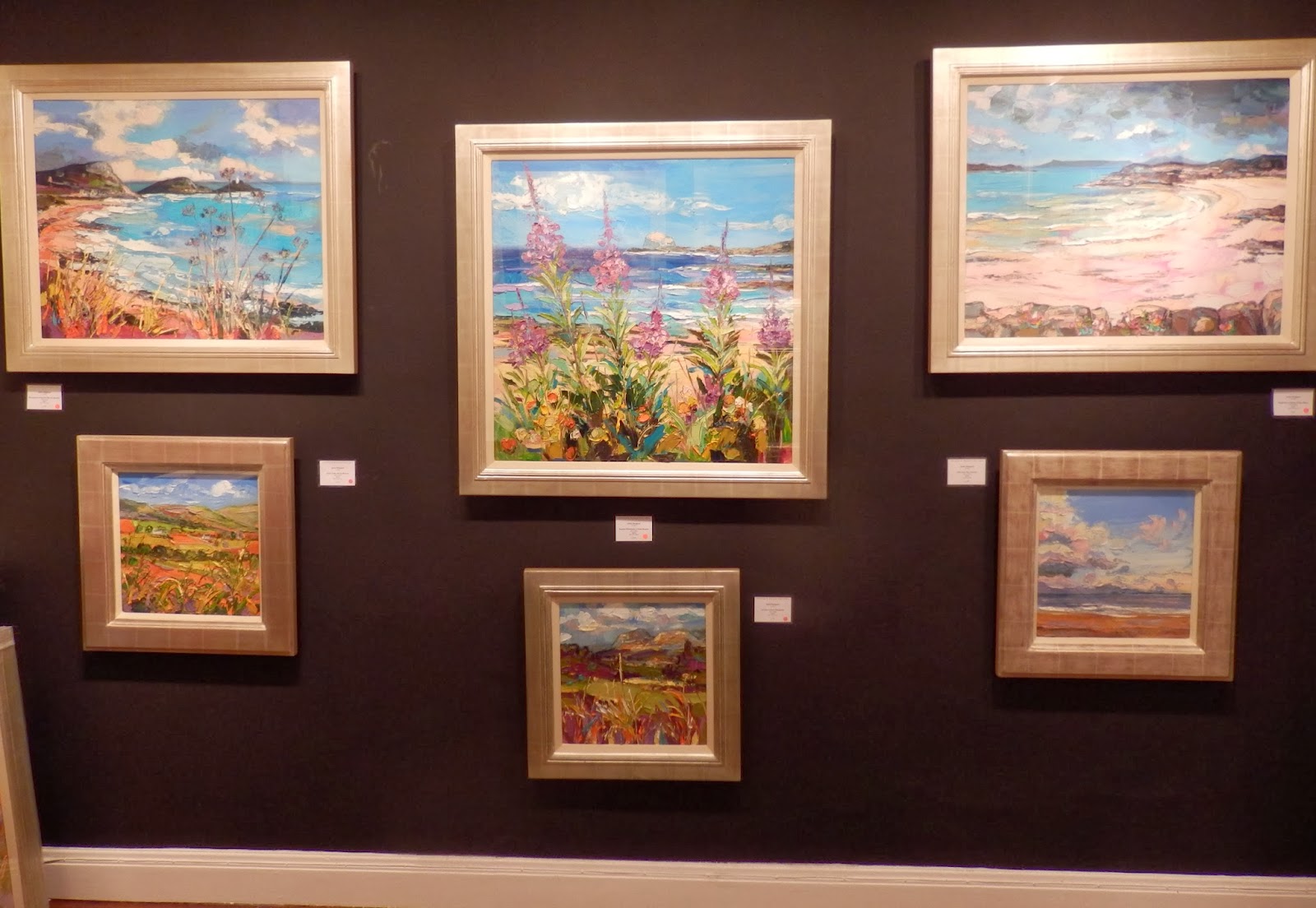 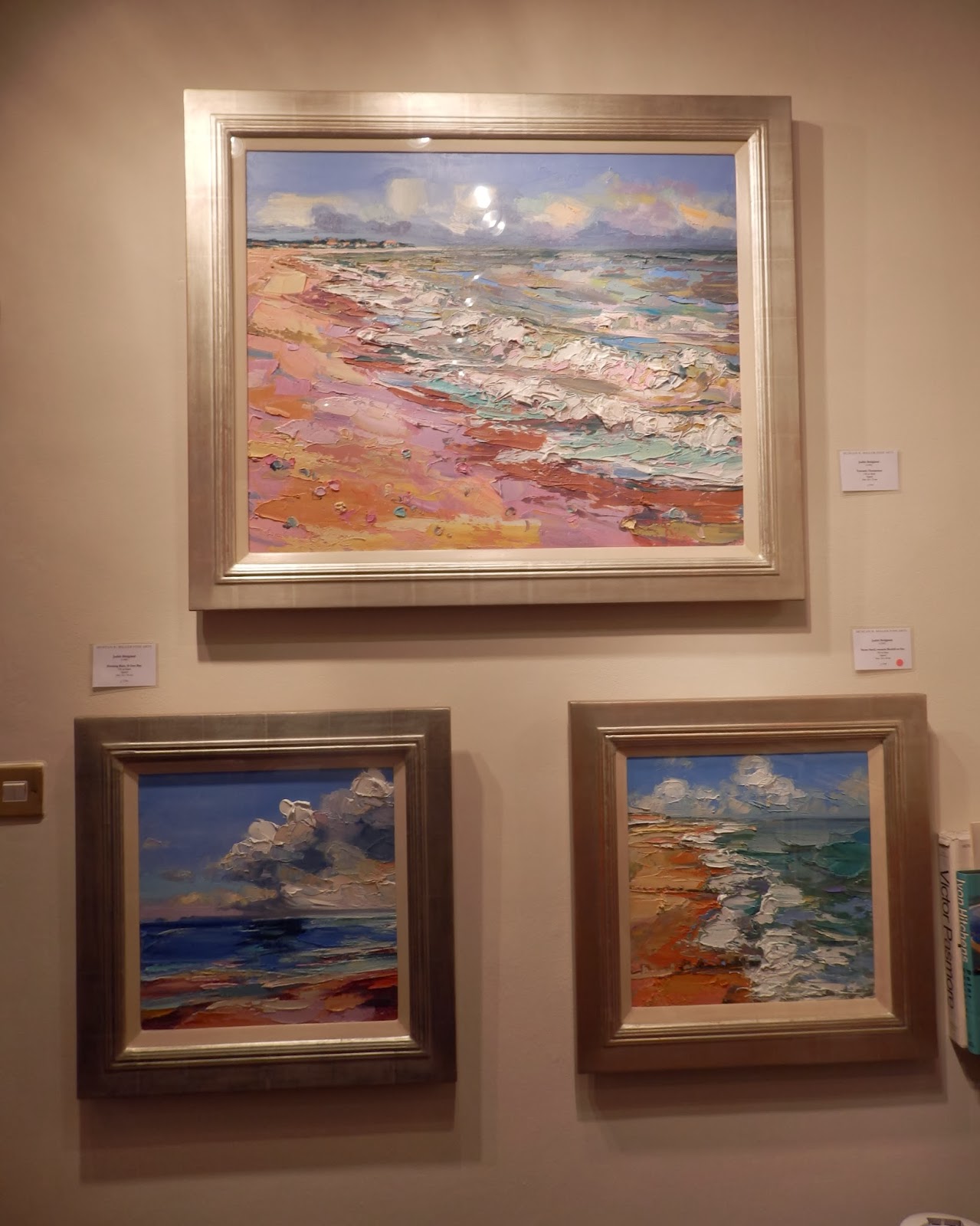 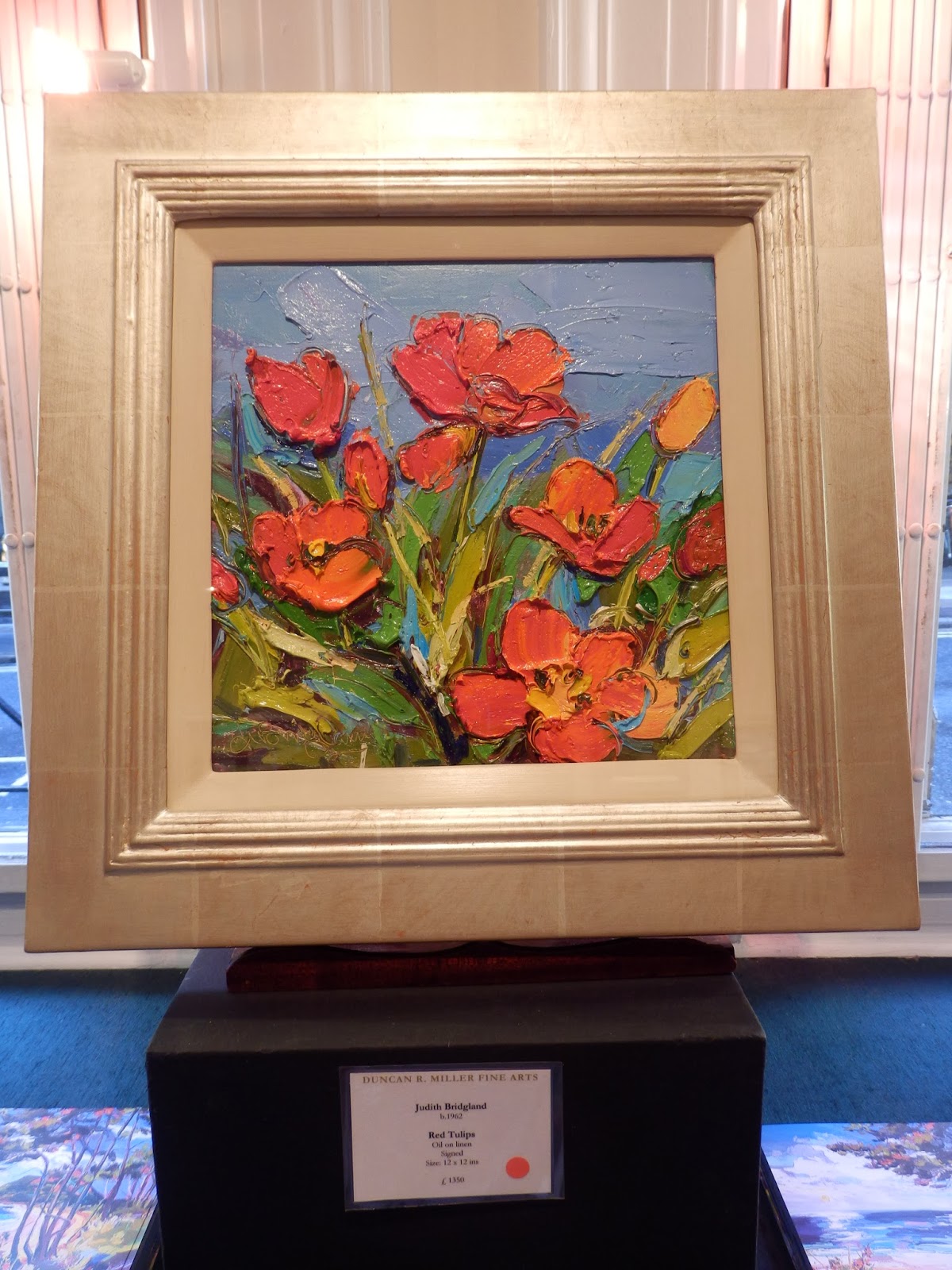 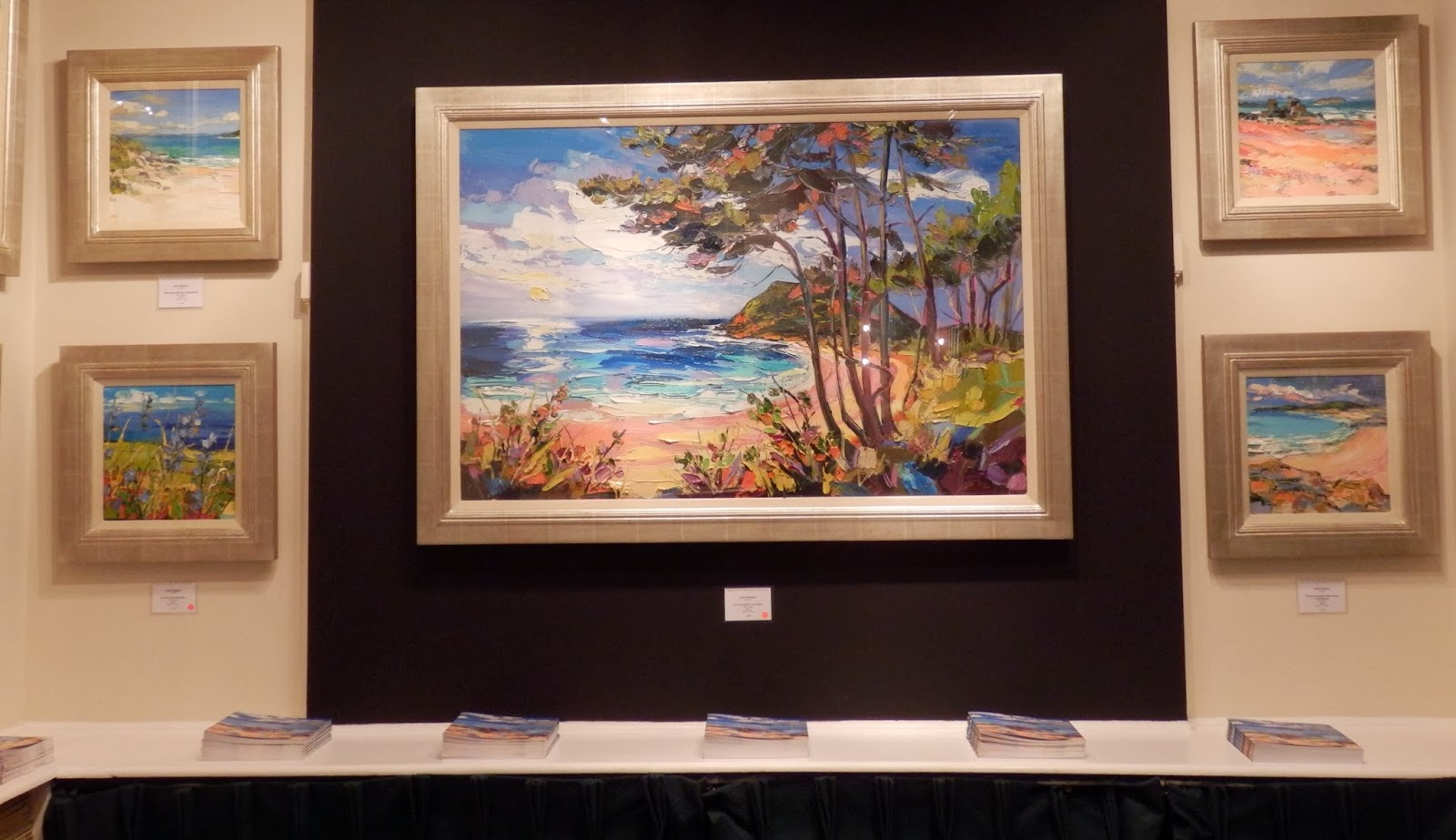 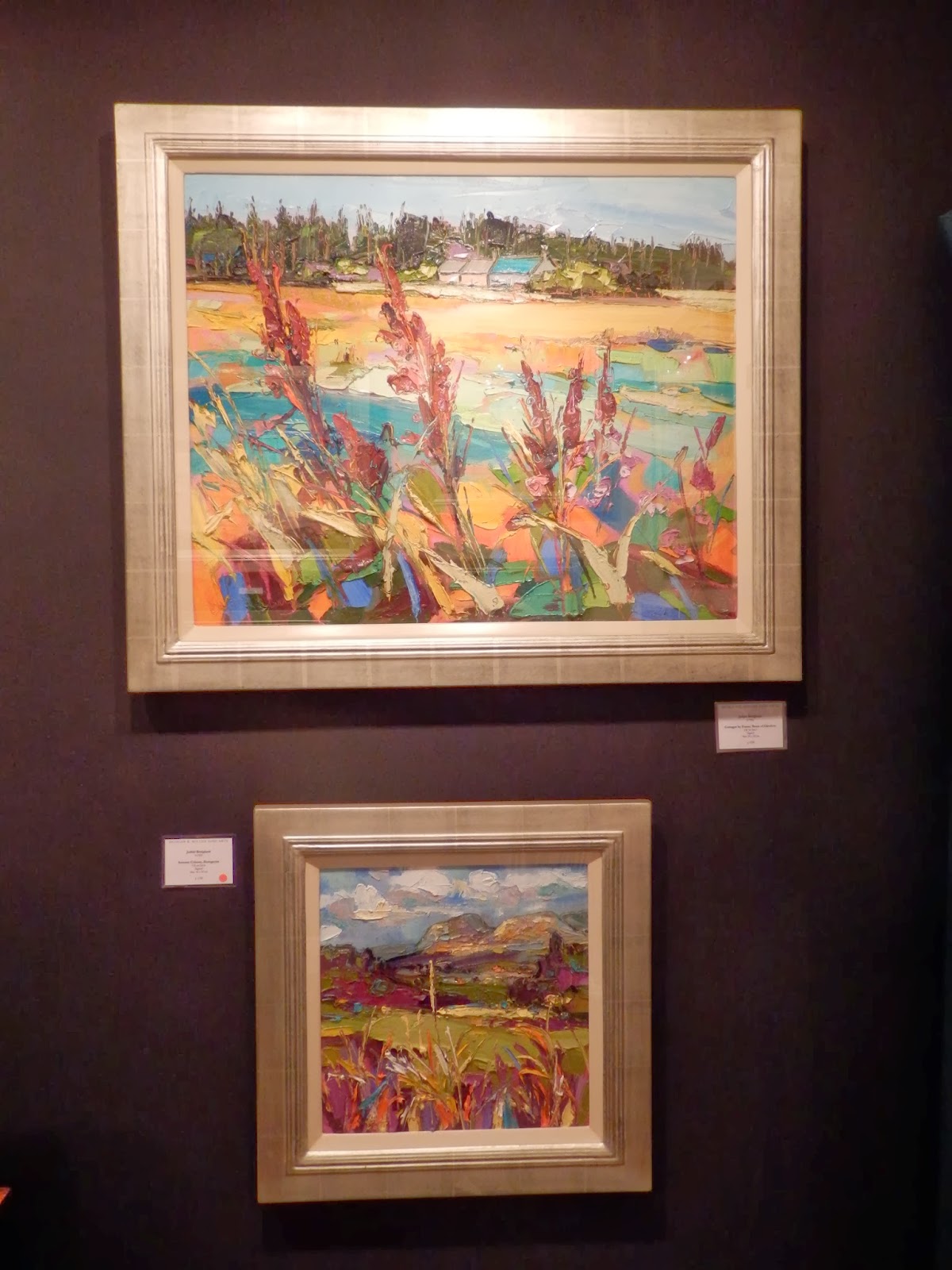 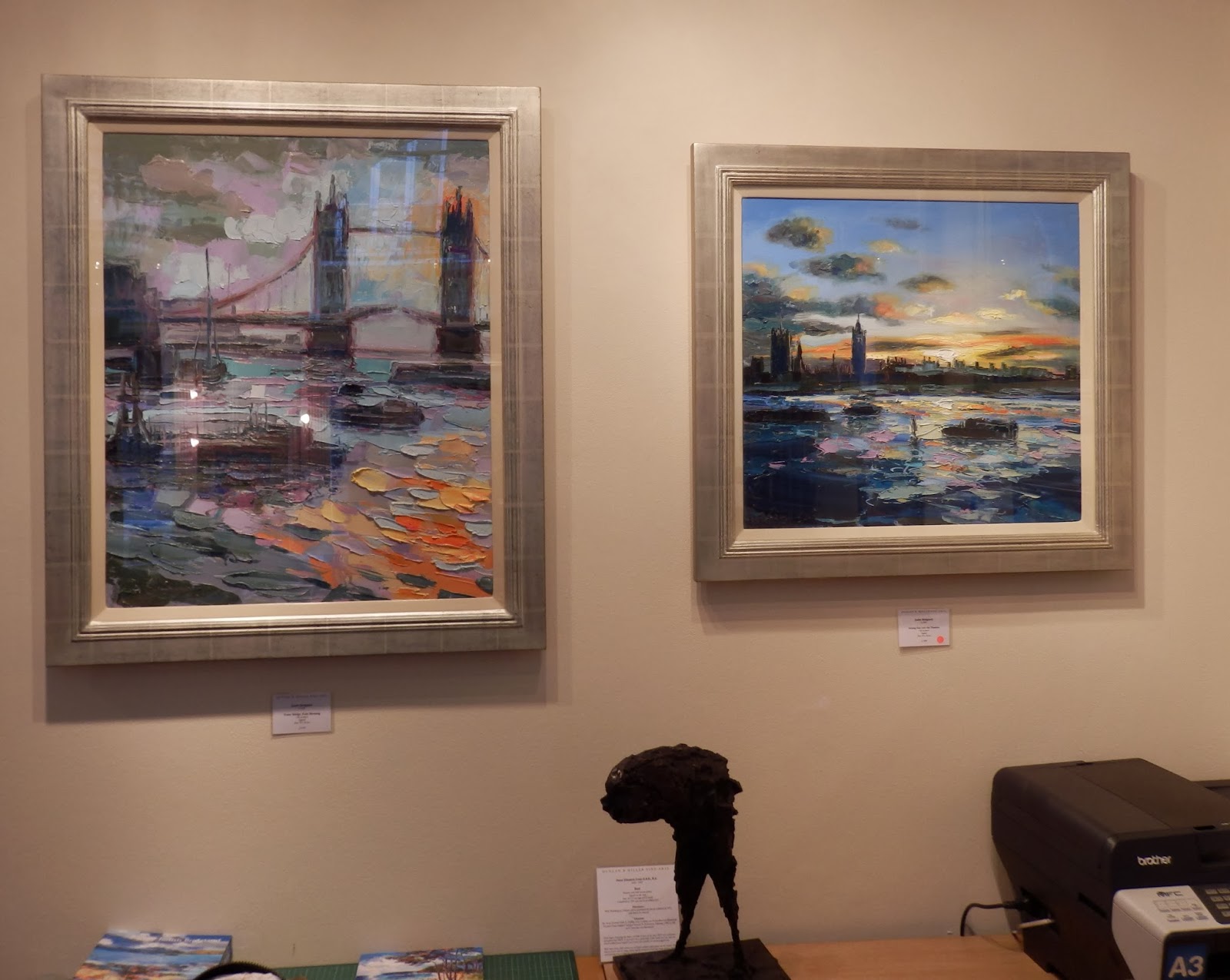 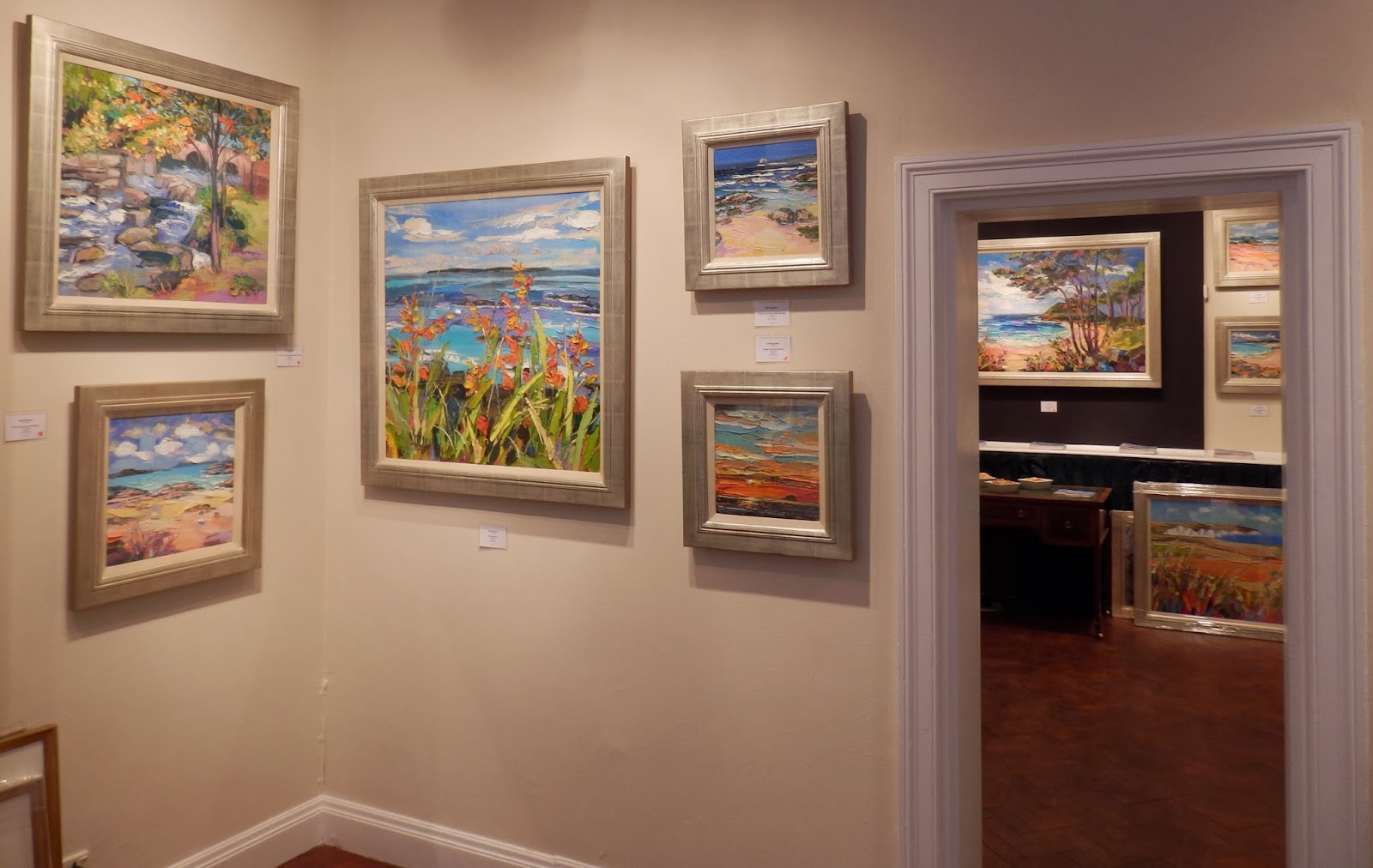 Good news - the tube strike is off!  See you at the preview... 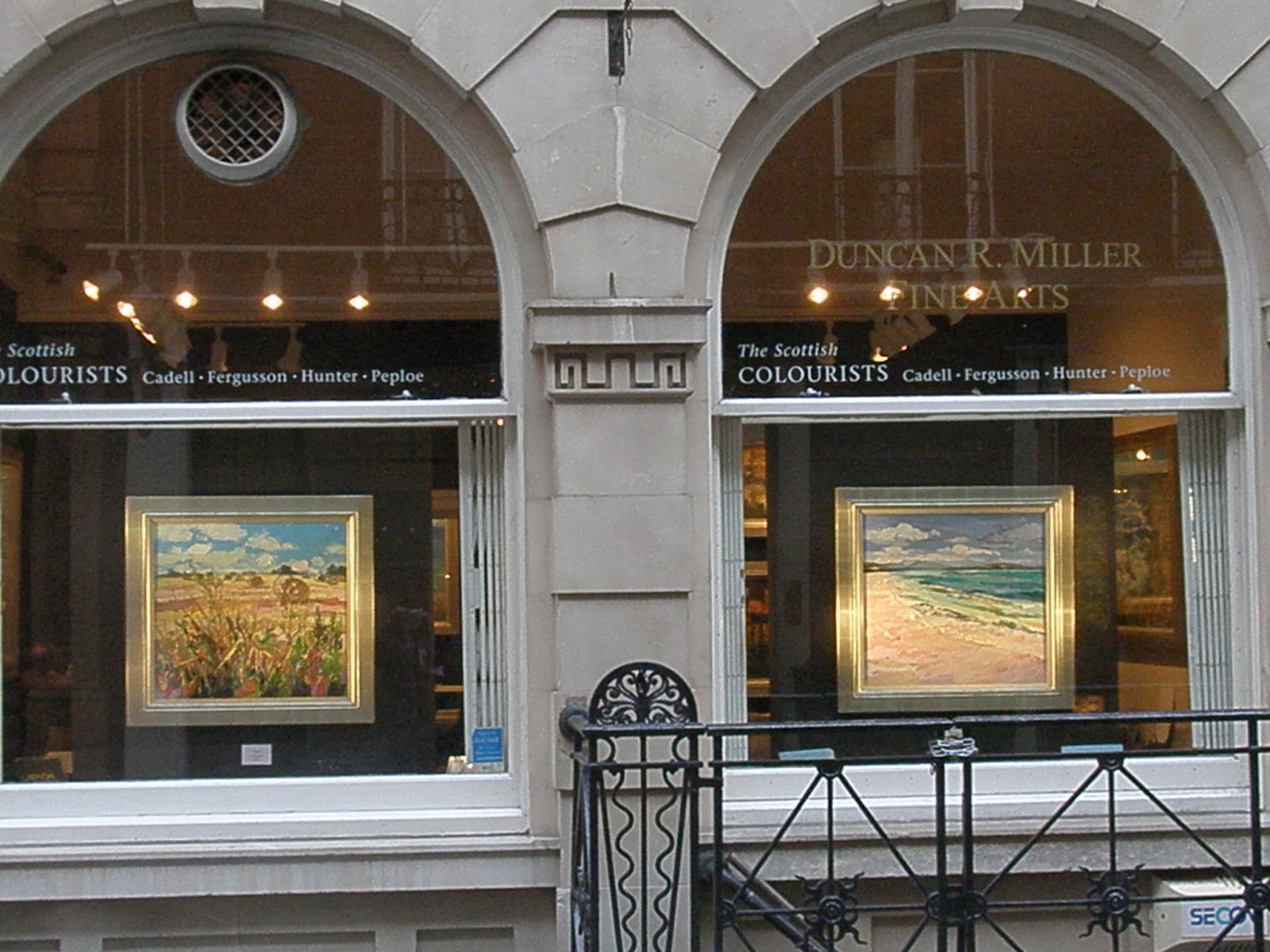 The preview of my solo show in London starts on Wednesday (12th February)  at 5.30, and I'll be there.

Really looking forward to it!    It's always so exciting, so be sure to say hullo to me if you're coming along.  If you want to find it on a map, just click HERE. Email ThisBlogThis!Share to TwitterShare to FacebookShare to Pinterest
Labels: solo show preview, The Call of the Sea

Cuillins from the Beach, Skye

I thought I'd say a quick word about the image on the front of my London catalogue.

It's called Cuillins from the Beach, Skye.

I'm often asked exactly where the places are that feature in my paintings.  This particular scene is of the beach at Tokavaig on the Isle of Skye.

This is Skye, one of the Inner Hebrides on the west coast of Scotland.  It's a large island now joined to the mainland by a bridge from Kyle of Lochalsh to Kyleakin.  There's still a ferry from Mallaig, if you want to reach it the romantic way, and there's also a great little private ferry which goes across to Glenelg (where the amazing brochs are).

And here's Tokavaig.  It's a very very small place.  If you take the line of the ferry that comes across from Mallaig, you'll see a yellow rectangular loop on the side of the red road leading up towards Kyleakin.  Tokavaig is near Tarskavaig, on a nice scenic little loop of single track road.

The rocky beach at Tokavaig looks out over to the famous ridge of the Cuillins in the distance, with Elgol on the right and the little island of Soay on the left. 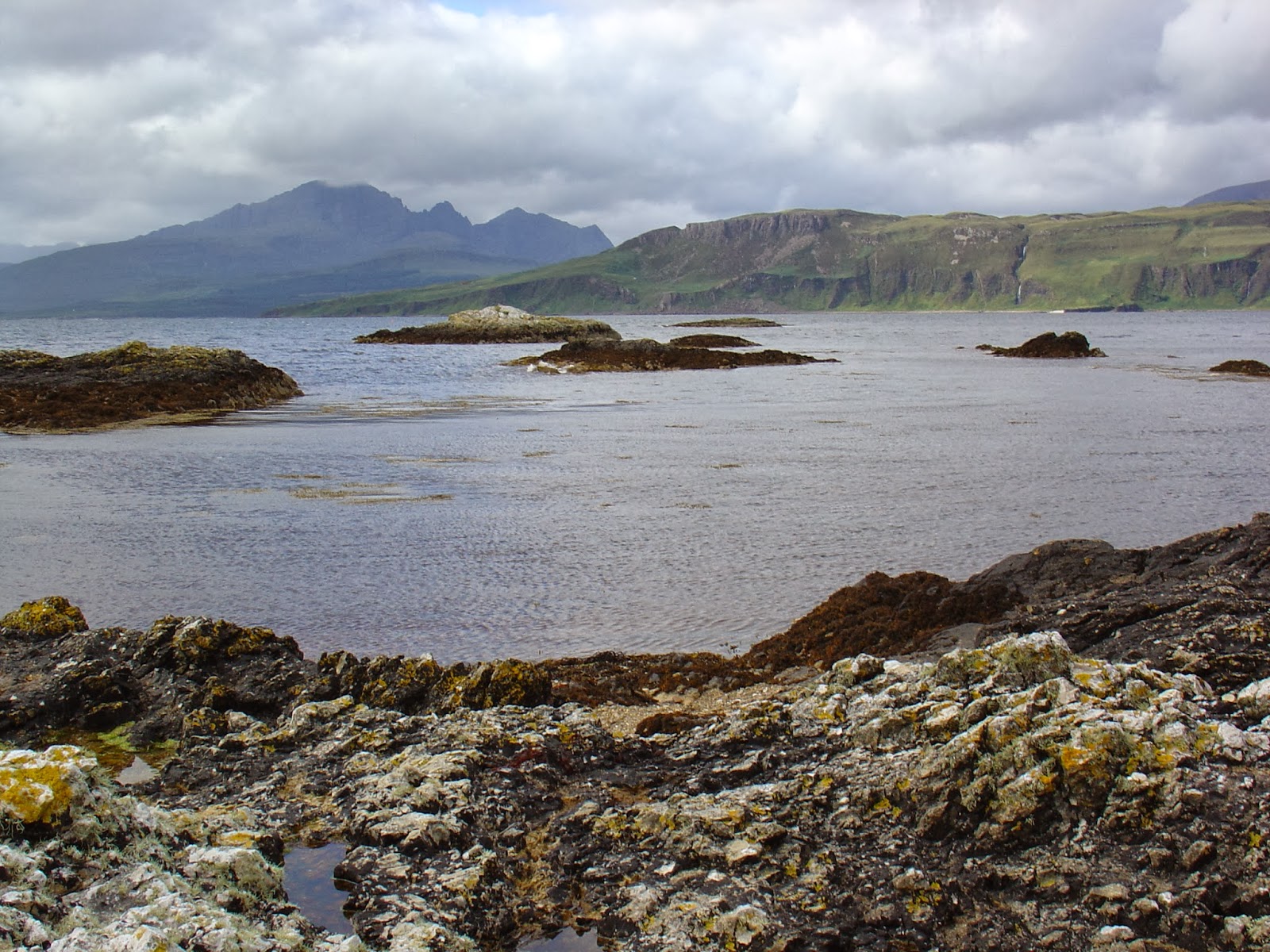 So now you know!

Email ThisBlogThis!Share to TwitterShare to FacebookShare to Pinterest
Labels: Cuillins from the beach, paintings of Skye, Skye, Tarskavaig, Tokavaig paintings

ONE DIRECTION - STORY OF MY LIFE
Posted by Judith at 14:33 No comments:

Email ThisBlogThis!Share to TwitterShare to FacebookShare to Pinterest
Labels: One Direction Story of My Life

I've got some of my watercolours and drawings on exhibition over the next few days at the Works on Paper Fair at the Science Museum in London.  My work is on the Duncan R Miller Fine Arts stand.  If you go along, you'll be able to see work like this... 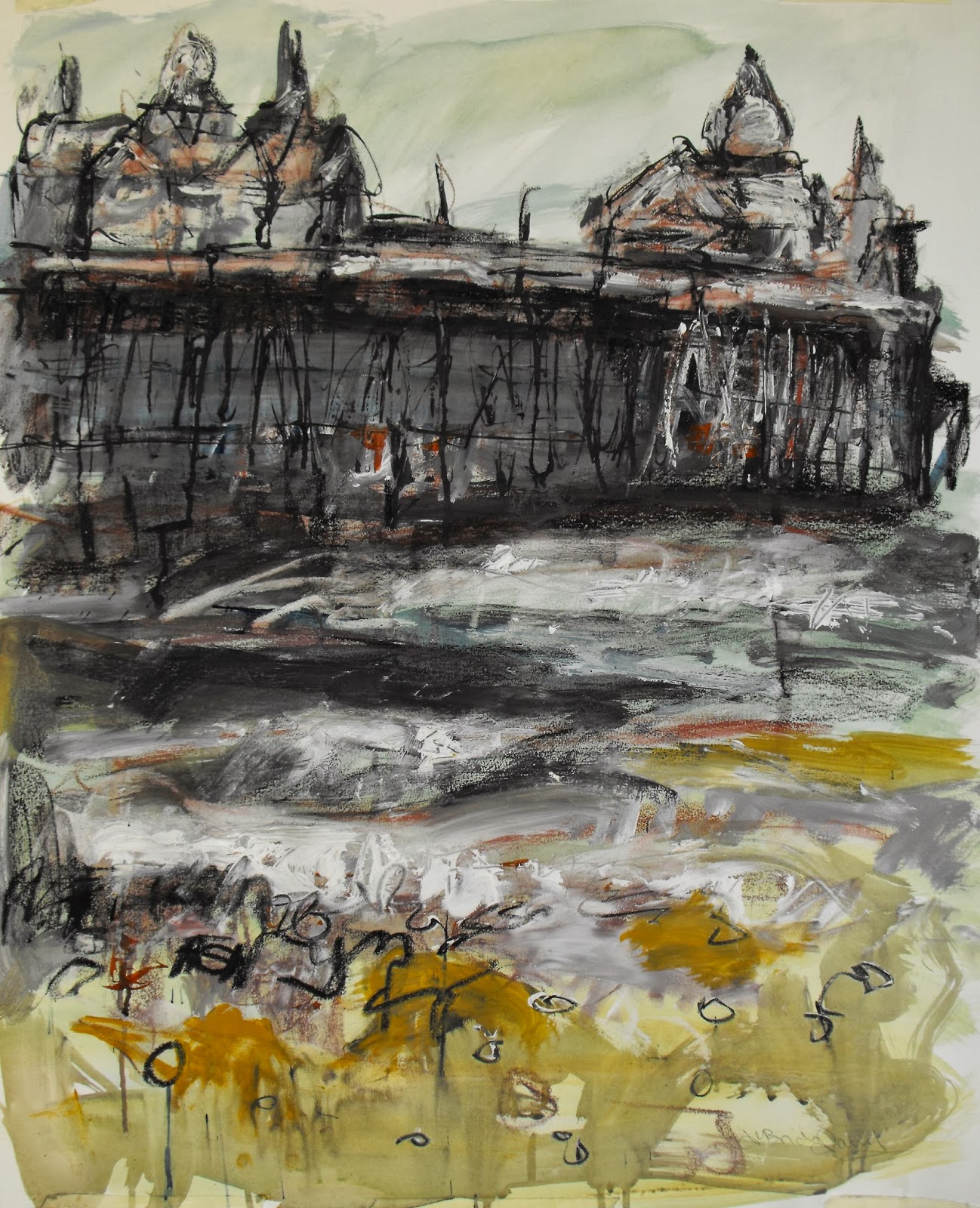 Hopefully there will actually be some people who manage to get along to see the Fair, as there happens to be a Tube strike tomorrow!!  What were the chances of that? 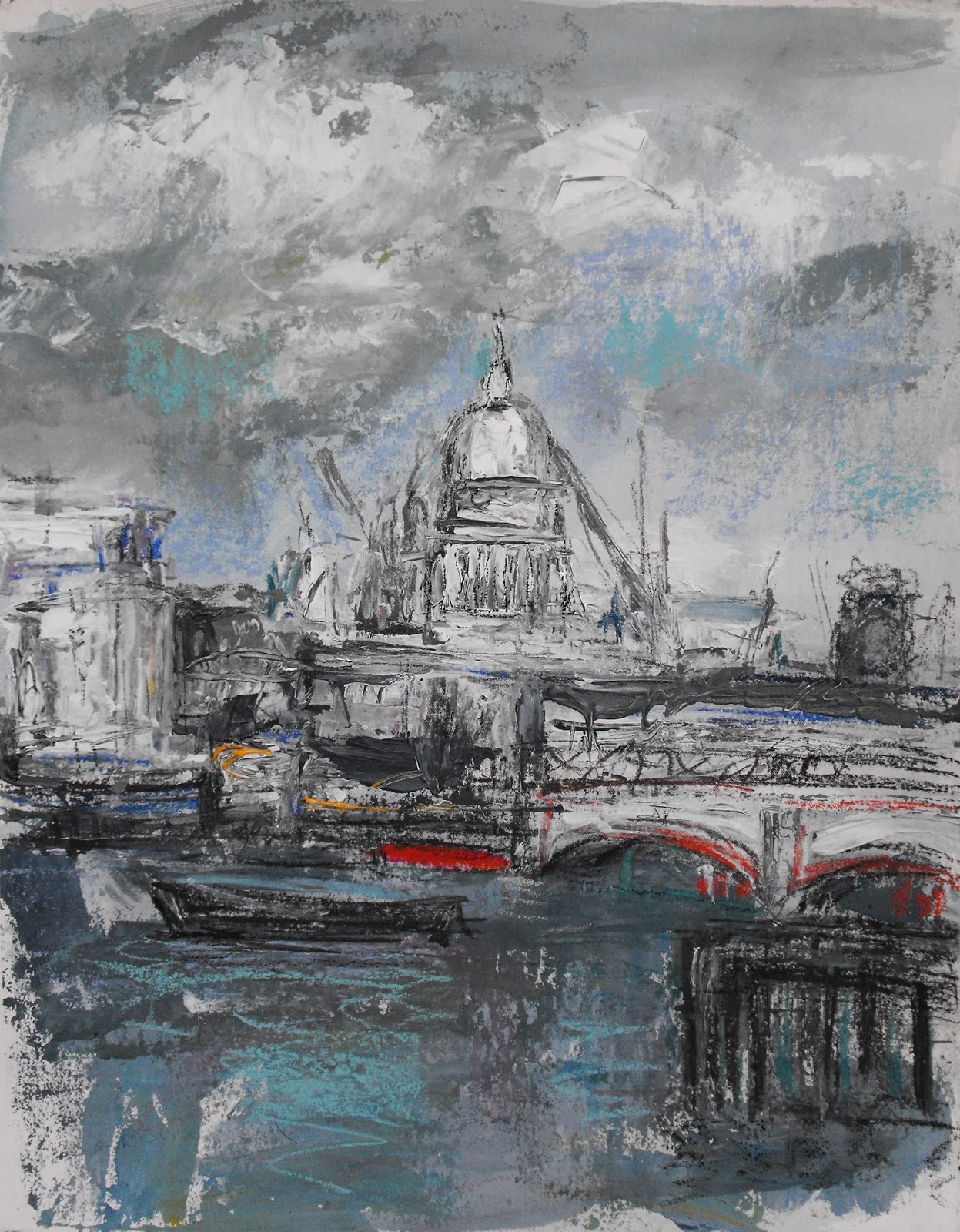 Never mind, it continues until Sunday 9th February, and there's plenty of buses that go along Exhibition Road, so no big problem! For more information about the Fair, please go HERE.