Stepping into a Van Gogh

If you've ever wondered what it would be like to actually step into Van Gogh's world, inside one of his paintings, then here's your chance.

A full-length animated film has been made where every single frame is an oil painting in the style of Van Gogh, based on live action using real actors, and recreations of Van Gogh's paintings.

This superhuman endeavour used the talents of hundreds of artists working 12-13 hour days, in order to create 65,000 oil paintings to turn into film to tell the life of Vincent in paint.

Take a look!   See a clip of the film here, and also here.

Mind-boggling!!
Posted by Judith at 09:40 No comments:

There was an interesting little programme on the BBC this week (available on i-Player HERE) called Through the Lens of Larkin.

Philip Larkin, the Hull librarian, was, of course, most famous for his poetry (although I've never really connected with them myself, finding the rather predatory Larkin creepiness just too pervasive).  Whilst the five thousand photographs that he took - of everyday life, his female friends, and self-portraits taken with his Rolleiflex 10 second timer - were often very good, they were variable.  Sometimes they were just those of a holiday snapper.  Whilst there were flashes of insights, he certainly didn't have the genius in this medium of say, fellow amateur photographer Vivian Maier (compare her work HERE).

Like Maier, Larkin's photos were found after his death, and weren't shown or exhibited.  For both, it was a pursuit to please themselves, unbound by any sort of conventions.

Maier's working method was to take a trip to a rough part of Chicago (where she worked as a nanny) with her camera and a single roll of film, and take a whole film as a record of her journey.  Each frame is a masterpiece, often taken at very close quarters to subjects.  Hers is a female gaze.  She is the outsider looking on to other people's worlds, but they don't find her threatening or confrontational. She is bearing witness to their lives, and to her own through her self-portraits. For her, you get the sense that it is a kind of obsessional therapy, repeating the feeling that although she is within the world, she is detached, and that to take a photo is to reinvent herself.

Larkin's methodology is quite different in approach.  It is clearly a male gaze, and often about attachment, setting up coquettish photos of women who look down the lens at him. There are parades of women, and you are invited to think of the relationship between these women and Larkin.  What does the sum of all these parades of women gazing down the lens at Larkin say about him?

The programme even meets Larkin's secretary and lover (how handy) Betty Mackereth, who was the subject of one of his most beautiful and ambiguous love poems, Morning At Last: There In The Snow.  She describes how, after many years together in a perfectly normal hum-drum office situation, he suddenly made his move on her.  Yikes.

However, it was still an interesting programme, especially as, most importantly of all, Larkin's photographs interact with his best output, his poetry.

View a clip of the programme HERE.
Posted by Judith at 10:11 1 comment:

Here are some photos from Dave Gilmour's now-legendary series of gigs at the Royal Albert Hall in London.  These particular photos are from 28th September.

Strongest on the old Pink Floyd material, and definitely a concert of two halves, this was nevertheless a not-to-be-missed occasion with stunning visuals. 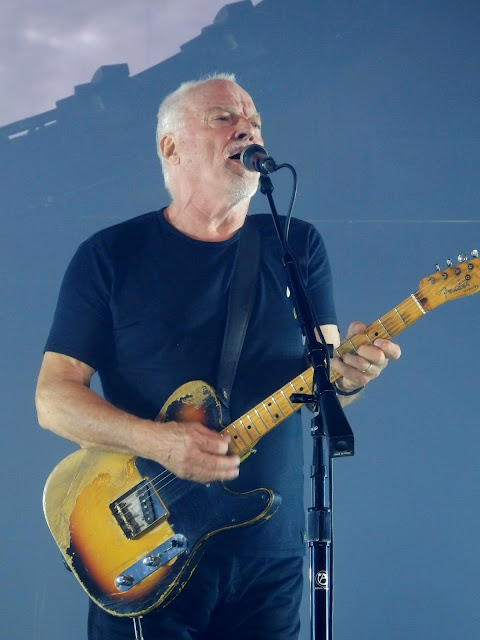 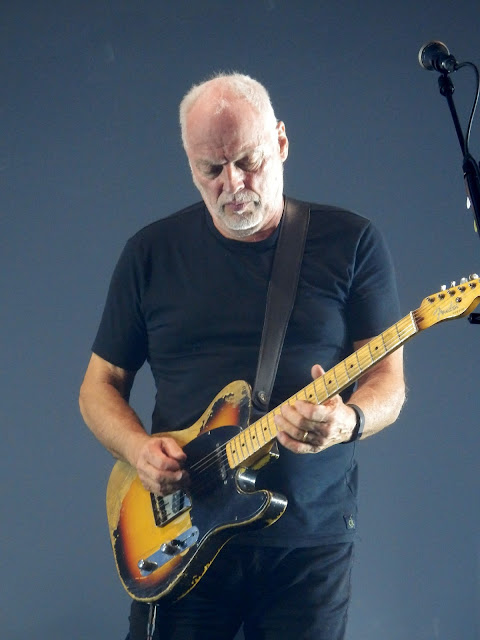 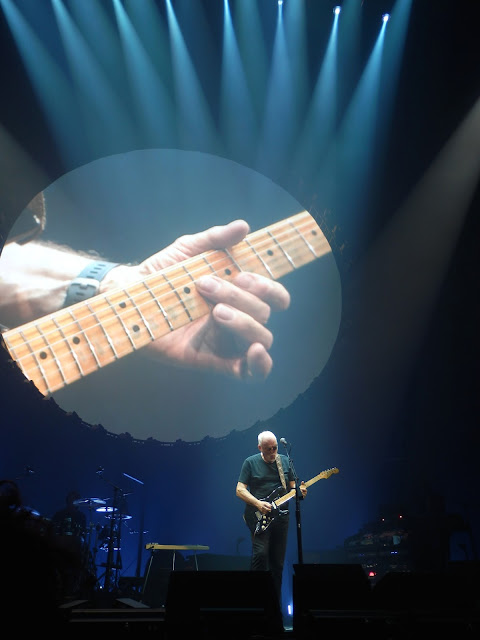 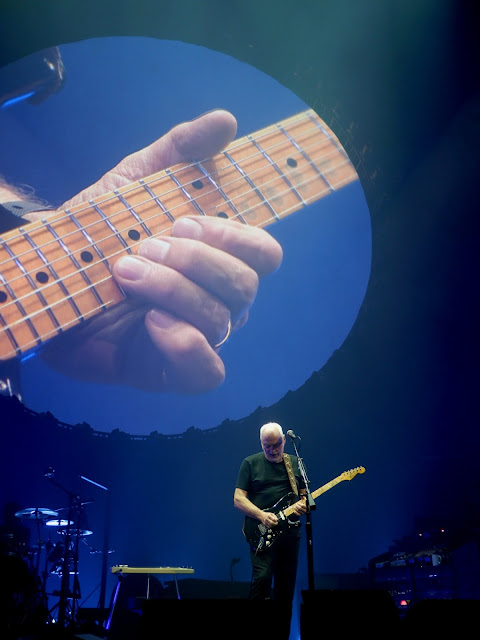 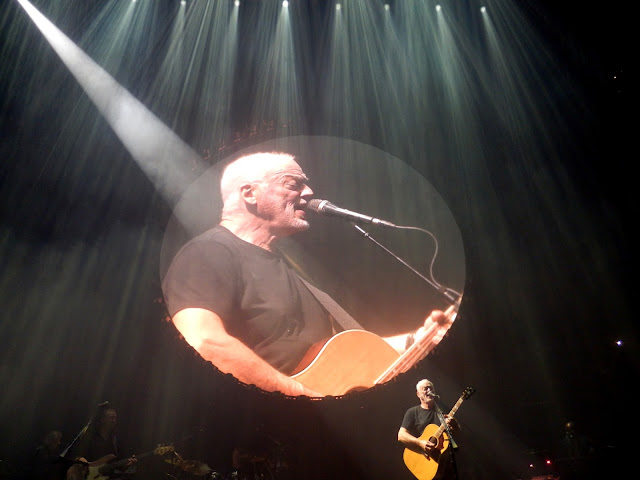 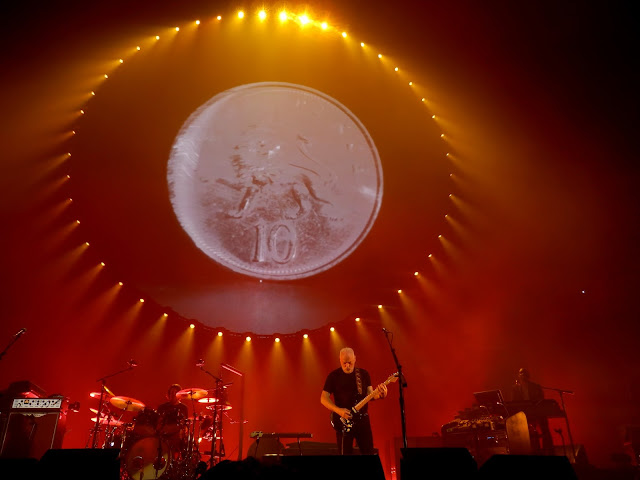 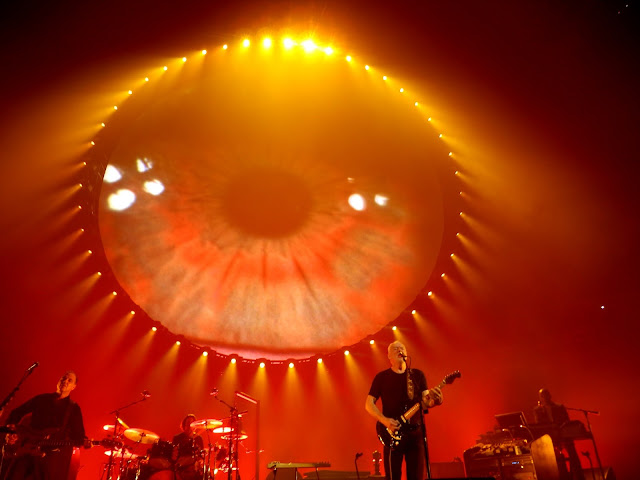 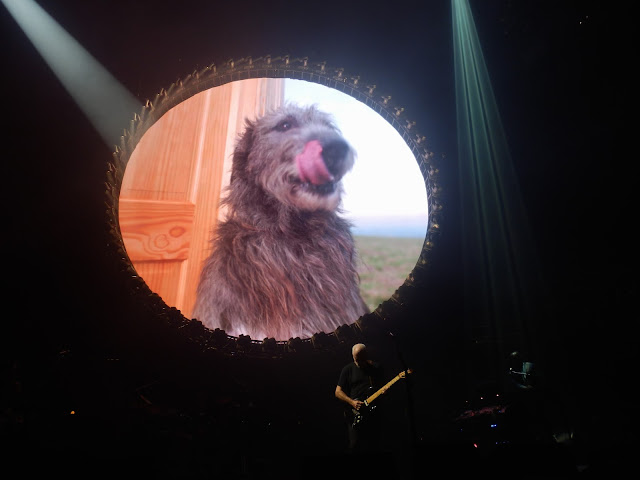 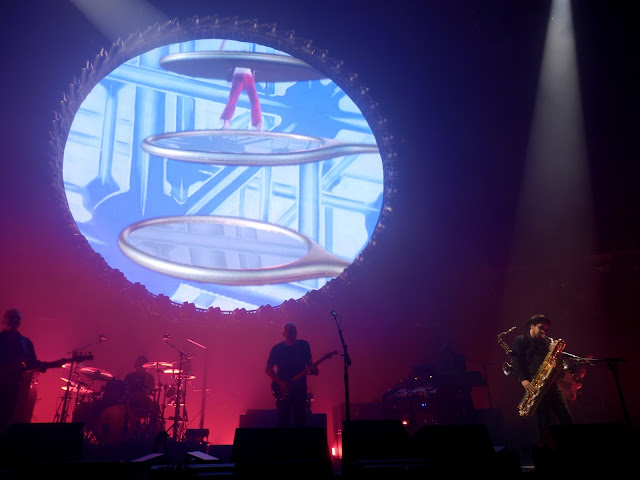 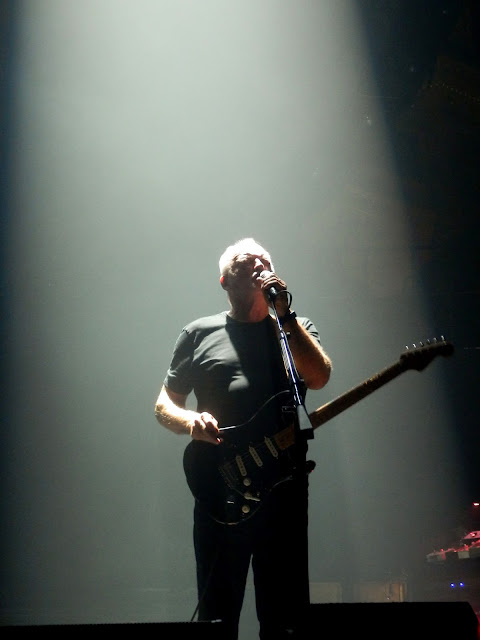 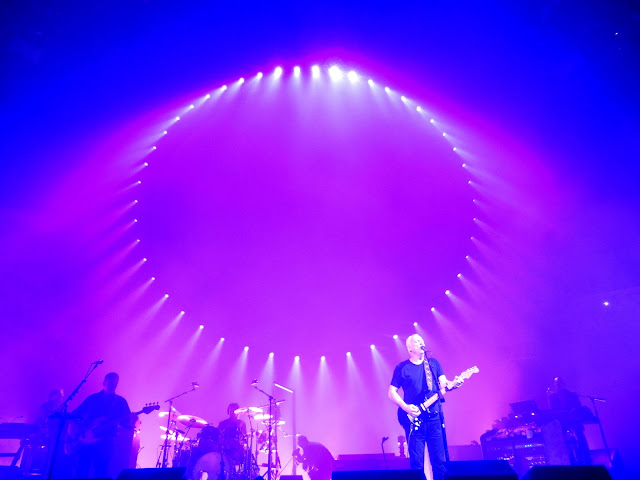 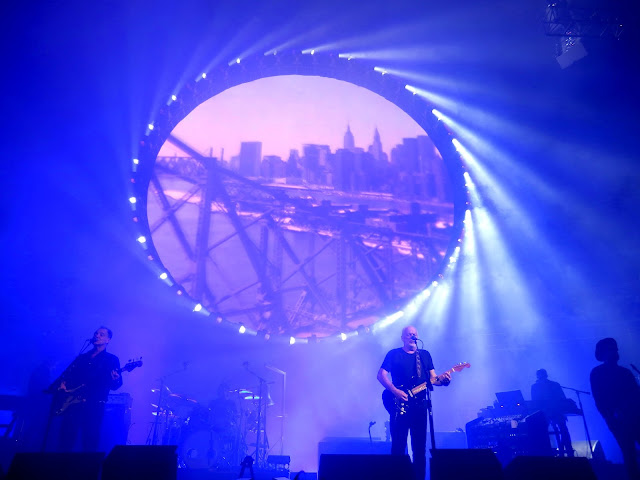 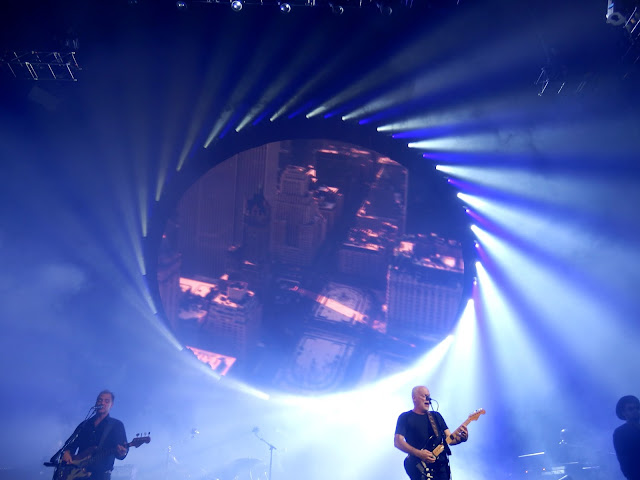 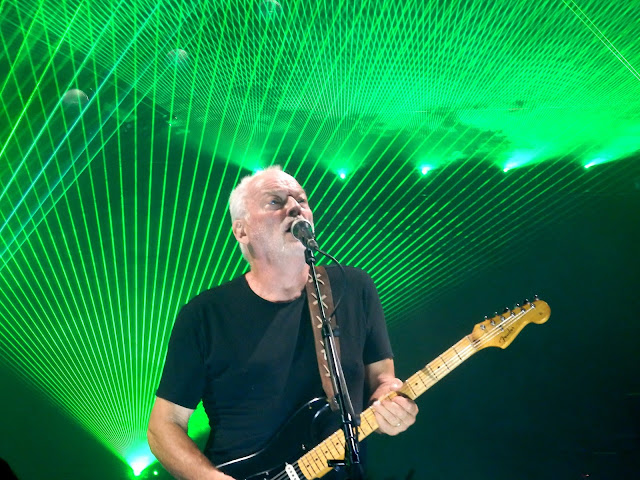 Oh my goodness, who's this coming on stage?  Good grief, it's none other than  old Otterface himself, BENEDICT CUMBERBATCH.  To sing Comfortably Numb.  How utterly incredible!!  Woo-hooooooh!!! 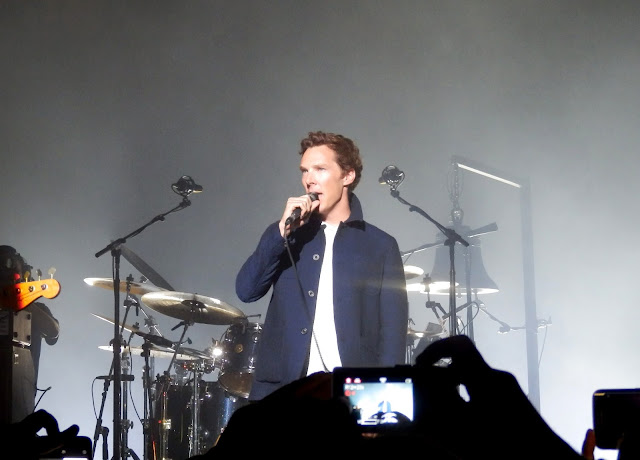 And he sounds AMAZING!!! Who knew he could sing?? 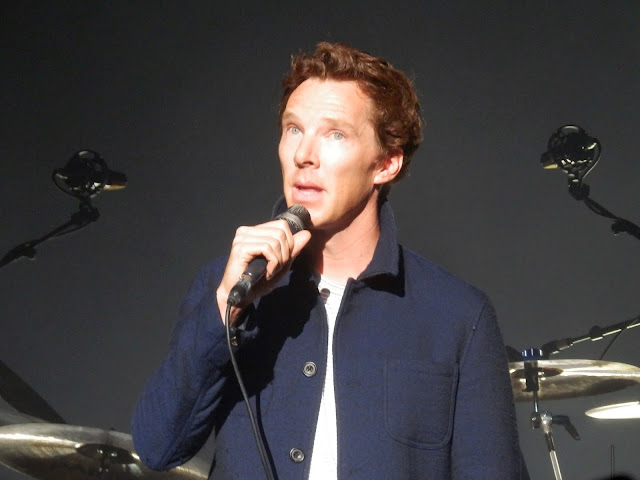 (Actually, on returning home and listening to a Youtube recording, it turned out that my delusional ears may have heard him as pitch-perfect on the night, but he was in fact as flat as a proverbial pancake.  How weird is that??) 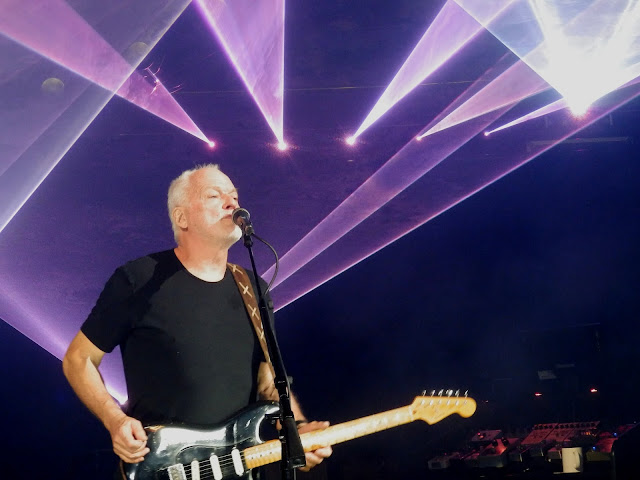 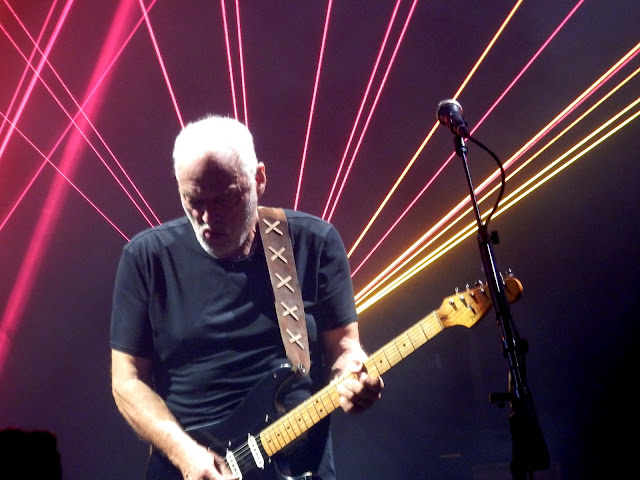 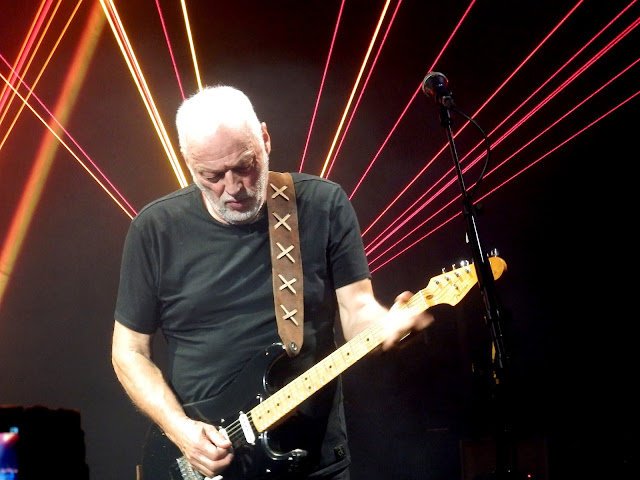