My show in London may be continuing for another ten days, but work in the studio goes on.

Here's a sneak peak of some work which I was doing today.  They're little studies of calendula and honesty, which I grew from seed over the summer in  my garden. 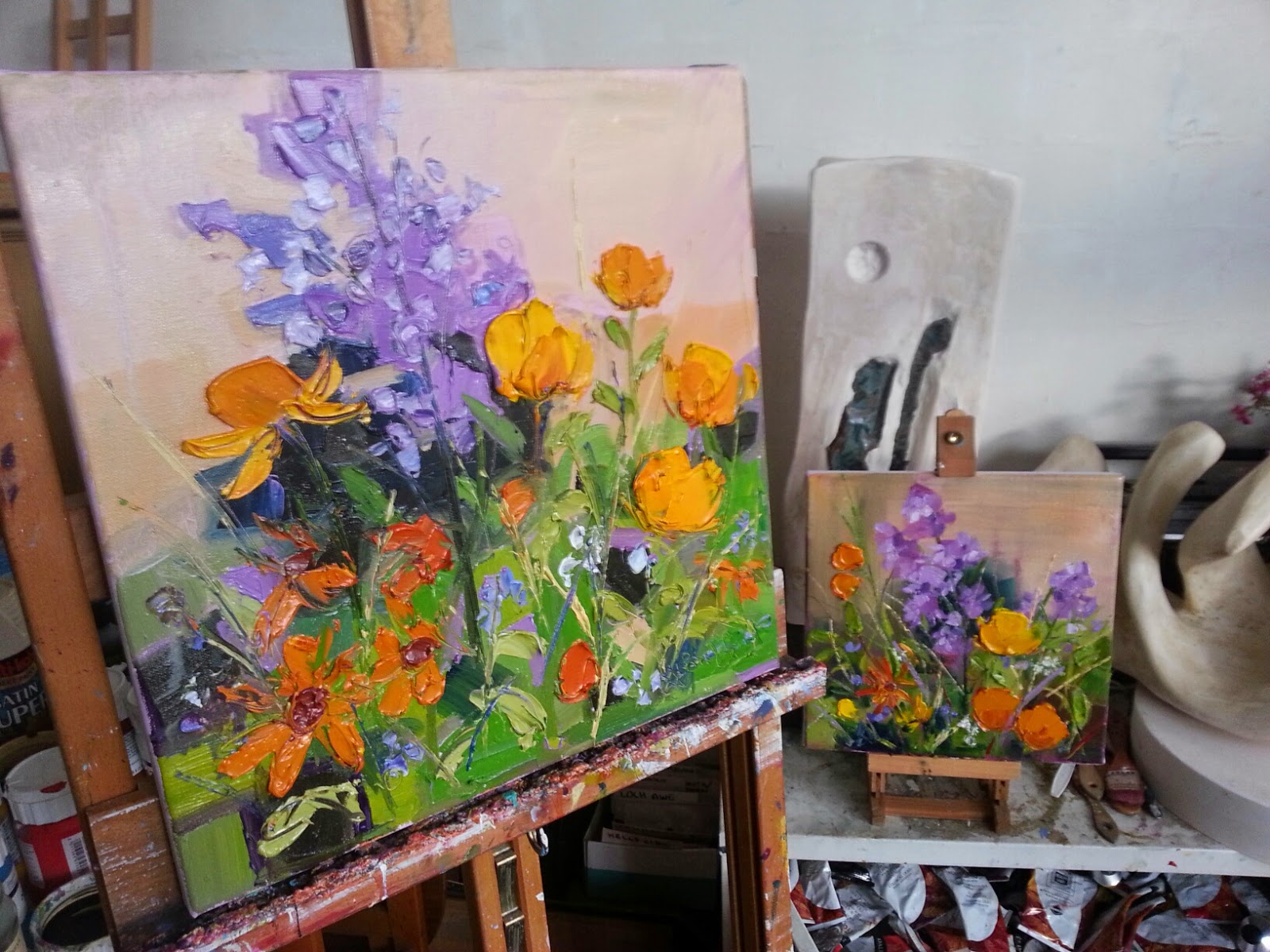 I've been experimenting with some new colours for the grounds on my canvasses - cobalt blue and deep violet - and was really please with the way that the paintings turned out.

I find that it's good to work with the same subject in different sizes - you bounce ideas from one canvas to the next, applying what you have learned from one to the next.  A different size of canvas means that you have to make different decisions about the types of mark that you make, so makes you reappraise how you are approaching your subject. 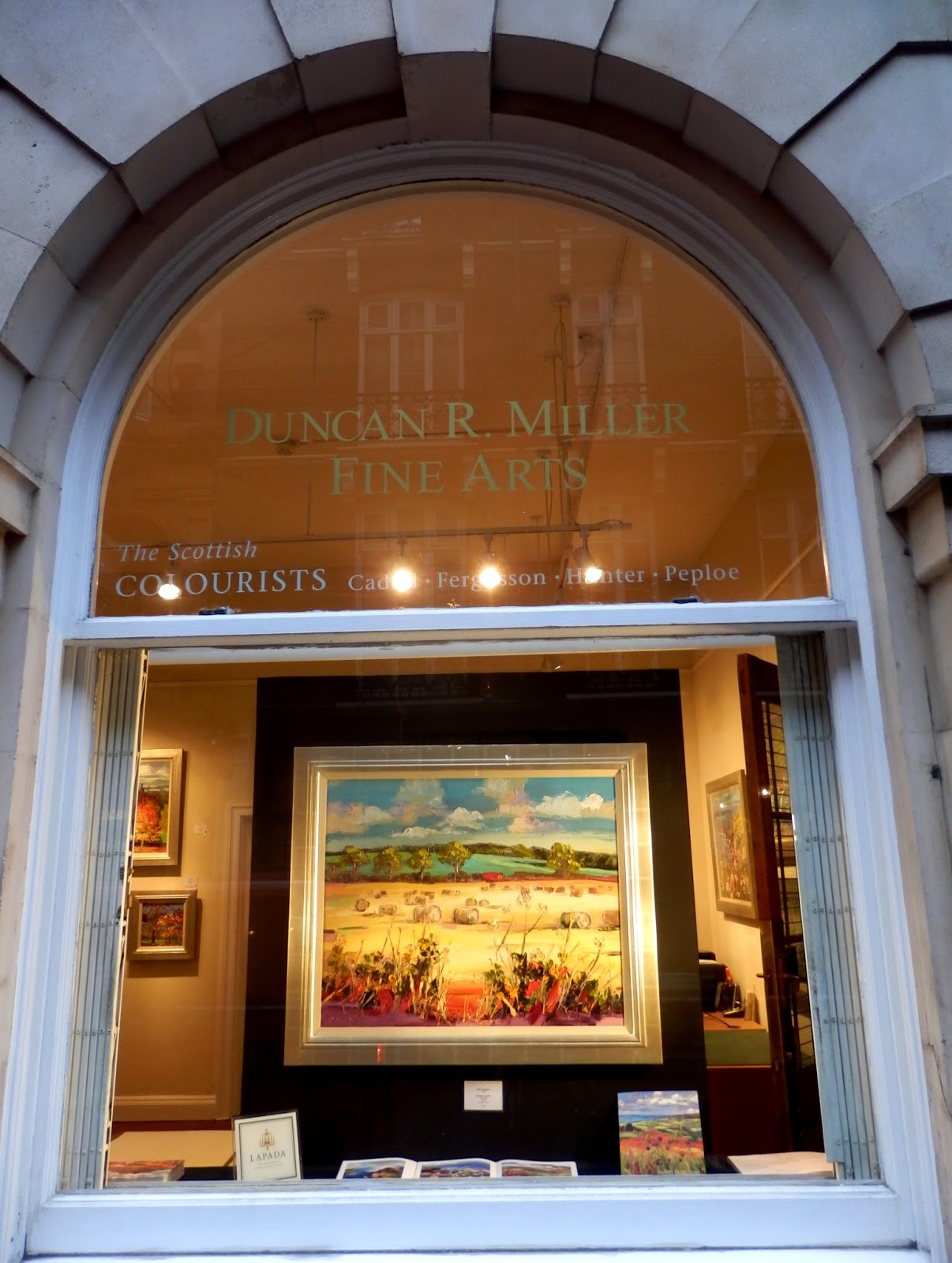 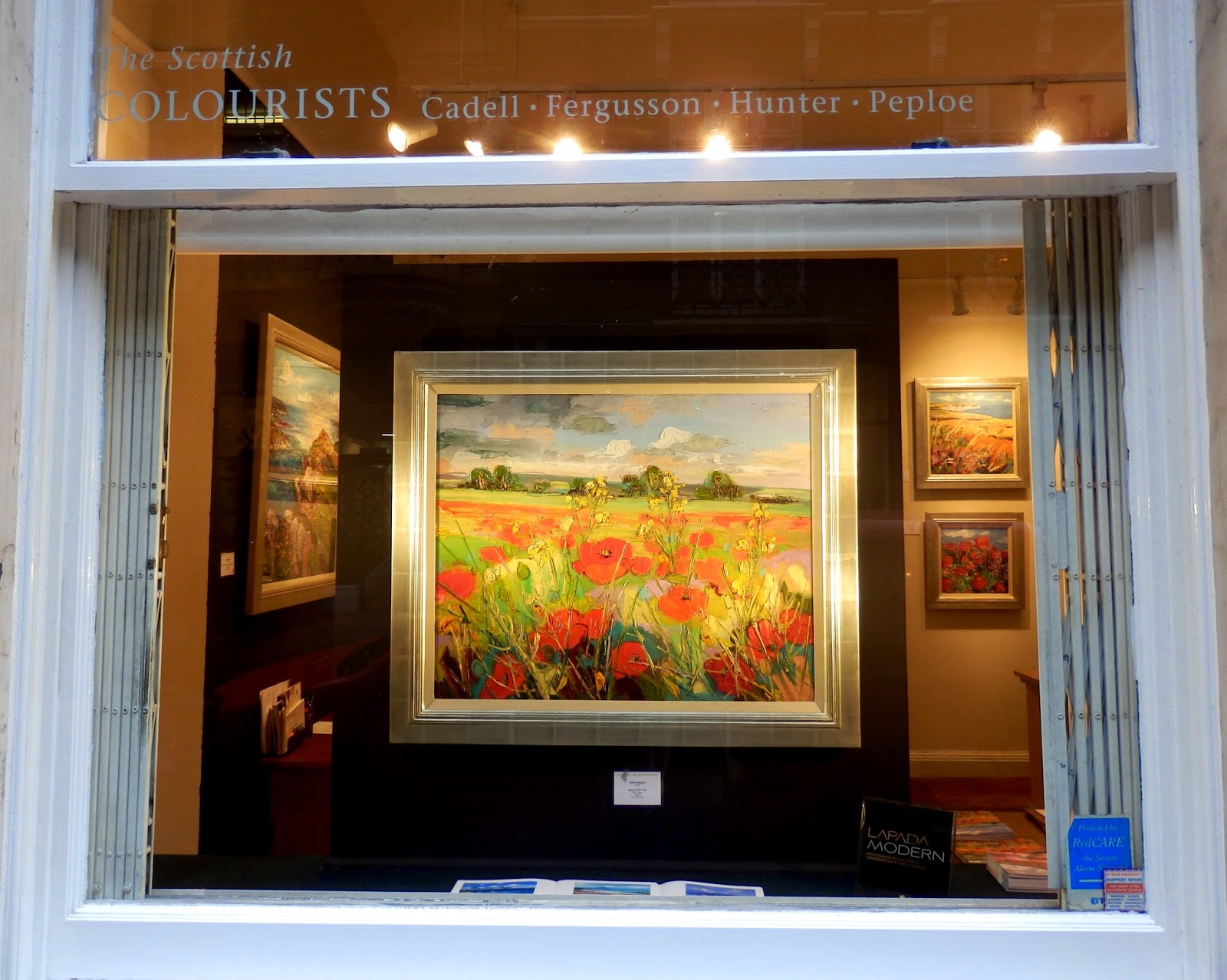 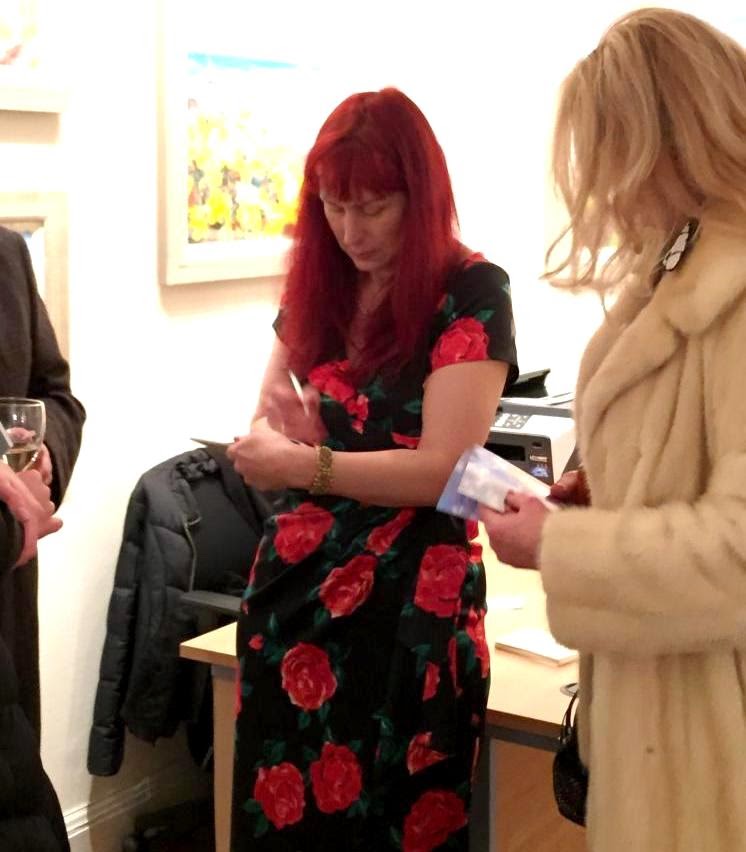 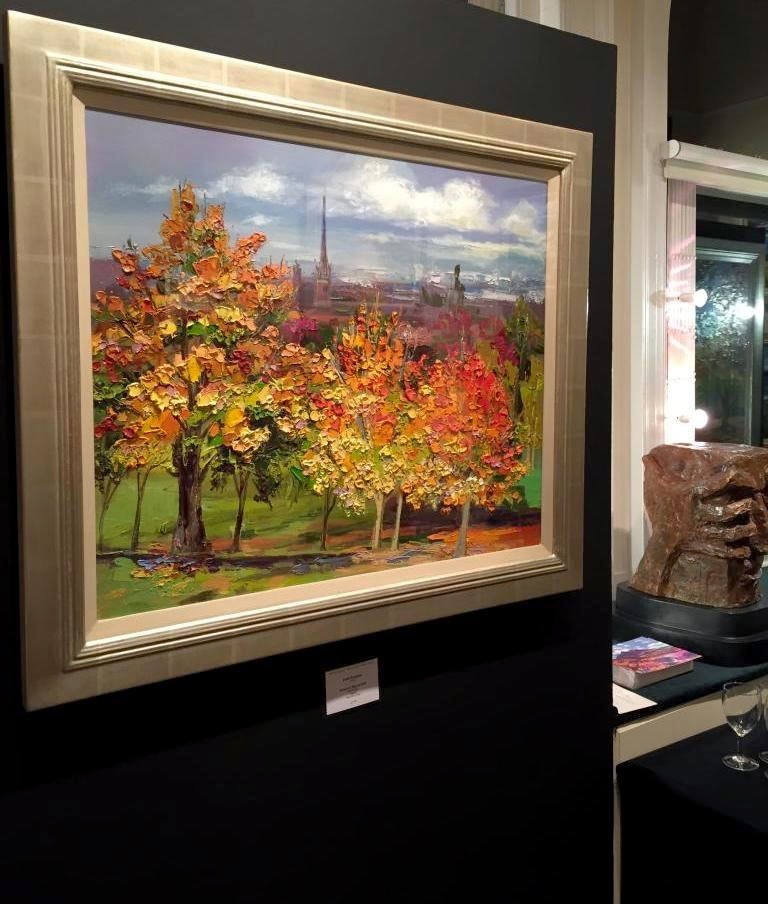 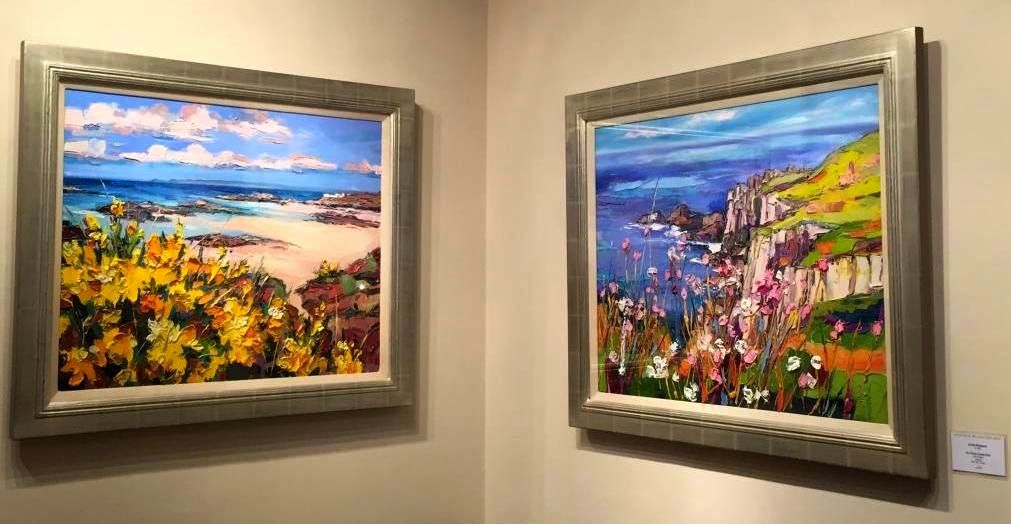 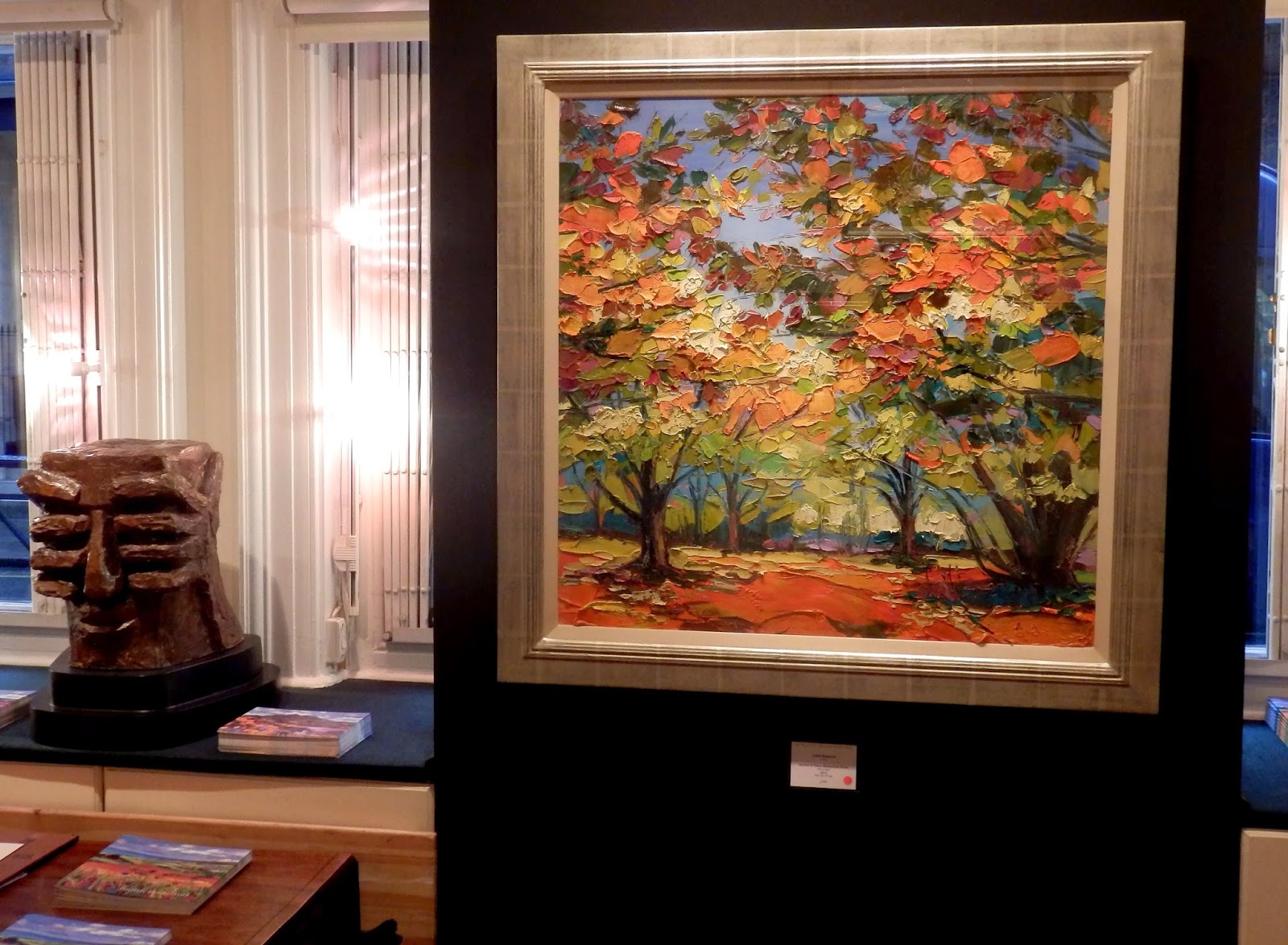 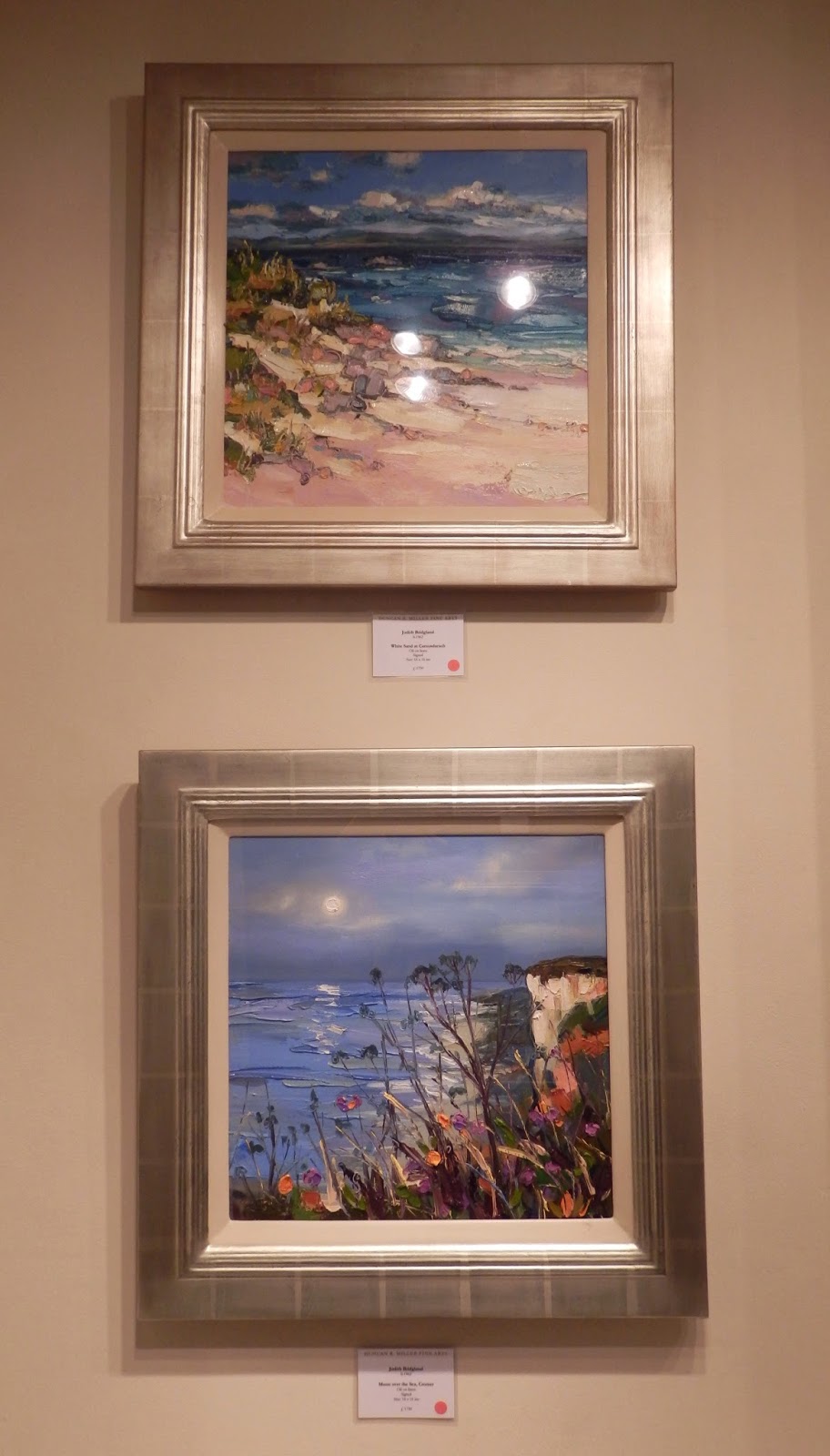 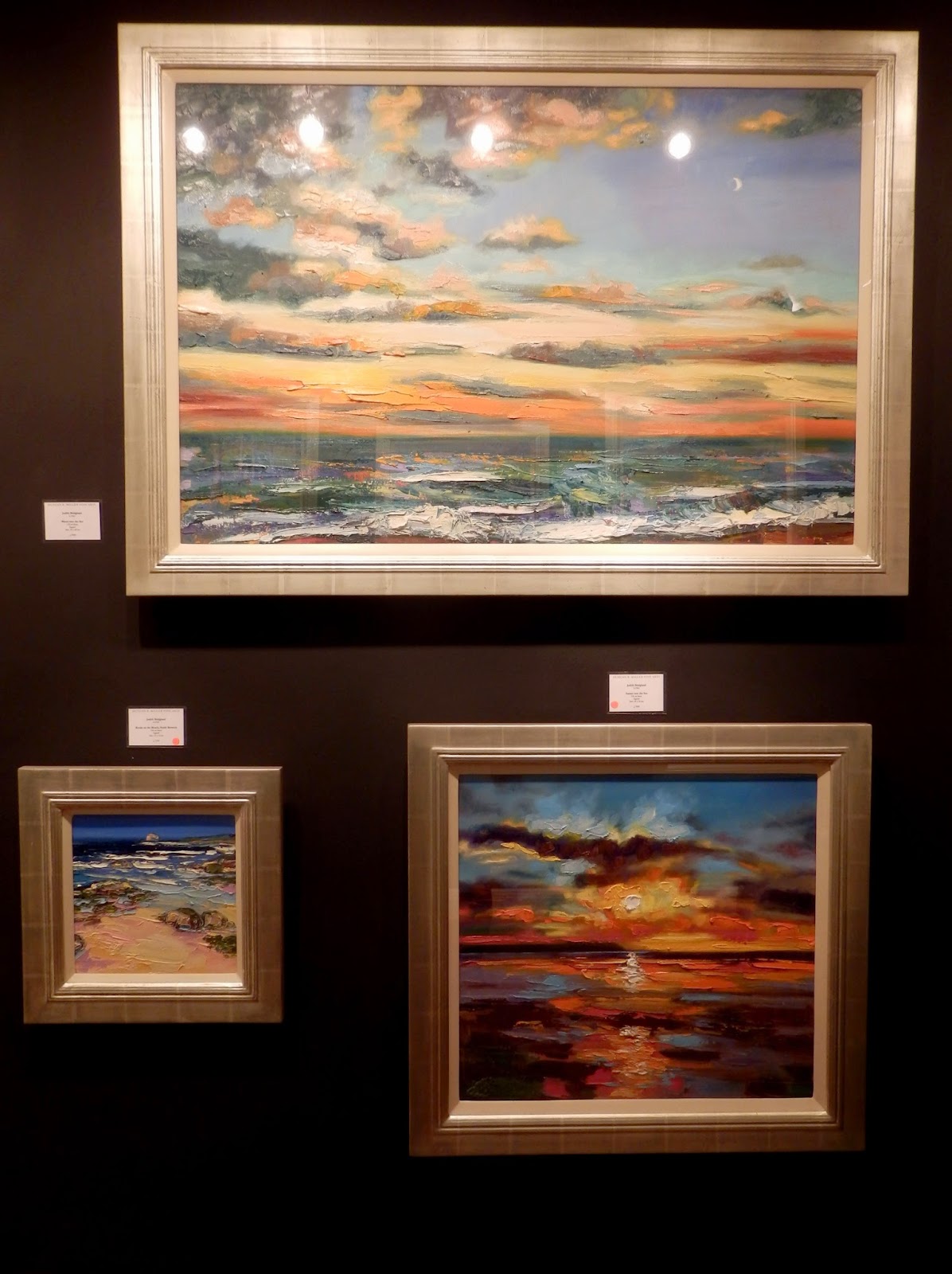 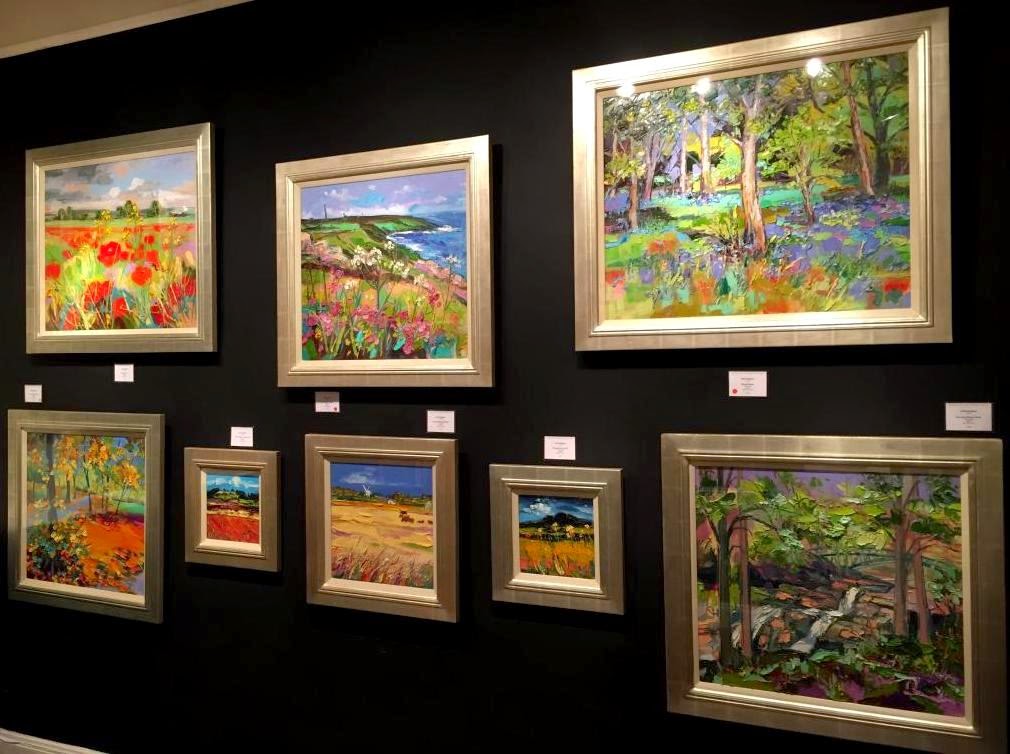 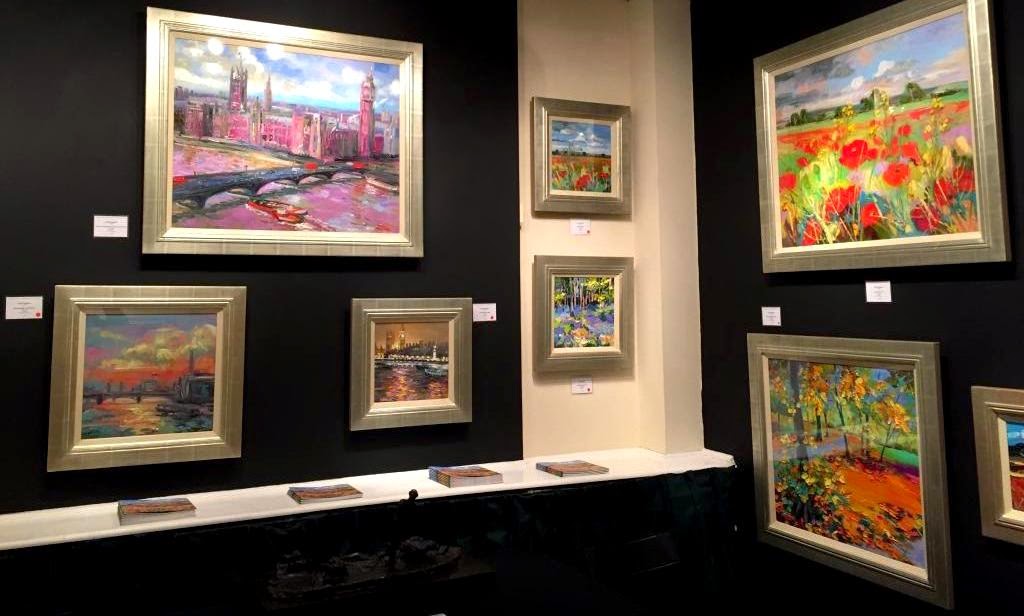 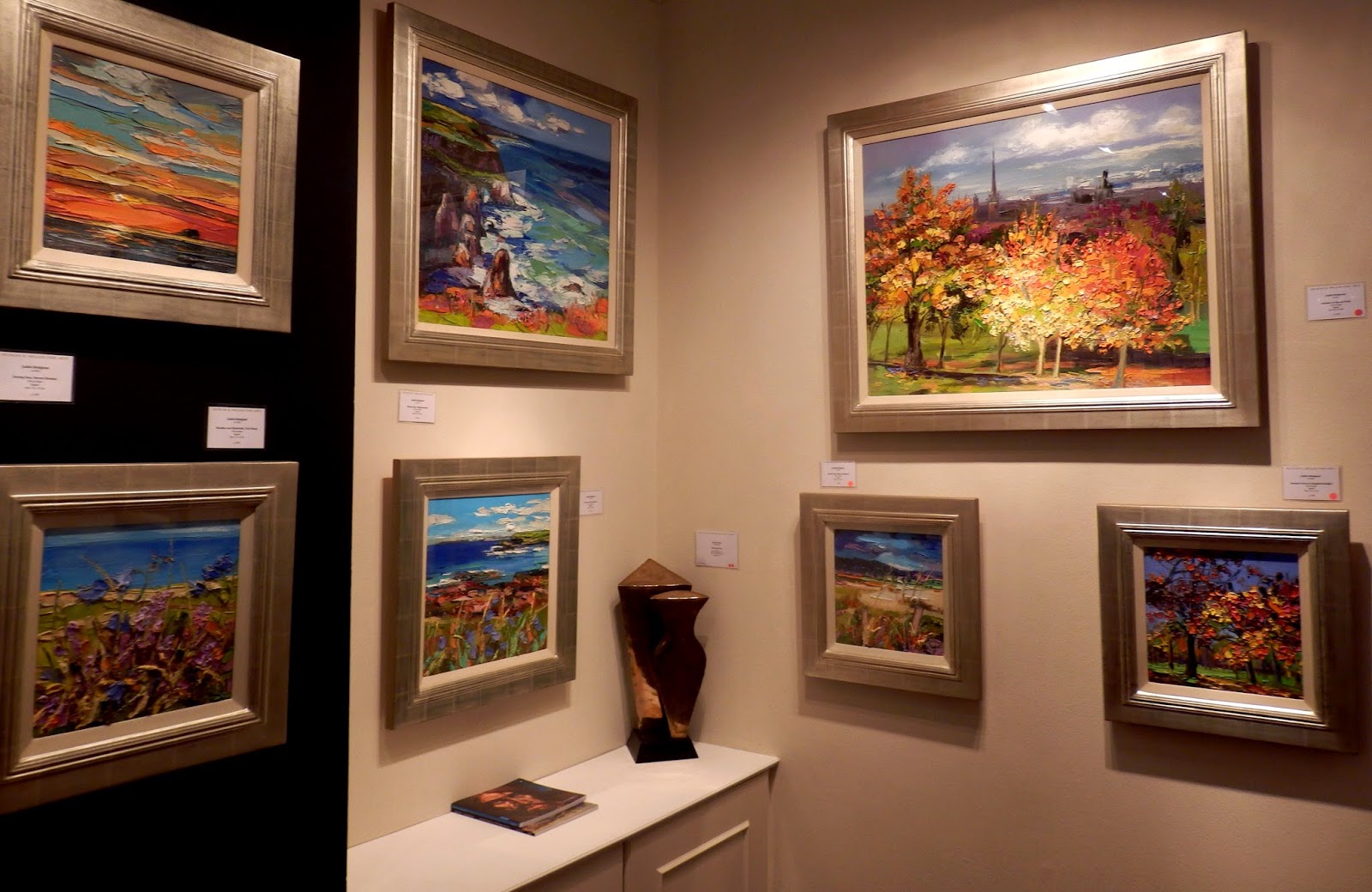 My solo show 'Journeys Through Landscape' opens tomorrow in London with an evening preview, 5.30 - 8pm.

I'm very excited as I've already had 25 sales/reserves!!  Plus it's always wonderful just to have a show in London.

If any of you are coming along, then I look forward very much to seeing you there! 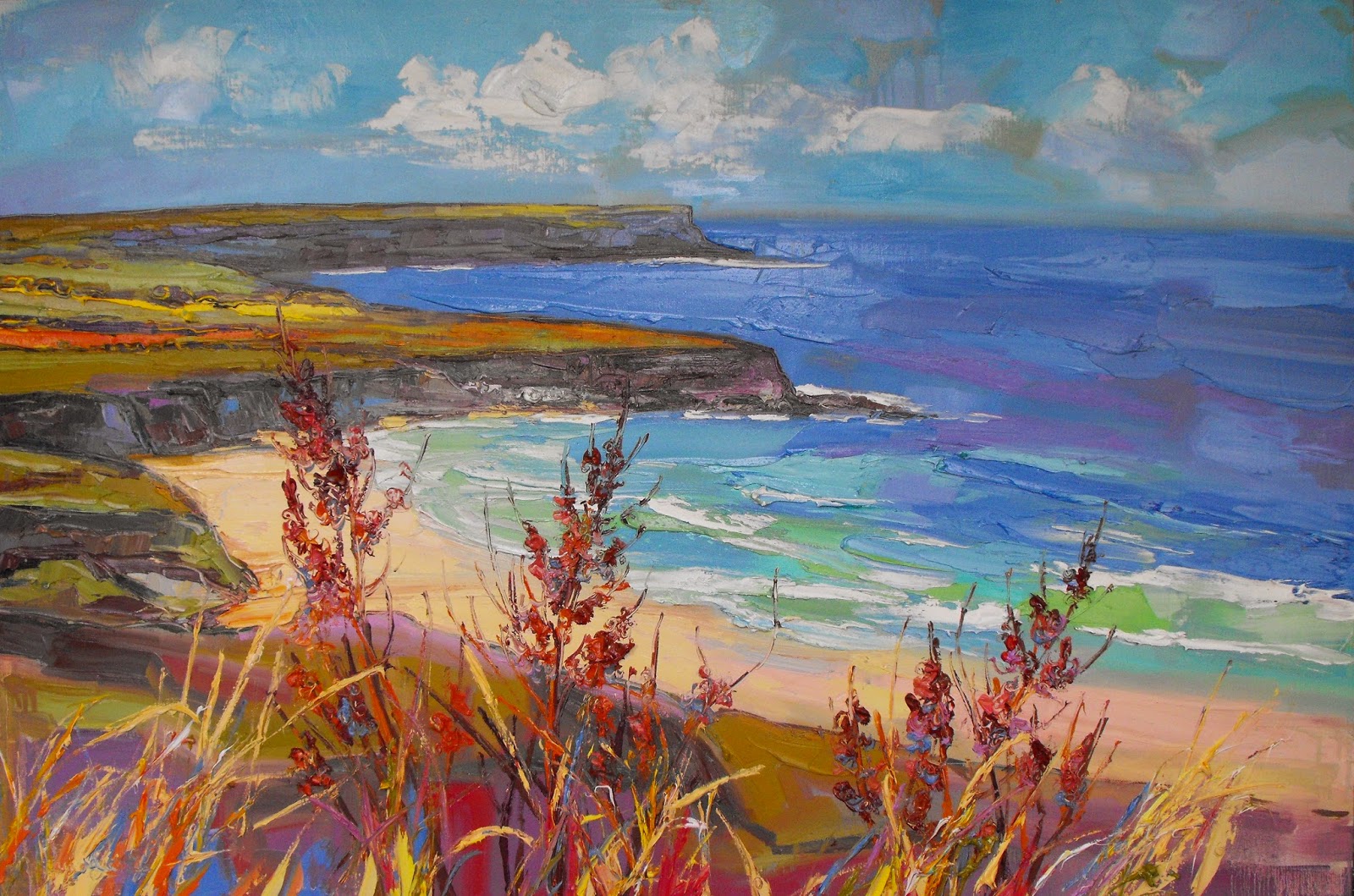 Sadly, I won't be able to make it to Dulwich when I'm down in London for my show, but it would be fun to have a look....
Posted by Judith at 14:01 No comments:

This is the painting that everyone seems to be very excited about at my solo exhibition, which starts next week in London... 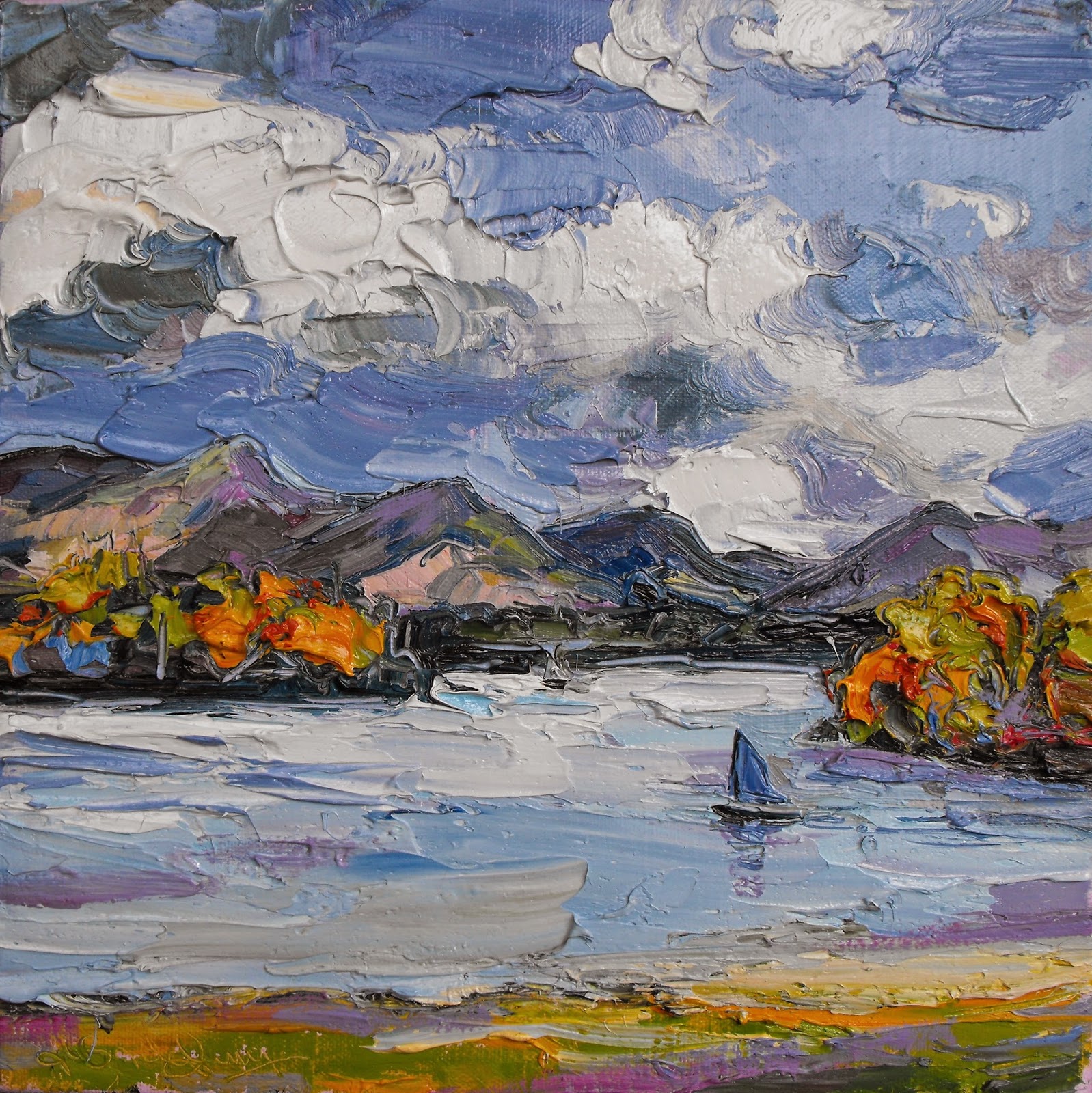 So far, there is a waiting list of 4 people for it.  Four!!  Which just goes to show that you can never guess which painting is going to be the one which people connect with...

The painting is from the viewpoint of the field just across from the Theatre by the Lake at Keswick in the Lake District, where the landing stages are for the cruise boats.

It was a beautiful early autumn day, and there were plenty of little yachts scudding about on Derwent Water, including this one with its beautiful blue sail.

View the rest of the show HERE.

The catalogues for my solo show in London "Journeys Through Landscape" have arrived!  And mighty fine they look too, even though I say it myself. 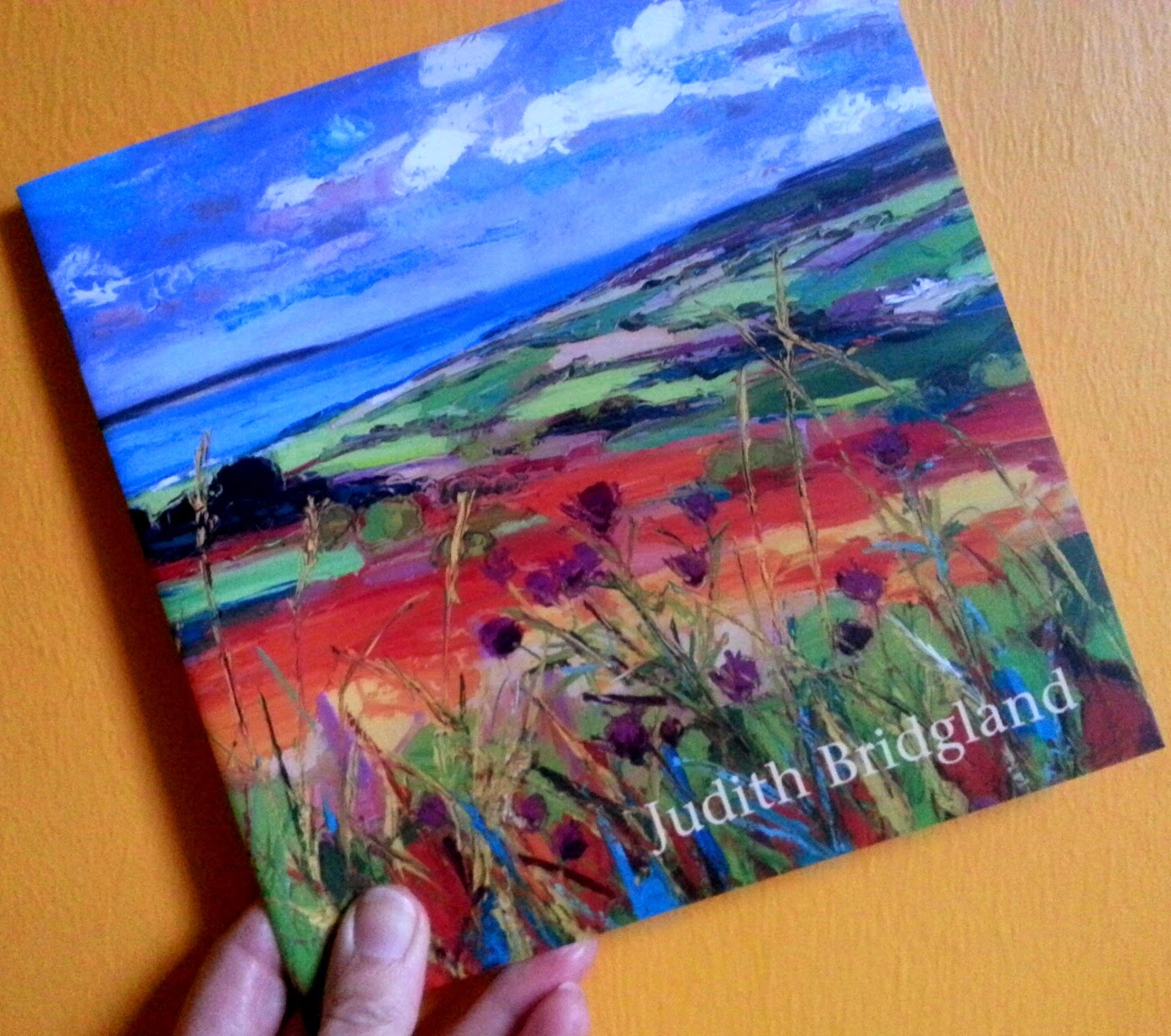 Some of you will have received your catalogues already.  But if not, and you'd like one, just drop me a line with your postal address.  I'll be happy to post one off to you.

The show is also available to view online HERE, so do take a look. There's quite a few red and green dots already!  For those unfamiliar with the system, the red dots mean 'sold', the green dots mean 'reserved'.  (In some cases, there's up to 4 people on the reserve list for a single painting!  Just goes to show, you never can tell which paintings will strike a chord....)

Here's a peek inside the catalogue.... 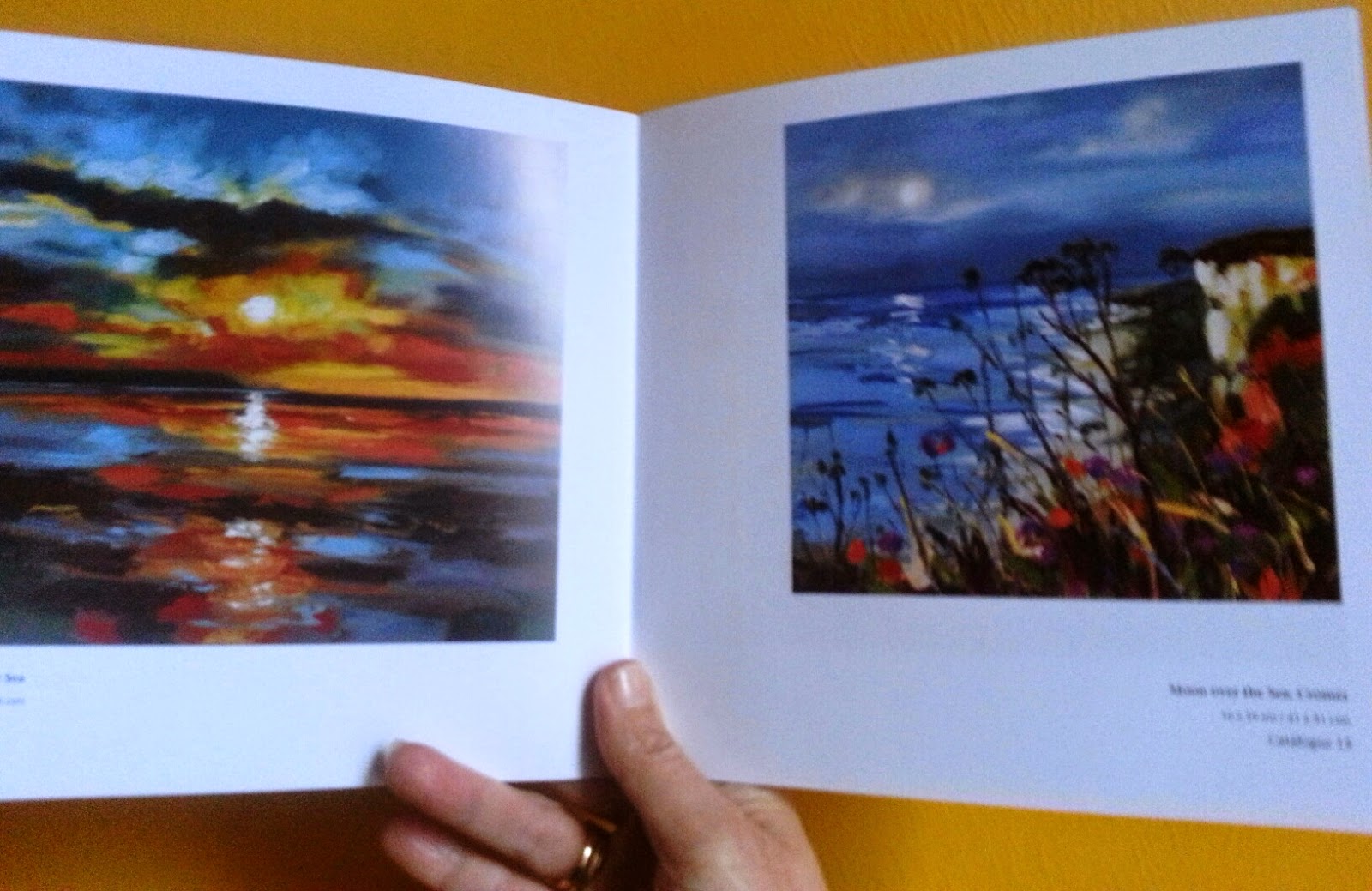 If you're in London during those dates, then it would be fantastic if you could drop in and see the show!  It's a lovely space and the work always looks fantastic there. 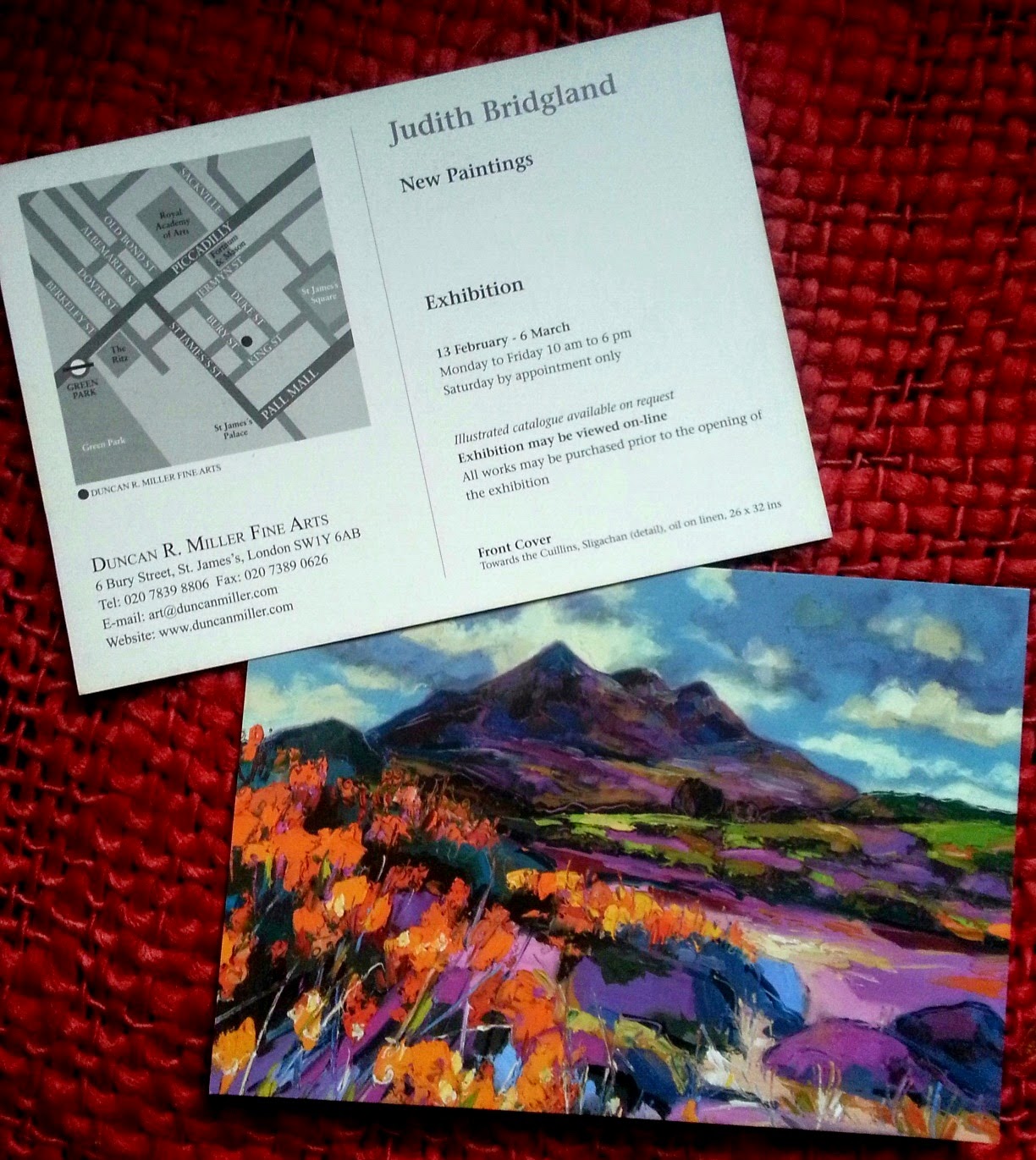