I'm back in the studio painting again in preparation for my big show in London next year.

A solo show takes a huge amount of preparation and forward planning.  So over the last few months, I've been out and about getting material and photographs  for the show, and for the last week I've been preparing canvasses and so on.

Here's the first big landscape that I've done.  This is the photo from Wednesday of the scene of hayfields and late poppies at Preston Mill, East Lothian. 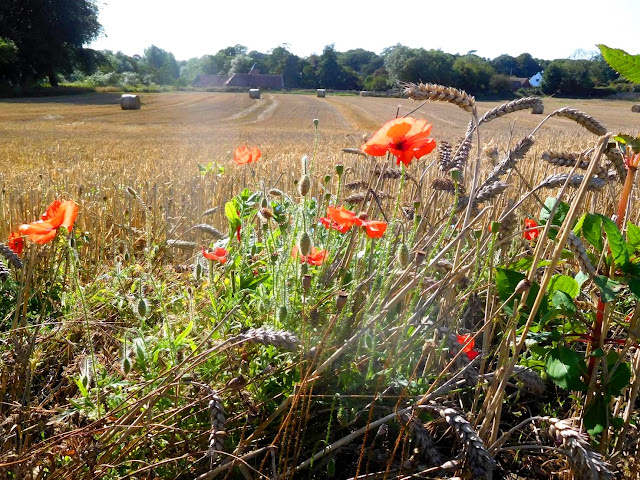 In the studio, here's the first stages of the painting. Here's my palette.. 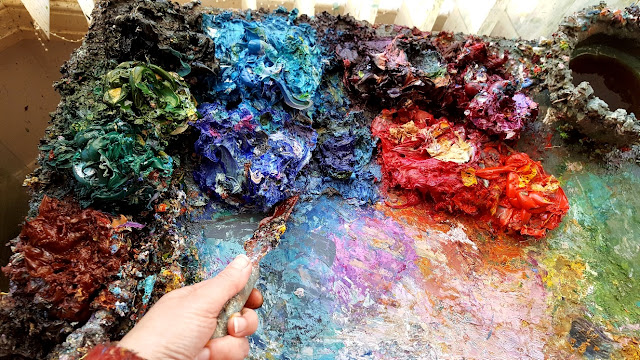 Here's the painting set up on the easel.  Note the mid-tone blue background that I've chosen to use - it's a nice foil for the orangey tones of the fields (blue and orange of course being complimentary colours).

I've only very roughly sketched out the main components of the composition for guidance with some loose notes done using a thin wash of oil paint. The photo is pinned on the easel for reference. 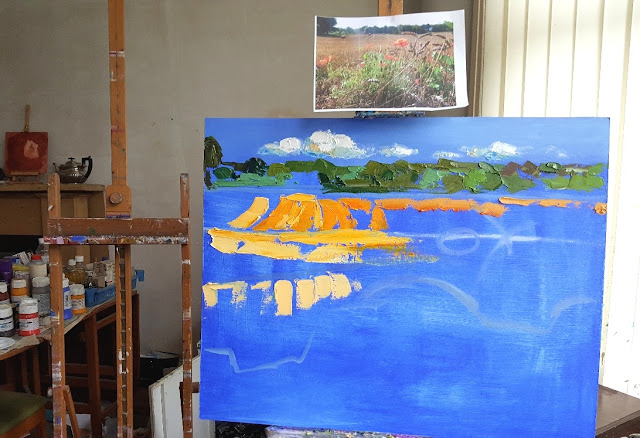 Then it's just a case of painting what you see, looking for the patterns and rhythms, the light and darks (which are always either lighter or darker than your mid-tone background). 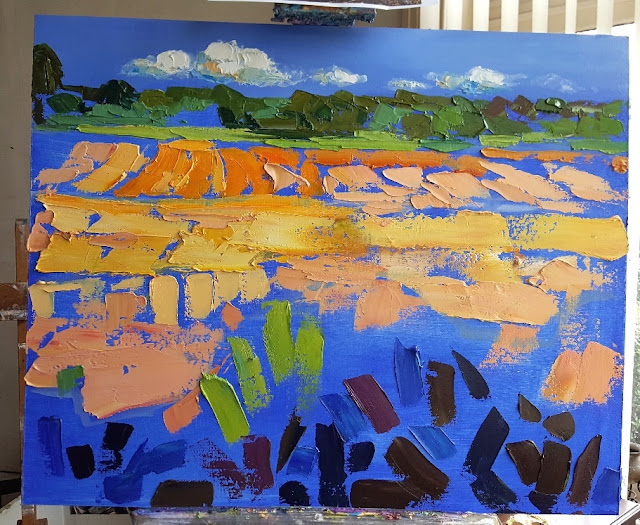 Building up the forms.  It's important not to be too prescriptive, but to let the painting be itself.

(Preston Mill is in the top left part of the painting.) 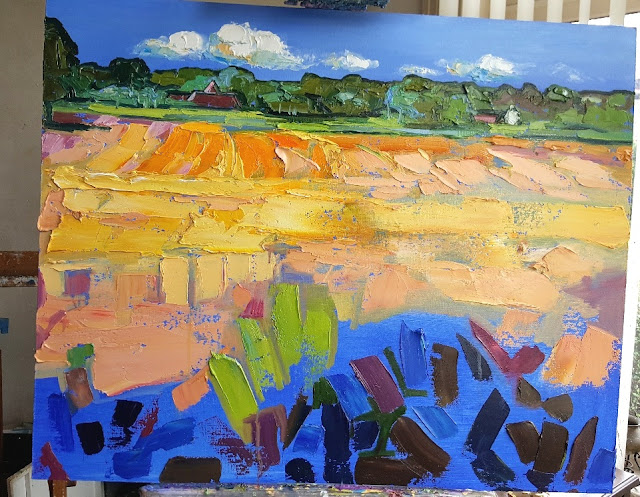 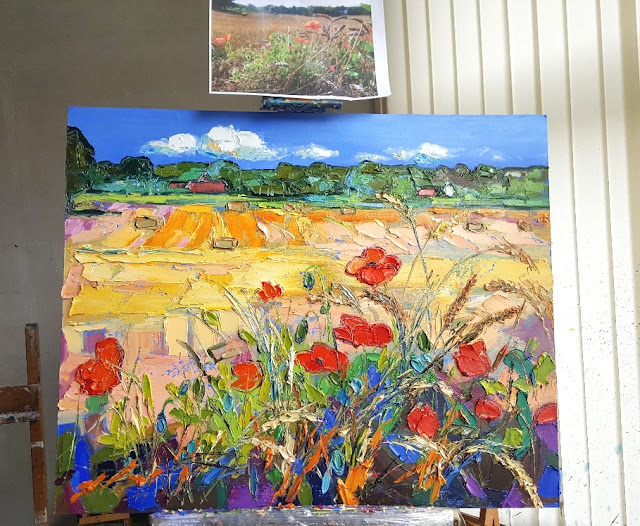 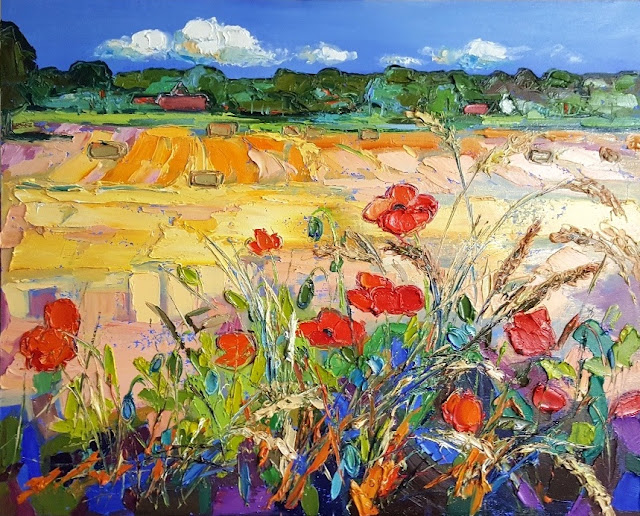 Apparently the haybales were gone the next day, so it's a very fleeting scene, very fragile. 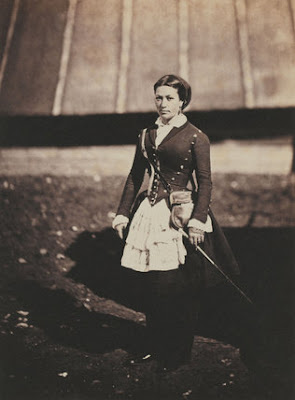