My invitation has arrived for the special private view of the major Barbara Hepworth retrospective at Tate Britain. 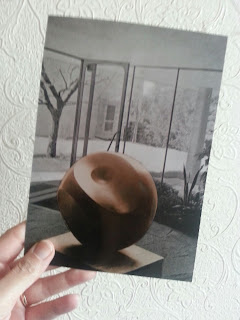 It's the first major retrospective in London of the sculptor's work in 50 years.  And I'm going!! 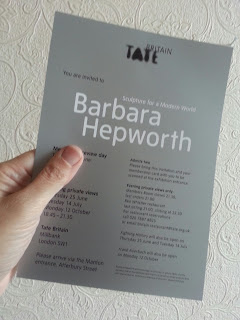 I was at the Hepworth Wakefield the other week to see complementary exhibitions about her work, as a scene-setter for the Tate show. 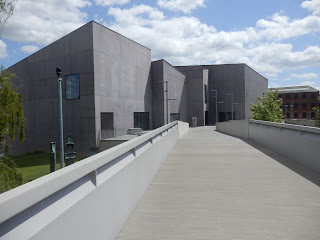 The first was Hepworth in Yorkshire, about her early years in Wakefield, which sets the scene for her later working life.  It's interesting that Hepworth's very RP accent which you can hear in later documentaries and films doesn't betray anything of her Yorkshire roots - all part of her careful self-image and projection of herself as an international artist.

Here she is on holiday at Robin Hood's Bay in 1925 - as ever, her pose shows that she is very conscious of her artistic image, even early on.

This is a recently discovered early portrait of Hepworth by Ethel Walker.

The second exhibition was A Greater Freedom, focussing on her prolific final decade (because artists don't retire), in which she explored new materials such as marble and bronze.  I have to say, I find that the more expensive and precious her materials became, the less connection I have with the work, finding it too sterile and uninteresting.  It looks coldly over-finished, over-processed, lacking in that warm, tactile, sensual quality. 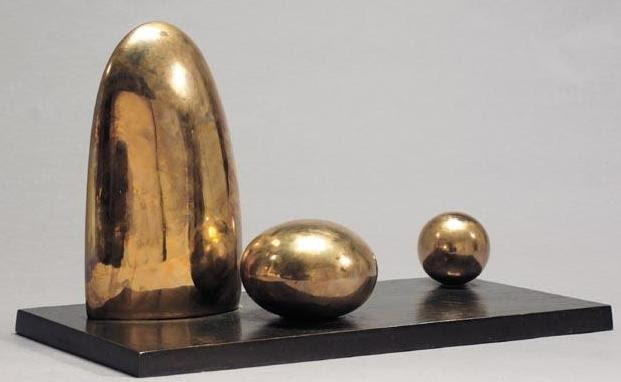 However, this decade also saw her purchasing the Palais de Danse in St Ives in 1961, the large space opposite her studio (which has, excitingly, just been purchased by Tate St Ives).  This large space allowed her to take on such monumental commission such as Single Form for the United Nations.

Here's the photo I took of Single Form last time I was in New York (amidst construction work at the UN). 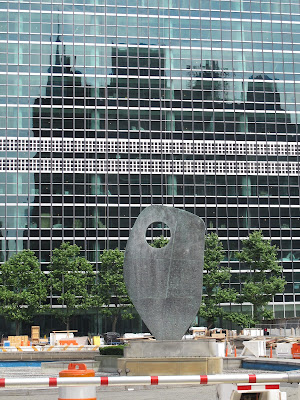 There was also a great display of her printmaking, which showed that she was very interested in the simple, textural marks that you can get on the zinc lithography plate, and of gestural, fluid water-like marks that are possible in the print process.  This mark making has everything thing to do with an artist's interest in a print as means to an end, and as a source material for exploring mark-making possibilities, rather than a print-makers obsession with process.

As ever, it was a joy to look at her plasters, with their wonderful, warm surface textures and painted patinas (which in their watery, gestural sweeping brushmarks, are reminiscent of her prints).  They demanded to be touched. 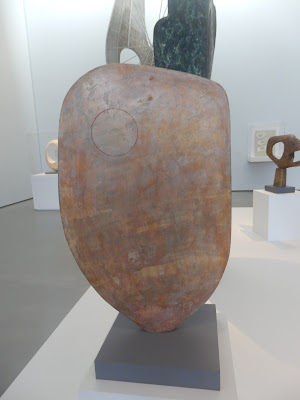 Which sadly, you can't.  Here's the much much smaller plaster for the UN piece, in the main room of the Hepworth Wakefield.  It has an incised circle instead of the cut-through hole of the UN piece, a pitted surface texture like a natural stone or marble, and a lovely sweep of coloured washes in burnt sienna and Paynes grey, with a beautiful pink tinge of rose quinacridone at the bottom... 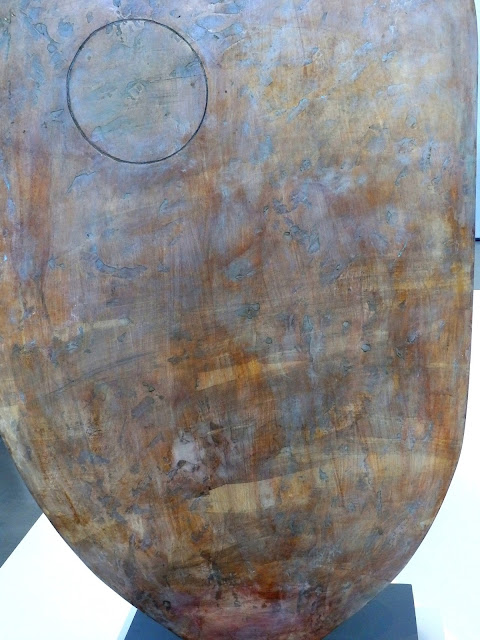 ...and a beautiful tactile groove running up the back that you just want to run your finger down.  Which again, sadly, you can't.

There's also a wonderful display of how her plasters are created, with the armature 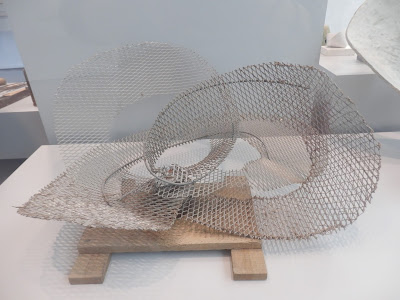 and the finished piece in plaster 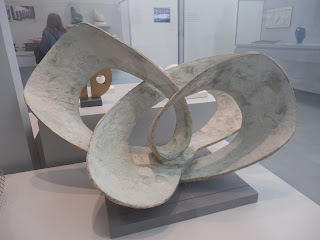 which would then go on to be cast in bronze.  Here it is in Hepworth's garden at her studio in St Ives.  The bronzes in the garden are meant to be viewed in the context of the shapes of the plants and the sunlight and shadows of the garden.  You can often see how the shapes of the sculptures make reference to and play against, for example, the organic shapes of the cheeseplant or cacti in her greenhouse. 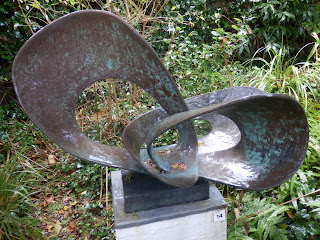 The Wakefield gallery is first rate at showing the tools of the trade, and explaining the processes.  Inspiring stuff.

Next week I'm off on a week long sculpture course, and as well as looking forward to the Tate show, I'll be taking a lot of what I saw in Wakefield to my sculpture class.