The Start of Autumn in London

I've been out and about this week down in London, for the Ai Wei Wei show at the Royal Academy, the Barbara Hepworth at the Tate, and for some of this at the Royal Albert Hall.. 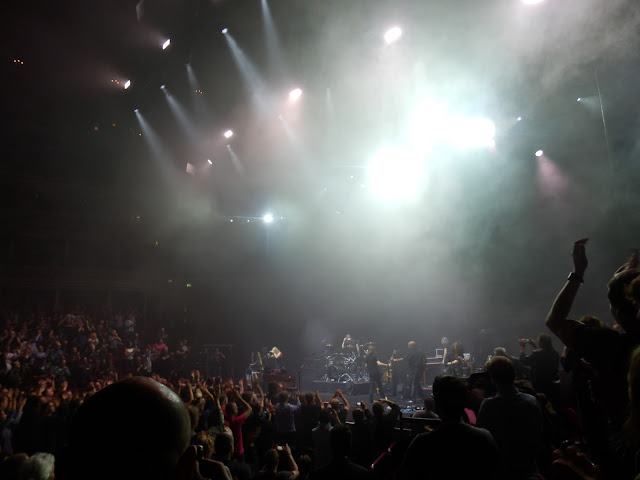 It's Steven Wilson, who was playing two nights on his solo tour. (you can read the review and see some fabulous photographs of the two nights on the Royal Albert hall website here.) 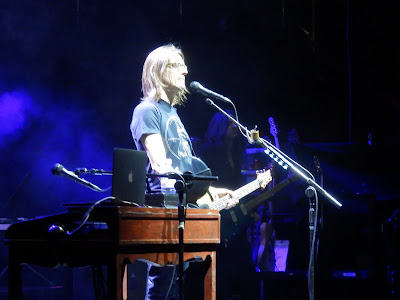 He's the guy who used to be in Porcupine Tree but who now does the most amazing, raw, emotional, visual solo work, his latest album being Hand. Cannot. Erase..  He plays with bassist Nick Beggs (who also plays with Steve Hackett) and one of their special guests on the second night was Gavin Harrison, who I'd seen the week before as one of the three drummers with King Crimson.  Every band should now have three drummers. 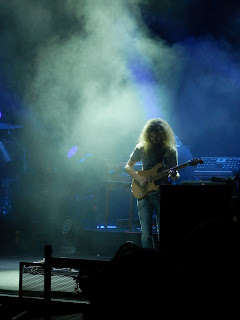 And that's Guthrie Govan.  There's a man who can both play the most astonishing guitar solos, and grow hair profusely. 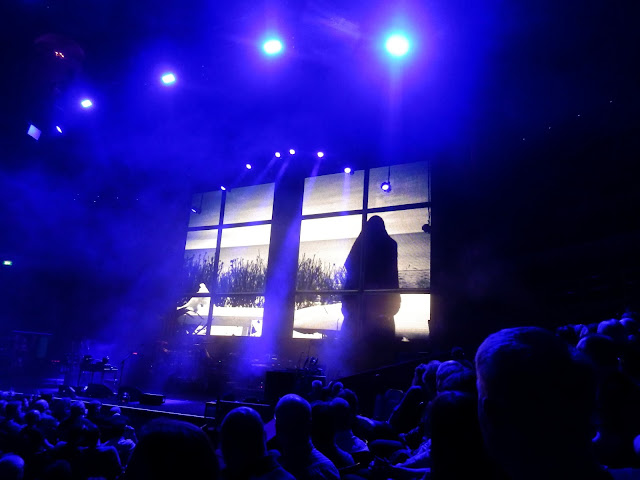 Various films accompanied the songs, some of them animated, some live action, all pretty dark stuff.  And this was especially creepy.  It was a hugely slowed down film of a beach, seen through a window, and a dark figure moving imperceptably up the beach towards you.  Very intense. Sounds ridiculous, but take it from me - it was hairs on the back of the neck stuff.

Anyway, during the day, it was down to work, and off to Hampstead and Hyde Park to take photos of the trees.  Although autumn is well underway in Scotland, things are just beginning to turn in London.  The weather was wonderfully warm and sunny, the light was dappled, and the skies were blue.  This is all material which is going to go into the solo show work for February. 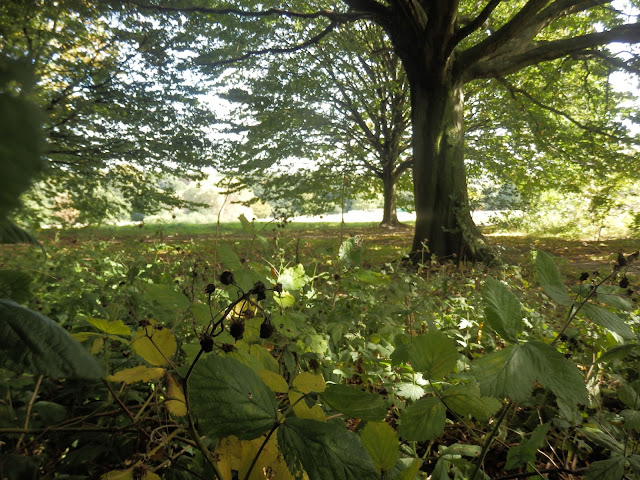 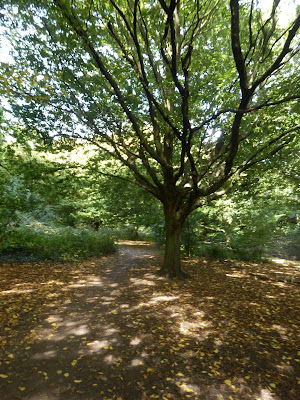 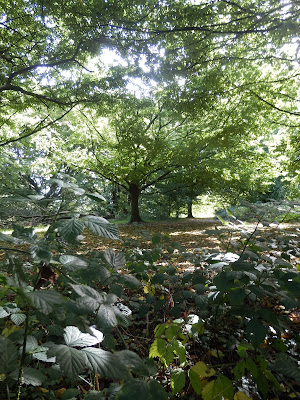 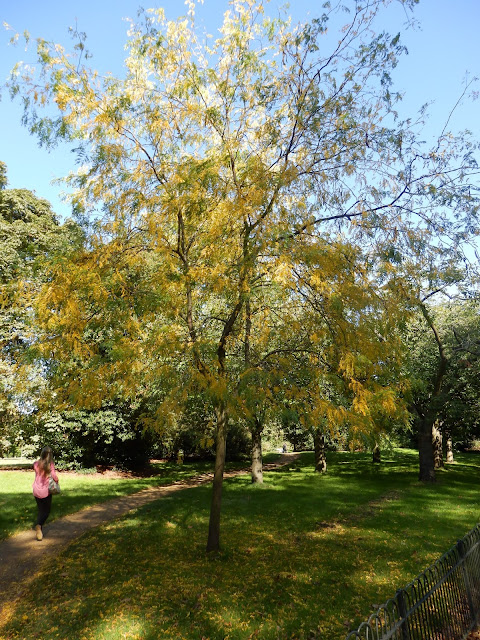 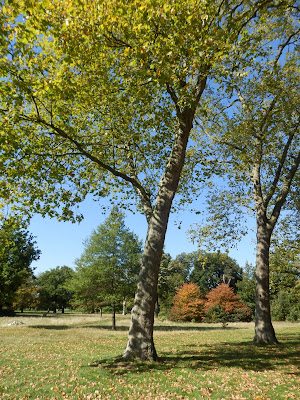 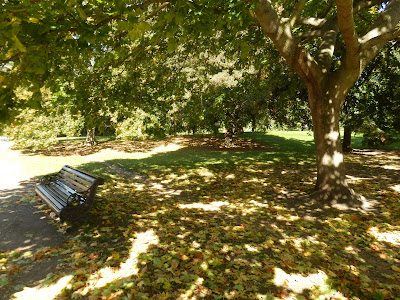 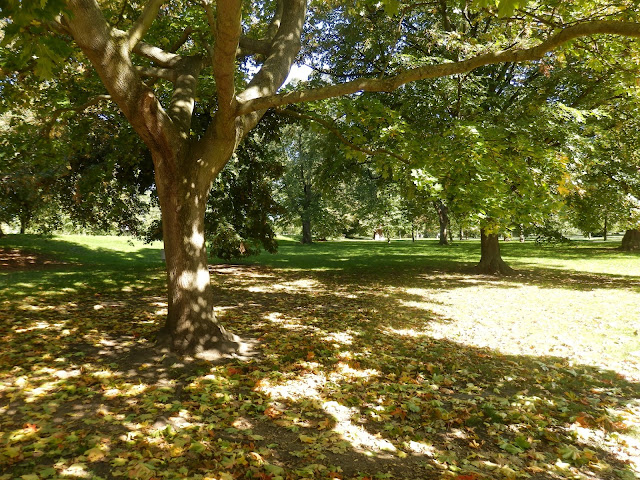 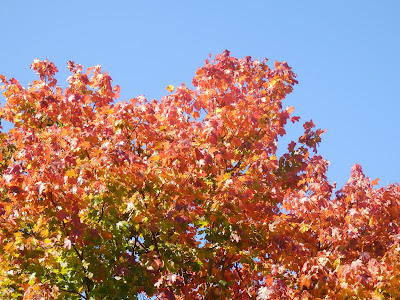 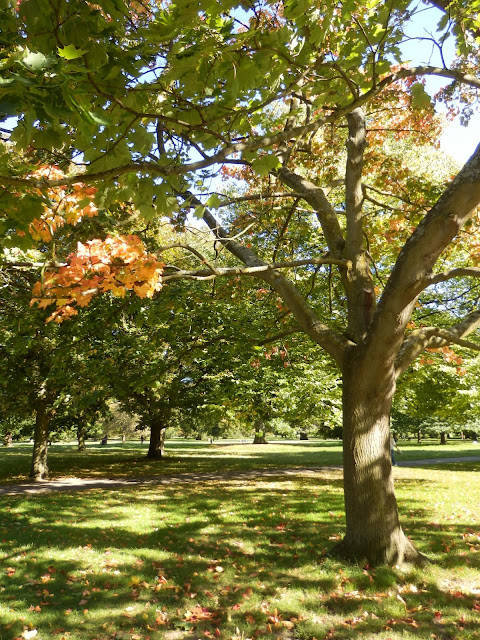