Always lovely to be back in Gateshead, and the spectacular Sage by the banks of the Tyne.

And here we go...and once again, I'm on the lefthand side of the stage right in front of Rob Townsend, who is probably considering some sort of restraining order. 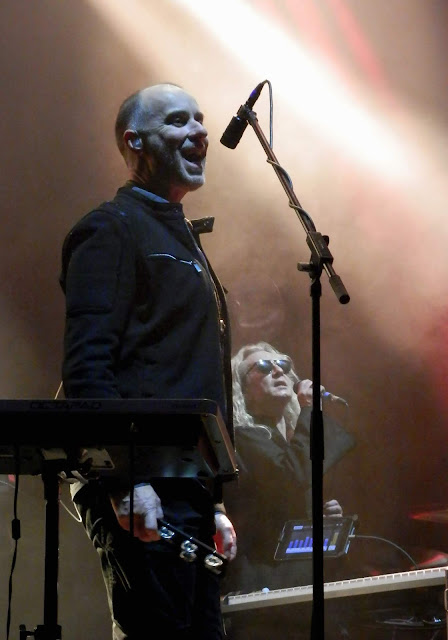 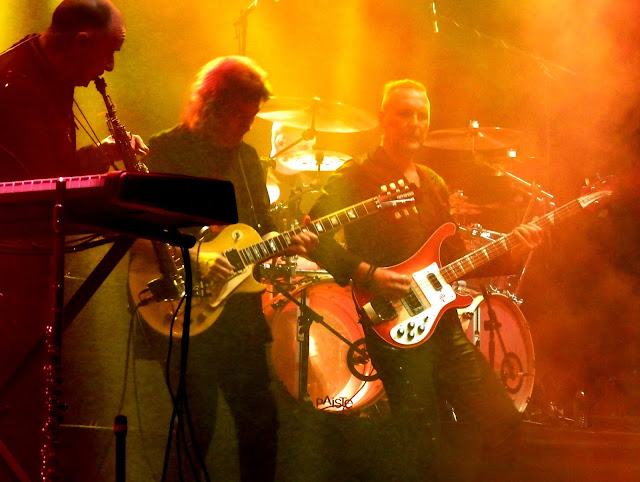 This is Steve in a typical between-songs stance, rubbing his hands, and explaining the strange origins of the Spectral Mornings album, which is 40 years old this year. 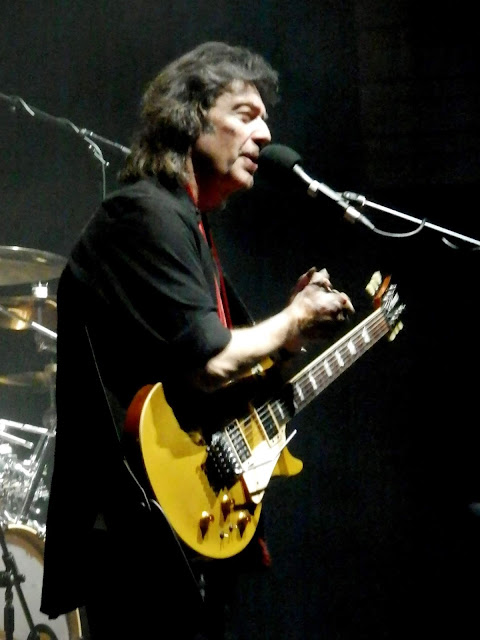 Did I say that there was an awful lot of smoke...? 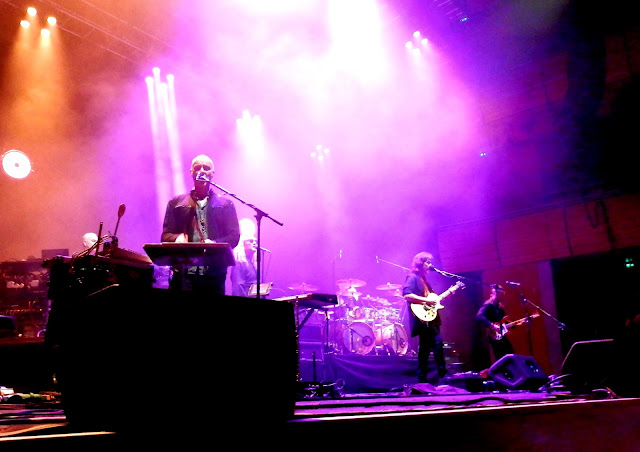 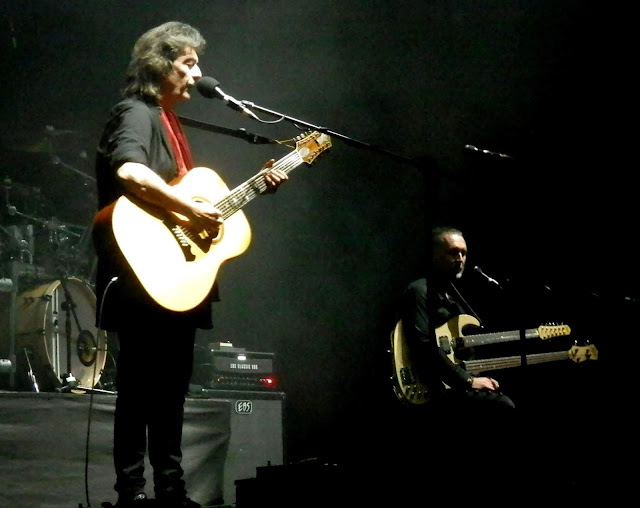 The Virgin and the Gypsy.  No John Hackett tonight. 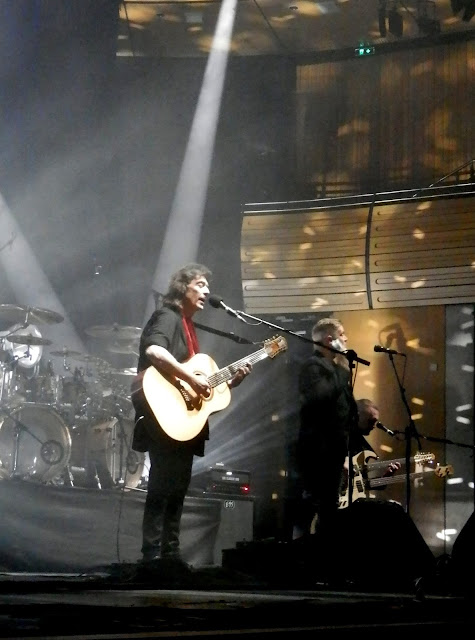 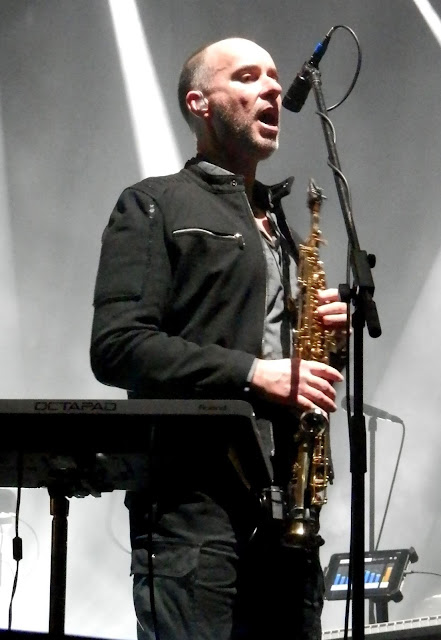 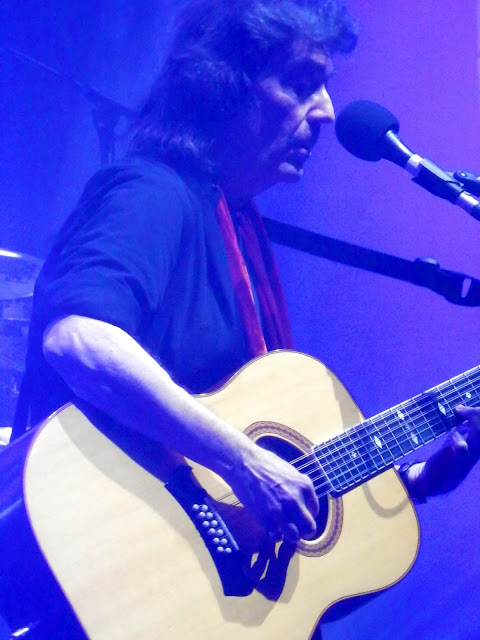 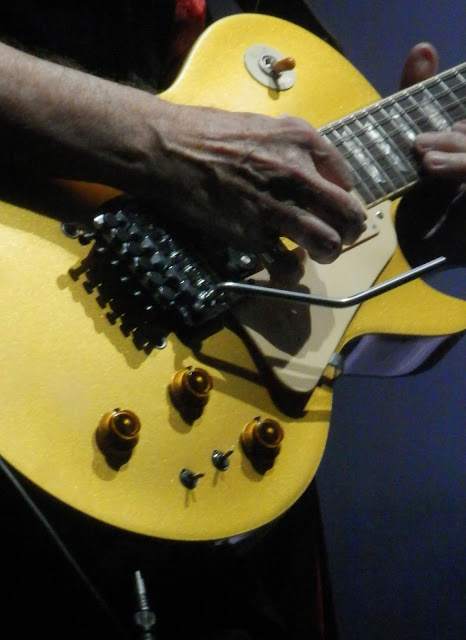 Close enough to see the hairs on his arms... 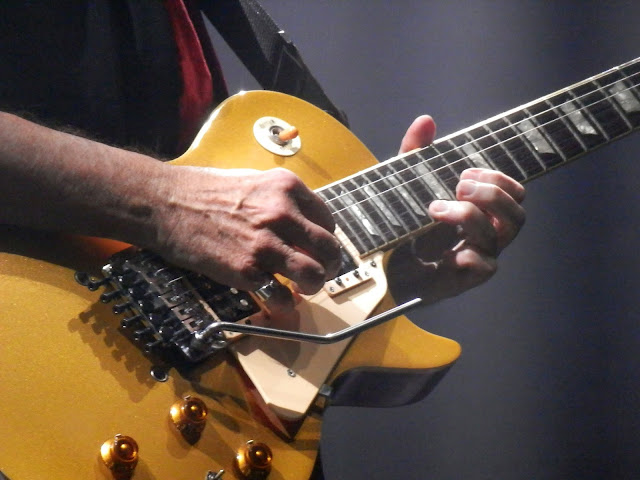 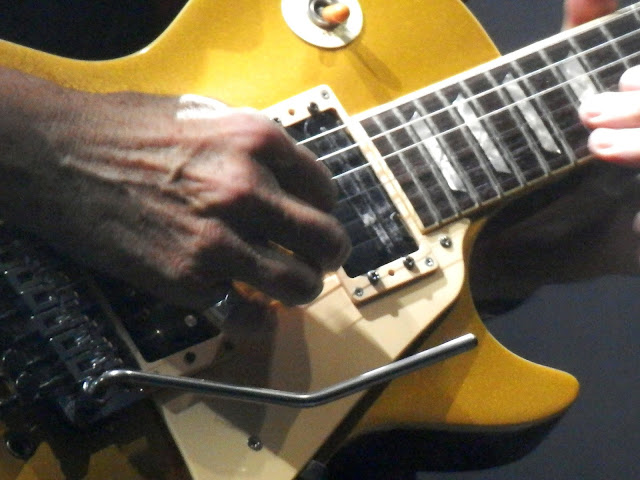 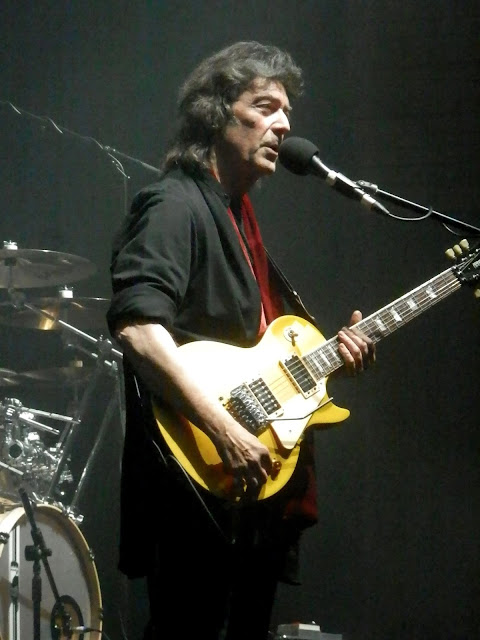 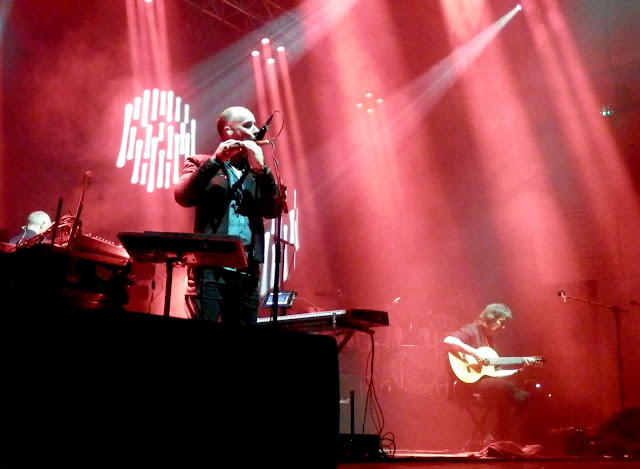 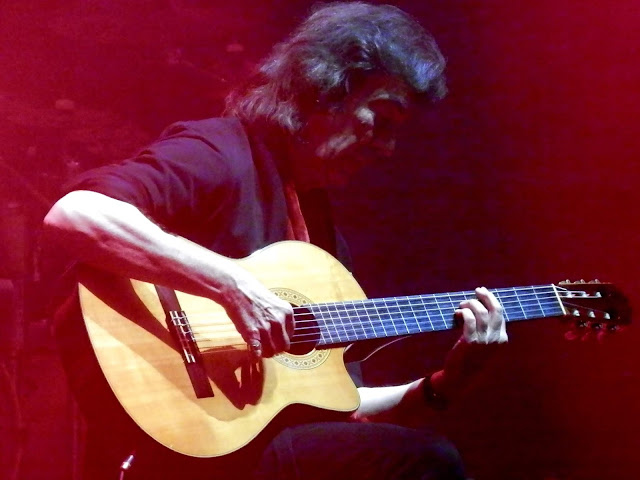 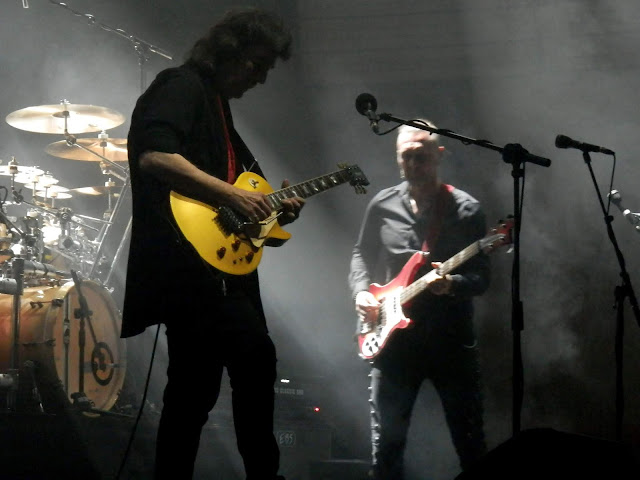 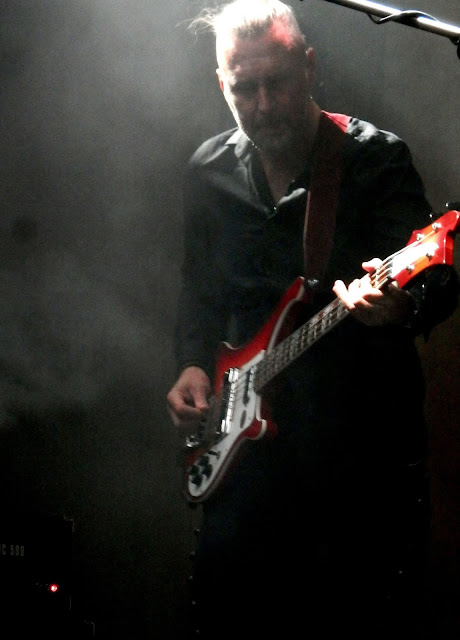 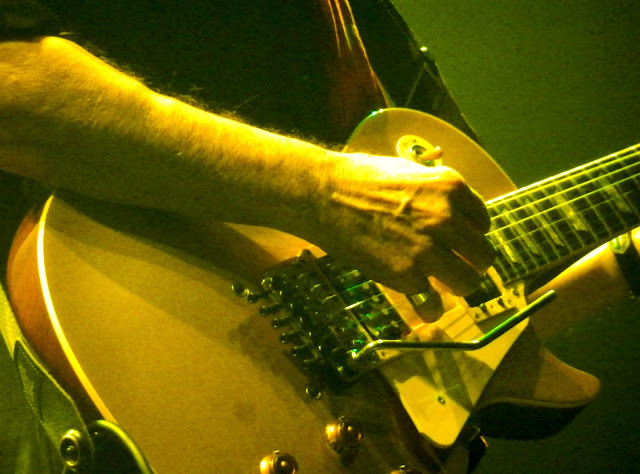 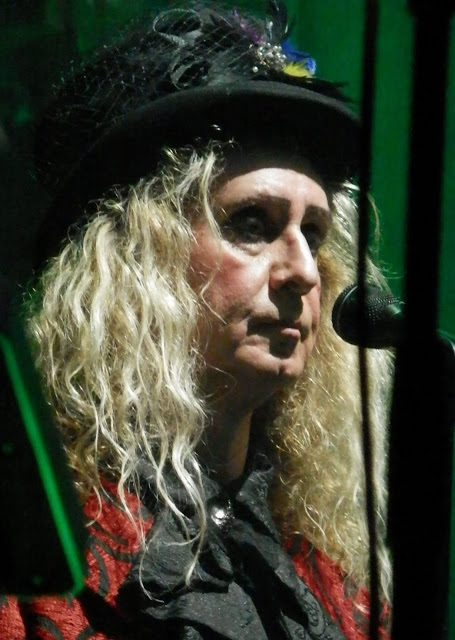 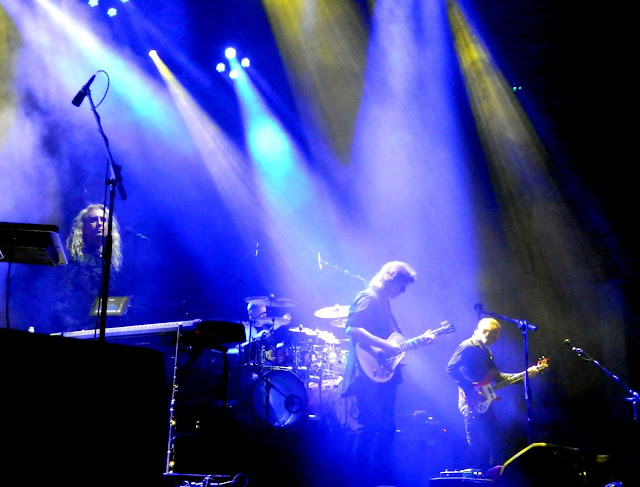 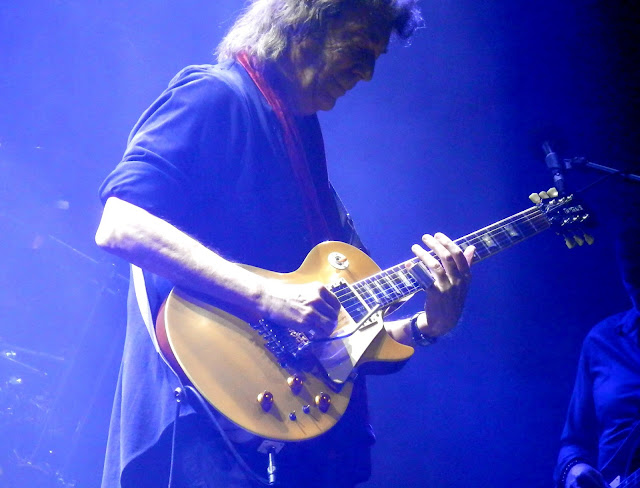 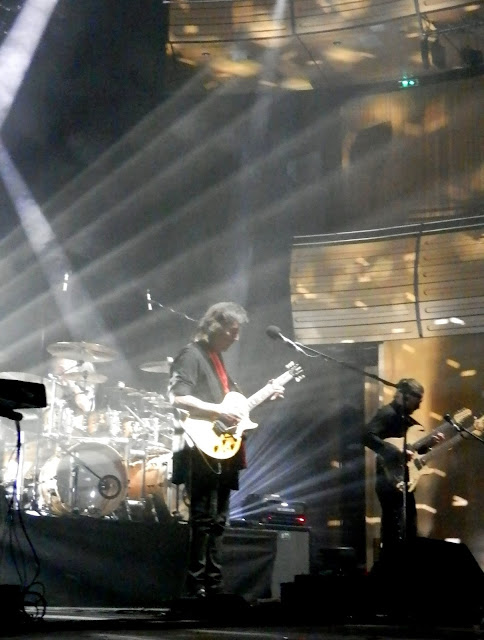 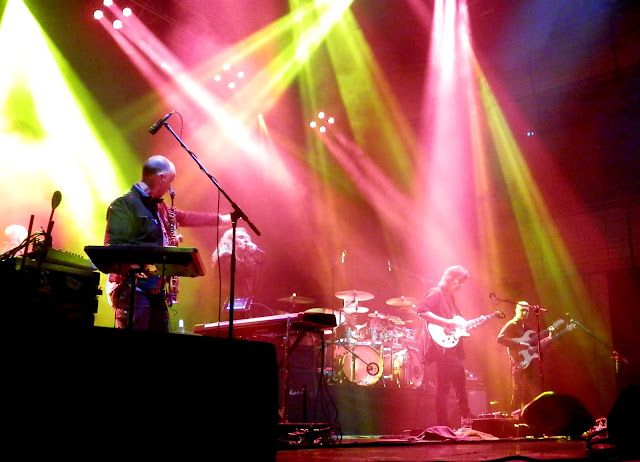 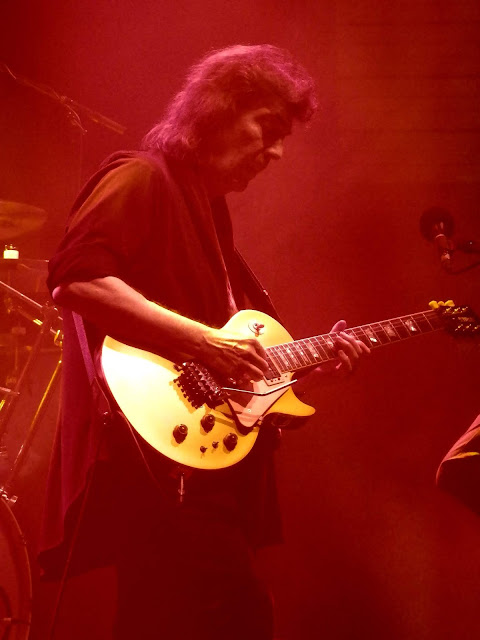 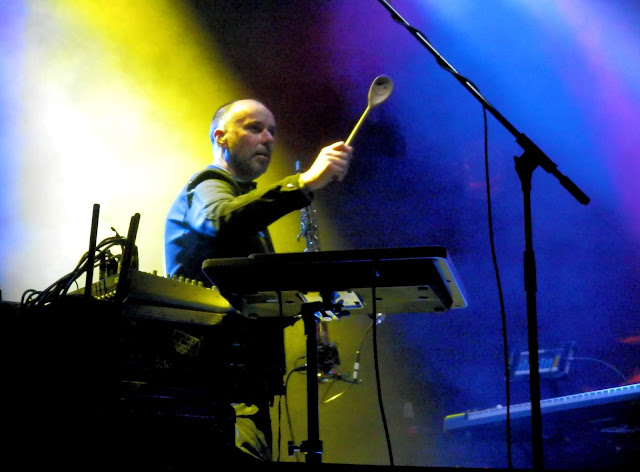 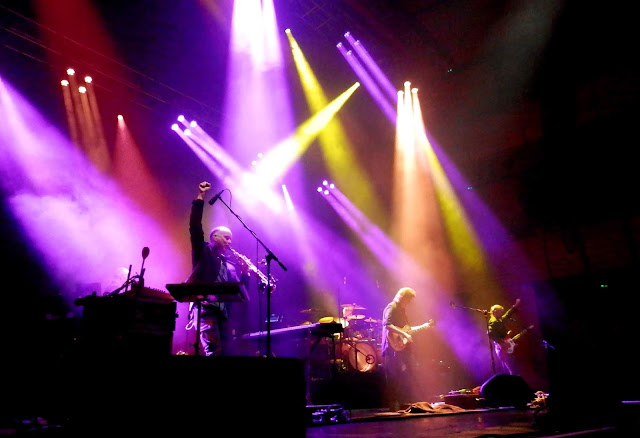 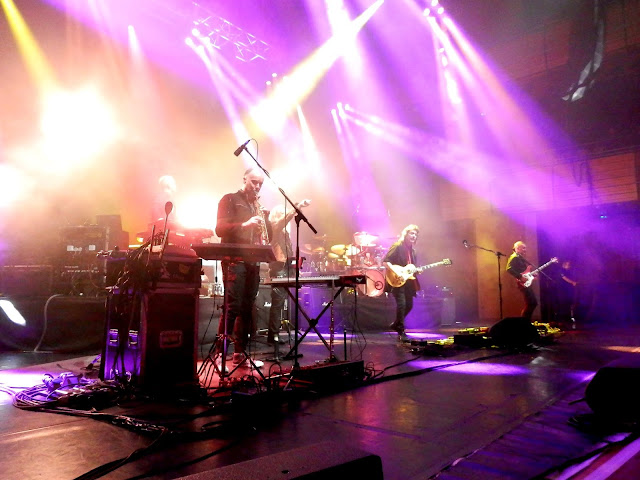 Mr Reingold does his scary party trick of balancing his guitar on his chin... 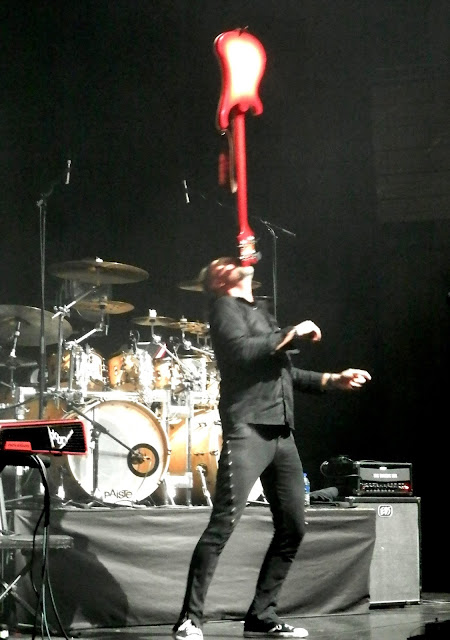 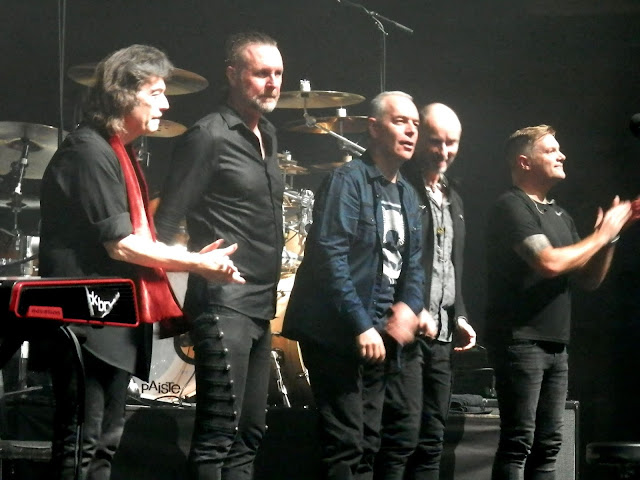 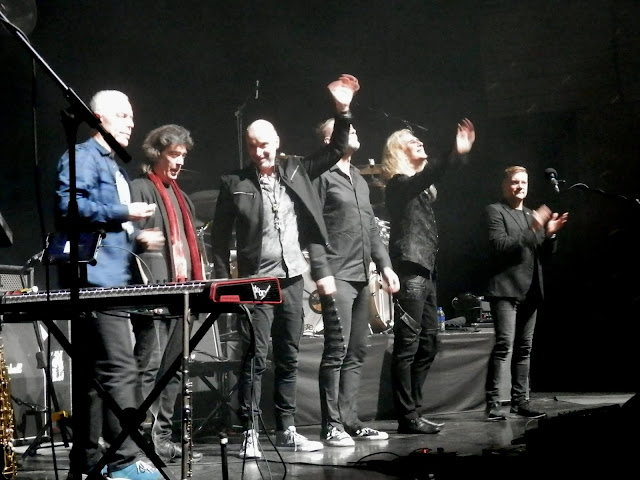