The Big Melt - How Steel Made Us Hard

Back in the 80s, I used to go and watch strange late-night showings of obscure arty music films, which were often quite trippy, meandering, non-narrative tests of endurance with various weird random images connected by pieces of repetitive, trippy music.  I remember finally being pushed to the limit and having to walk out of a showing of Pink Floyd's Echoes, which had a man surfing a very big wave in slow motion for 23 minutes.

Now, here's a non-narrative film with a musical soundtrack for you, about steel making in Sheffield.  Doesn't sound particularly watchable?  Well, settle down with a pint of Easy Rider for 70 minutes of trippy, strangely compelling archive images of Sheffield's industrial heritage, with a mesmeric soundtrack by Sheffield's own Jarvis Cocker, recorded live at the Crucible.

Now, I go to Sheffield quite a bit.  I like Sheffield.  It's plain and gritty, it's a city which used to make stuff but doesn't really make stuff any more, and has had the stuffing knocked out of it, but is now beginning to turn itself around and start to be creative again. It's just on the cusp of regeneration.  There's a feeling that you can do things in Sheffield, if only you knuckle down and start doing them and making things again.  Maybe that's why I like Sheffield - because I like the whole challenge and process of knuckling down and making things.  That's exciting.  It feels real. 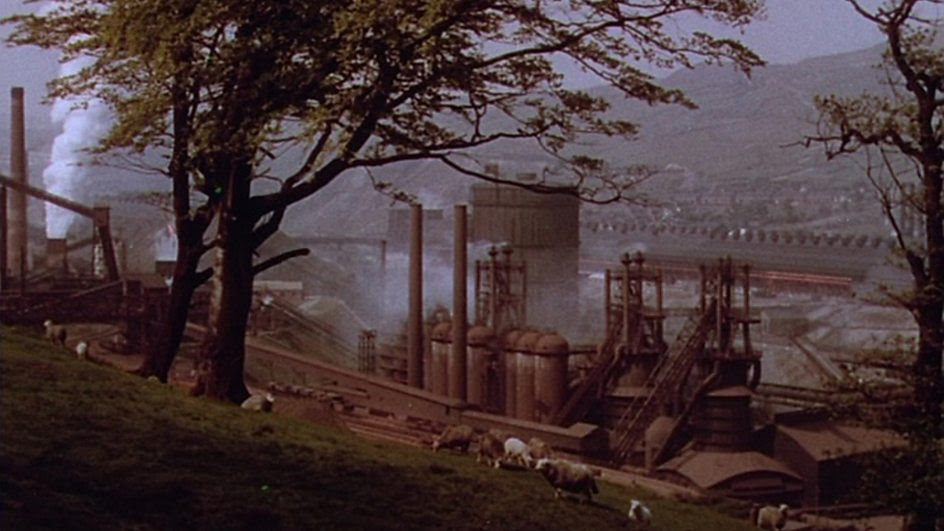 This film has raided the BFI National Archive, and has taken quirky animated public information films (remember them...?), black and white film of grimy workers flicking two fingers at the camera, plucky tiny-waisted Edwardian girls making bombs, grimy kitchen-sink footage of people in pubs and clubs and dance-halls during their time away from the factories, and blazing technicolour film of the raw brutal process of steel-making in all its fiery intensity. 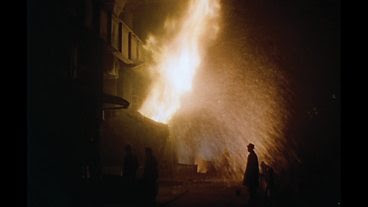 It sounds like the dullest thing on the planet, but it has a strange compelling intensity.

The drama of the theatrically huge, mechanised steel-making process produces both extraordinary and ordinary objects, from bombs and bridges to cutlery and bolts, which go out across the whole world. In the relentless making of these objects, there's the sense of being at the heart of something bigger than yourselves.

Away from the factories, there's a tangible sense of ennui and sadness, and of the weariness and plainness of the individual lives of the workers, the human element in the process. It's as if the huge, mechanised steel process also eats up those people's lives.  However, it's a process which simultaneously gives those lives a rhythm and a purpose, and the people, too, are made to be both ordinary and extraordinary through it. 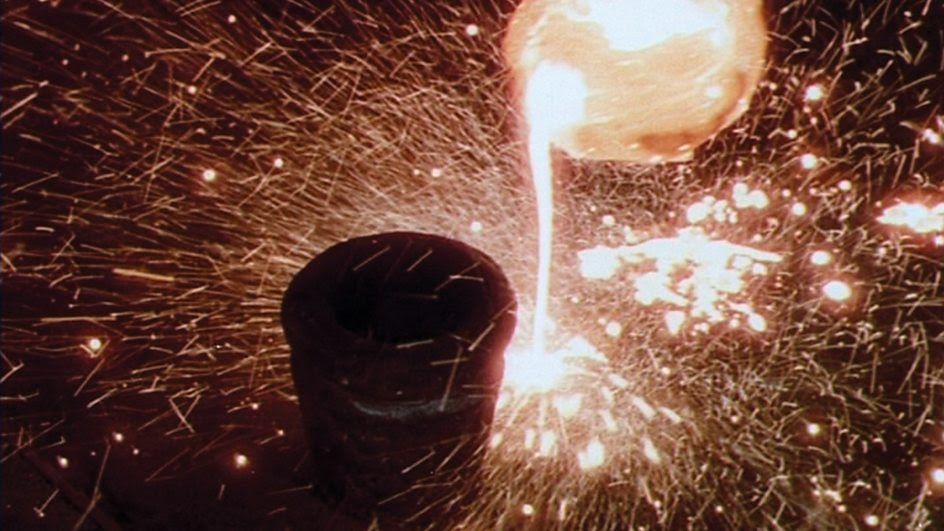 As I said, it's a non-narrative film, and it's a human necessity to try and make sense of events by creating a story out of seemingly unconnected pieces of information.  But by only having the music to accompany the images, and not a prescriptive narrated voice-over,  you can make up your own story.  It allows the film to become more powerful by being more universal.

By the end, all the disparate fragments of found film become pictorially smelted, to become something greater than the sum of its parts, a huge piece of filmic steel.  It's like a Yorkshire Koyaanisqatsi.