I'm looking forward to watching Italy Unpacked  tonight at 9pm on BBC2 as a bit of a Friday-night treat.

It's got pasta and Andrew Graham Dixon - and that's a powerful combination. 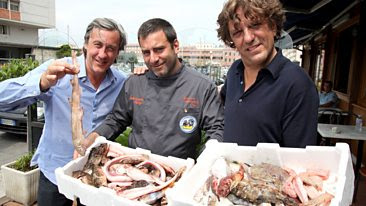 
First stop is the Genoa, once a great maritime republic, whose former glory is reflected it its opulent Baroque palaces with their imposing facades, glamorous decor and splendid paintings by artists such as van Dyck and Bernardo Strozzi. In contrast to these grand statements of wealth, Giorgio Locatelli whips up the simple dish that the city is famous for - pesto alla genovese.  (That's pay-sto, by the way, not peh-sto.  So I'm told.  )

Although I've been to Italy quite a bit, and by various modes of transport, I've only ever been to Genoa once.  That was when the ship I was on docked on the way back from Australia -  which is a rather quaintly Phileas-Fogg way of travelling.

Meanwhile, back on the art history, I've still to watch Apples, Pears and Paint: How to Make a Still Life Painting, which is a look at the history of still life painting, featuring a range of delights from the earliest existing Xenia mural paintings found at Pompeii to the cubist masterpieces of Picasso, via Caravaggio, Chardin and Cezanne.

And it's got Andrew Graham Dixon in it. 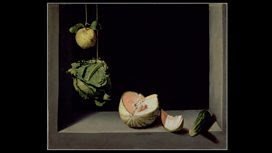 Let's just hope the poor man manages to string a sentence together better in the still life programme than he did on his woeful appearance over on University Challenge's alumni special over Christmas.

AGD may be an undisputed art history god on Caravaggio, but throw him a few questions on general knowledge or, indeed, art history, and the poor man grinds squeakily to an embarassing halt.

If you saw it, then no doubt you, too, were face-palming away and screaming "Botticelli, Andrew, Botticelli!!!!" at the television... 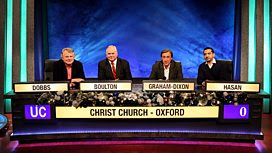