Cy Twombly at the Tate Modern

Cy Twombly has donated works of art worth £50 million to the Tate, it has been announced.  Yes - that's £50 million (according to an estimate made by the Tate itself). Cy Twombly was a famous American artist who died in 2011 at the age of 83, and who was part of the art scene which included Robert Rauschenberg (read more HERE) and Jasper Johns.

Twombly's donated pieces include Untitled (Bacchus), which consists of three large canvasses with large red loops, and five bronze sculptures.  Here's some photos of the work in situ at the Tate - I saw them when I was there to see the Matisse Cut-Outs exhibition recently.

Here you can see part of Untitled (Bacchus), painted with a brush on the end of a stick, and meant to give you a disconcerting feeling of having drunk too much - maybe. 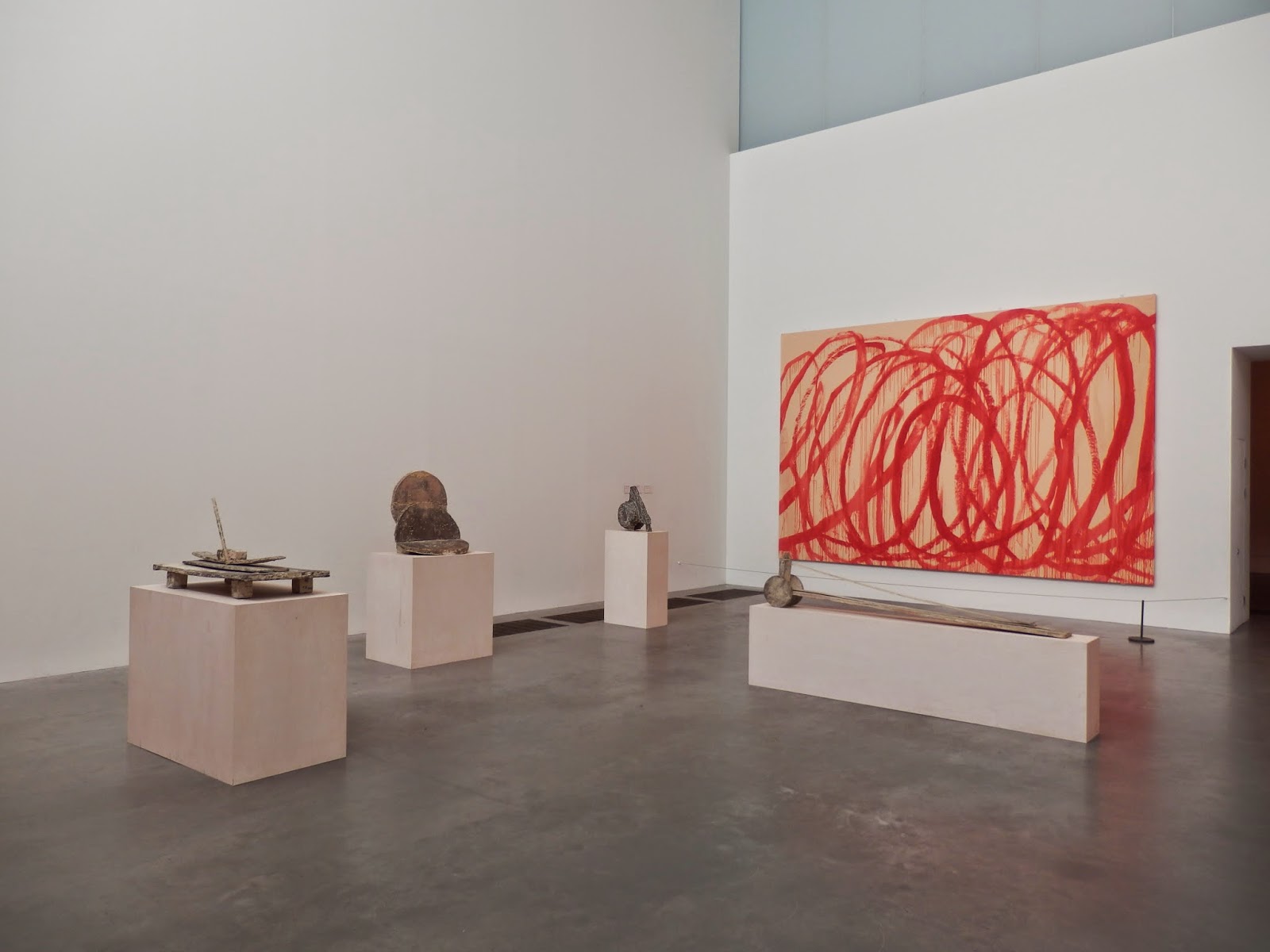 You can also see four of the bronze sculptures, cast from found objects, including the lid of an olive barrel. 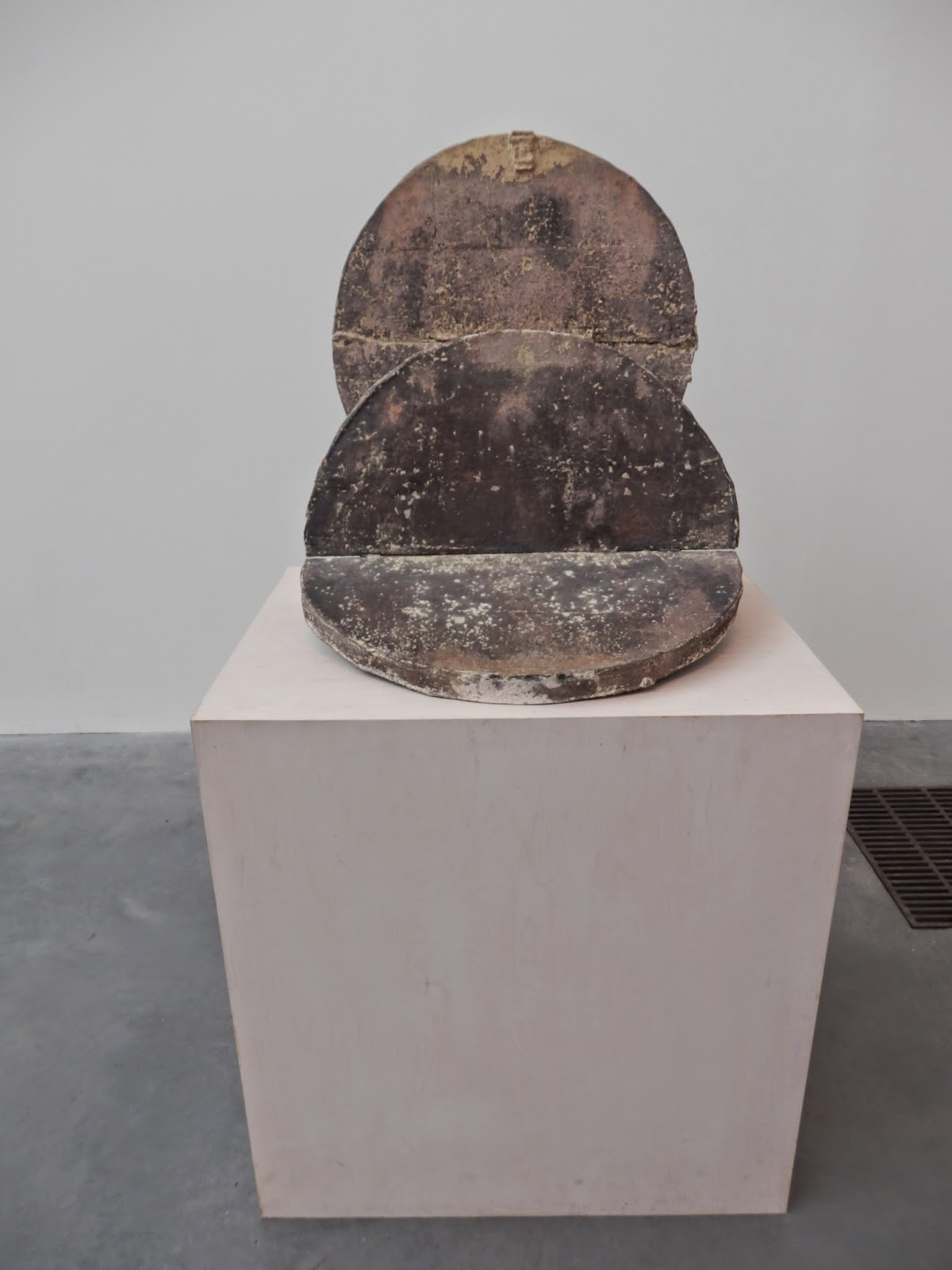 Actually I really like the cast found objects, having done several years of casting classes.  I found them really satisfying as sculptures.

They go beyond mere replication, as they have beautiful carefully-considered patinas which transform them from objects of ignorable everyday simplicity into something beautiful and worthy of consideration and reflection.  Which kind of sums up Twombly's art - taking the overly simple and ignored from everday modern life, and transforming and elevating it into a considered, treasured  object.  And one with a price tag of £50 million, apparently.

I have to say, I wasn't crash hot keen on the big red squiggles, but I do like his Three Studies from the Temeraire  in the National Gallery of New South Wales in Sydney.

There's something very calming and timeless about these huge paintings, with its procession of childish, scratchy ships that move across from left to right - and also something a little jarring (at least to me) because the canvasses aren't matching in size - so there's a certain uneasiness as well.  But that's kind of good.

It's strange because it's certainly just the sport of painting that would normally irritate me, but their size and calmness instead is very commanding, and somehow heroic.  Tiny, brave, scratchy ships sailing out against a big blankness on a vast journey.  They look all cobbled together, but they're setting off anyhow.  Let's do this thing.  Hurrah for them!

They're a whole lot more satisfying that the Tate red squiggles.
Posted by Judith at 09:22