Whilst unpacking my paints order last night, I tuned in to go-to expert Professor Amanda Vickery and her programme on the Suffragettes - Suffragettes Forever - The Story of Women and Power.  Hey, my kind of thing!

Readers of this blog might remember my views on Prof V from her less-than-insightful programmes on the role of women in art - The Story of Women in Art and The Story of Amanda Vickery with Some Art. 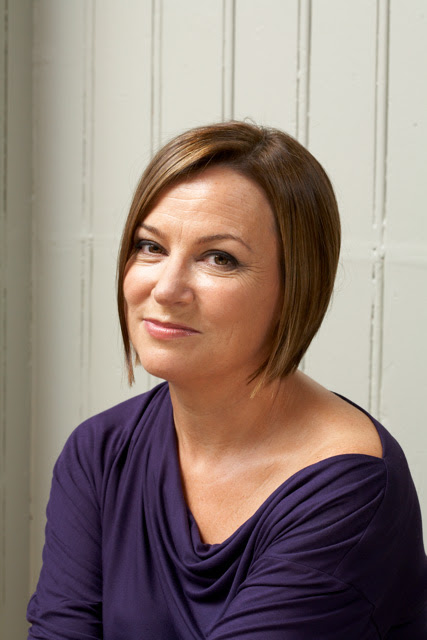 However, this was the last episode of Suffragettes Forever - The Story of Women and Power, which you can view here on i-Player.  And very interesting it was too, exploring how the Edwardian suffragette movement became a quasi-terrorost organisation.  It examined how women were forced to adopt guerilla tactics to get their point across to the establishment that women should have the vote.

This establishment old-boys club treated them by first ignoring them, then ridiculing them with vile abuse, sexual and physical degradation, out-and-out misogyny and general male political skulduggery, before finally caving in and granting them suffrage.  In other words, the establishment acted in a formulaic way to protect itself  just as it always does when it, as an institution, is threatened by what it perceives as dangerous outside forces. (A historcal pattern we should all do well to pay attention to, given certain current political situations.)

Anyway, Prof Vickery looked at incidents of protest, including one which involved the then-prime-minister Herbert Asquith, which required Ms Vickery to stride around a golf course.  "A remote Scottish course" declared Amanda, which turned out to be Lossiemouth (thus putting the good people of the north east in their geographical place).

(Mr Asquith was, it turns out,  jumped on by two suffragettes who tried to strip off his clothes, thus giving him nightmares ever afterwards.)

1911: Annie Kenney (left) and Christabel Pankhurst (right), who both spoke at huge meetings of the Suffragettes at the Royal Albert Hall in London

The series concluded by looking to the UK's first female political leader, Margaret Thatcher. In an interview with Kelvinside corncrake Kirsty Wark, one of the few women allowed to interview Thatcher, Amanda and Kirsty concluded that by keeping herself as the only woman in an all-male cabinet (only one other woman was ever briefly allowed in the cabinet), Thatcher skilfully played the female card to her advantage by maintaining her exclusivity, her USP, and generally acting like Elizabeth the First in her court of admiring men.

Now hold on there, Amanda.  Haven't you forgotten something?  Something big and current and really really important that's right under your nose...?

It's all very well looking to the past at Mrs Thatcher, Britain's only UK Prime Minister, and making the projectory of your thesis that this was a blip, a one-off in the past that signals that female equality is still stuck in the starting gate.  Good grief woman, if you're presenting a programme on women and political power, look at the evidence staring you in the face, HAPPENING NOW, for goodness sake!!

If Ms Vickery had only raised her tear-filled eyes to that 'remote' corner of the UK, she might just have found that there is, in fact a whole country there, currently - shock!! - run by a woman.  Here she is.

It's Nicola Sturgeon, my MSP.  And one of her first acts when becoming First Minister for Scotland was to create a gender balanced cabinet.

So why wasn't this acknowledged as part of the programme?  How is that not of any interest or pertinence?  To leave it out was to present a grossly skewed story of what is going on in UK politics, and the progressiveness of Scottish politics.  It's a complete misrepresentation of history in a historical programme, by someone who purports to be a historian.

Also pertinent to the history mapped out in Ms Vickery's programme of reform vs establishment, it would have been extremely valuable to look at the way that Ms Sturgeon is currently being met by views such as this from the English media.  Despite being a calm, polite, well-briefed, professional, hard-working politician, here she is presented in a bizarely sexualised way by the English edition of the Sun (not the Scottish version).

She is a threat to the establishment, ready to shake things to their foundation (the wrecking ball) but is also oddly sexy.  A sexy threat.  What's that all about??

Meanwhile, Sturgeon is constantly belittled and disrespected purely for being a woman in a position of power. For example, Labour dinosaur David Hamilton in a jaw-droppingly shouty misogynistic speech on International Women's Day at the Labour Party Conference.  He referred to her as "that wee lassie with her tin helmet on" (a sentiment received with guffaws and applause).

So there you have it.  Women breaking through the glass ceiling of politics ended with Mrs Thatcher, according to Professor Vickery.  End of.  Boo hoo.  Once again, Amanda has done a great disservice to the subject matter of her programme, by completely ignoring what's happening right here, right now.  Woman First Minister?   Gender balanced cabinet?  Vibrant grassroots groups such as Women for Independence?  La, la la, never heard of them.

I just don't understand how she can have ignored it.  In fact, it's almost as if Amanda is the establishment, who won't give a voice to the current vibrant, intelligent, committed, forward-thinking progressive women right at the forefront in politics.