I went to a great little exhibition at the Graves Gallery in Sheffield last weekend.

The gallery is on the top floor of the library in the centre of Sheffield (quite a few stairs!).  The first two rooms are currently given over to an exhibition of the landscape paintings of local boy Stanley Royle, who painted Sheffield and the rolling hills of the surrounding Peak District.


Stanley Royle was one of the most popular Sheffield painters of the 20th century. This major retrospective exhibition is the first in almost 30 years,and showcases Sheffield’s magnificent collection of his paintings, which is the largest in the country.

Royle painted the industrialisation of the city and the rolling landscape on the very edge of that urbanisation in the years after the First World War.  He later emigrated to Canada in 1931 to escape the Depression - Canada of course being famous for its Group of Seven painters (including names such as Tom Thomson), with their ecstatic and very Scottish use of colour.

Here is Thomson's snowscene, contemporary to the work of Royle 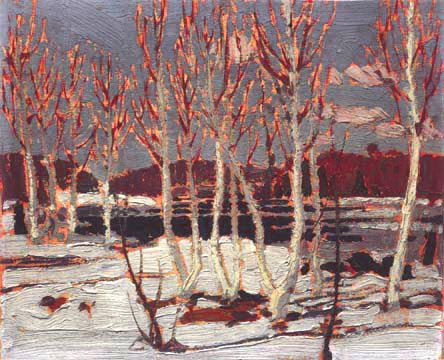 and here is Royle's gorgeous painting of snow at Ringinglow, being hung in the exhibition


It really is stunning when you see it.  It has a glow of pinkish late afternoon light in the distance, and is so true.

His paintings are all about capturing the sense of place and the transience of a moment, whether it be a season, the weather, or the transition from the rural to the urban.

Here's another gorgeous painting of the same spot just on the outskirts of Sheffield to the south at Ringinglow (there's an alpaca farm there now, which is great for a visit and costs a mere £2.50 to walk round). 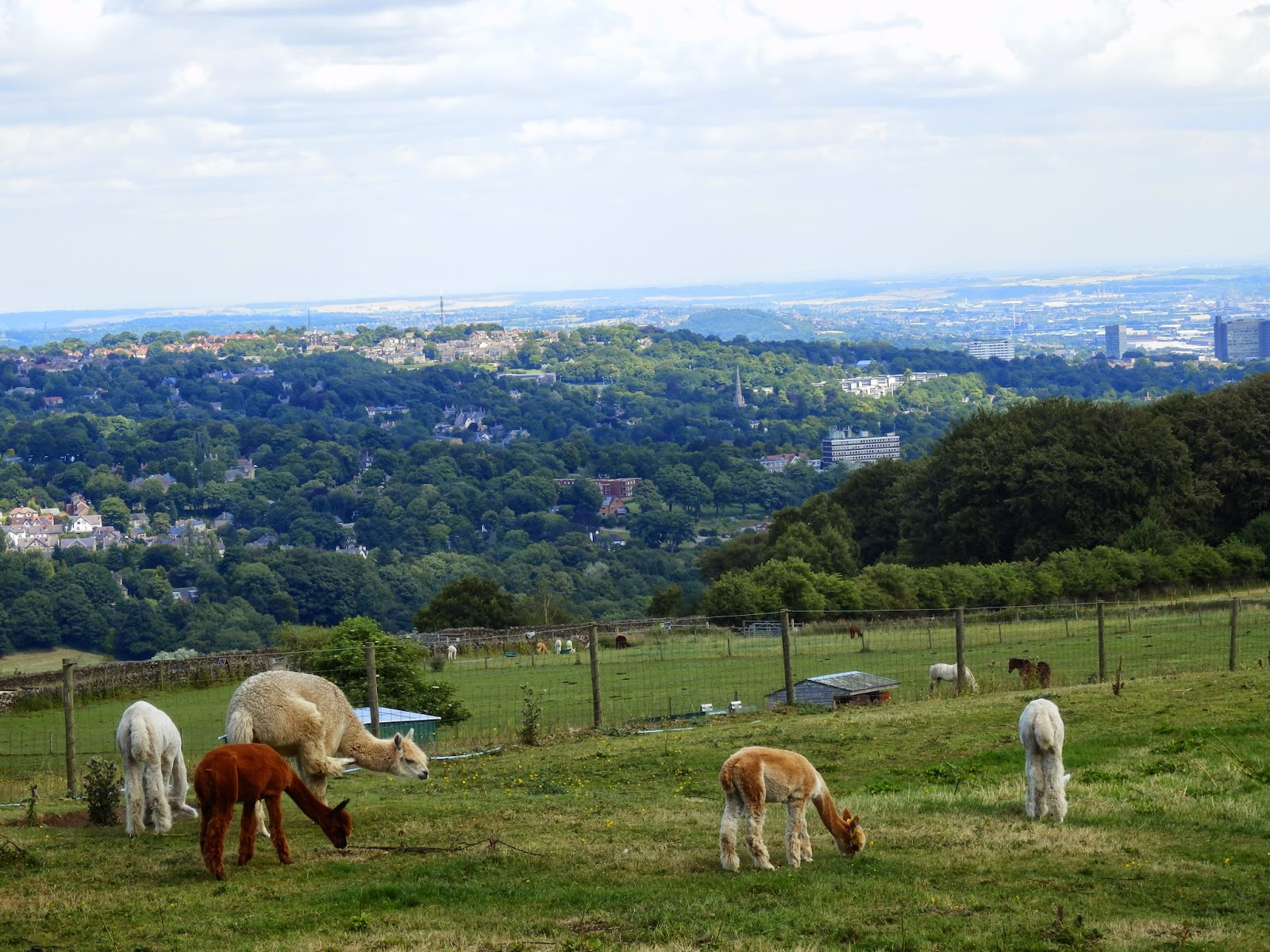 The large oils are very impressive, and when viewed at a distance, they give a real sense of light and space, of standing on the moors and looking right into the distance, with sharp light coming through the clouds and catching the colours of the moorland.

This is his painting of his wife walking on the moor, in her favourite lilac dress. Stanely Royle, Morning on the Derbyshire Moors (Oil on canvas, 1920)


It immediately reminded me of this familiar favourite painting from the National Gallery of Ireland, which I travelled all the way to Dublin to see (as well as their Caravaggio).

The gallery had originally credited it to William Leech (!!), but it is now rightly accredited to Royle, and shows his wife walking in Whiteley Woods, Sheffield.

After the Second World War, Royle returned to England and painted in Cornwall, amongst other locations.  Here's his last painting from 1960, and see what a change in the colour scheme - his paintings with figures often have a frieze-like quality, but here the pattern-making is even more explicit, akin to the post-war Festival of Britain design ethic, as exemplified in 1950s textiles and ceramic designs.

Compared with the truth of his paintings of Sheffield, this feels somewhat peripatetic, and it's very much a reflection of the age in which it was painted, but is also very much a reflection of the painter himself and his life.  Remember, it's his last painting.  The space is totally different - instead of youthfully opening out, full of yearning possibilities as far as the eye can see, it is enclosed and sheltered.  The colours are saturated, the boats fan out to make a pattern in the foreground, the houses are cubes, the scene idealised.  There is a flatness and stasis, a feeling of design and deliberate arrangement, but also a strong sense of order and calm.  It's perfectly content.

The exhibition continues at the Graves Gallery until 30 May, and shows not only Royle's beautiful big oil paintings, but his sketches and notes as well.