Diving once more in to the rich fonduefest of Messrs Anderson, Rabin and Wakeman, here's a few photos of the night.  Fortunately, it turned out to be a far, far better performance in many ways than the show in Edinburgh just two days before. 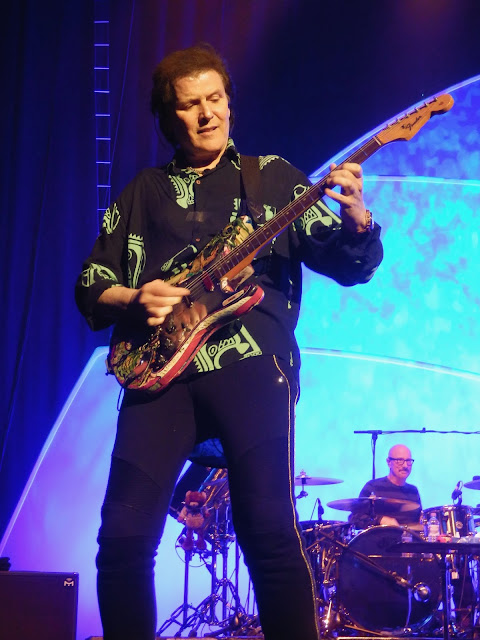 Squeeeeeellll!! etc.  Trevor is fabulous on his own stuff, bless him, but does the subtleties of Steve's work on the older songs no favours at all.  Trevor doesn't play just a single, beautiful note that's allowed to breathe and express a feeling - oh no, not when he can play 20,0000 million notes, very loud, all at once. 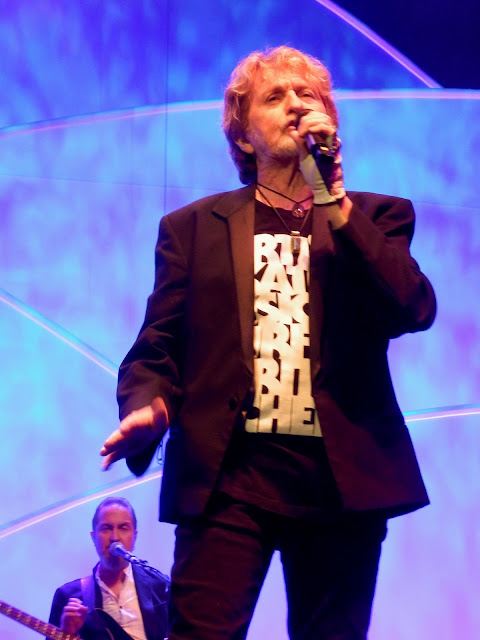 Jon may be small, but Lee is even smaller, as you can clearly see here. Whe-e-e-e-ere's Wally?  Or was it Blakey from On the Buses?  Whatever, Lou the drummer caused quite a number in our group to froth at the mouth when he mucked about in an extremely irritating attention-seeking manner about during And You And I.  It was like parping a clown's horn during the 1812 Overture. 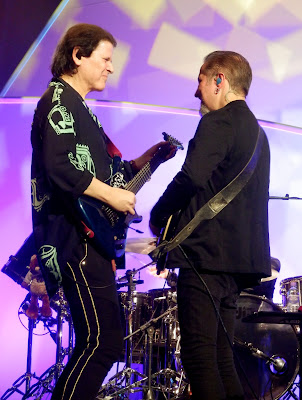 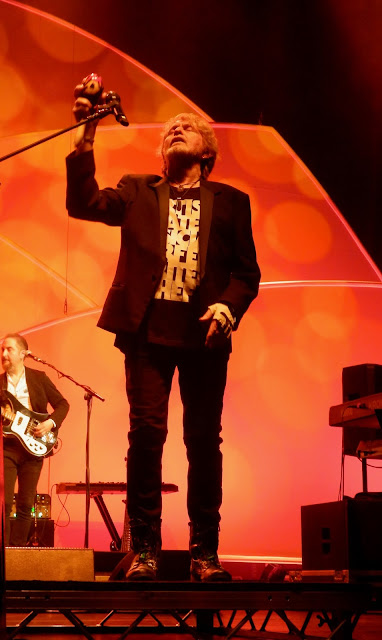 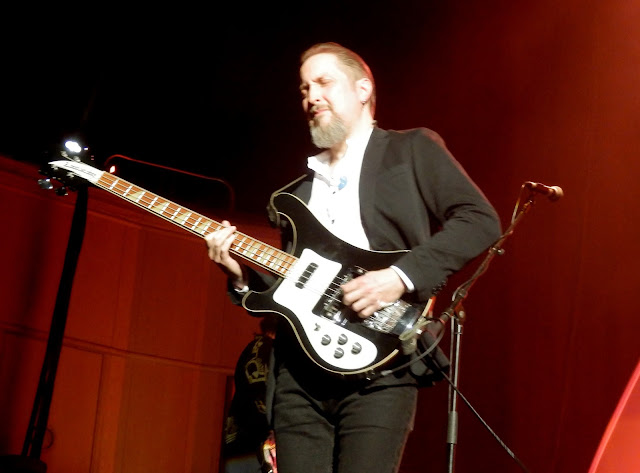 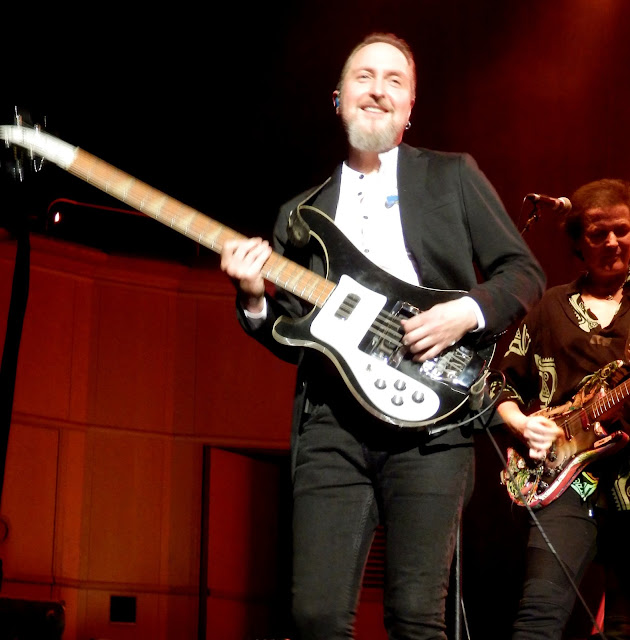 I could take photos of Lee playing The Fish all night. 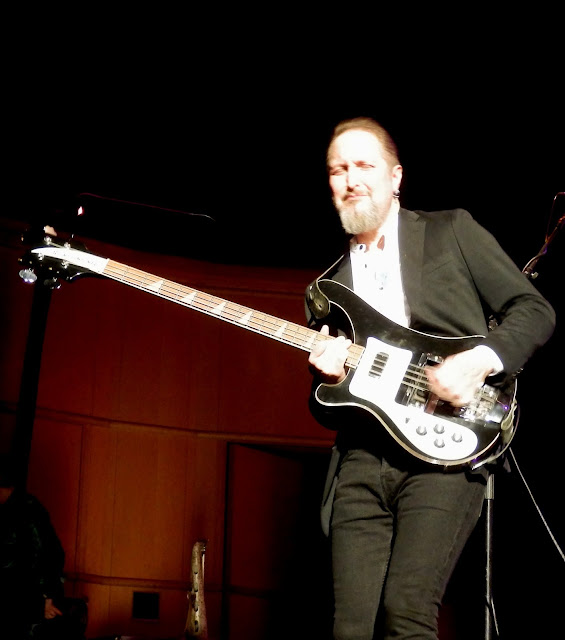 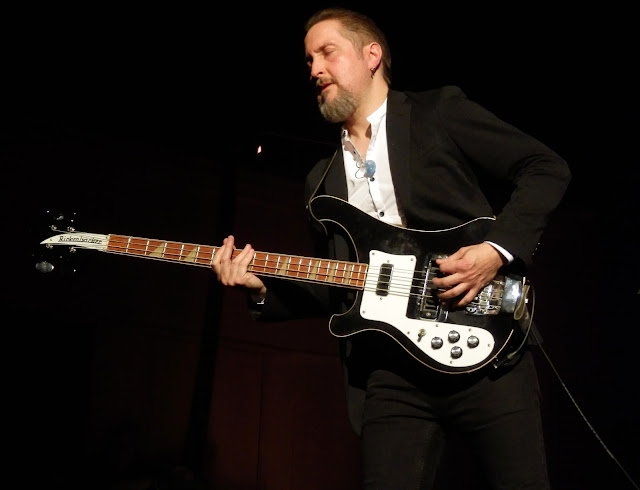 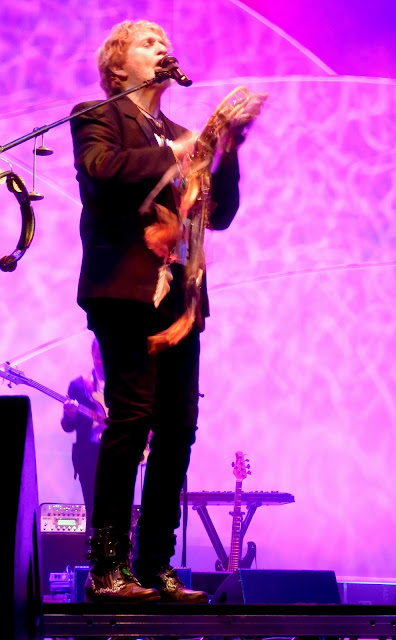 Jon had a bit of an accident with his roadkill tambourine.  Vigorous shaking caused a cascade of beads and bells to fall off and bounce in a layer over his little platform, causing a health and safety nightmare.  I was sure he was going to tread on a bead and go skiting off the platform, and I would have to leap onstage and surreally administer first aid to one of my rock 'n' roll heroes.

He did tread on one bead, but being the ever the consummate professional and Accrington Stanley wannabe, he deftly kicked it away with one of his little black bootees with the green light-up bits. 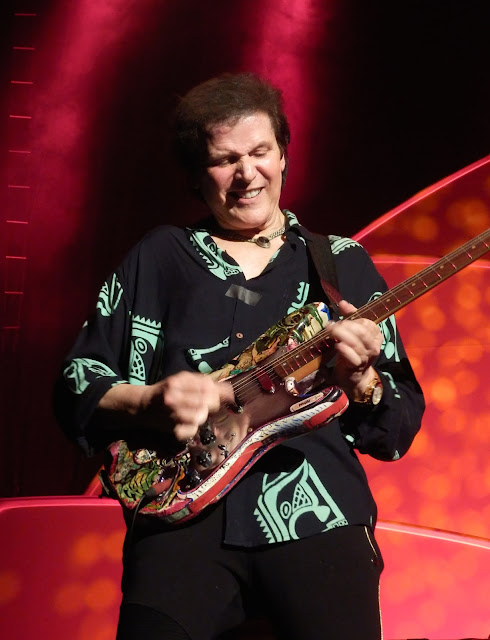 Trevor's top was held together with a piece of thoughtfully co-ordinated black insulating tape. 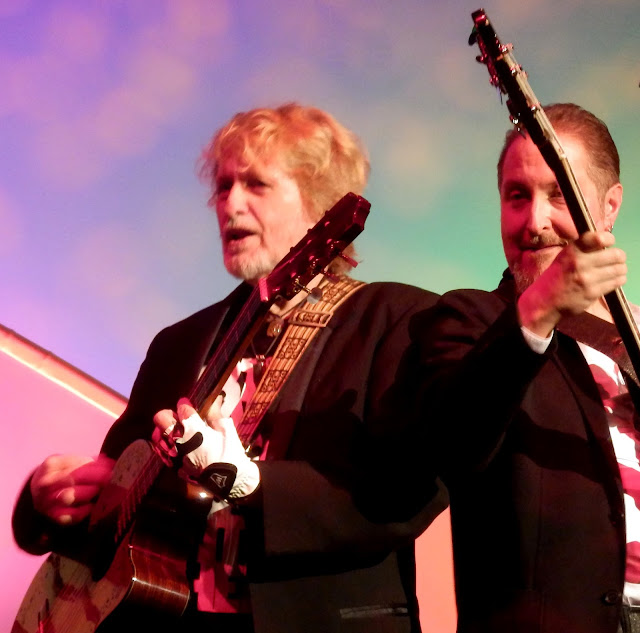 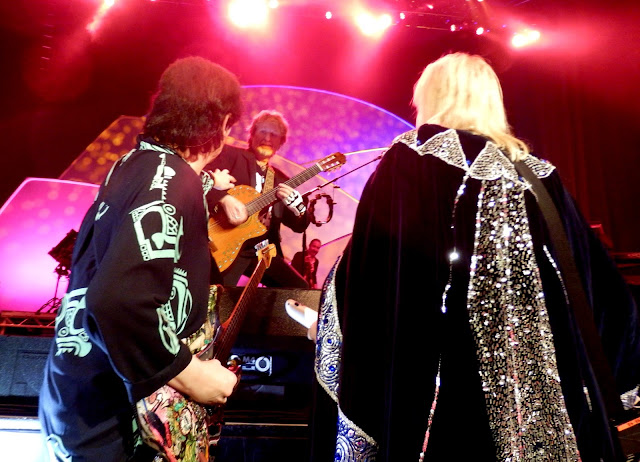