Any ideas as to which artist created it? 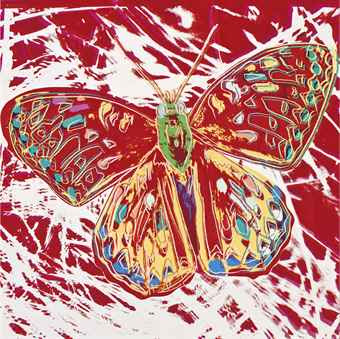 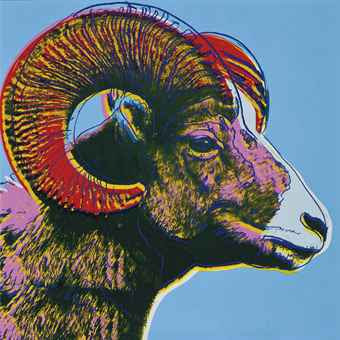 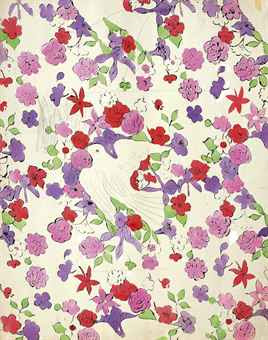 They're prints (ie there's more than one of them).  They're by Andy Warhol. And he's made the classic artist career move of being dead.  Which makes his remaining available work all the more valuable and desirable because it's a finite source.

Andy Warhol at Christie’s, was the first of three single-artist sales of his Photographs, Prints, and Paintings and Works on Paper, organised between Christie's and The Andy Warhol Foundation for the Visual Arts.  It raised over $17 million, with a sell-through rates of 91% by lot, thus diffusing another 300 of Warhol's works onto the market.

Many of the lots went well above estimate.  The first one shown is San Francisco Silverspot, from the Endangered Species Series, the second is Endangered Species, Bighorn Ram, and the last one is Dove (all (c) The Andy Warhol Foundation for the Visual Arts / Corbis / Artists Rights Society (ARS), New York / DACS, London 2011).

So if you want to invest that spare few hundred thousand that you've got lying about, there are worse places to put it that on your wall in the form of an Andy Warhol print (but it has to be the real thing...).