I'm now (hopefully) on the last leg of work for the big consignment to London.

Here's a couple of new paintings.

The first is a night scene along the Thames of Tower Bridge - it was freezing, but the water was glittering and there was a moon shining. 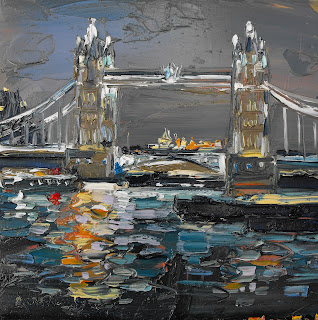 
The next is a big contrast,  a big, bright,  expansive view out to the Hebrides from the beaches at Morar.  Quite a contrast to urban London.  However, I want my solo show to have lots of contrasts and surprises, as well as the familiar.

All the paintings are fuelled by this.  Well, you've got to have some motivation. 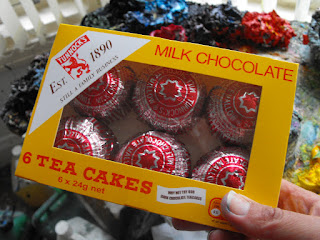 People of the world, if you've never had one, you're missing out.  I'm sure many artistic tragedies and mishaps would have been avoided if temperamental artists throughout history had just sat down with a cup of tea, cracked open a nice box of teacakes, and had a bit of a sugar rush in the afternoon. 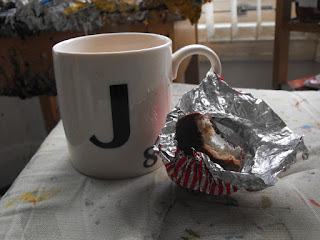