Now that my consignment of work has arrived safely in London ready for the start of the 2013 art fairs and my February solo show, it's time to wind things down in the studio.

It's been another very busy year, and although I don't show with many galleries, there's a constant demand for work and a yearly programme of events to enter submissions for.  This means that there is also a constant programme of work at different stages.  Organising each consignment of paintings is like doing a giant jigsaw puzzle, and you have to keep your eye on all of the pieces.

For example, for my London solo show in February 2013, I started doing the preparatory work in spring 2012, pencilling in site visits to locations that I wanted to work in throughout the year.  These included Morar in May, the Peak District and Northern Ireland in summer, and London at the beginning of winter.  I wanted a mixture of different landscapes to play off each other, different seasons, different moods,  some familiar scenes, but also some rather different.

The preparatory work involved taking thousands of photographs.  I then review these on the computer, selecting those that jump out at me as really capturing the feeling of what it was like to be in the landscape on that particular day. 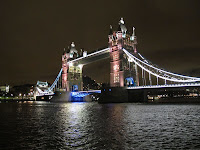 I then compile a short list of images, and print them out.  I draw up a plan of the number and range of sizes of paintings for the show, and looking at the shortlist of photographs, think about which image is best expressed on which sized canvas.

When you're dealing with oil paintings which take a long time to cure, you have to plan well in advance, and keep your eye on the whole.  The canvasses were ordered over the summer, and the bespoke frames ordered in August. It's also really important to keep good records of everything, as un-bohemian as that sounds.  All the paintings needs to have photographic records, and all the frames at the frame workshop need to match up with the paintings in the studio.

Then it's just a matter of painting the pictures!

Whilst I'm painting the show, all of the work is set around the studio, so that I can keep in mind the 'tone' of the exhibition, and relate the work to each other.  Just as there are contrasts within each painting which make them work, so there are contrasts between the paintings in the show which (hopefully) makes the impact of the exhibition greater than the sum of its parts.

It's something that I think very carefully about, even though as soon as the show finishes, those paintings will never be seen together again as a collection.  Each solo show is therefore a very unique moment, so it's a huge event in the year to aim for.

I'm really looking forward to seeing the catalogue for the solo show and the paintings finally in the gallery, as they always look quite different to how they were when I last saw them in the studio.  When you see them beautifully finished in their frames hanging on the walls in the gallery, after having lived with them for months in the studio, you have to give up your emotional attachment to them as you know they're going off somewhere else and you won't see them again.  It's quite a moment. 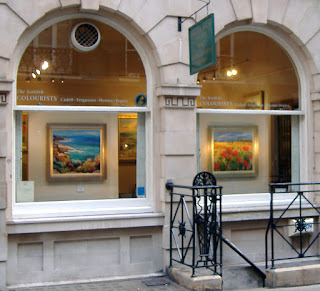 The show opens on 14th February at Duncan R Miller Fine Arts, so if you'd like to come along, drop me a line and I'll send you an invite!
Posted by Judith at 02:49