And the Answer Is...

Well, hardly any point in saying, since it was guessed in about three minutes flat!

However, for those of you who didn't get it, the artist who drew this.... 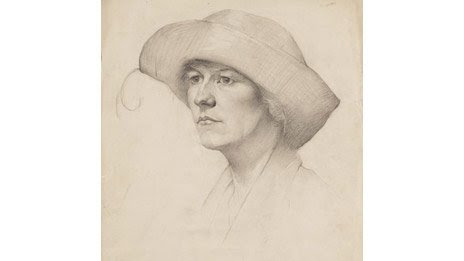 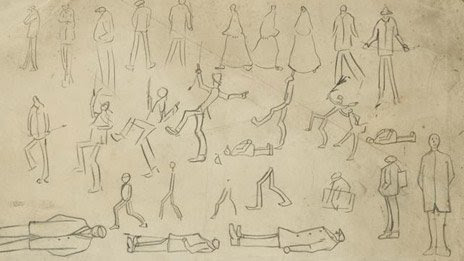 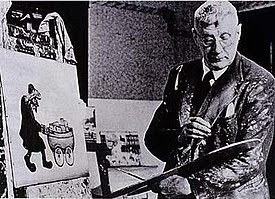 
There's a new exhibition opening in Salford called 'Unseen Lowry', which displays over 100 previously unseen drawings, sketches and paintings by the artist.  It opens on 22 June, and is meant to show facets of the artist's character and painting style that have been previously overlooked.  There is also to be a major London exhibition at Tate Britain.

Lowry is of course characterised as the simple man who painted honest, hardworking people in a naive style.  However, his style developed from his art school training in formal Edwardian methods, as shown in the portrait head of the woman at the top of the blog, to a more naive style.  It then later developed, claims the BBC article here, to become more obsessional and sexualised - more Matchstalk-Girls-In-Matchstalk-Corsets-and-High-Heels. 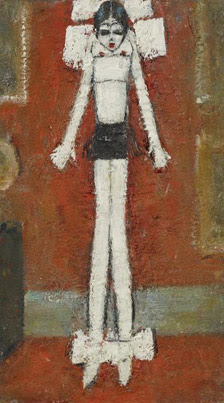 L S Lowry: Girl in Bows in a Formal Interior


(I guess talking up the 'sexualised' content of your art show won't harm visitor numbers.)

Lowry himself was a man full of contradictions, a mischevious person who liked to obfuscate and misdirect, and generally tinker with the truth for his own amusement.  (It doesn't sound like there was much amusement in his life, though.)

Born in 1887 in Stretford, it was a difficult birth.  Lowry was the only son, and his mother never took to him, it seems, but he was desperate to please her.  She later ruled his life when she took to her bed, devastated by the change in family fortunes which meant they had to move down the social scale from leafy Victoria Park to grimy Pendlebury.  However, it was the making of him artistically.

In 1905 he began evening classes in antique and freehand drawing at the Manchester Academy of Fine Art and at Salford Royal Technical College. Records show him still attending classes in the 1920s. He studied under the French Impressionist Valette - here's one of Valette's pictures, painted at the same time that Lowry was studying. 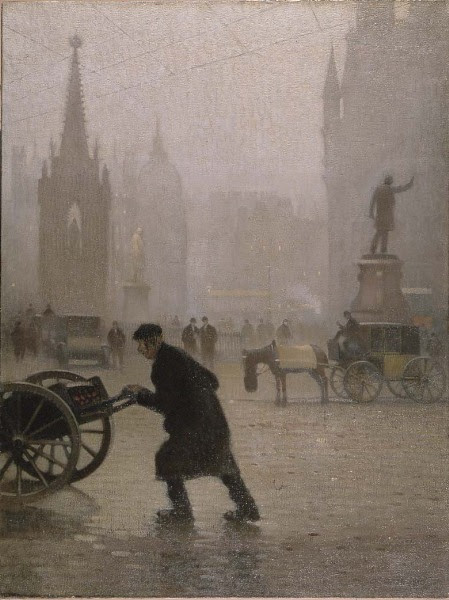 
Lowry worked as a rent collector (something he didn't like to boast about), and observed the life in the streets and factories as he moved around the city doing his job.  He made on-the-spot sketches and drawings on scraps of paper, and then at home he worked up the paintings, using a white ground which he had left to go a creamy colour.  This made for the stark, industrial effect that he was after.  When he holidayed alone, he would sit in the corner of the dining room in hotels, sketching other diners and their families on the back of old envelopes, serviettes or tickets (such sketches are now worth thousands).

His pallette was very limited.  "I am a simple man" he said, "and I use simple materials: ivory, black, vermilion, Prussian blue, yellow ochre, flake white and no medium (e.g. linseed oil)."

So that's these colours..

plus a creamy off-white, a white and black.

"That's all I've ever used in my paintings." said Lowry,  "I like oils... I like a medium you can work into over a period of time".  He not only used both ends of his paintbrush in the work, scratching into the paint surface, or scoring it with sticks or nails, but he also used his fingers to apply the paint.

In 1932, his father died, and Lowry was at the beck and call of his bedbound mother.  He could only paint when she was asleep.  He was depressed and isolated.

She died in 1939 just as Lowry had his first London exhibition and began to be successful - although it is often said that he also derided for being just a 'Sunday' or hobby painter.  However, Salford Museum & Art Gallery had begun collecting the artist's work in 1936, work which now forms the core of its collection in the building which today bears the artist's name and celebrates his art.  Lowry also became an official war artist in 1943, was awarded an honorary Master of Arts degree from the University of Manchester in 1945, and in 1953 he was appointed Official Artist at the Coronation.


By the 1950s, he was quite famous, and grew tired and irritated by people approaching him or visiting his house. There is a story that he kept a suitcase by the front door so that he could pretend that he was just leaving for the station, should someone call. He lived alone in a house was filled with clocks set at different times, and was secretive and mischevious, telling tall stories and anecdotes.

He presented himself as a 'simple man', but owned works by Dante Gabriel Rosetti, and was up to date with all the latest in contemporary art (though he didn't understand Francis Bacon). He was alone, and seems to have been shy and have had difficulty with social interaction, but also had many friends, some of whom he was close to and supportive of all his life.  He was called a 'Sunday painter', but had a professional passion for his work, and was lauded and recognised in his lifetime; a man who wanted to present himself as open and  'simple', but who was complex and quite dark and repressed.

He was full of contradictions, with as many layers as his paintings sometimes contained. 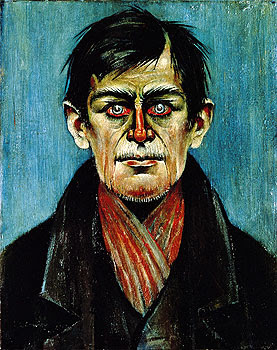 
He retired from rent collecting in 1952, and died of pneumonia aged 88 in 1976.  He had been heaped with honours and recognition, and now has a huge arts centre dedicated to his work. 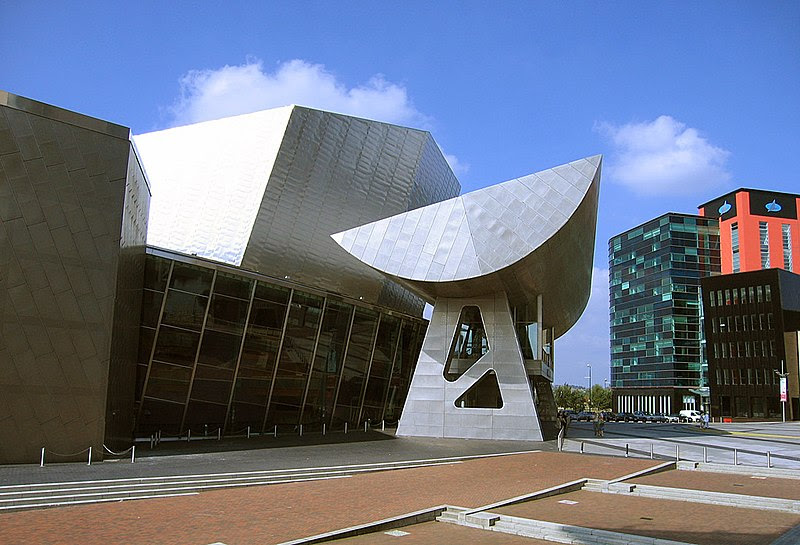 In June, both the Lowry and Tate Britain will add to the list of recognition with their major exhibitions, no doubt to huge public interest.

READ MY OTHER POST ABOUT LOWRY,  LOWRY ON THE RADIO.