Shipbuilding on the Clyde at the Maclaurin Open Fine Art Exhibition

I was over in Ayr at the weekend to see my paintings which are currently on show in the Maclaurin Open Fine Art Exhibition.

Rozelle House, where the exhibition is hosted, is set in the middle of a fine park, which at this time of year is full of lovely rhododendrons and azaleas in full bloom.

It's a really good show, selected from entries from all over Scotland.  Here's my painting, and I was really pleased to see that it's in 'pride of place', with a really good position on the end wall, so you see it as soon as you go in. 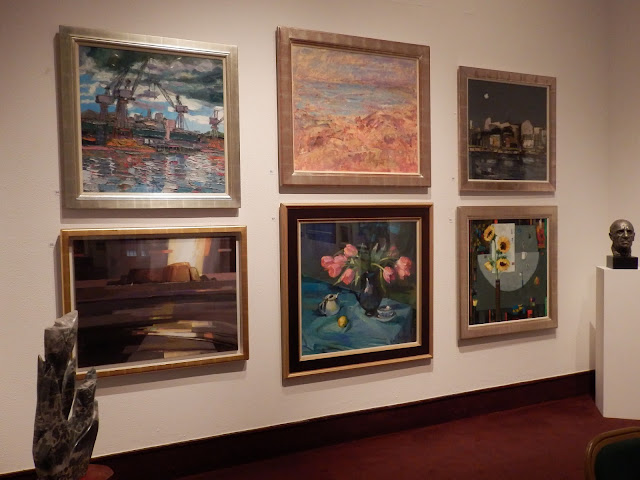 The painting is "Shipbuilding on the Clyde", and was taken from a viewpoint at the back of my friend Matt's house. 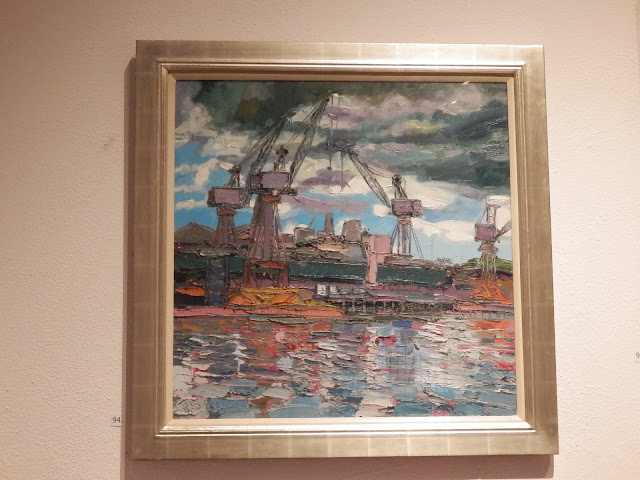 The ship featured is of special significance, as it is the Type 45 Destroyer HMS Duncan, built at BAE Systems, Govan, and the last to be built and launched down the slipway on the Clyde.  So it's a pretty special ship, and rather sad. 
Read an article about the launch here.

I remember being taken to see the launch of the QE2 on the Clyde in 1967.  I wasn't entirely clear what was going on, but I'd never seen such a vast crowd of people.

If you'd like to read about the launch or anything else about the QE2, one of the truly great Clyde-built ships, then there's a whole load of really interesting information and photos (including ones of her at present in Dubai) on my friend Rob's website The QE2 Story.

You can see my painting in the Maclaurin exhibition until the 7th of July.
Posted by Judith at 02:42