I think you'll agree that nothing says 'Weymouth' more than a figure of Andy Murray made out of sand. 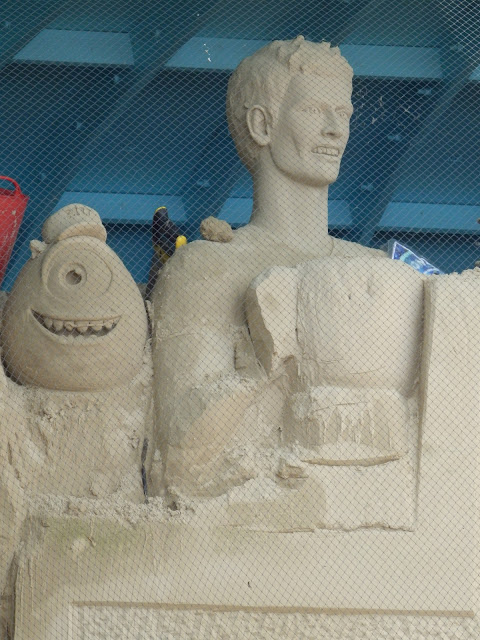 He's the one on the right. 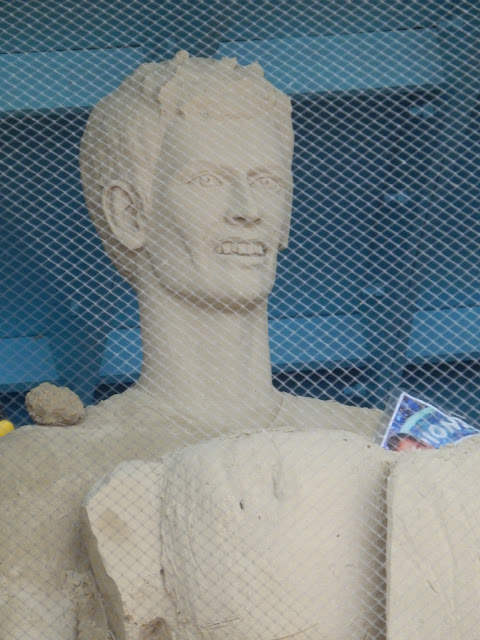 Or at least I think he is.

If you dare, let's take a closer look.  Deep breath.. 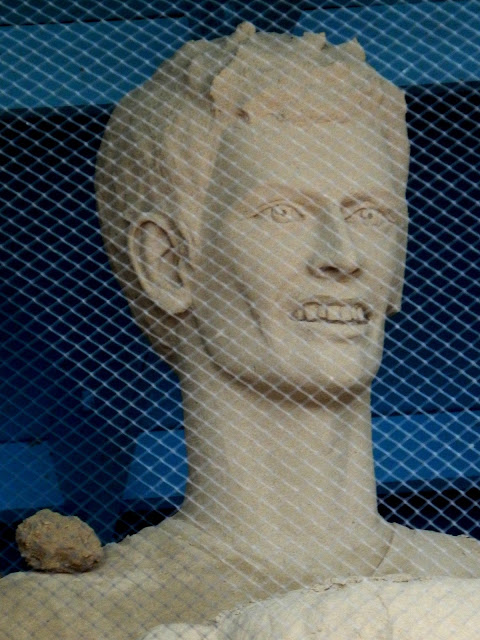 And look - that's not a chip on his shoulder - it's the whole potato!!!

The theme for this sand-based extravaganza on the Dorset seafront was apparently 'Space Aliens' - which doesn't really explain Andy's presence.

Actually, no, let's look at the image again - yes it it does.

Well, it's a touching tribute all the same.

If only I was there this week.   Andy may have been returned to his constituent parts and crafted into someone else.  Perhaps Tour de France winner Chris Froome.  Or Kate, Wills and George.  Who haven't won anything, but are jolly super and are making us feel lovely.