I was at the Showroom Cinema in Sheffield on Saturday, to see the new Mike Leigh film Mr Turner.  It's had fantastic reviews, so I was really looking forward to it.  It stars Timothy Spall as legendary artist Joseph Mallord William Turner.

Here's the man himself. 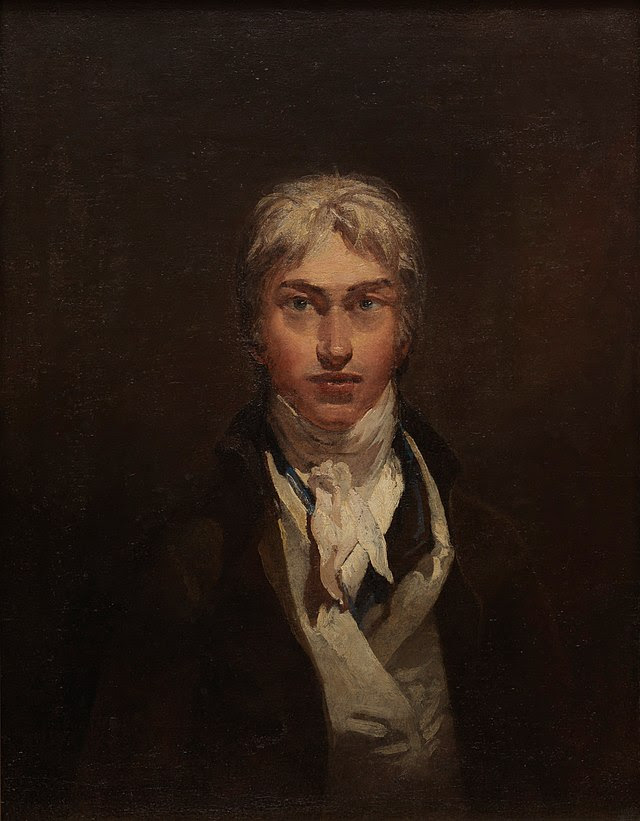 and here's Timothy Spall as JMW.

The audience at this showing were all 'couples of a certain age', and during the two and a half hours of the film, the husbands fidgeted and rustled interminable quantities of toffees before falling into Werther-induced slumbers.

Now, Turner was famous for wild, impressionistic avant-garde forces-of-nature-painted-by-a-force-of-nature pictures such as these 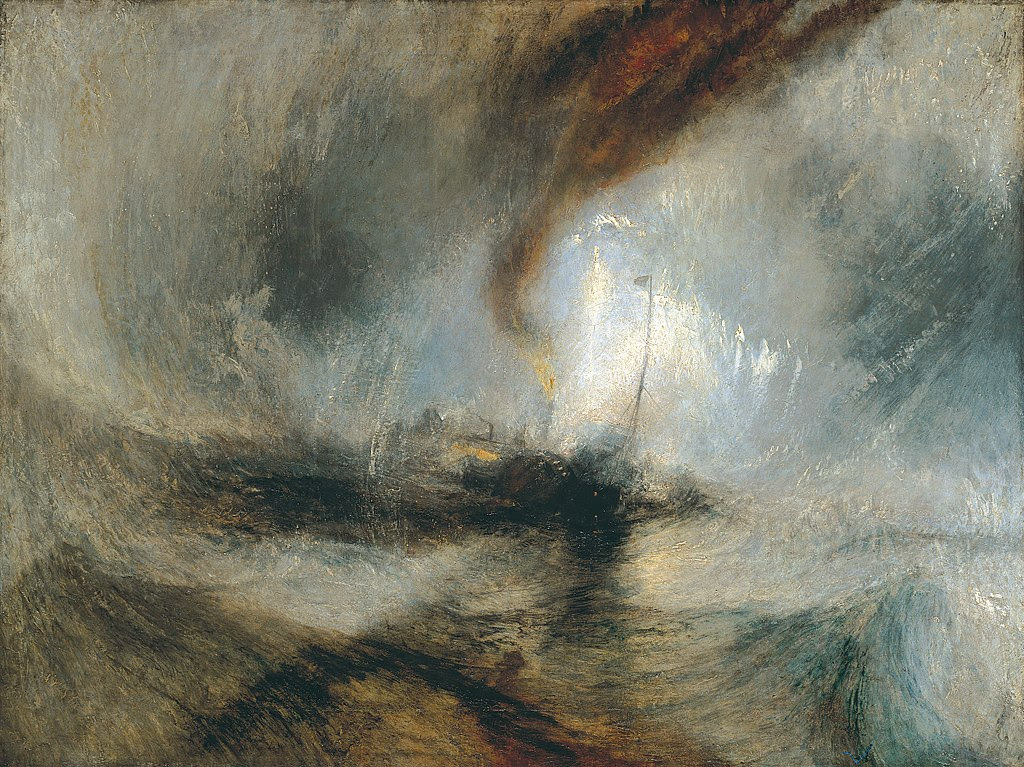 
He is shown striding through a sun-soaked landscape, sketching en plein air, or tied to the mast of a ship in a possessed manner, and spitting upon, rubbing, smudging, and throwing paint onto canvas in paroxysms of creativity.  He is also, early on, shown scrubbing yellow paint into his watercolour paper - which made me sit up in my seat, as I thought that Turner in fact dipped his papers into buckets of various pigments in order to dye the sheets and work on several at once (on his death, he left over 20,000 drawings and watercolours to the nation).  This surprised me, considering that there was such incredible minute attention to the detail of the film (dead bluebottles were hand-made, a pigs head had the bristles painstakingly replaced, as you can't buy pigs heads from butchers with the bristles any more - this was for a scene where the pig was shaved to take the bristles off again for brushes...).


It's quite an odd film, the antithesis of a Hollywood special effects blockbuster (in fact, it was budgetary constraints which meant that two of the films key scenes in Turner's artistic life could not be filmed - the burning of the Houses of Parliament and his trip to Venice).

It's a film which dares to take its time in order to tell a tale of duality and multiplicity.  Even Turner himself goes by a number of different names depending on who he's with and what version of the story he is telling about himself.

It's a film about one of the world's most extraordinary genius's (one who is simultaneously lionised and ridiculed by society), but it's also about grindingly ordinary people.  It's about the problem of making external the internal, both in terms of art and life. There's no plot.  Stuff just happens.  Nothing is overtly explained.  Things are hinted at.  Emotions are withheld, or explode.  It's like the paintings themselves, where objects are indistinct, the sense of the piece is suggested by a swirling fury of mark-making or suffused in a calm glow.  Nothing in either film or painting is spelt out, but it's there to be found.  Perhaps.


Timothy Spall's is a totally convincing performance, as gravy-boat faced harrumphing sex-pest genius, selfishly at the centre of his own drama, stomping through the film refusing to be conventional or to compromise, painting eternity on the brink of modernity, and leaving an everyday trail of women washed up in his wake, like so many Fighting Temeraires being dragged to their last berth to be broken up.

His housemaid, whom he sexually exploits and takes for granted, ends up a lonely spinster entombed in a crumbling house and a broken body, having devoted her life to him;

his shrewish wife is abandoned, his daughters are ignored (although there is a brilliant scene when he is told of the death of his daughter, and the only signal of his internal conflict is shown by Spall's hands).

He lives at a secret address with widow Mrs Booth, a surrogate mother figure, but it is all cloak and dagger. 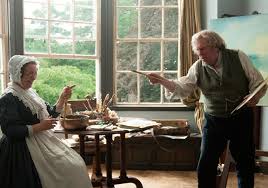 It's difficult to see the attractiveness of a man so emotionally juvenile, retentive and selfish in his relationships, but who pours all his heightened inner perceptions into his work.  He communicates through paint rather than words.

Spall convinces totally as the painter, but I'd have liked to have seen more of the work, more of his relationship with the prudish Constable, and perhaps more of just how exactly he came to be such so convention-defying. What was the catalyst for his anti-authoritarian mould-breaking attitude?  Just sheer bloody-mindedness?

And what are his final words as he lies on his deathbed with the ever-attentive Mrs Booth?  I love you?  Nope.  "The Sun is God!" he shrieks. Which sort of sums it up.  In Turner's world the heirarchy is Sun, Interpretor of Sun (Turner), then everyone else.

In many ways, it's a stunning film.  Everyone is totally convincing and spot-on.  It sums up a stifling society of a certain class at a certain era, full of dirt and dust and ennui and trivial inconsequential conversation.  It's a brave film which doesn't spoon-feed the audience.  But it's also a film which is, ultimately,  curiously unengaging and indistinct.

Although as Turner himself famously said , 'Indistinctness is my forte'.