Here's a few photos of drumming legend Carl Palmer doing the opening set at the US tour of the Yestival.  This is the concert at Foxwoods, a giant casino in the middle of a forest in Connecticut.

Carl only got half an hour for his ELP Legacy Band (something he rather pointedly mentioned every time at the end), so his set consisted of only five songs - Hoedown, an ironic burst of Karn Evil 9 ('Welcome back my friends to the show that never ends...'), Knife Edge, Lucky Man, and Fanfare for the Common Man.

During the songs, they played manly clips of daredevil cowboys being thrown from bucking broncos for Hoedown, and manly daredevil men being thrown from motorbikes and speedboats for Knife Edge.  Yes, there was a whole lot of daring manliness going on in Carl's videos.  Mind you, being last man standing out of Emerson, Lake and Palmer is a daring and manly feat in itself.

Anyway, here he is, the man who has found the fount of eternal youth.  He's 67, folks. 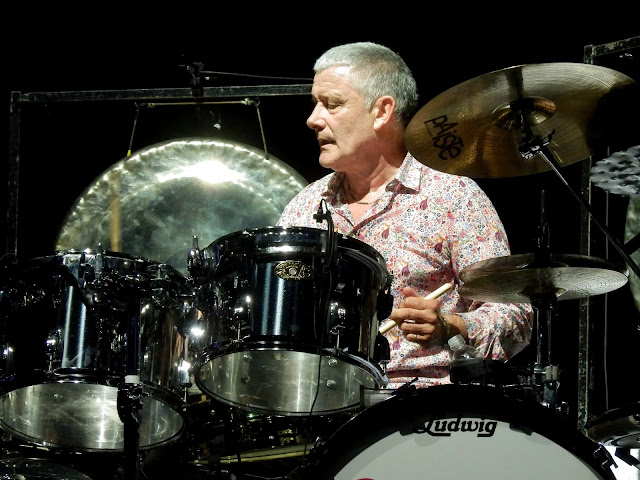 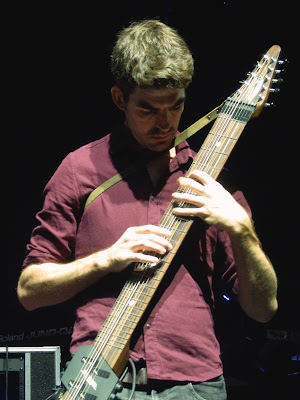 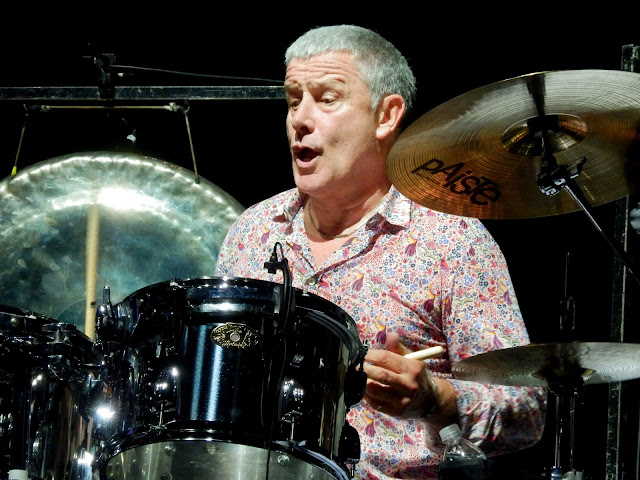 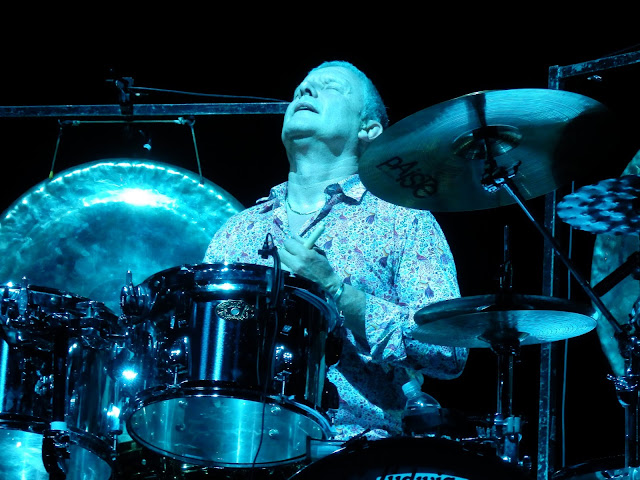 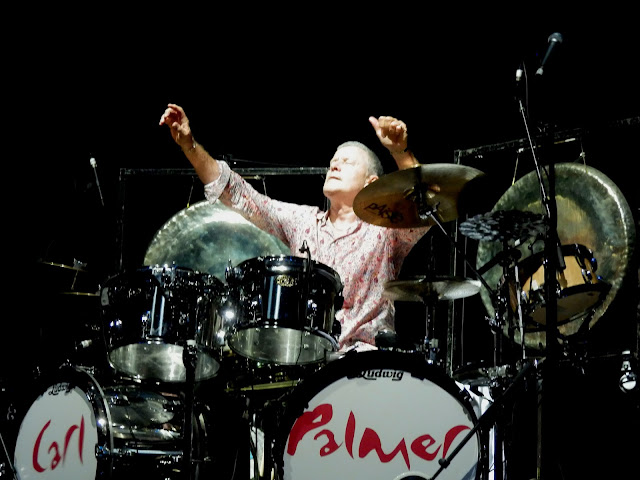 Look, no hands!  Fanfare for the Common Man. 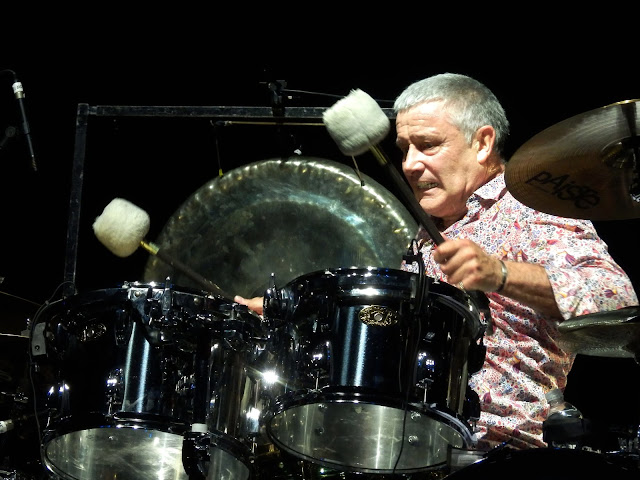 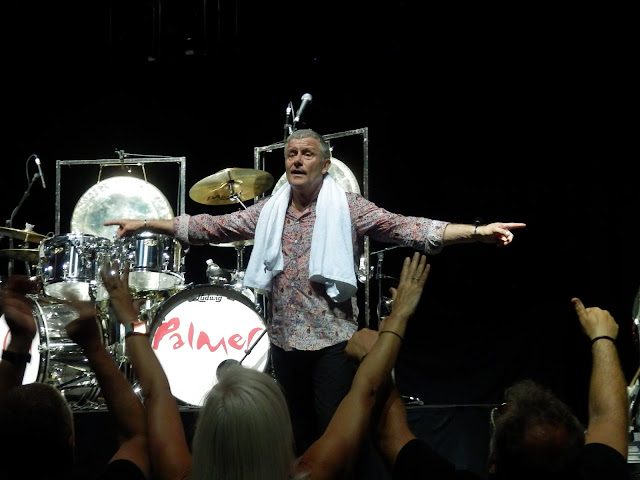 "I'll be back soon and I'll do two hours!" shouted Carl, who had hardly broken sweat.