It was hot in Holmdel.  Very hot.  It's the last night of our three night run of Yestivals.

And here's Carl Palmer, the man whom members of the previous evening's audience were still not convinced was actually alive even after watching him perform for half an hour.  Would he convince them tonight?

Initially though, the audience weren't impressed.  In fact, a lot of them weren't even there. 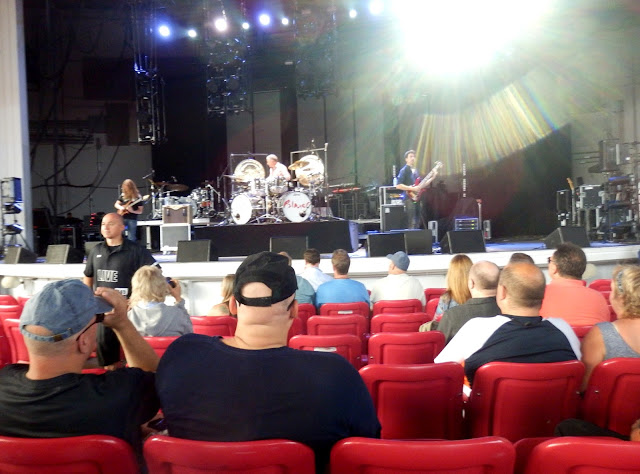 Obviously, Carl would have to up his game.  This was going to be tough. 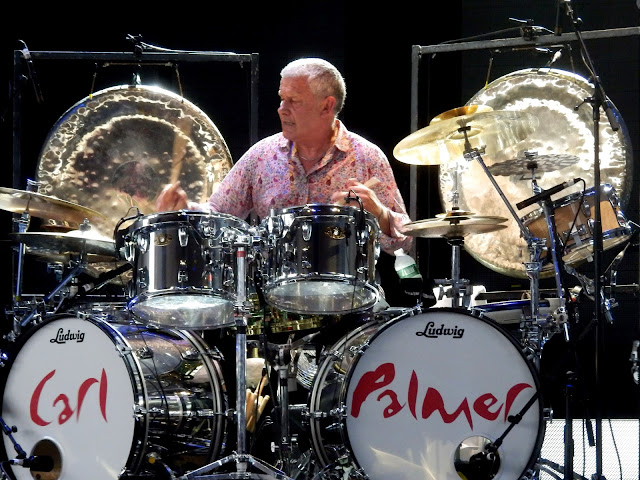 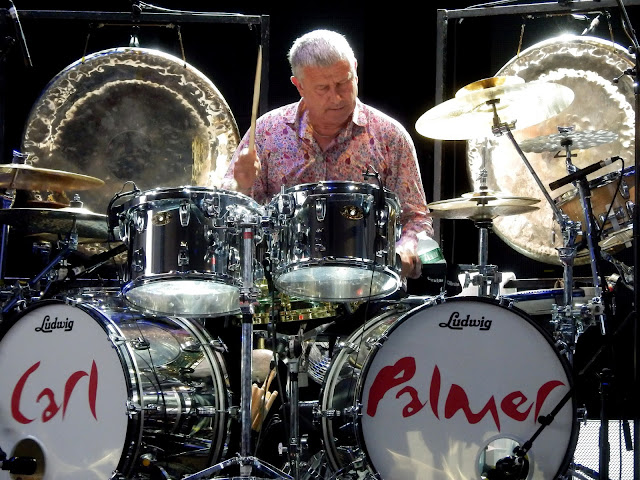 "Are you impressed yet, Holmdel??" 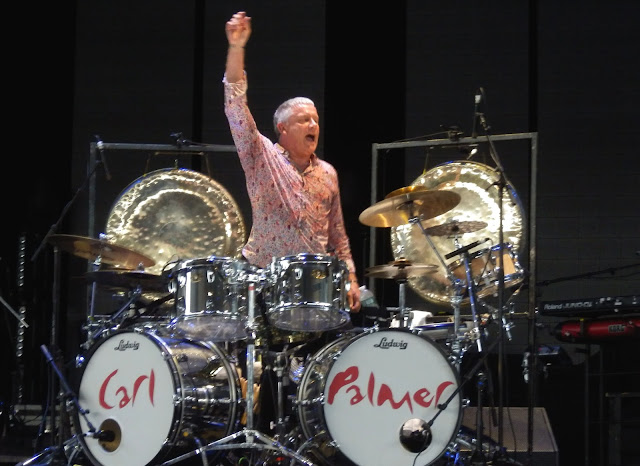 Maybe a pink shirt wasn't such a great idea for hiding the sweatiness. 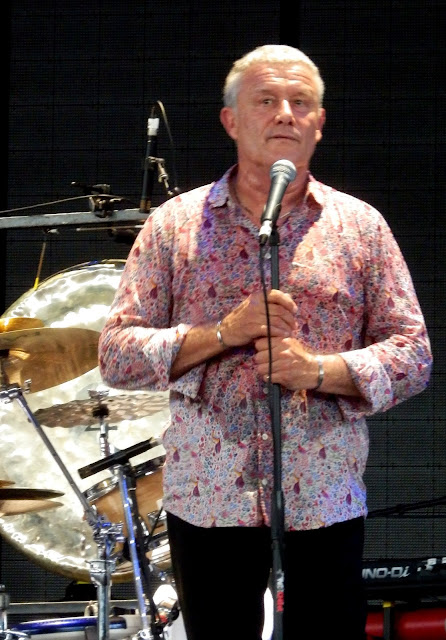 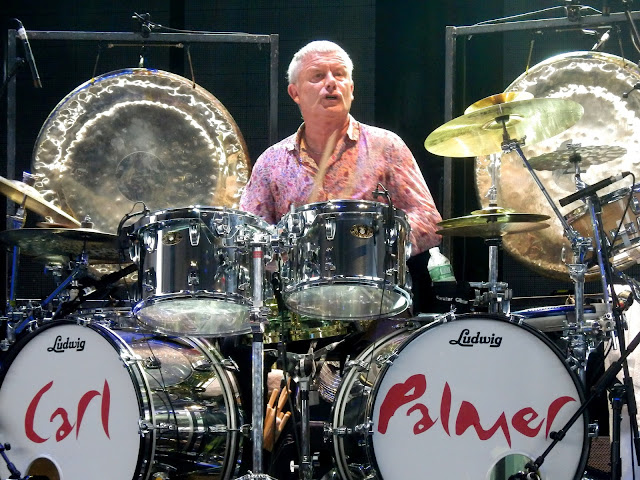 In a final attempt to impress, Carl got out his big furry drum bats during Fanfare for the Common Man, and proceeded to give it laldy on the gongs. 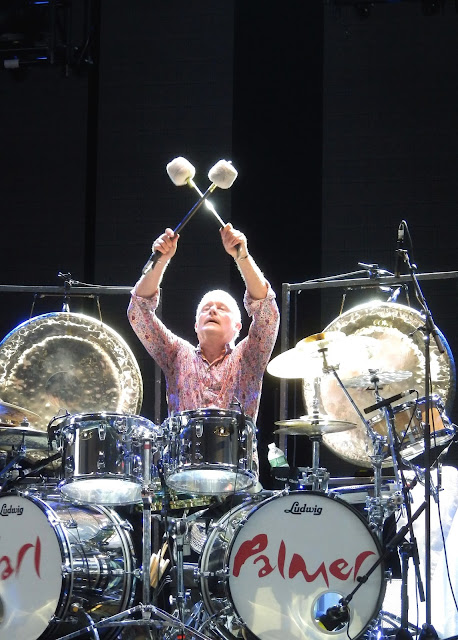 Success!  Gongs well and truly skelped, he chucked his bats over his shoulder. 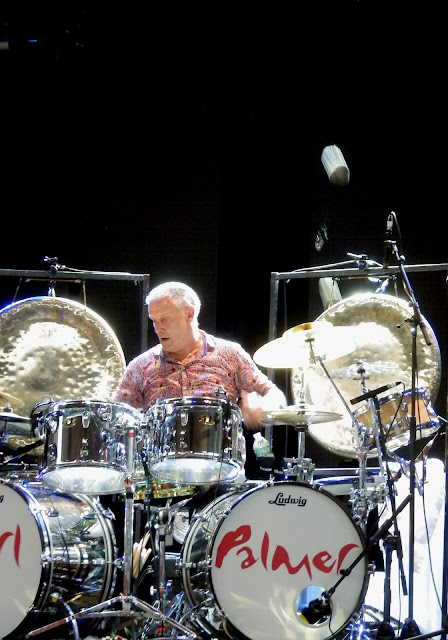