Now, I'd never heard a note of Todd Rundgren before tonight.  In fact, I only knew two things about the man.  One was that he had a band called Utopia, which was kind of proggy.  I knew this because mutual friend and musical motherlode David Coutts had two of their records.  (He even had a Harold Budd record, for goodness sake.  That was really going off piste.)

The second was that a girl in my class at school had 'Todd Rundgren' written on her school bag in huge letters.  This was such an eyebrow-raisingly odd against-the-flow thing to declare forty years ago when the other girls at the time had 'Starsky and Hutch' or 'Bay City Rollers' on theirs, that it really stood out in my memory as a highly individual thing to do.


And that was it.

Now, decades later, in a casino in the middle of a forest in Connecticut, I was settling down to the second act of the Yestival, with absolutely no expectations of a man who I only knew from chalked letters on a school bag.

Mr Rundgren, like the girl in my class all those years ago, turns out to be highly individual as well.  He has a badger-bonce hairdo, sunglasses which never come off, and a pair of Chris Squire's startlingly crotch-revealing Max-Wall-style trousers.  Woah.  He has a large, smart-suited band, two perkily bouncy dancers in rubber mini dresses, and he whirls across the stage belting out a tune called 'Come'.  He has a beautiful tone to his voice, understatingly witty lyrics, and a knowingly self-deprecating air. It's all a strangely uplifting and thrilling experience. 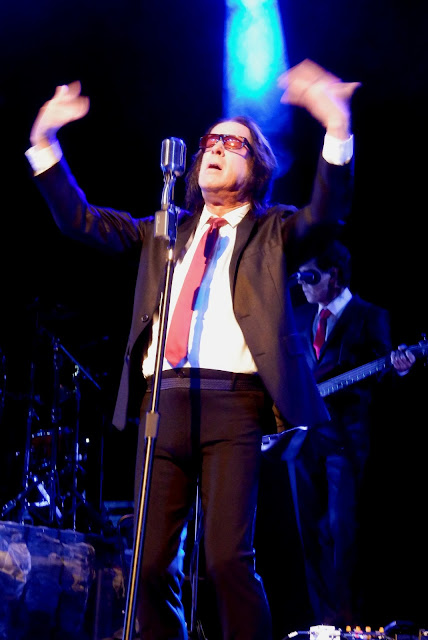 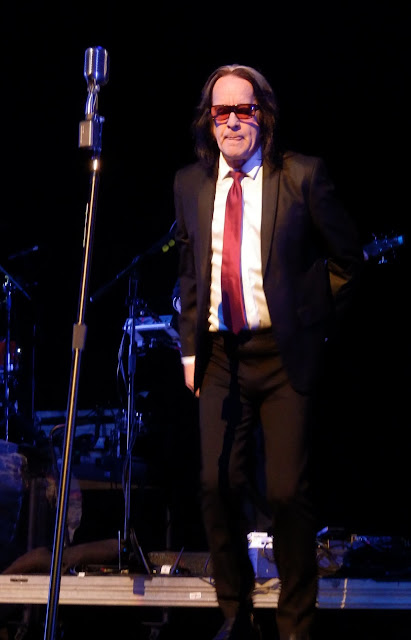 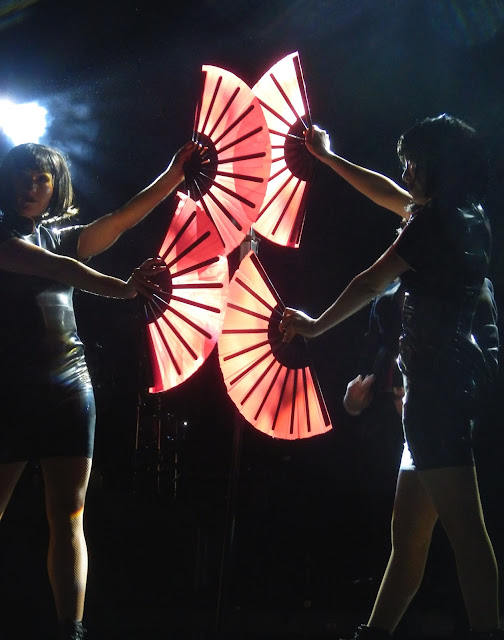 I've no idea how he used to sound when he was younger (he's 69 now), and I've no idea how his songs compare to the prog stuff he previously did, but I could listen to this man all night.  By the end of the set, I feel as if I have.

I'm less keen when he later takes off his suit and straps on a guitar, but nevertheless, the whole set is a revelation.

As for that girl in my class with Todd Rundgren written on her bag - Madam, I salute you. 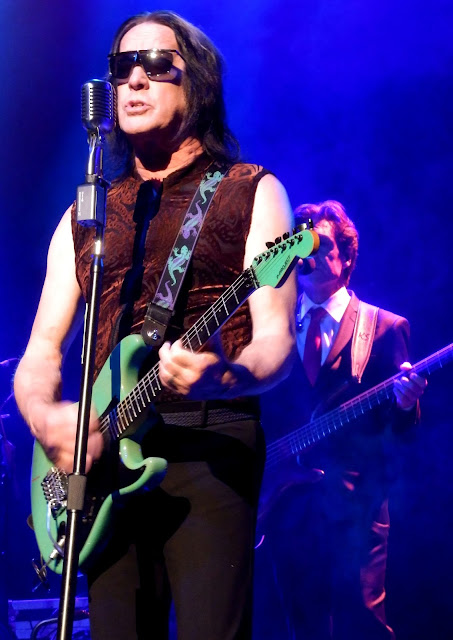