Just to answer a query that I've been asked, all my paintings are done on linen, which is better than cotton in terms of conservation for holding impasto paint.  If you've ever seen my paintings, then you'll know that I love the texture of thick oil paint!

When I first started painting, I used cotton canvasses, which are cheaper.  It's perfectly nice to use as a substrate, and is stretches nicely onto its wooden stretcher.

Here's the back of a canvas showing the wooden stretcher pieces, along with the wooden wedges in the corners.  These triangles of wood are hit with a hammer into the corners, pushing the stretcher bars apart, making the rectangle bigger and so tightening the canvas.

However, this stretchiness means that when you get to the larger sizes, it's less stable.  If you try to get the tension on a large canvas by overstretching it, then it can contract and warp, pulling the wooden stretcher pieces out of true, so that you get a warped painting that doesn't sit flat in the frame.

Just think of how the cotton fabric of an old-fashioned tent sags, flaps, warps and shrinks when it get wets and dries again. 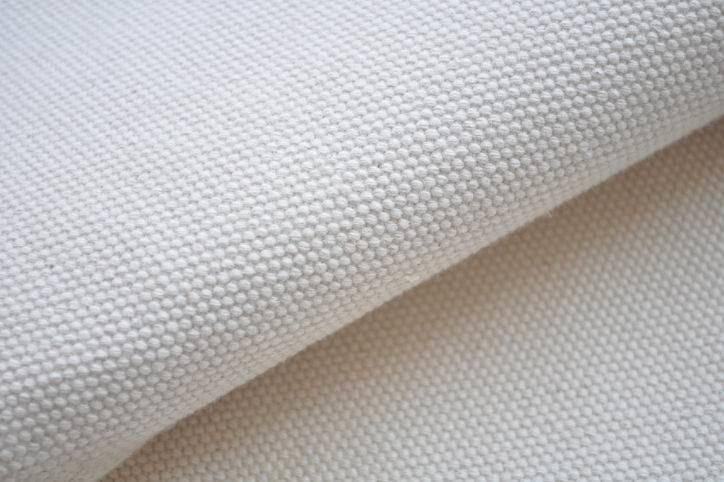 Cotton comes in different weights, but generally isn't as strong as linen.  That's why cotton is sometimes laid down on to a board to make a more firm, strong substrate to paint on.

However cotton is still a great choice for getting the feel of a traditional canvas for a more purse-friendly budget.

However, if you're a professional painter, and especially if you're using thick impasto paint, you have to have an eye on investing in the future of your paintings.  I want my nice thick paint to stay put on the canvas and be enjoyed for many many years to come.  That's why I paint on linen.

Linen is made from the long fibres of the flax plant.  As it's more difficult to manufature, it's more expensive than cotton, but it has a better quality.

The flax fibres have a lovely natural oil within them, which means that the material made from them has a lovely flexibility and strength to it, which keeps its shape when put on a stretcher and doesn't sag when it is loaded with thick paint. 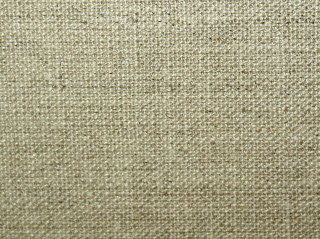 Both cotton and linen should always be primed with size (a rubbery solution traditionally made with rabbit skin glue), which stops oil primers from rotting the fibres.


Linen is also better in terms of conservation because it is more long-lasting and durable, so it is well worth the extra cost involved.  In the end, a professional artist who paints on linen is providing a more future-proofed product for the client.

Now, Van Gogh and Gauguin painted a whole series of paintings during their time at the Yellow House in Arles in 1888, on canvasses cut from a very rough roll of jute which Gauguin brought with him.  So not all artists paint on linen. 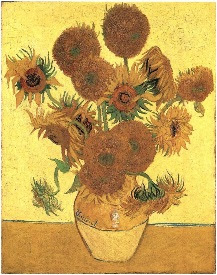 
And priming a canvas for longevity wasn't something which an artist like Francis Bacon listened to - he painted on the unprimed backs of his canvasses, which he knew would cause them to rot and decay.  But that process of decay, and of chopping up, slashing and butchering his canvasses, was something that he used as an expressive part of his art which was integral to the meaning.  A Bacon is, however, a conservationist's nightmare...

The main thing is to be informed, and to make your choice to suit your art.