I was down in Eastbourne at the weekend, and of course, was down on the beach taking a whole load of photographs of the pier, one of my favourite subjects for painting.

It just so happened that my visit coincided with the dramatically monikered "Storm St Jude", a light draft which was causing trains in south-east England to be cancelled and the Gatwick Express to throw in the towel before any leaves had even thought about falling on the line.

There's nothing like anthropomorphizing a bit of breezy weather in order to not only add Drama (with a capital 'D'), but have a culprit to blame ("you and your unnaturally excessive wind, St Jude!!").

Living in Scotland, I can't say I was too impressed by what the BBC was calling 'storm force winds battering the UK'.  For a start, it wasn't the UK, it was just the south of England, and it was perfectly normal for the season.  The transition between autumn and winter brings strong winds, which naturally bring down dead wood and old trees.  It's cleansing.

Anyway, here's a few photos of those cataclysmic conditions. 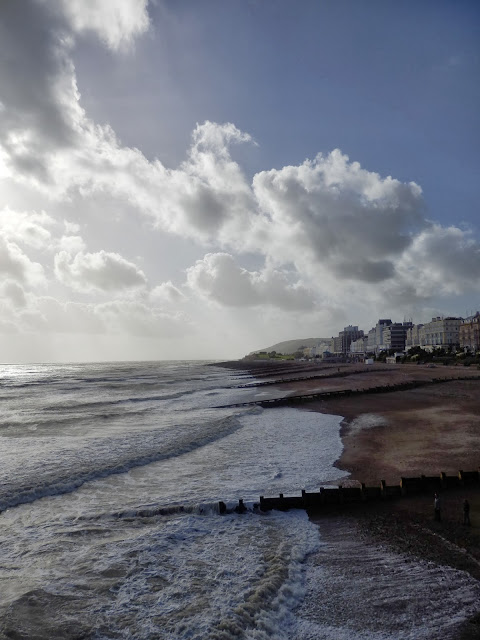 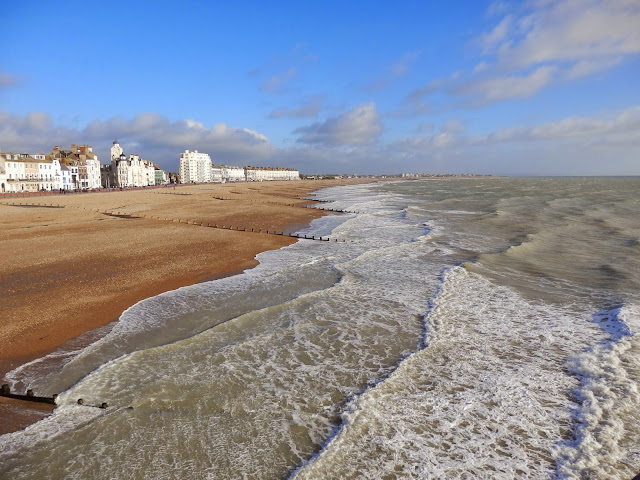 Looking from the pier on the other side, along the beach towards Bexhill on Sea.  Yes, those are blue skies.  Lovely October day, if a little breezy. 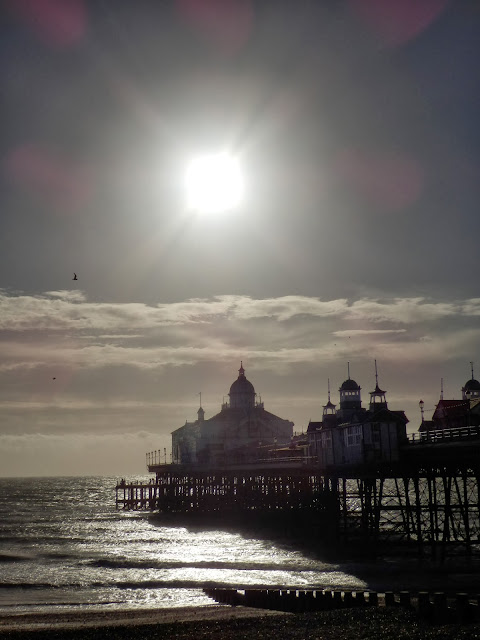 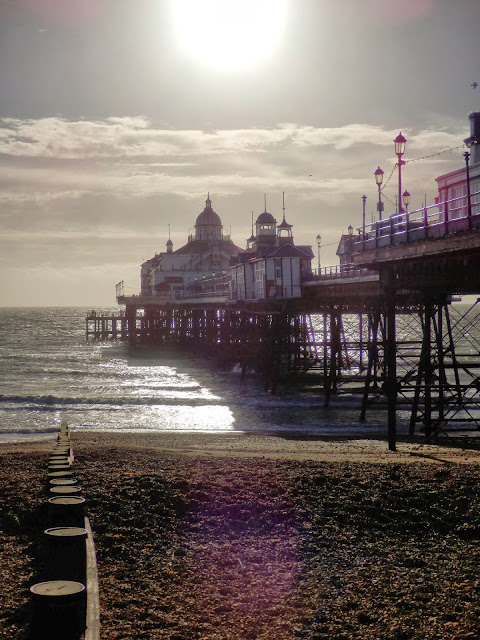 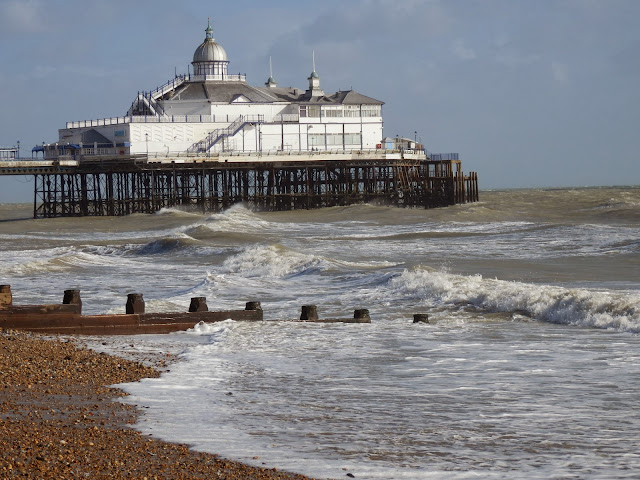 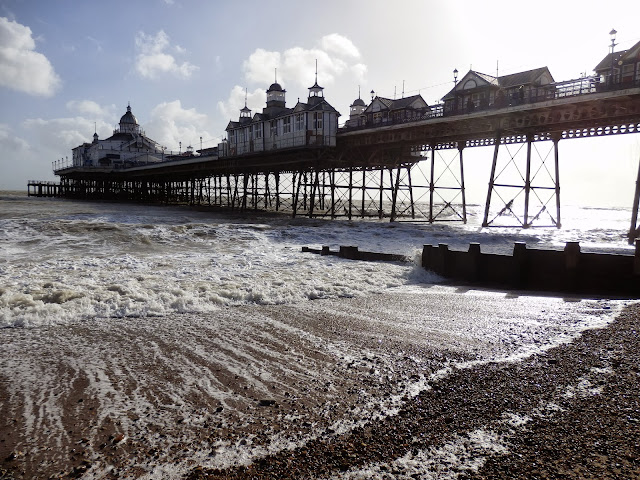 These will be in paintings and drawings near you next year!