I Know What I Like - Steve Hackett in Sheffield

I was in Sheffield last night to see Steve Hackett and his band on the last UK leg of their 'Genesis Revisited' Tour.  I saw them earlier in the year at London, Glasgow and Liverpool, and I certainly wasn't going to miss the chance to see the show again. 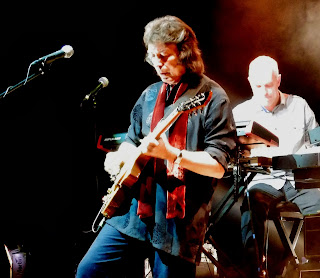 He's worn a whole lot better than Peter Gabriel, whom I saw last week at the Hydro, in a thoroughly soulless performance in a venue with less leg-room than a Ryanair flight.

So thank goodness for the rebooted, life-affirming energy of Mr Hackett and his band, which contains the lovely Lee Pomeroy (ex-Archive) on bass. 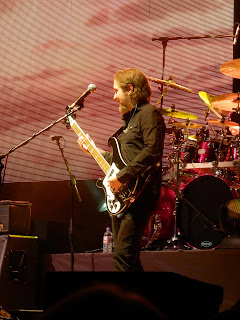 The bluff, gruff audience last night at the Sheffield City Hall seemed a little nonplussed by singer Nad Sylvan (all flowing blonde hair and frilly shirts), but approved of his Gabriel-like delivery and enunciation (despite being Swedish). 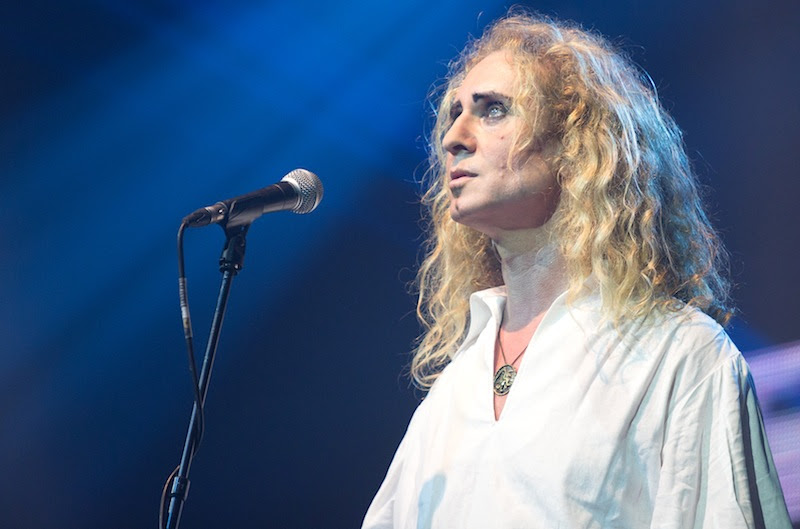 They also appreciated his props and theatricals, which captured the essence of an early Genesis performance without being all Musical Box.

(For the uninitiated, The Musical Box are a group who exactly recreate early Genesis shows; sets, costumes, songs, the bits between songs, right down to the last detail.  If Peter Gabriel blinked on stage back in 1972, then that's what goes into The Musical Box performance.  My son is still a bit freaked out by Denis Gagné's Cosmic Lawnmower impersonation


- or it could just have been the sight of a slightly podgy French Canadian chap squeezed into Peter Gabriel's unforgiving 1970s black catsuit.  But I digress.)

Those of us who go to multiple Hackett shows were rewarded last night with a slightly different set, including a quick toot on the flute from Steve's brother, John Hackett, and a storming guitar solo at the end of Supper's Ready. 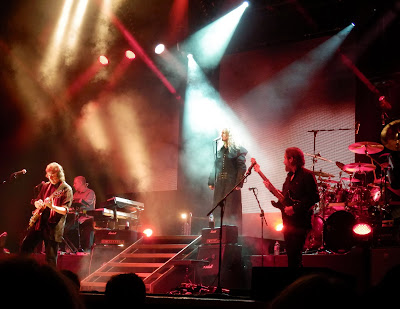 Here's a video of Fly on a Windshield/Broadway Melody of 1974,  which was recorded by the guy sitting just along from me.  And here's Watcher of the Skies recorded from the centre of the stalls. 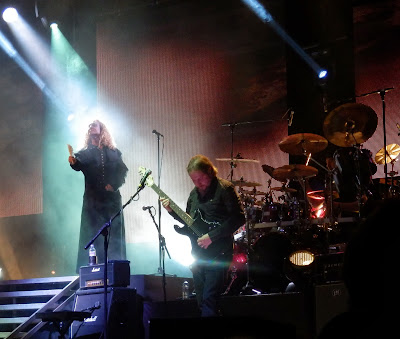 Although the songs are forty years old, they're not performed as tributes or pastiches, but as incredibly emotional and visceral pieces.  They rock.

When I saw the tour at the Hammersmith Odeon in May, despite sitting right at the back, there was a crackling energy to the whole performance, which was extremely intense and emotional.

I can't put my finger on just why it was so intense and emotional - perhaps it was because there was a real sense that it was something special (with lots of surprise guests - see Nik Kershaw singing The Lamia ), or because the music is very lyrical and bound up with a sense of the past - but even the silences were full of the sense of the audience collectively holding their breath in anticipation.

It has to be one of the best concerts I've ever seen. 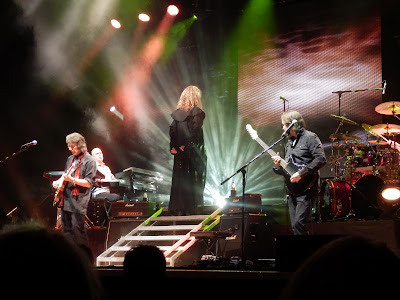