Well, I couldn't let today go by without mentioning the 50th anniversary of Doctor Who, which is being billed by the BBC as reflecting all our social history, forming the golden casket of all our collective childhoods, and generally being the most wonderful thing ever to happen on television ever (even when they cancelled it for years).

Here's the original, Doctor I M Foreman* himself, William Hartnell, in the first series with grandaughter Susan (second left) and companions Ian and Barbara. 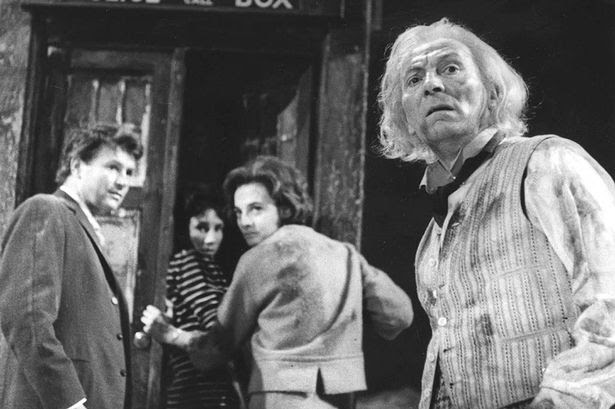 Whatever happened to Susan...?

Anyway, last night there was a programme about the genesis of the programme, called An Adventure in Time and Space.  Written by Mark Gatiss in his usual somewhat self-indulgent style, it told the story of how Doctor Who came to be made as a children's programme for the BBC back in the wibbly-wobbly black and white days of 1963 (and unfortunately screened for the first time on the same day as President Kennedy was assassinated). 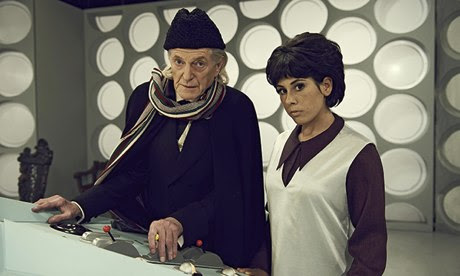 It didn't make any huge revelations, and was typically Gatiss-moist-eyed about the nostalgia of BBC as a creative powerhouse.  There were a number of lingering shots of the round architectural form of Television Centre that made it look like Shakespeare's Globe Theatre.

However, the programme did also show how the BBC (acting as a microcosm for 60s society) was sexist (in its attitude towards female producer Verity Lambert), racist (in its attitudes towards director Waris Hussein), but suprisingly, not ageist.  It put grandfather-figure, William Hartnell, at the centre of its new cutting-edge children's programme.  How's that for a revolutionary forward-thinking idea? 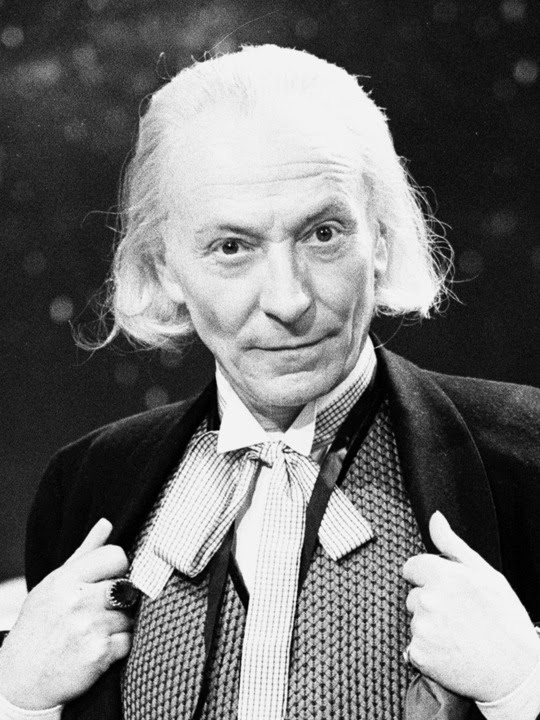 Hartnell was, of course, only 55, but looked 75, and his own complex character and hard-living lifestyle led to crotchety, unpredictable, idiosyncratic behaviour that made him both charming and exasperating.  Perfect as the template for the alien doctor.

However, it also led to an inability to remember lines, which led in a strange way to the longevity and success of the programme - in having to replace Hartnell in 1966, the BBC had to invent one of the core concepts of Doctor Who - that of regeneration.

Thus Doctor Who could continue, rather than just being a footnote in BBC history, and Who could tap in to a whole rich seem of traditional folklore and mythic legends of rebirth and renewal, such as the Green Man and Robin Hood (cf the 80s series Robin of Sherwood, with its change of lead actor).  This mutability means that it can be an ever-changing mirror to reflect and comment on the ever-changing social and political culture in which it exists.

After An Adventure in Space and Time, there was a showing of the first 4 episodes, An Unearthly Child.

I'd never seen them before, and they made for very interesting, if slow-paced viewing.  Originally, there was a continued adventure across several 25-minute episodes, like a serial.  These centred around introducing 15 year old Susan Foreman, her grandfather the Doctor, and Susan's teachers Ian and Barbara.  They all get transported back to prehistoric times and are held captive by a tribe who want them to create fire. 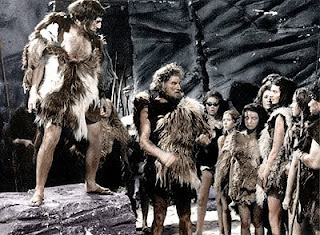 There are some very lengthy discussions about fire, which is seen as a desirable necessity, but also as a threat by some members of the tribe. The holder of the secret of fire is the one who holds the power (fire therefore being a metaphor for the 1962 Cuban Missile Crisis - big topical stuff for young minds). 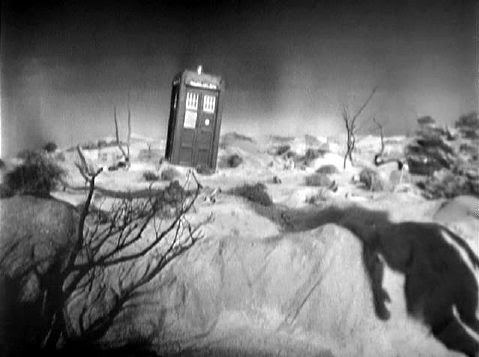 Whilst at times it seemed as though nothing was happening, it was still riveting from an 'I'm actually watching the very first episodes of Doctor Who!!' squee point of view, and also from relief at having plots which were good, plain, involving adventures, not convoluted ego trips for writers (Moffat!! (shakes fist)) .

The best bit was when Ian put his hand on the Tardis, and felt it hum and vibrate.  "It's alive!" he exclaims.  Oh, yes it is.  And that tiny tactile scene and those two words introduced a massive central idea - that the Tardis is a character, but also a metaphor - it's like Spenser's House of Alma in The Faerie Queene.  And it's like all of us, bigger on the inside. 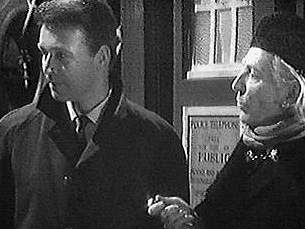 There was also a lovely piece of dialogue from the Doctor to Ian, "If you could touch the alien sand and hear the cries of strange birds and watch them wheel in another sky, would that satisfy you?"  That's poetry.

It was surprisingly violent.  However, the scariness of Doctor Who has been a common thread through several generations of children, who can see their deepest fears and untangeable uncertainties about the world around them displayed on screen in visible, nameable ways - a cyberman, a dalek - and then explore the ways that they can overcome them. The Doctor is worth the monsters.

At one point (episode 4) there is a wrestling scene where two semi-naked cavemen fight together in the firelight.  Which made me wonder was Ken Russell amongst the 10 million viewers in 1963?  Because it reminded me mightily of the firelit wrestling scene in the 1969 film Women in Love between cavemen-like Oliver Reed and hirsute Alan Bates.

Now there's a link I never thought I'd make...

Tomorrow it's The Day of the Doctor.  Most amazing television event ever or huge let-down, like every Who Christmas special since The Christmas Invasion?

* The Tardis is hiding in the junk yard of I M Foreman, 76 Totter's Lane.  Ian then addresses the Doctor as 'Doctor Foreman'.  I M Foreman - I am for man.  Doctor for Man.  The doctor who heals mankind.

The real name of the Doctor is 'hidden in plain sight', and I M Foreman is not only suitably Messianic, but could explain why he's always hanging about planet Earth.  Well, it's as good a theory as any...and by the way yes, I know none of this is actually real.
Posted by Judith at 10:21

Email ThisBlogThis!Share to TwitterShare to FacebookShare to Pinterest
Labels: An Adventure in Time and Space. William Hartnell First Doctor, An Unearthly Child, Doctor Foreman, Doctor Who 50th anniversary, hidden in plain sight, Susan Foreman, Tardis, the name of the Doctor