Today is Armistice Day, and next year will mark the 100th anniversary of the start of the First World War.

Two of my grandfathers fought in World War I, and as I've written about here. my paternal grandfather William survived a gas attack in the trenches in 1916, and went on to work after the War for the Commonwealth War Graves Commission as a monumental mason. 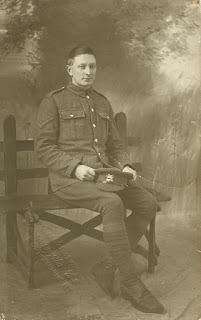 It's quite something to think that someone who is so close to me in terms of family - my grandfather - was born so very long ago - 1887. 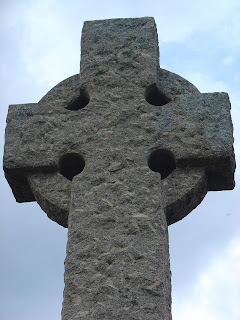 but also carved some of the 54,896 names on the Menin Gate memorial in Ypres, which honours those who were killed, but who have no graves. 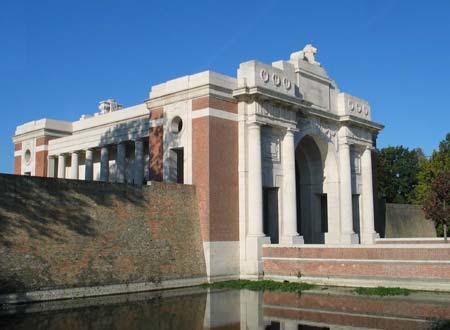 As you can imagine, this would be a very sobering and mentally difficult task for someone who had survived the war, but who had seen all the horror of those friends and comrades who had been killed.  It must have filled him with guilt for surviving, but also with a resentment that his life and creativity was spent tied up with all that death, and that it never went away.  The shadow of the war and its effects (mental and physical) hung over him for the rest of his life.

I am hoping to go with a group of friends to Ypres next year to see the Menin Gate, and also to visit the grave of my great-uncle.
Posted by Judith at 03:50