A Visit to the Lake District

It's officially the first day of spring, so the weather today is distinctly stormy.  But fortunately things were a little better at the weekend.

I was once again down at Derwent Water and Keswick, to take some photos.  I've visited the same spot on the same weekend in March for the last three years now.

It had been rather misty on the way down, but fortunately that cleared and there was a lovely view down the lake (once I'd got past the hoards of hungry swans and insistent geese by the landing stages, who were all demanding to be fed).

Catbells had a beautiful orange hue to it, and there was still some yellow gorse around. 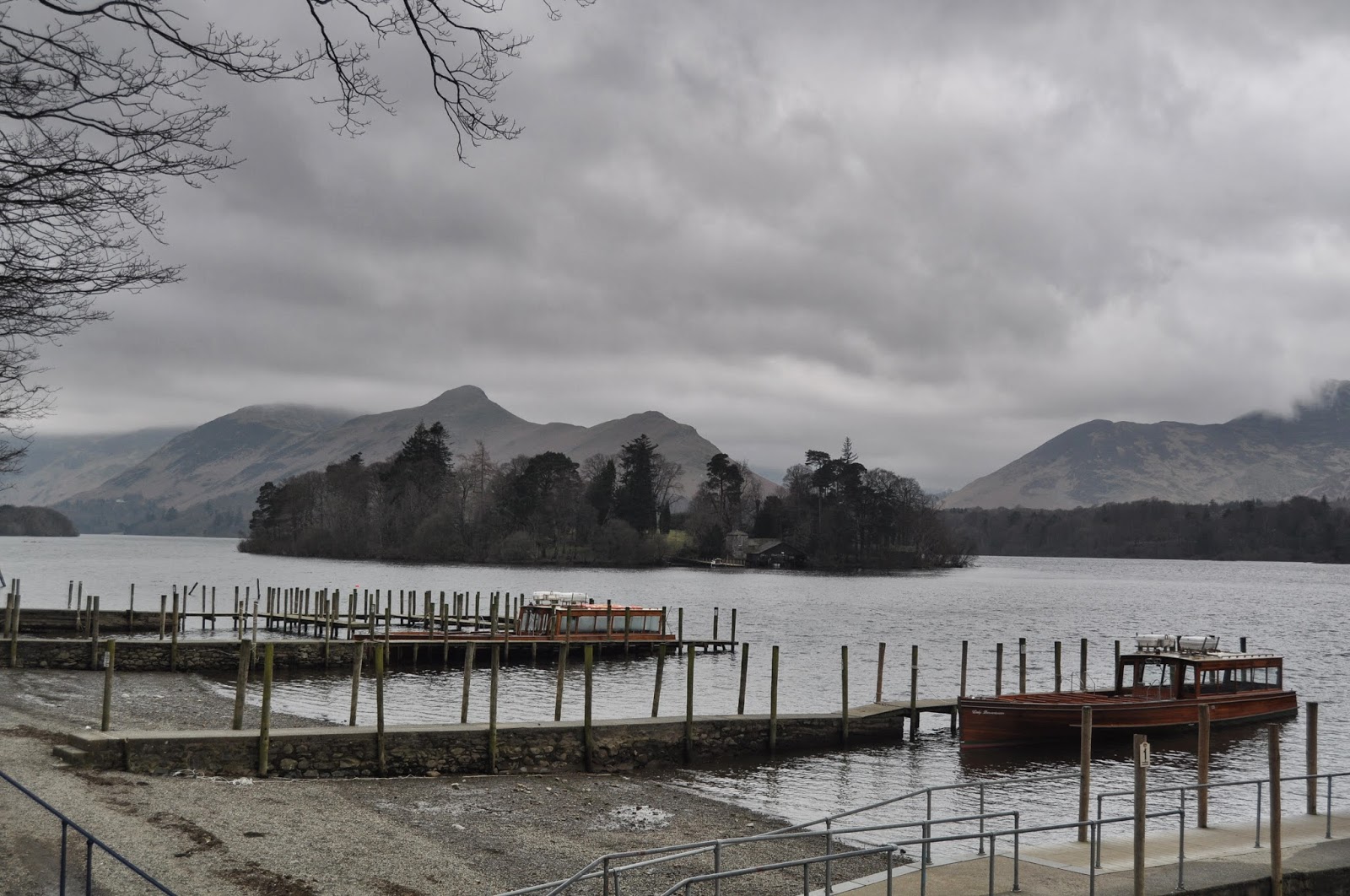 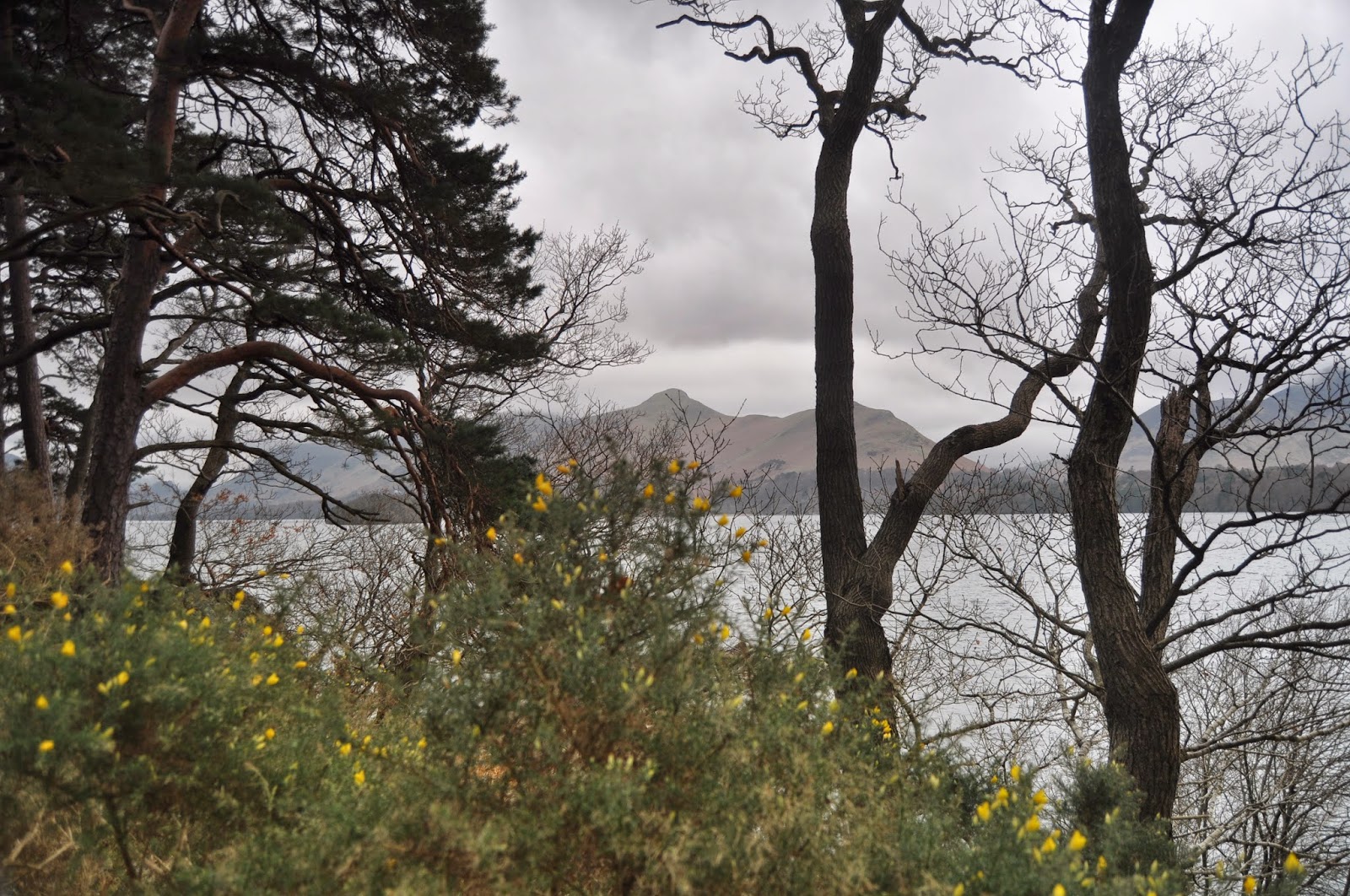 Here the famous view from the end of Friar's Crag - that's Catbells on the right. 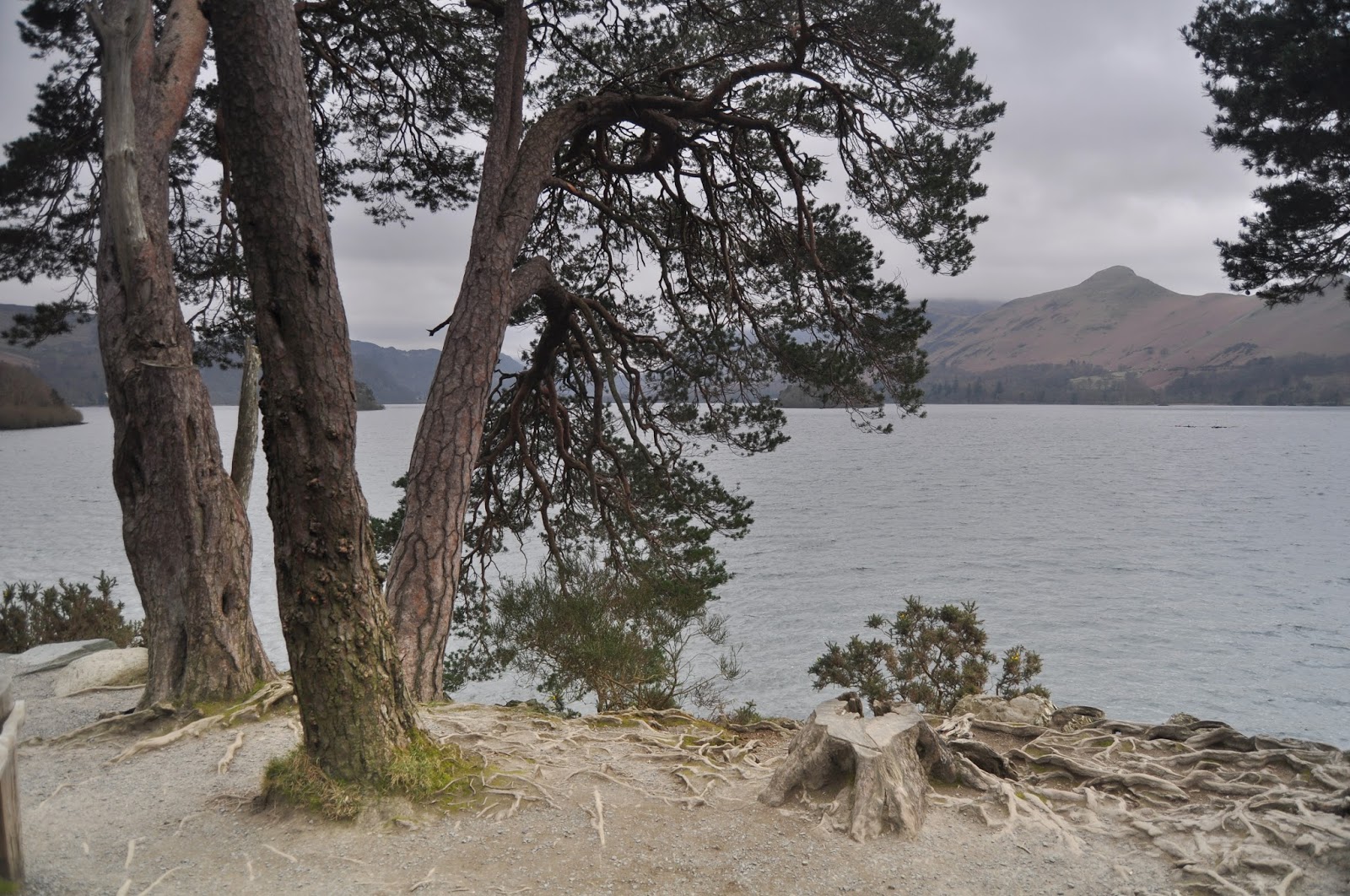 “The first thing which I remember as an event in life was being taken by my nurse to the brow of Friars Crag on Derwentwater.”  wrote buttoned-up Victorian art critic and philanthropist John Ruskin, declaring this view to be one of the three most beautiful in Europe.   (Maybe someone can tell me what the other two are...?)

The Crag may also be familiar to readers of Arthur Ransome books, as Darien, the children’s lookout point in ‘Swallows and Amazons’.   Basically, it's a view which aches of adventure and childhood and the great outdoors. 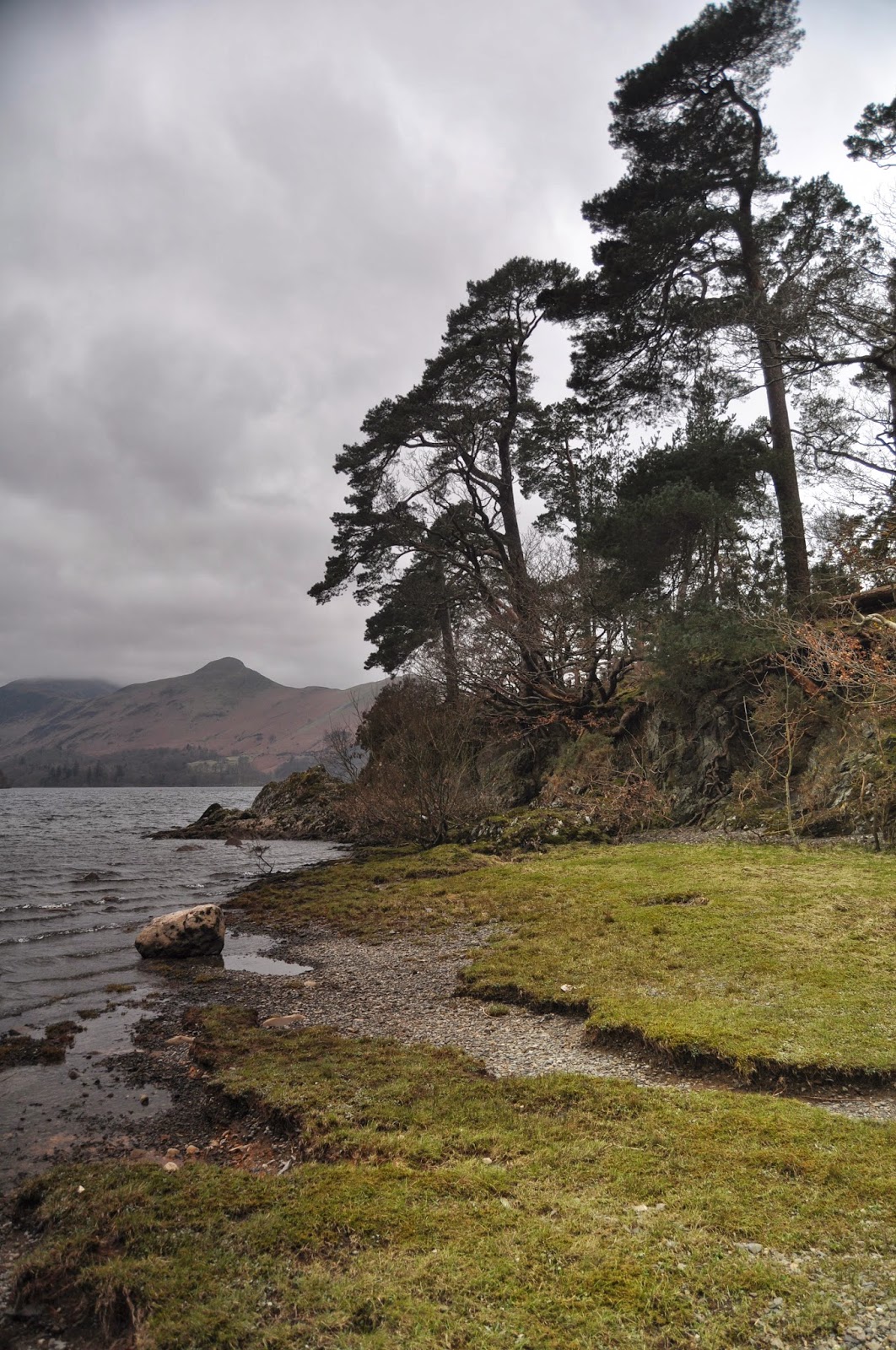 I'm now back in the studio, working on paintings of this photo session for a show later in the year.