Sculpture class is drawing to a close for this term, but I'm still frantically trying to get to grips with a whole range of techniques.  Last week, it was paper clay - mashed-up paper fibre mixed with slip in a 1:2 ratio, moulded and fired to produce a very light but durable ceramic.  (That's the theory - I've still to see the finished article...)

Here's a small figure which I've made in wax, which is going to be cast as part of the 'lost wax' process.  This is the front... 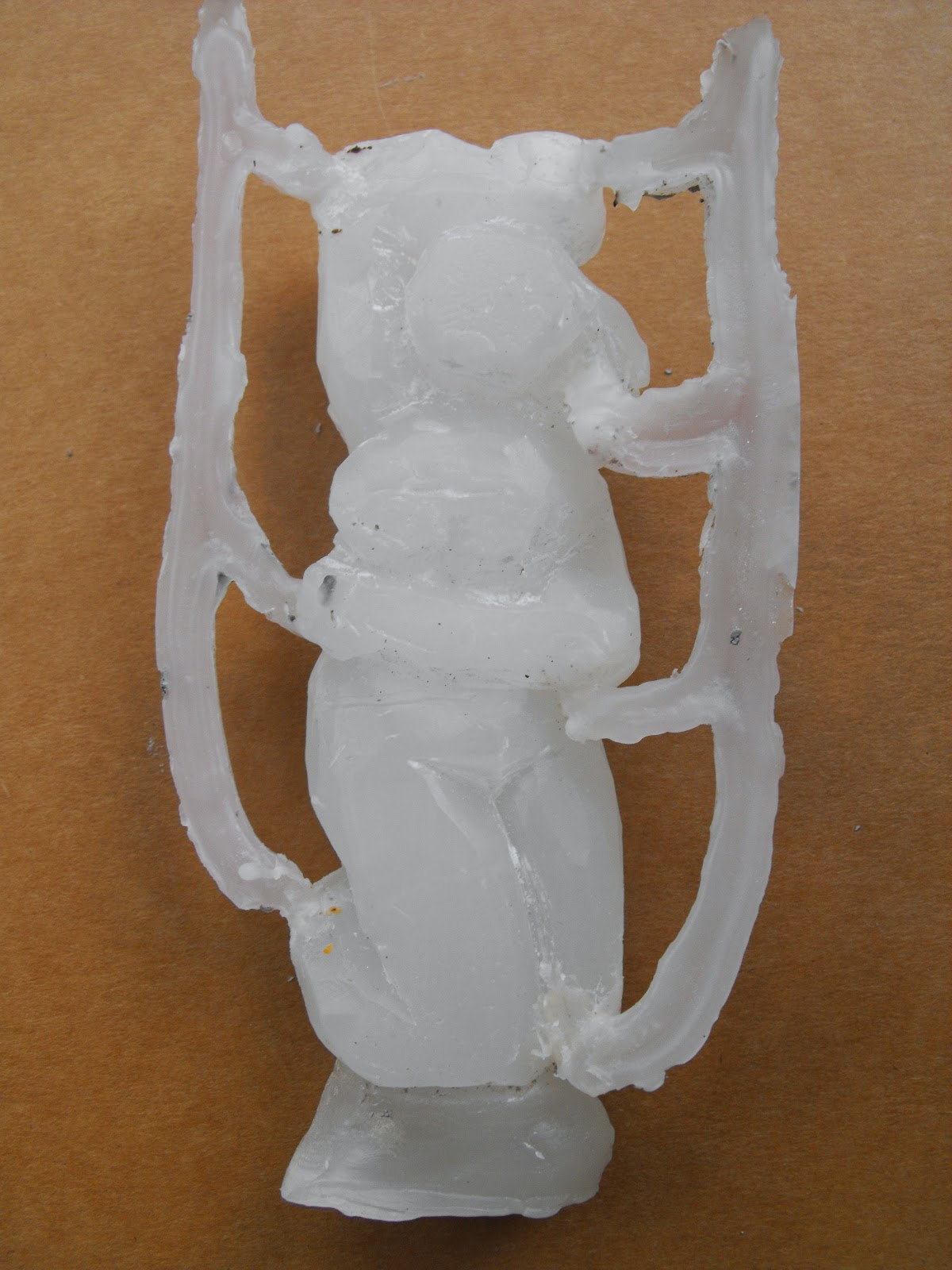 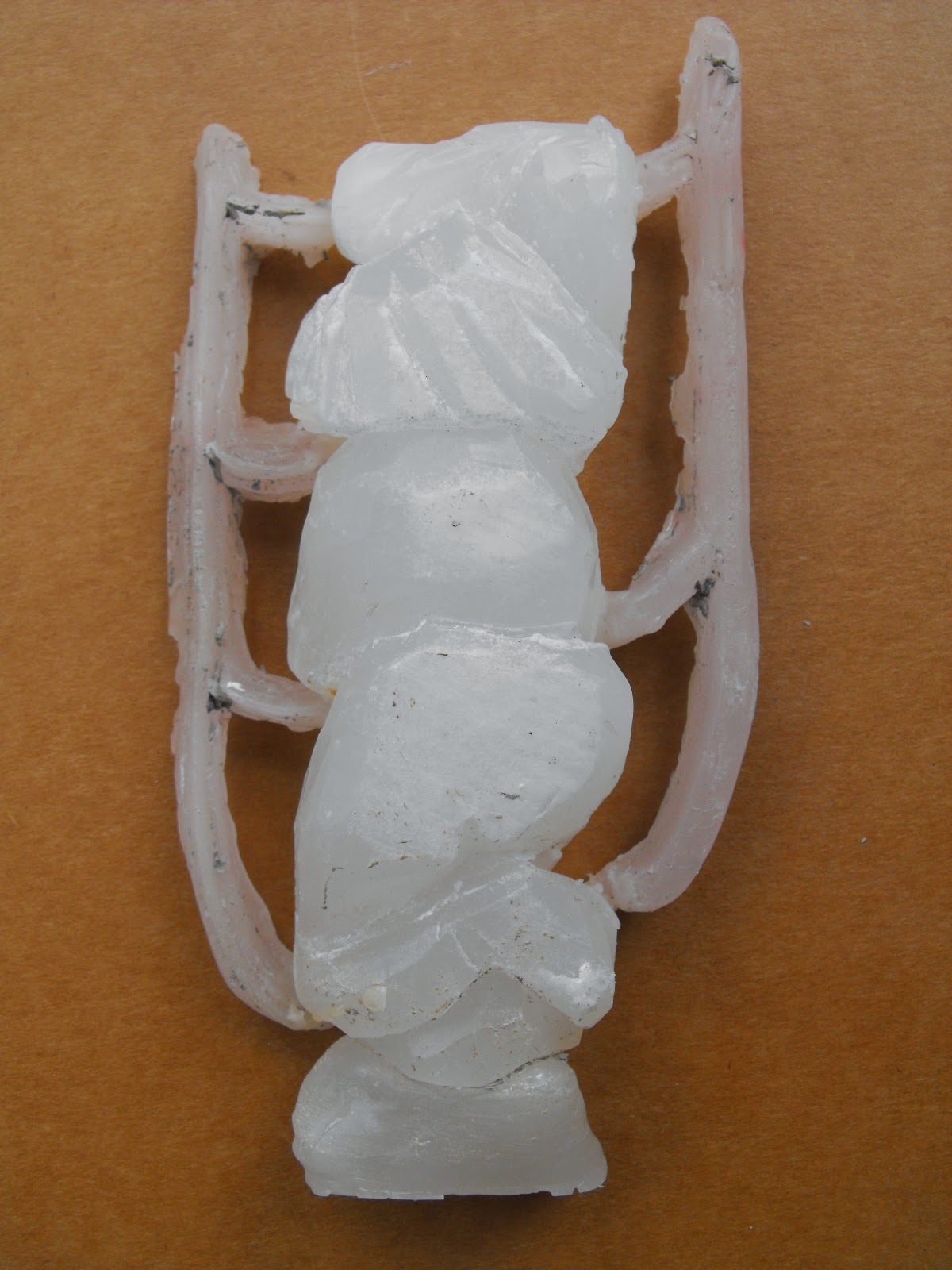 It's a rectangular block of wax carved with limited tools in a limited time with limited skill, so you're looking at a kneeling female nude figure with her right arm over her head and her left arm over the front of her body.

The things like skate blades or antlers down the sides are the breather pipes, which will let air escape from the mould when the hot pewter is poured in and the molten wax escapes.  Or something.  I've only the vaguest idea of what I'm doing, but you can have a look at a video all about the process HERE.  It shows the casting of Degas' wax model of the Little Dancer Aged Fourteen Years.

Obviously my sculpture is of exactly the same sort of standard, and the final results will be comparable and ultimately housed in a museum near you.
Posted by Judith at 16:07