My paintings have arrived at the Lime Tree Gallery in Bristol, ready for the 'Beside the Sea' exhibition which opens on Saturday.

I'll be exhibiting with two other artists, Euan McGregor and Davie Smith, and the paintings are all on the theme of the sea.


For a few moments, the rays of the setting sun caught the curved forms of the pier on the deserted beach.  Then just as quickly, the moment was gone.

I was treated to a particularly magnificent sunset in Weston Super Mare.  Here, the sun changed to a white-hot circle just dipping towards the horizon, and the whole sky was ablaze. 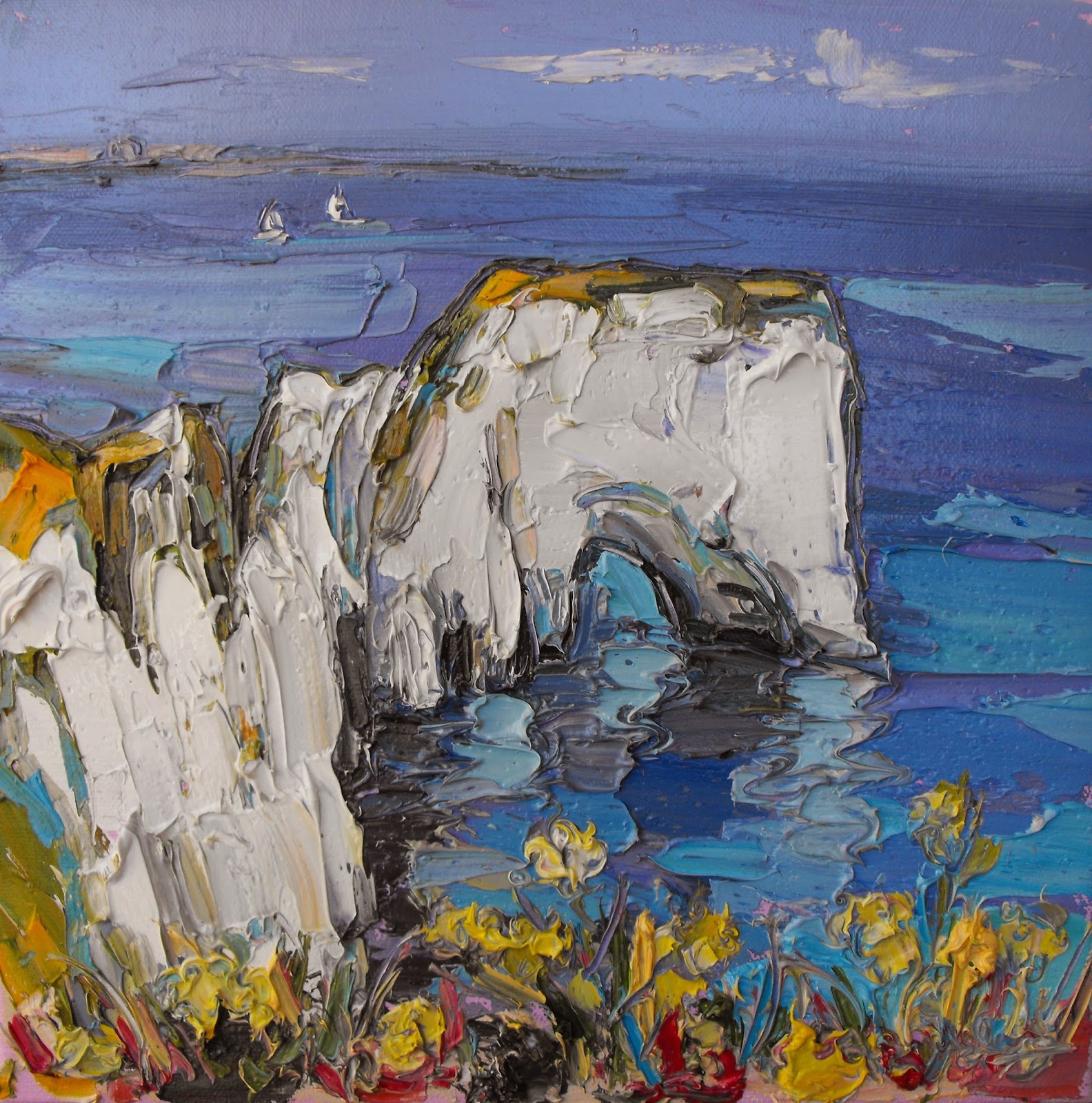 
It was quite a hike in the heat along to Old Harry Rocks, but worth the trek.  The white of the rocks was very bright in the sun, and across the bay in the haze there was Poole on the left and Bournemouth in the distance to the right.  Yachts were out for a summer sail, their jaunty white sails echoing the white of the cliffs.


Lulworth is a great cauldron-shaped cove, with a curving pebbly beach and colourful yachts moored.  By night, the beach was a little tricky to negotiate, even by the light of a full moon in a clear velvety blue sky.  It made the cove look both mysterious and exciting, like an illustration from an adventure book. 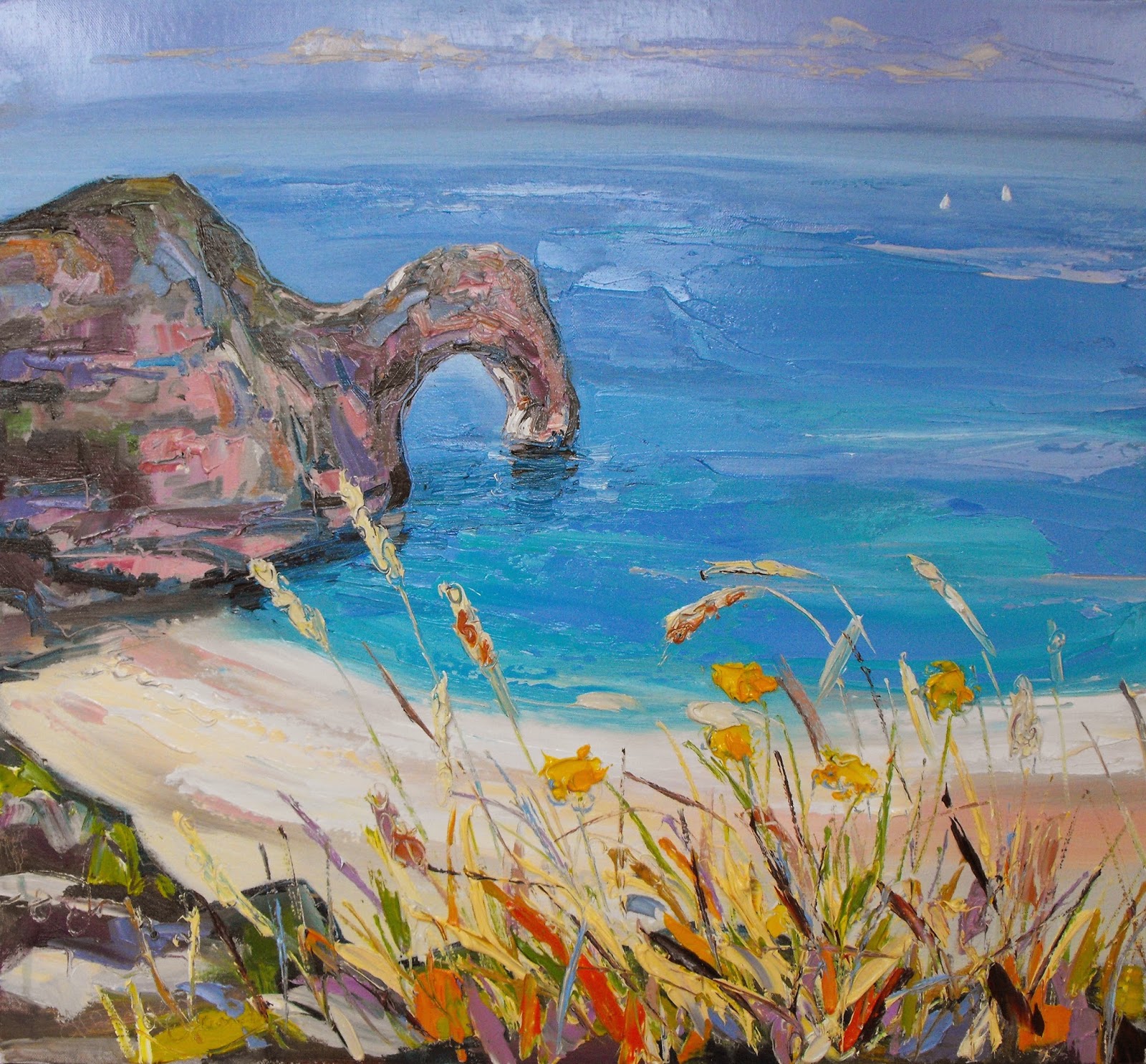 Summer at Durdle Door (Oil on linen, 24 x 26)
I was in Dorset during a particularly hot spell of weather.  I took a walk along the Jurassic coast, where a long walk in the heat is rewarded by many unusual rock formations and interesting little coves.  Here, the cerulean sea was very flat and shimmering in the heat, with the long low shape of the Isle of Portland just visible in the haze on the horizon. 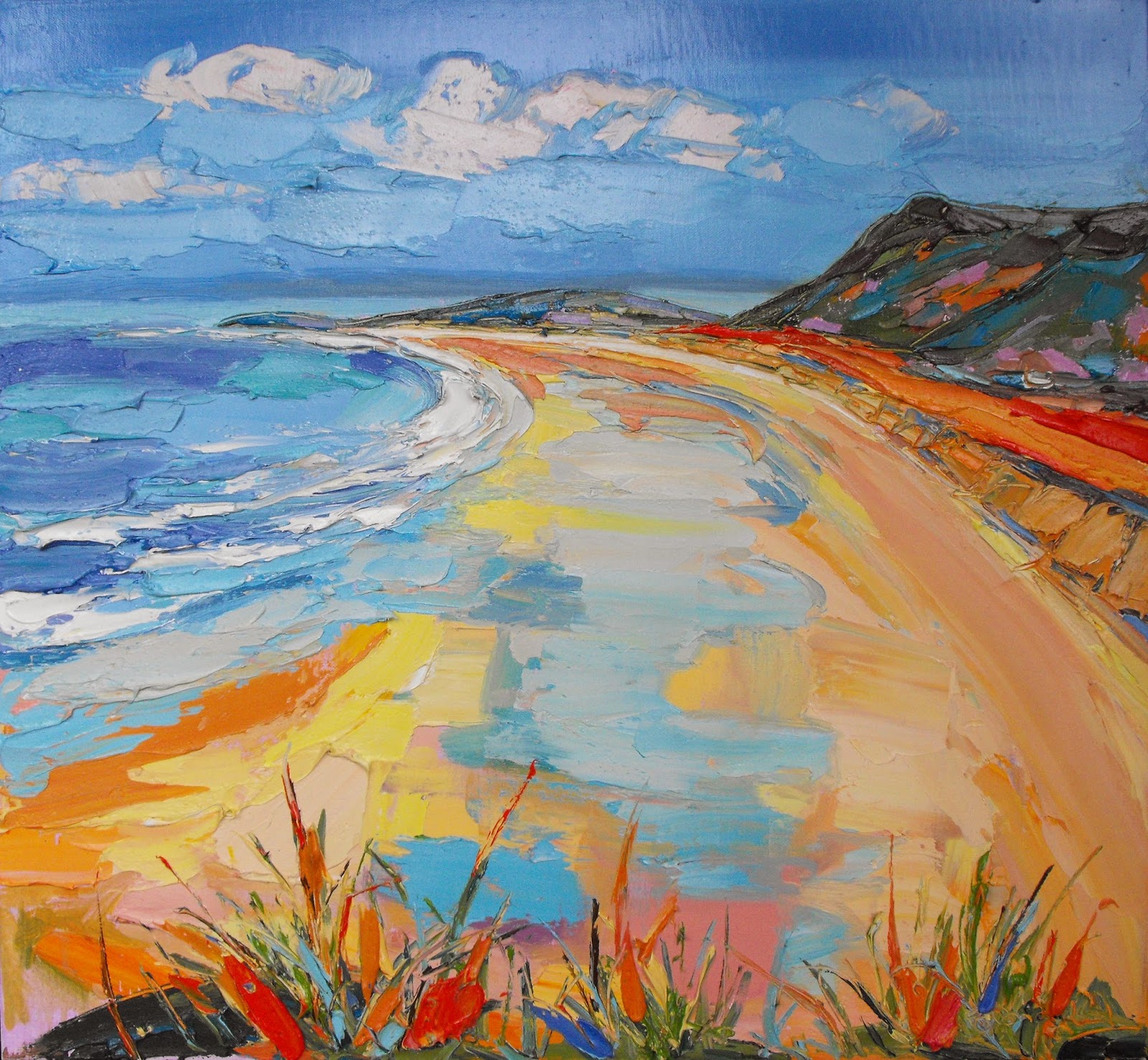 The weather hadn’t been particularly kind on my trip to Wales – it was very, very wet  But then often the best paintings can come out of the most dramatic weather.  After a day of travelling about in intense rain, the sun came out on the Gower peninsula.  The beautiful, smooth expanse of Rhossili Bay stretched far out into the distance, shimmering with rain and seawater.

The exhibition opens on Saturday 29th March with a preview at the gallery from 11am - 4pm.  All welcome - hope to see you there!
View all the paintings on the website HERE.
Posted by Judith at 13:25