This is the newly unveiled Orbit Tower, built in London for the 2012 Olympics. 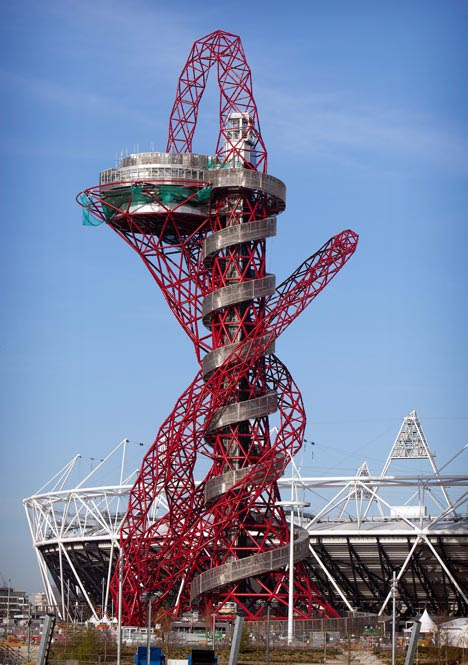 It's a 115 metre high scultpure designed by Anish Kappor and structural engineer Cecil Balmond.  Visitors will be able to ascend in an elevator to the top to stand on an observation deck.

I'm not sure what your initial reaction is.  It somehow reminds me of something scientific, but without the beautiful pattern - like a diagram of a double helix gone wrong, or blood capillaries spurting.  It has a certain roadkill feel about it - something's got run over, and it's all a bit of a mess.

However, it does seem to look better at night... 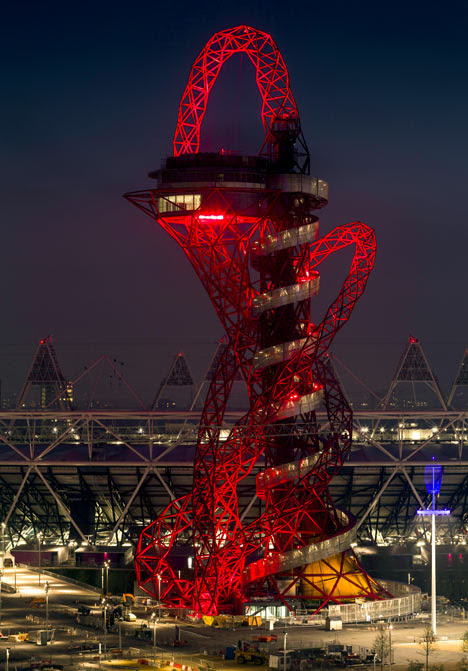 This is Turner-prizewinner Kapoor's Marsyas, which was exhibited in the Turbine Hall at the Tate Gallery in London. 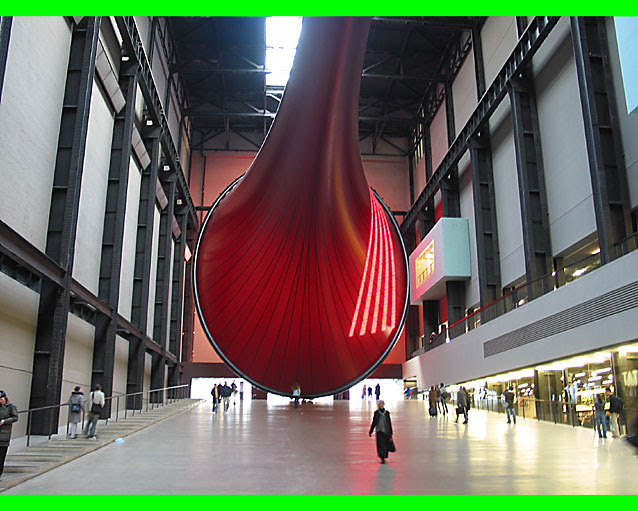 You can see that he enjoys making big, audacious, colourful pieces.  However, whilst Marsyas would appear to have a certain elegance (although unfortunately it's one of the Unilever series that I didn't see), I'm afraid I can't say the same for the Orbit.  Obviously I'm not standing underneath it to see it, but it strikes me that it's not exactly...

Or maybe I'm missing something.