Seeing a 22 year-old painting of mine come up for sale on Ebay got me thinking back to 1990, and the events that were held during Glasgow's year as City of Culture.

One of the most memorable events was a show of Stuart Sutcliffe's work at the Barbizon Gallery.  The exhibition blew me away, and looking back now, I realise that there is a lot in his work with textures and collage that is of interest in my own work. 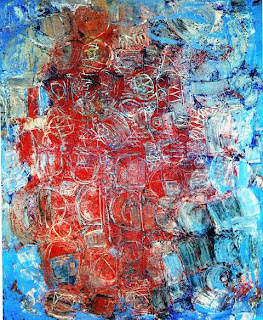 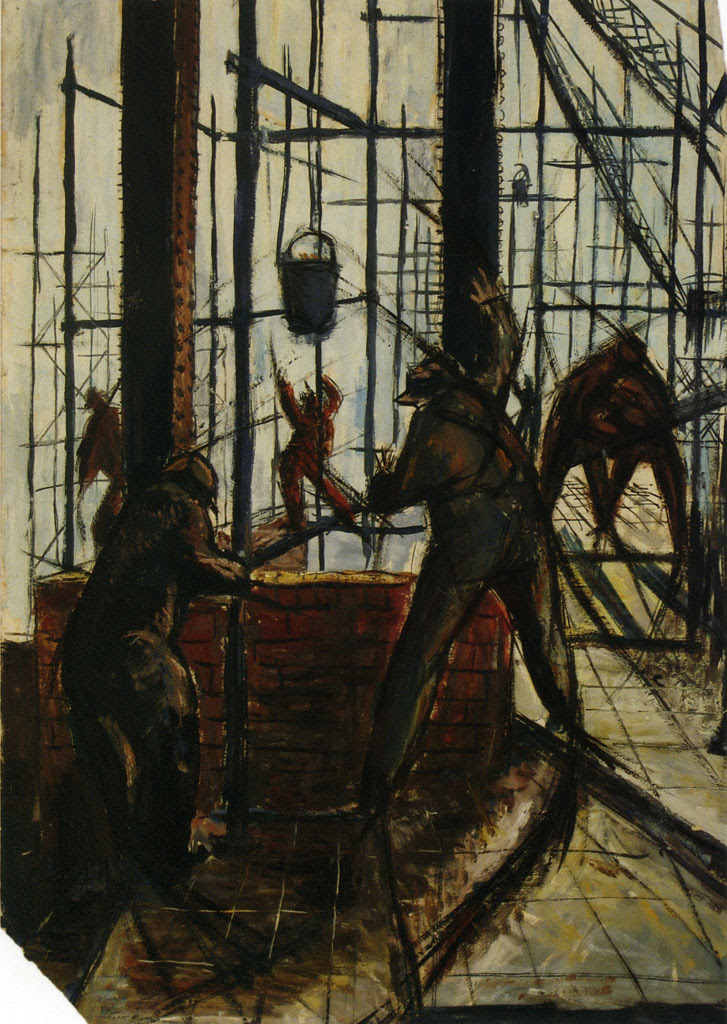 Then, I had only vaguely heard of Stuart Sutcliffe as 'the fifth Beatle' - not that I was really keen on the Beatles (too young when they were around), but when I saw the work, the exhibition made a really big impact on me.

This is Stuart Sutcliffe, photographed by his fiancee, photographer Astrid Kirchherr in 1961.  It's her favourite photo of him. It's a very powerful image.  He has a very modern, almost androgenous look about him, and his eyes look confidently straight at you, no matter which angle you look at the photo from.  It's like he's almost glowing with an inner energy.

This is him again, also photographed by Astrid. It's a very potent and modern image, the sort that you could imagine opening a magazine today and seeing, with a timeless, ethereal white background.  It's Astrid's jacket that he's wearing, a softer leather jacket than the sort men wore in the 60s, so he's at once feminised, but also very masculine.  Take it from me - he's hot.

It's all about contradictions, and the energy and tension between those contradictions; masculine and feminine, confident yet with vulnerability, over half a century old but still bang up to date.

Stuart Sutcliffe was Scottish, born in Edinburgh in 1940.  His family moved to Liverpool in 1943, and, gifted artistically, Stuart entered Liverpool Regional College of Art at 16.

There he received, by all accounts, a tremendous grounding in art as a craft, with the emphasis on life drawing and observation.  His tutor was Arthur Ballard, a skilled practitioner of non-figurative (not abstract) painting who encouraged promising students through extra drawing classes and tutorials.  He knew the London art scene and members of the St Ives School who were abstracting from landscape; Roger Hylton, Patrick Heron, William Scott and also Peter Lanyon (read more about him in my blog here), whom Ballard knew well.  Here's a drawing of Peter Lanyon's.... 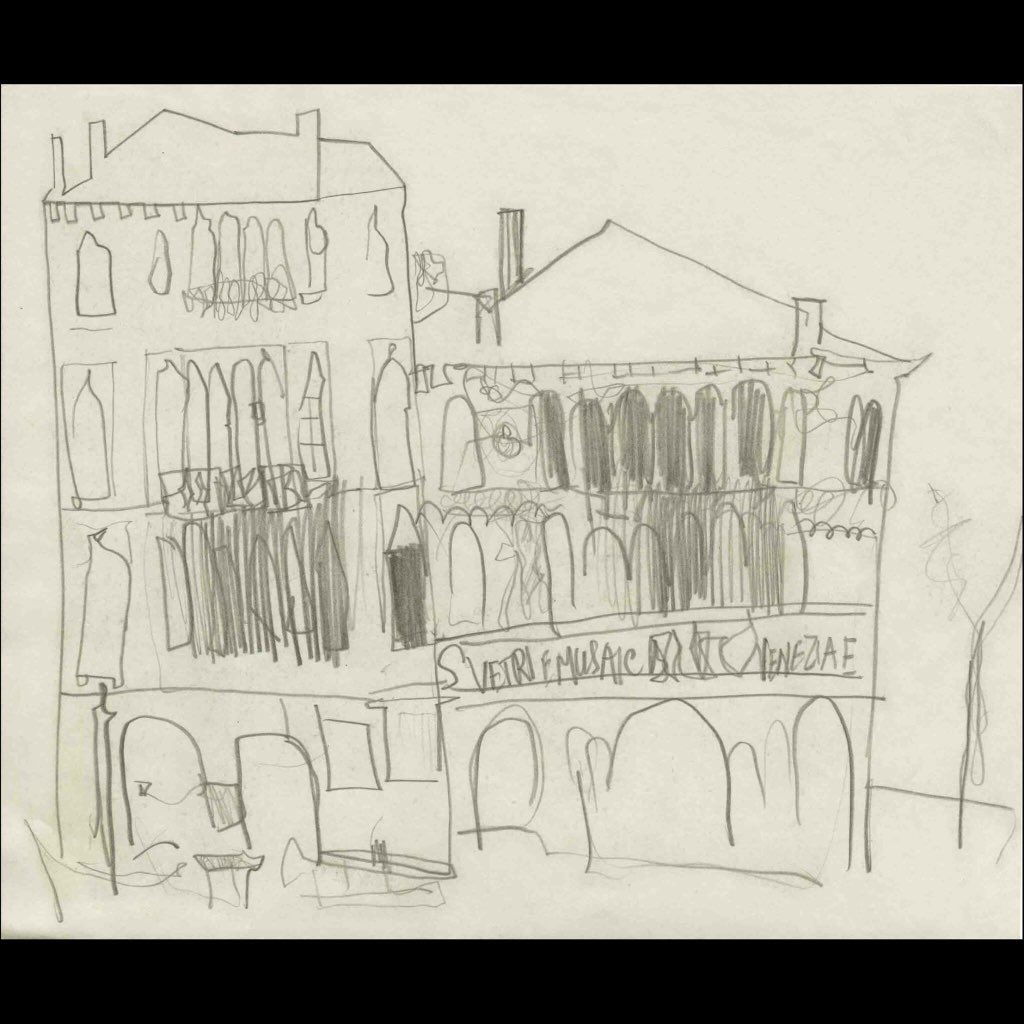 ..and a page from one of Stuart's sketchbooks at art school.... 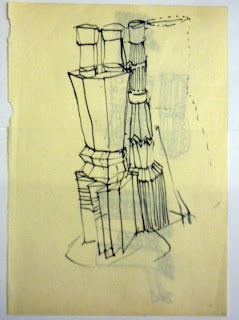 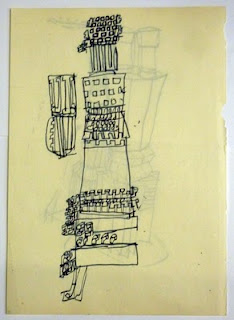 In 1959, aged 19, Stuart entered a picture, Summer Painting, into the John Moores Exhibition at the Walker Art Gallery in Liverpool.  Apparently, he only entered half of the intended diptych, the other half getting left in his studio.  No matter - the painting not only got into the prestigious exhibition, but was purchased by John Moores, an incredible achievement for an artist who was still a student.  With the money, Sutcliffe was persuaded by fellow art student John Lennon to buy a Hofner President bass guitar, and to join John's rock 'n' roll group, the Quarry Men, as bass guitarist.

In 1960, the group toured Scotland, and Stuart graduated from art school.  In 1961, the group, now called the Beatles, visited Hamburg for the second time, and Stuart decided to enrol at the city's State School of Art, at the invitation of Eduardo Paolozzi.

Paolozzi was a Scots-Italian sculptor (see more about him in my blog here), and there is certainly a very sculptural quality to Sutcliffe's drawings.  His drawings, with their expoloration of form and texture, often resemble Henry Moore's sculpture studies, or Paolozzi's in their reference to mechanical structures. 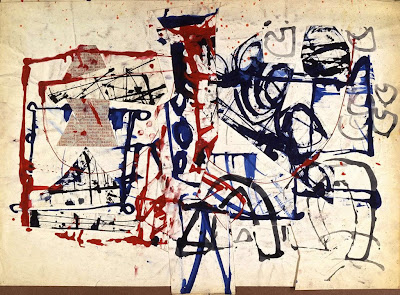 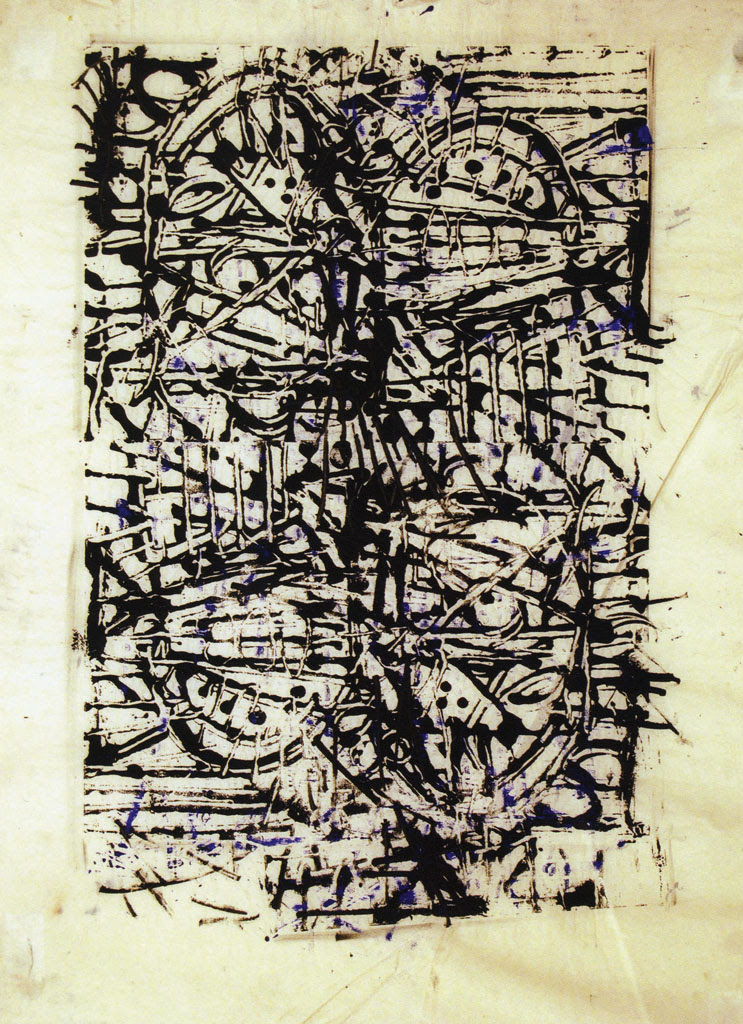 In this outpouring of art, he left the Beatles to concentrate on his painting.

It was in Hamburg that Stuart fell down the stairs from the attic flat in Eimsbutteler Strasse, where Astrid lived with her mother.  Afterwards, he suffered headaches, nausea and depression.  On 10 April 1962, aged just 21, he died of a brain haemorrhage.

When someone talented dies young, the question is always, 'what if...?'.  There are many artists who have died young, and they leave a sad, tangible ball of potential energy hanging in the ether.  Where was all this talent going?  Would Sutcliffe have been noticed if he wasn't connected to the Beatles?  Were there great things ahead?  The answer is, we'll never know.

Astrid says she still thinks about him every day. 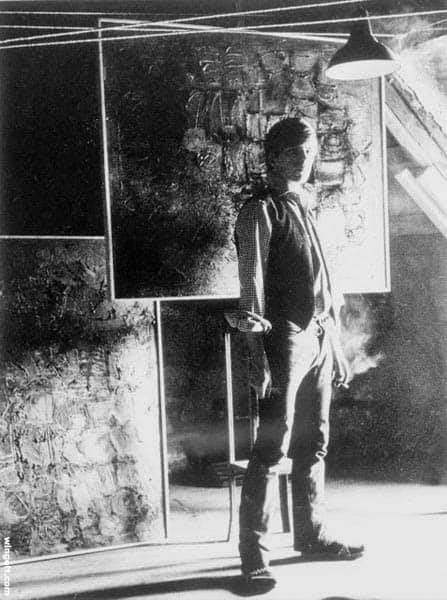