My solo show at Duncan Miller Fine Arts is just round the corner in St James's from the Royal Academy.

Knowing well in advance that my solo show in London would be coinciding with their Painting the Modern Garden exhibition, I decided to use that as one of the strands for my own show.  I thought it would be fun to use the theme of the garden as inspiration and to contrast  it with other themes in my show such as the urban scenes and wild coastlines.  Hence the title, From City to Sea. 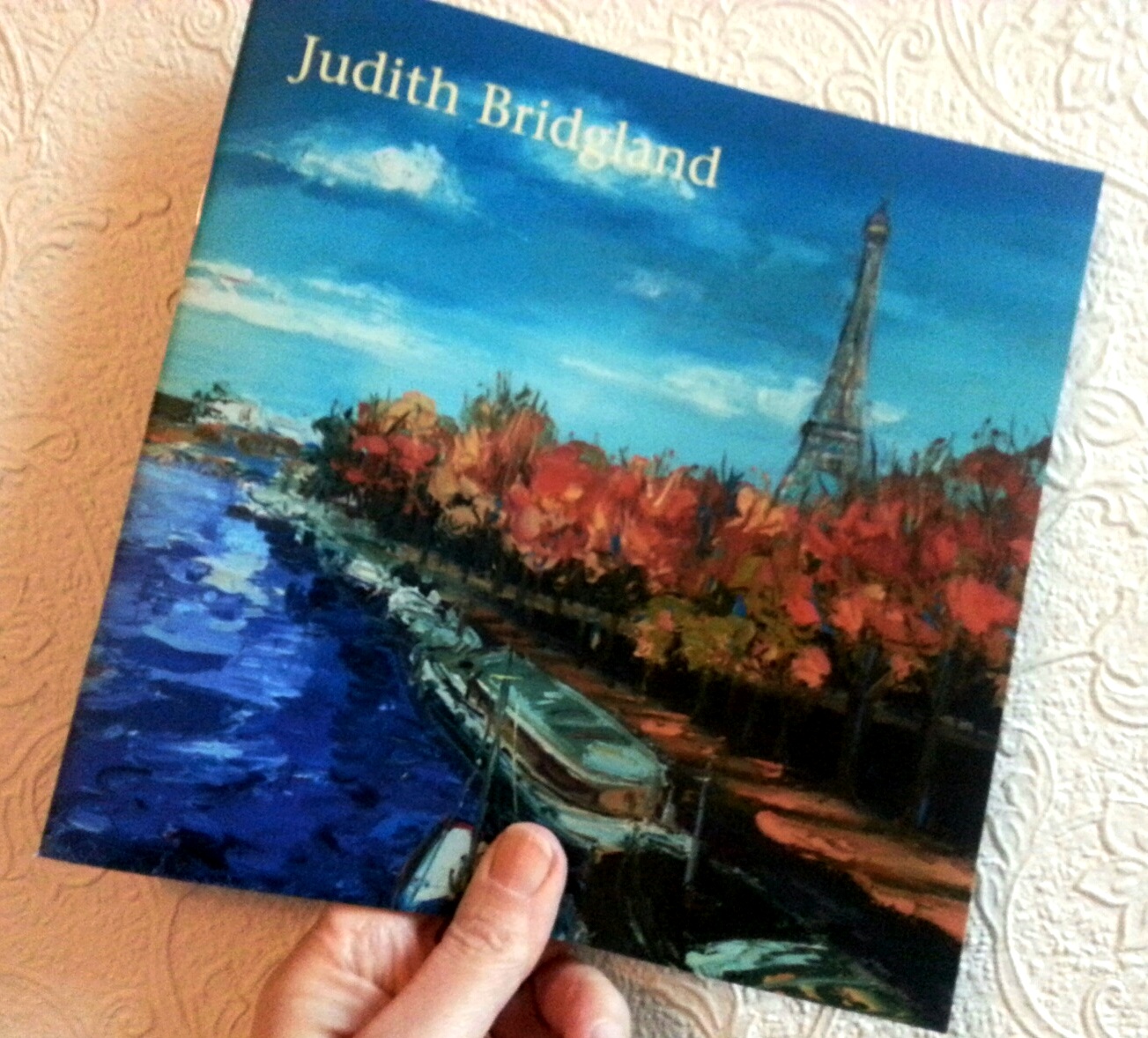 The secret is all in the planning, so throughout last year I took photos in my own garden, which I'd planted with bulbs from visits to Amsterdam and wild flower seeds.  Not exactly applying for planning permission to flood the fields at Giverny to build Monet's waterlily ponds, but it's thinking ahead nevertheless!

I then made a series of little jewel-like canvasses, aiming to capture the essence of the colour combinations. 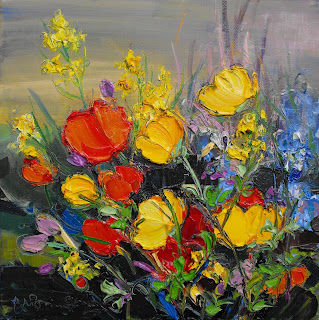 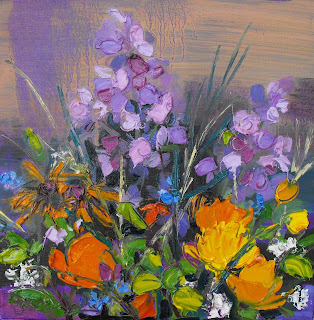 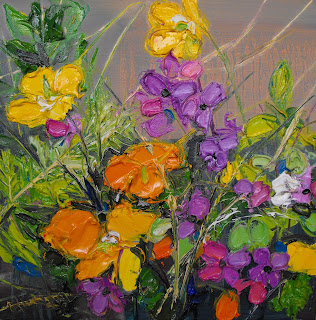 
I also made visit to formal gardens at Kew and Edinburgh, and made paintings of the autumn trees in the grounds.  This is a grove of elegant cherry trees, with beautiful deep red elongated leaves glinting in the sun. 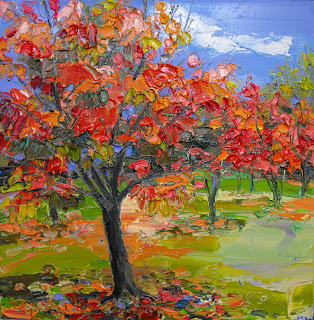 
I visited the water lilies in the glasshouses when they were in bloom in late July and the beginning of August.. 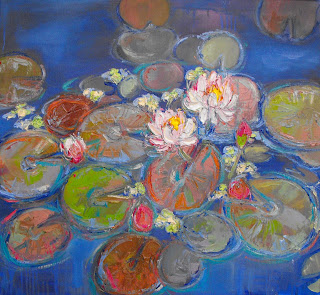 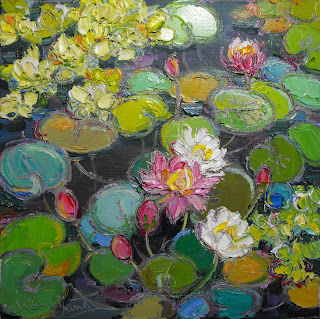 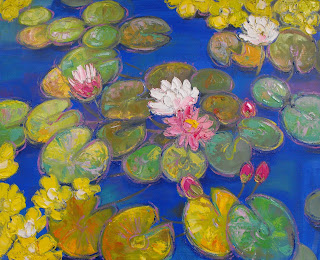 ..and also in the glasshouses at Edinburgh Botanical Gardens... 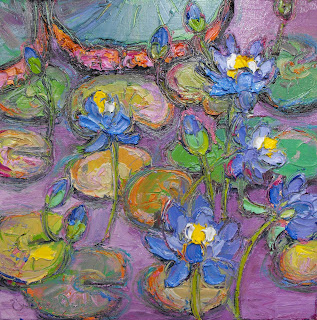 ..and also in the water of one of the fountains in Central Park in New York. 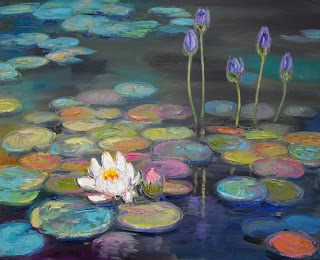 Having decided on the themes of the show, such as waterlilies, autumn trees, spring flowers, it's then a question of getting out the diary and planning location trips to gather material at the appropriate times throughout the year.  Autumn is always much later in London than it is here in Scotland, so it's all in the timing.  I also always carry my camera, so that I can take photos wherever I am - combining the serendipitous with the planned.

Bringing together a solo show is therefore the culmination of a whole year of careful planning, allowing the accidental to happen, and an awful lot of travel!
Posted by Judith at 14:14