Sad news to hear that Cyril Gerber has died. 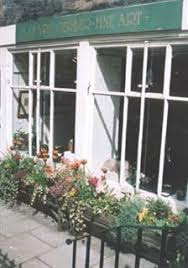 A major figure on the Scottish art scene, he founded the New Charing Cross Gallery in Glasgow in 1963 with Bet Low and John Taylor.  Just to put that in context, Glasgow wasn't exactly known for its artistic side in the 1960s - it was all grey fog, shipyards, razor gangs and murders (in fact, our next door neighbour was leading the Bible John investigation).

In 1969 the Compass Gallery was opened, which was a starting point for the careers of young Scottish artists in a city which had very few outlets for their work.

Cyril Gerber Fine Art was opened in 1983, showing British art and sculpture such as the Glasgow School, the Scottish Colourists,  the St Ives School such as Peter Lanyon, and Modern British artists, including William McCance, Anne Redpath, Matthew Smith and Keith Vaughan.

Going down to the small, intimate space of the gallery in West Regent Street and browsing around was really special, as you could see a Ferguson, or pick out a Henri Gaudier Brzeska drawing, or handle a Joan Eardley pastel from a pile on the floor.