Now, despite its size, you may be forgiven for having actually missed the gi-normous Damien Hirst painting at the centre of the closing cermony for the Olympic Games. 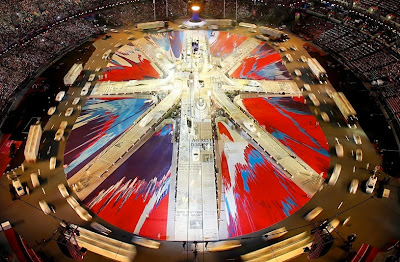 Yes, that's it there, that Union Jack red white and blue smudgy thing in the middle... 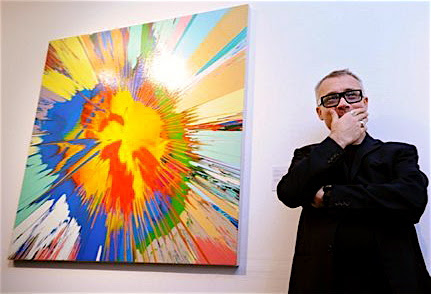 Now, if you did ever make something at home with your Magic Spin Art in about 1972 that looked uncannily exactly like this, there are several give-away criteria that would easily distiguish your poor effort from that of Damien's masterpiece. 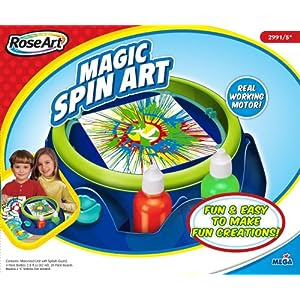 But I'm being peevish.

'Art is what you can get away with,' said Andy Warhol.  It's a philosophy embroidered on the seat of Damien Hirst's pants.

But to be fair, what else could he have done for such a massively patriotic event but produce a humungously big, smudgy Union Jack?  And at least there was a bit of British art right there, at the heart of the Olympics.  Art was, of course, formerly part of the Olympics, with medals awarded for architecture, literature, music, painting and sculpture from 1912-1952.

However, you just wonder what an Olympic ceremony designed by a fantasy British art team might look like.....

I'd have Roger Dean for the giant inflatables, Barbara Hepworth for some huge iconic abstract structures, giant Edouardo Paolozzi robots stomping about, dazzling Chris Ofili scenery; and then I'd throw in Paul Nash, Francis Bacon, Stanley Spencer, Peter Lanyon, Bridget Riley, all of the Bloomsbury Group....