Back in the news again, it's Damien Hirst and his spin paintings.   They've sold for more than £1m and have helped make him one of the world's most celebrated and wealthy artists. 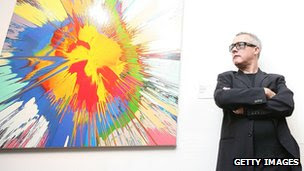 "I never thought it was real art," he says of spin painting. "I remember thinking, 'That's fun, whereas art is something more serious'.  Ah, you echo our thoughts.

Now a piece by the BBC claims that Hirst was actually inspired by the legendary John Noakes on Blue Peter, who showed plucky 70s youngsters how to construct their own motorised spinning art machines. 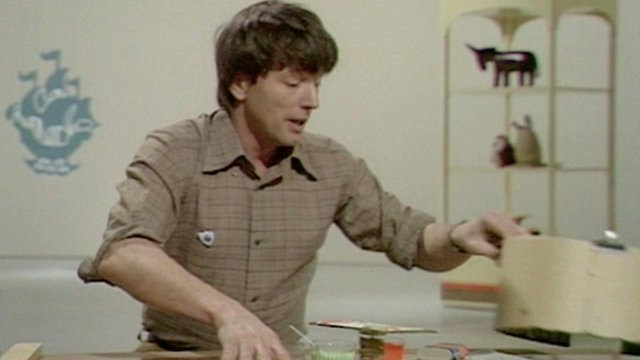 The piece contains a short video not only of John Noakes in action, but also interviews Damien Hirst.

Despite the headline of "Damien Hirst Reveals Blue Peter Inspiration", what Hirst actually says is the rather less enthusiastic, "Yeah, I did used to watch Blue Peter when I was a lot younger, and you just showed me a clip there of making a spin in 1975.  So I must have seen that."