Yes, thanks to the Sun, and a mass wearing of cut-out-and-stick-on sideburns, Bradley Wiggins has got Olympic gold.

(Print and cut out your own here - you know you want to.)


Unfortunately, I didn't see him set off on the time trial (nor did I see Sanchez unfortunately fall over the start line).  That's because I had a ticket to see Egypt play Belarus at Hampden.  In fact, I'd stupidly paid to see the game.  Nobody else in the stadium had paid for a ticket...

Anyway, this time, there were enough no queues, and enough pies to go round.  Looking round the stadium, it didn't take long to work out why.... 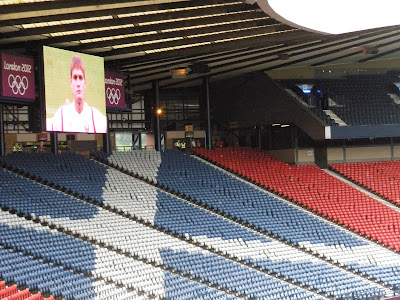 
The match was more hopeless than a game of Korean badminton, so I left at half time to go home to watch the cycling time trial.  (Apparently it all ignited at Hampden as soon as I left, to become a scintillating tussle with Egypt beating Belarus 3.1.)

Back at the cycling, Sir Bradley of Wiggins triumphed, and immediately ascended a golden throne outside Hampton Court where his first act was to decree that the National Anthem should be replaced by Paul Weller's You Do Something To Me.  Fair enough. 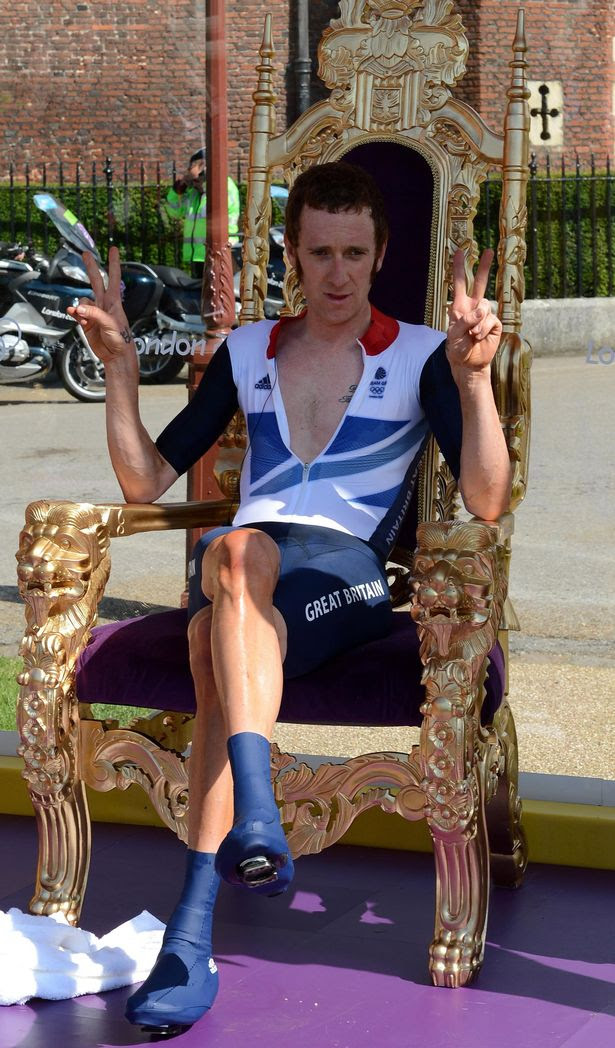 Bradley Wiggins sits on a throne after his victory in the time trial. Photograph: John Giles/PA

And with Chris Froome in bronze, that's a pretty good  past 10 days for British cycling.