I was sad to read on the front page of The Herald today of the death of one of Scotland's most famous artists, John Bellany.

His work was strongly rooted in his Port Seton fishing community childhood, and was full of eerie mystical characters who seemed to be involved in some sort of great mythical elemental struggle, often portrayed in his characteristic palette of strong reds and yellow hues. 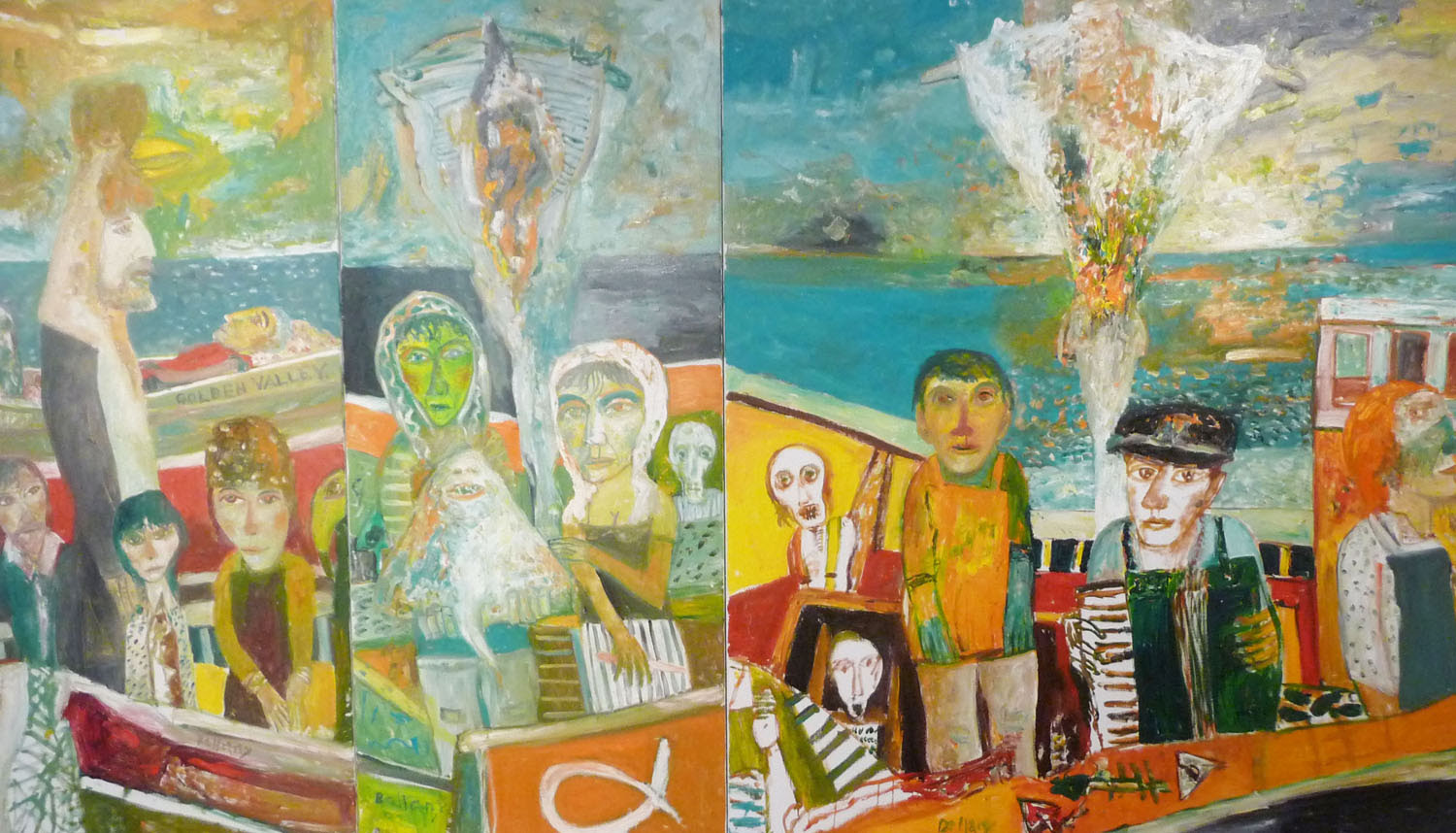 This is The Ventriloquist, from 1983.


Forming out of agitated brushwork, a skeletal figure holds up two skate, which seem to be acting as the mouthpiece for the dead person.  But it is difficult to make out what they are trying to communicate.  It is as if those who have been through the rigours of storms and who have died at sea are trying to speak, but can't quite be understood.  It is as if the dead are amongst the living, and the past is continually within the present.

Thus all that is in Bellany's life finds its expression and outpouring in his very personal work.

The 1980s were a time of great personal crises for Bellany, including health problems of three heart attacks (one outside his own exhibition) and a liver transplant.  Famously, he even painted whilst he was in hospital, gravely ill.  His illness became a subject for artistic exploration, even though he was near death.

"It is with great sadness that we announce the passing of a true Scottish giant.  At seventeen minutes past seven on the evening of Wednesday August 28 John passed away, in his studio, surrounded by his family.  He was clutching a paint brush in his hand as he took his final breath.  His passion was life and he painted as if each day was his last."

It's quite a way to go - in the studio, brush in hand, as his family stands around him.  It's such a powerful, romantic, cinematic image, that it could be one of his own paintings.

He was a very prolific artist, always painting, painting, and drawing, pouring all the passion and energy of his tumultuous, event-filled life into the art.

It was made in February this year, and has art historian Alastair Sooke sitting cross-legged on a couch interviewing John Bellany about his retrospective at the National Gallery of Scotland, called A Passion for Life.

Poignantly, the film ends with Bellany exclaiming, "I love being alive!

"I'm looking forward to the retrospective at 90!" enthuses Sooke, who's clearly captivated by Bellany and all his intense, dark energy.

"I can't promise that, but I'll do my best, replies Bellany, with a rueful sigh.