Last month I wrote about Goddess Debbie Harry of Blondie here, who's still rocking it out at 68.

Well, tonight it was another Third Age Wonder, the red-haired vision of space-punk cosmic kookiness that is Kate Pierson of the B-52s.

Yes, they may be older since I last saw them in the 90s at the Barrowland Ballroom - but then, aren't we all older?  Although some of use aren't quite so bendy or indeed so fundmentally groovy.  That's one inspirational woman.

Still singing about the girl from Ipanema going to Greenland, there was plenty of cosmic crustacea, robots, meteor showers, volcanoes, and of course lots of banging on the doors of love shacks from mini-skirted micro-beehived Kate, a strangely permanently-amused Cindy, and sprechgesang Fred. 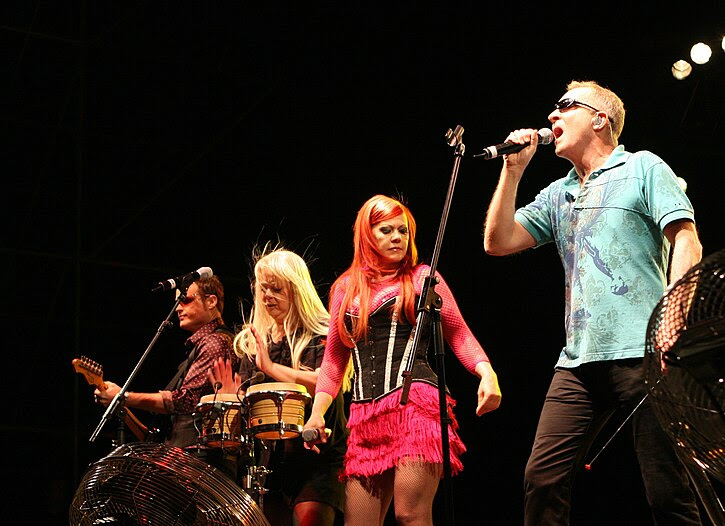 Shake those maracas and party on!
Posted by Judith at 16:01