Now, the very first gig I ever went to was Yes at the legendary Apollo in Glasgow in 1980, which was the best of times and the worst.  Because Yes had just ditched Jon and Rick and had acquired the Bugglestastic pairing of Geoff and Trevor.  To see Yes live was the most exciting thing ever.  To hear the strangled primeval screech of Trevor was a dagger in my heart.

Roll forward 20 years (stop me if you've heard this one already).  Yes play Glasgow for the first time since that day in 1980.  I have tickets.  I give birth.  I never make the concert.  However, this did lead to a slightly unhinged determination to see every available Yes concert anywhere in future, no matter what.

(The footnote to this is that we met up with the band during the afternoon, thanks to Brian Neeson of the Scottish Yes Network.  It was my son's birthday wish, since he had just turned 18, to buy Geoff a drink.  And bless him, Geoff said great, I'll have a white wine. So off my son trotted to the bar to buy his first drink.)

This time, I largely have photos of Billy, since I was sitting on that side.  Row D - the shame!! Here he is playing the harmonica - "sad preacher nailed upon the coloured door of time..." 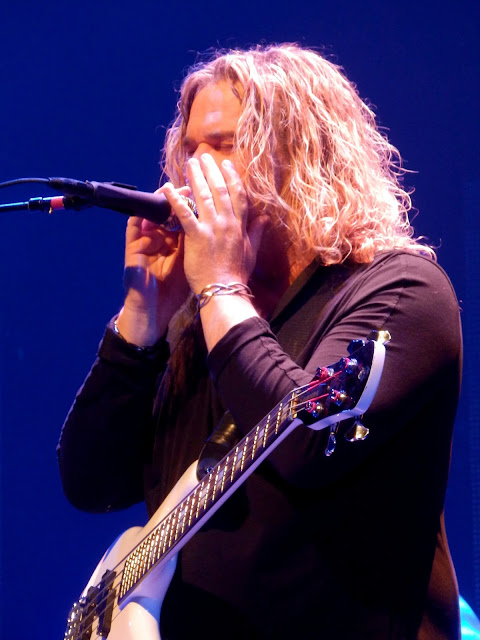 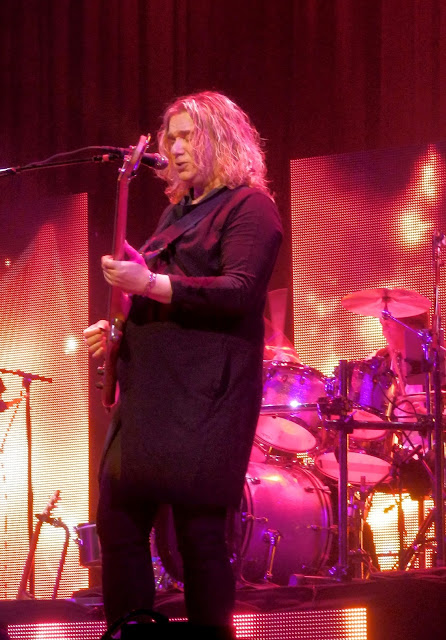 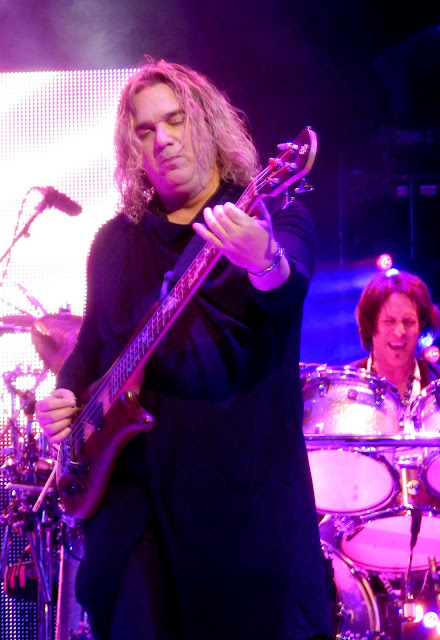 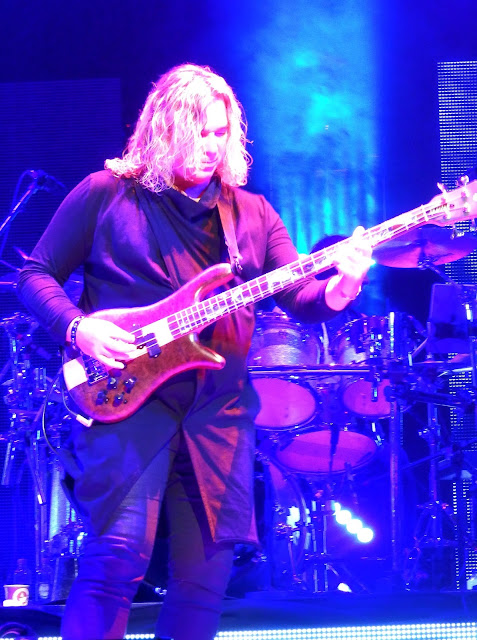 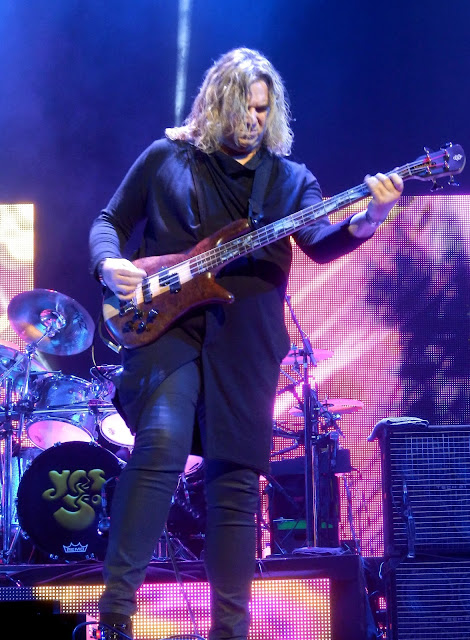 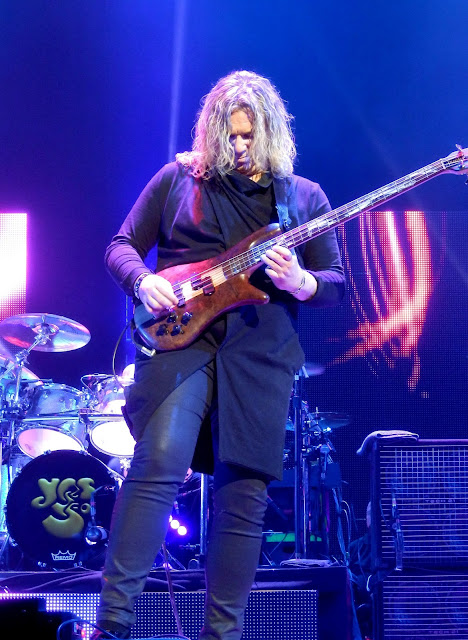 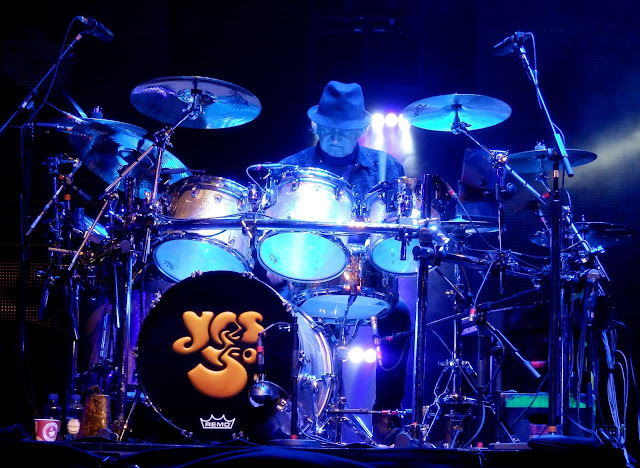 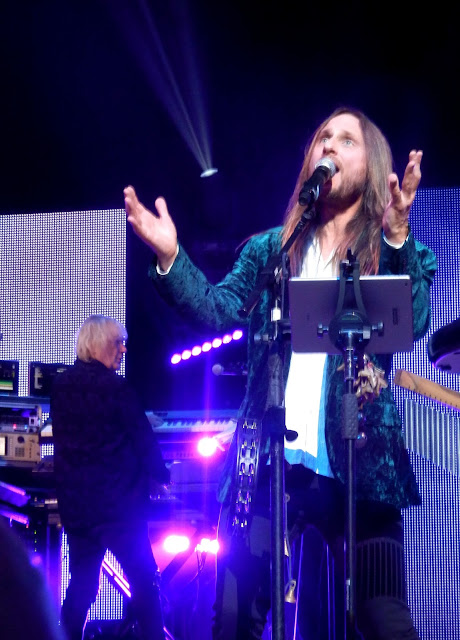 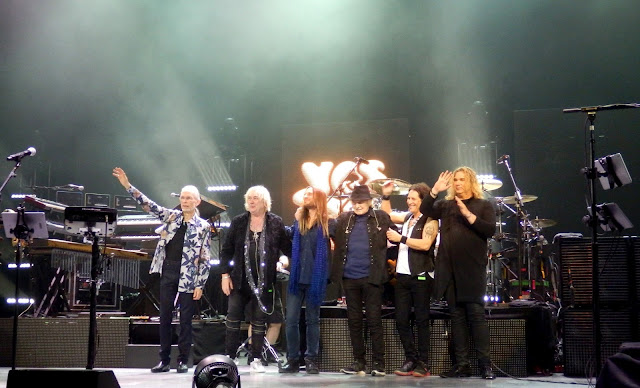 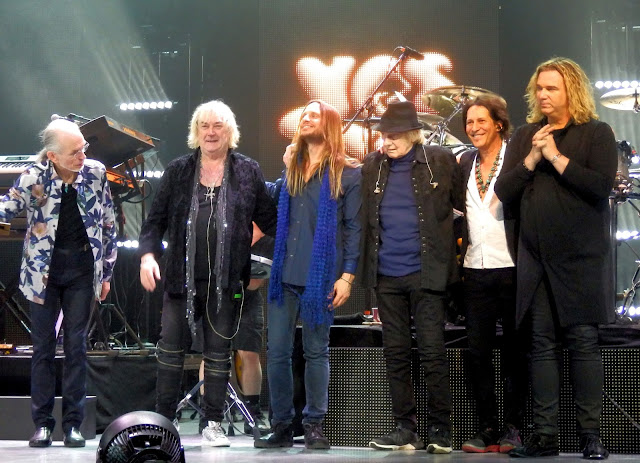 Now, none of this really tells the story of what it was like to be there, just as no recording is ever going to record the actuality of the multi-sensory experience of being there.  A recording is quite a dead, passive thing.  A recording hasn't met the band, been out to dinner, met its friends and had a drink.  Being there is literally the Real Thing. And I don't have a photo of that.

"There will be no stage approach during the encore" the bouncers told us during the interval.  So for the finale of the last two songs, the crowd immediately rushed the stage, filling the ten foot gap between the front row and the stage.  None of this sitting in your seats nonsense.  Crowd rush!! Raaaaaaarrrrrr!!!!!

Live from the mosh pit.

And that's the best bit of a Yes concert - when it's all your pals in a big crowd, pushed up against the stage singing along in a big sweaty rush of energy.  Because going on a Yes tour isn't just about watching a bunch of concerts.  It's about making a journey with your friends.
Posted by Judith at 04:17